Like toothbrushes, sandwiches, passports and gum, a Presto card should never be purchased used.

Metrolinx is warning people in Toronto this week to be wary of anyone selling second-hand transit passes on the cheap after approximately 1,100 Presto cards were stolen from a vendor last week.

The cards were all worth $20, but Metrolinx spokesperson Anne Marie Aitkins says that criminals could be selling them for more after jacking up the value with stolen credit cards.

"They'll fill the value with ... $500 and say, 'I'm moving, I don't need this card anymore, I'll sell it to you for a reduced rate,'" she said in an interview this morning on CBC Radio.

Then, once the sale has been made, scammers will cancel the card, freeze the money, and leave buyers with nothing more than a very expensive piece of plastic.

"There's a lot of people in this process that get hurt," Aitkins said. "People are losing hundreds of dollars."

This isn't the first time that Metrolinx has warned consumers about Presto scams, either. 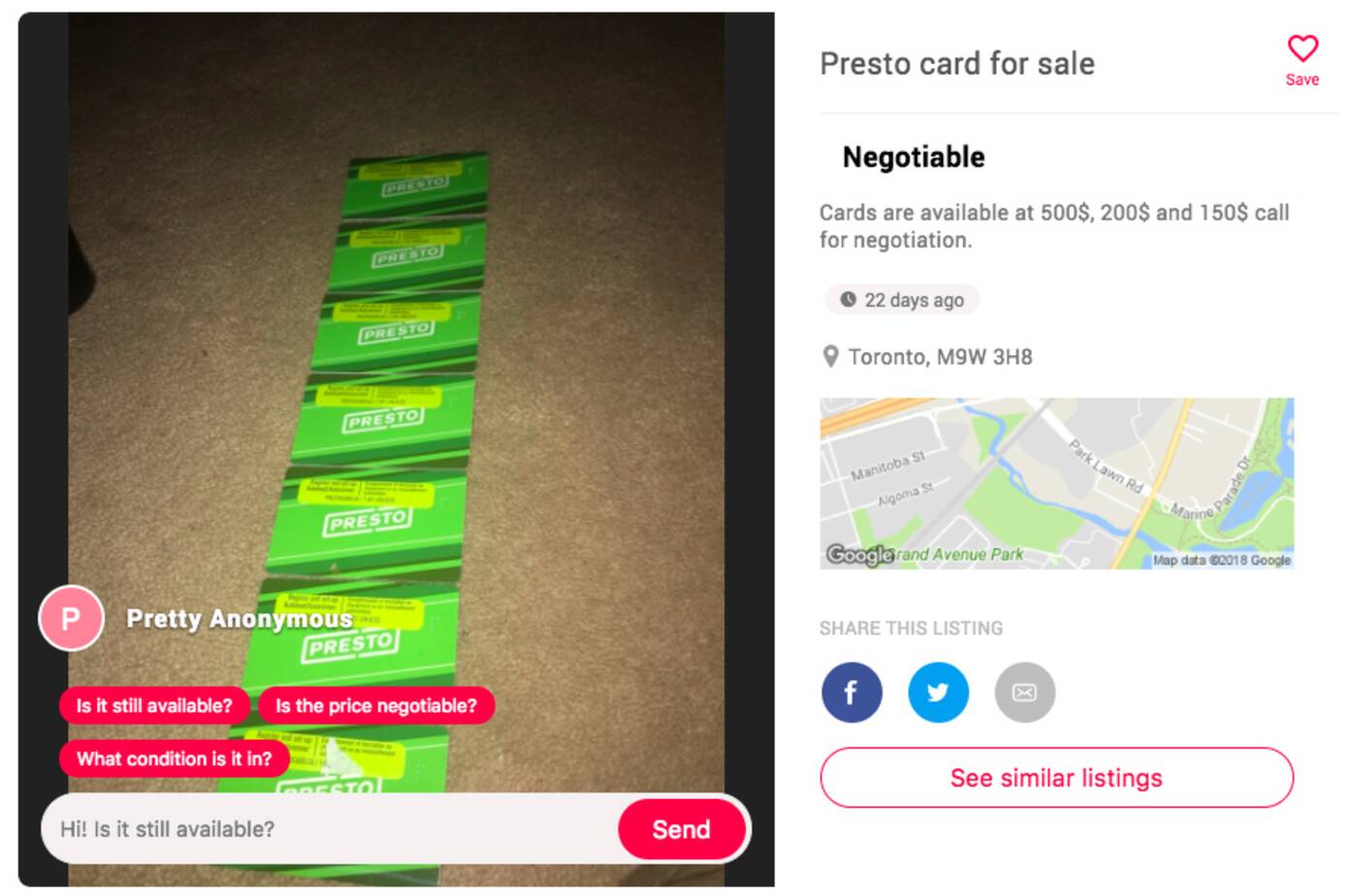 Someone Reddit pointed to this ad for Presto cards on the Letgo app as an example of "scammy" listings. It was still live as of Friday afternoon.

The transit agency reported that people were selling cards with false values on Craigslist and Kijiji in August of 2016. Last March, the scammers had become even bolder, posting ads for the fake cards on Twitter as well as other online marketplaces.

Aikins said that scammers will typically meet a potential buyer, in person, at a Presto machine to show them how much money is on the card. Once the card is exchanged for cash, the seller cancels it and disappears.

"If it sounds like a good deal it's likely not," she said this morning. "You're going to lose your money and the card is not going to work at all."