The TTC has plenty of hidden spaces that exist just beyond the purview of our daily commute, but you might be surprised just how easy it is to spot one of the biggest of these subterranean secrets.

Pay attention the next time you're walking along the platform at Lawrence Station. About a third of the way up when entering from the south side there's a section of the ceiling cut out where you can get a glimpse at one of the most mysterious places in the subway system. 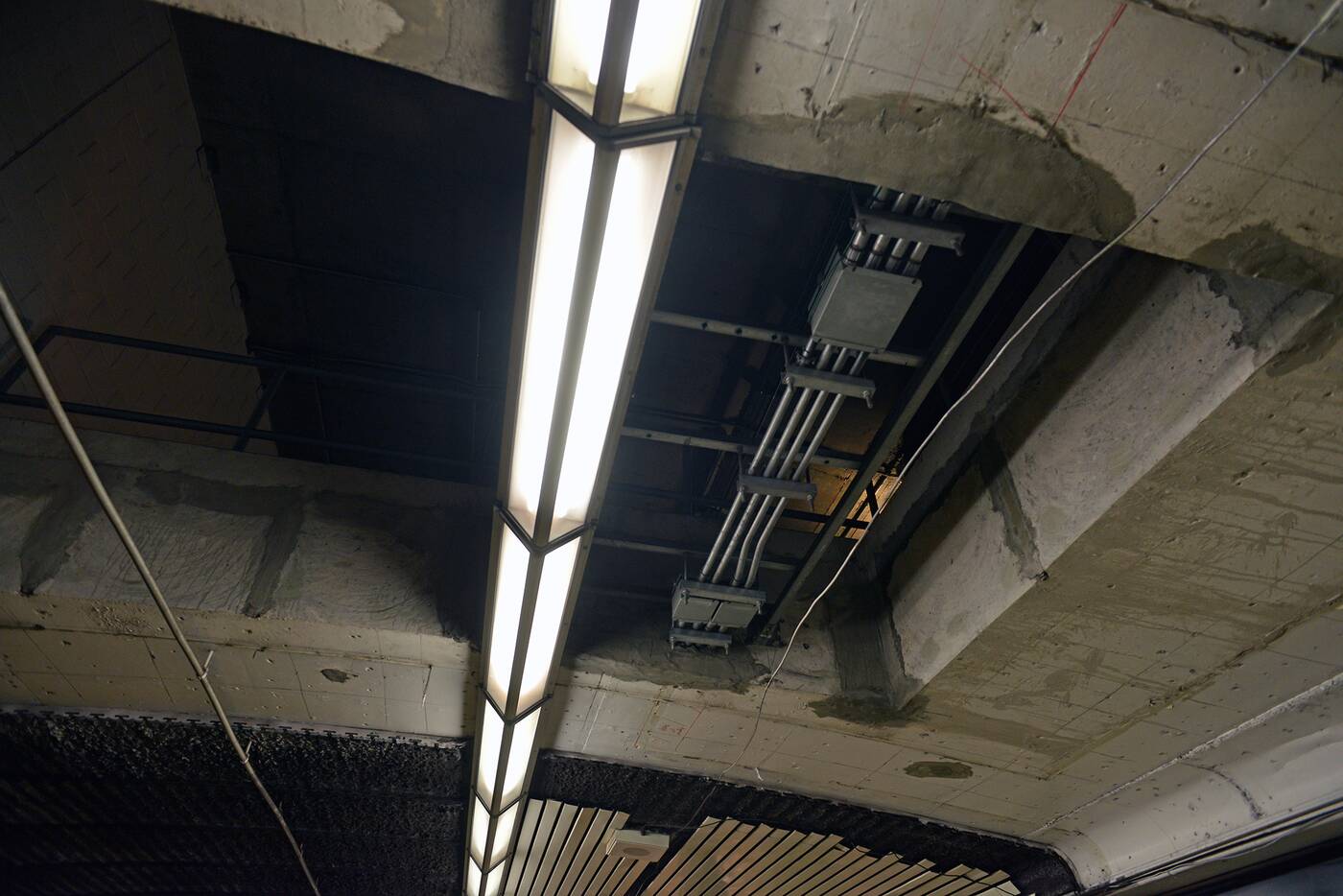 What you see from platform level when looking up toward the attic. Photo by Derek Flack.

The Lawrence attic or "bowling alley," as it's sometimes referred to on account of its layout, is an enormous underground area that runs along the top of the platform and around the north end of the station. 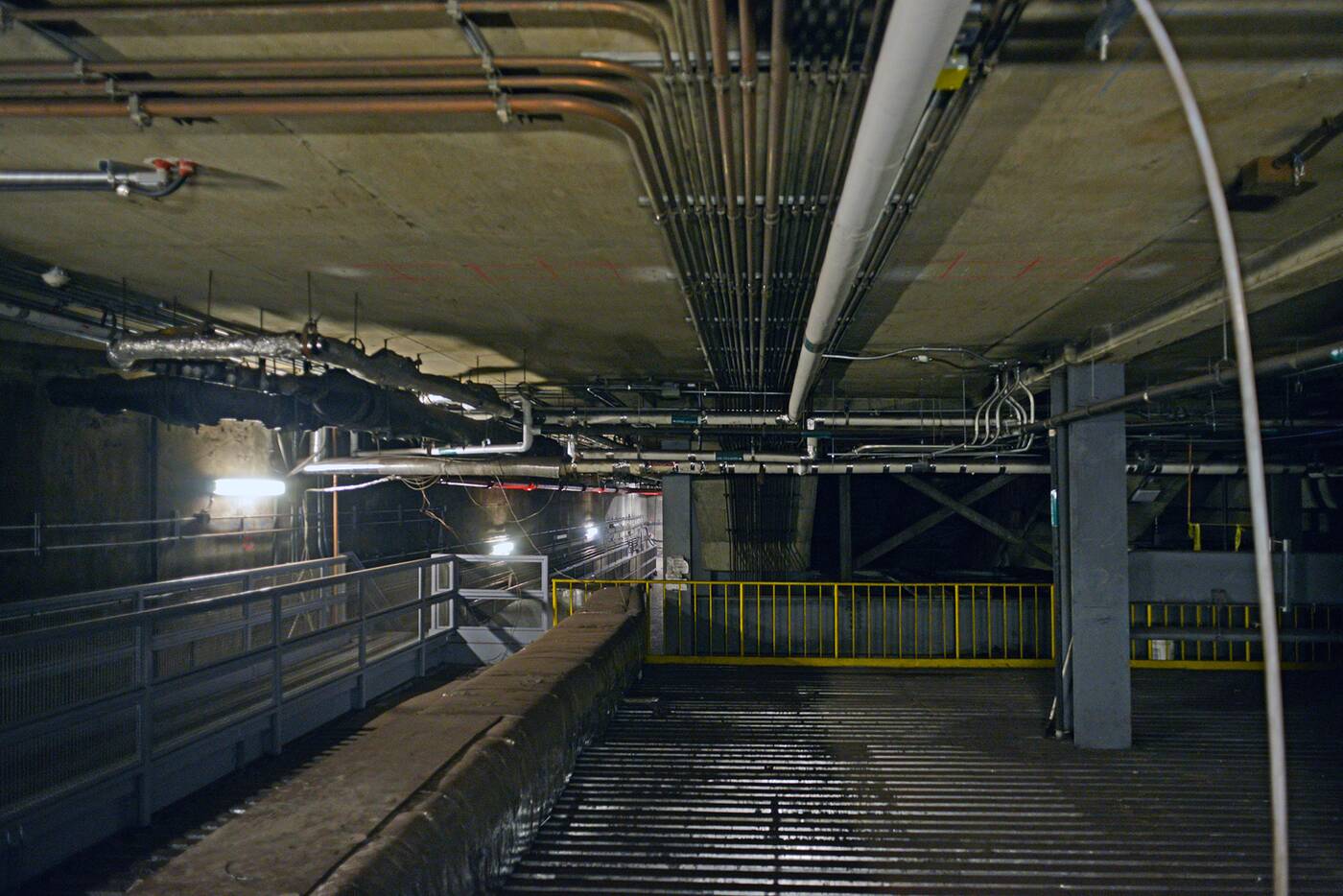 Station infrastructure near the beginning of the attic. Photo by Derek Flack.

Aside from maintenance staff and urban explorers, this isn't a place that many people cast eyes on.

It exists in part because of the challenges posed by the terrain of the next station on the line, York Mills, which is the deepest in the system. 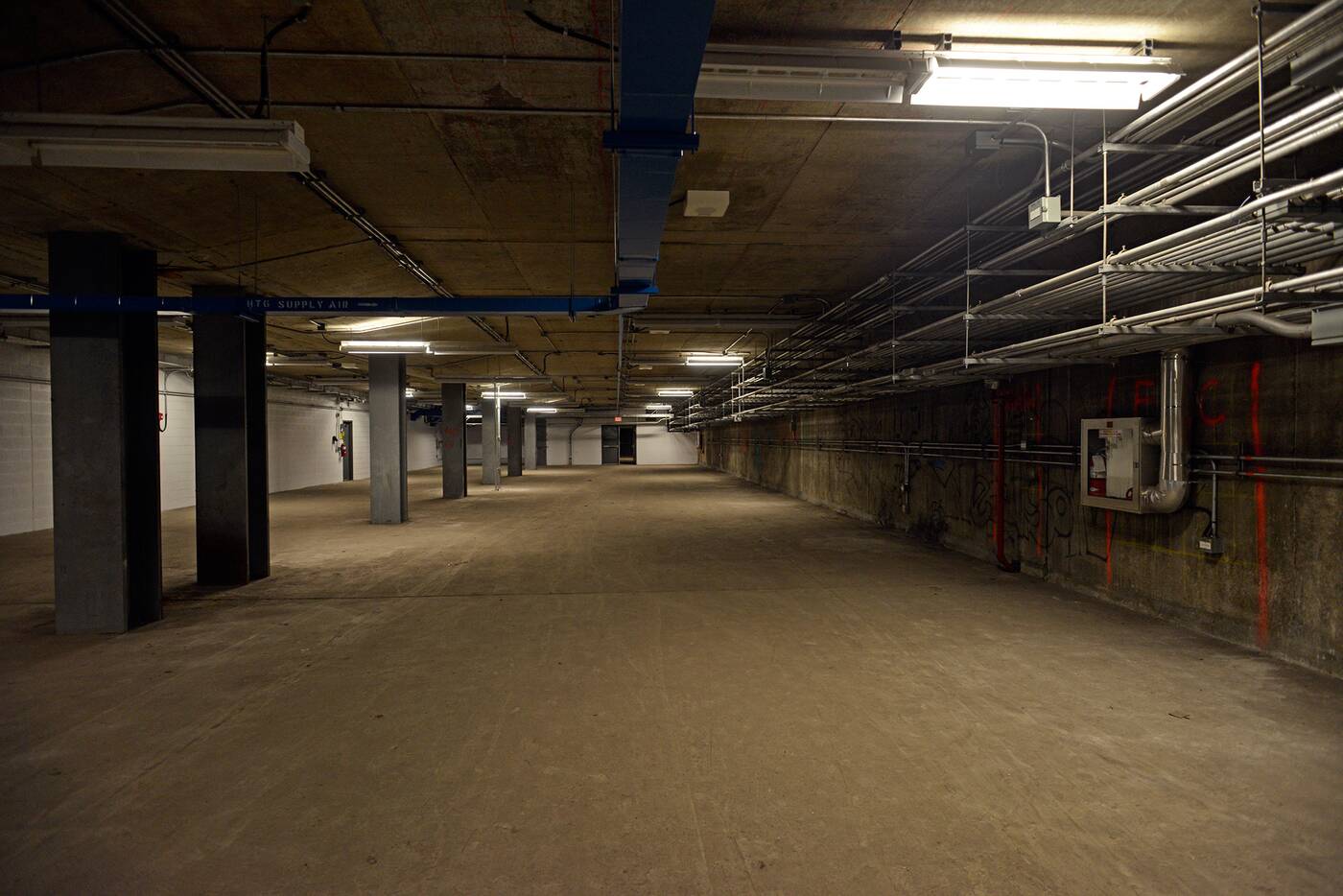 It's this middle room that presumably accounts for the nickname "the bowling alley." Photo by Derek Flack.

Located, as it is, at the bottom of Hogg's Hollow, the subway line starts to descend after Eglinton so as to maintain a gradual slope. That's why, you'll notice, Lawrence is also very deep: it's getting ready for York Mills. 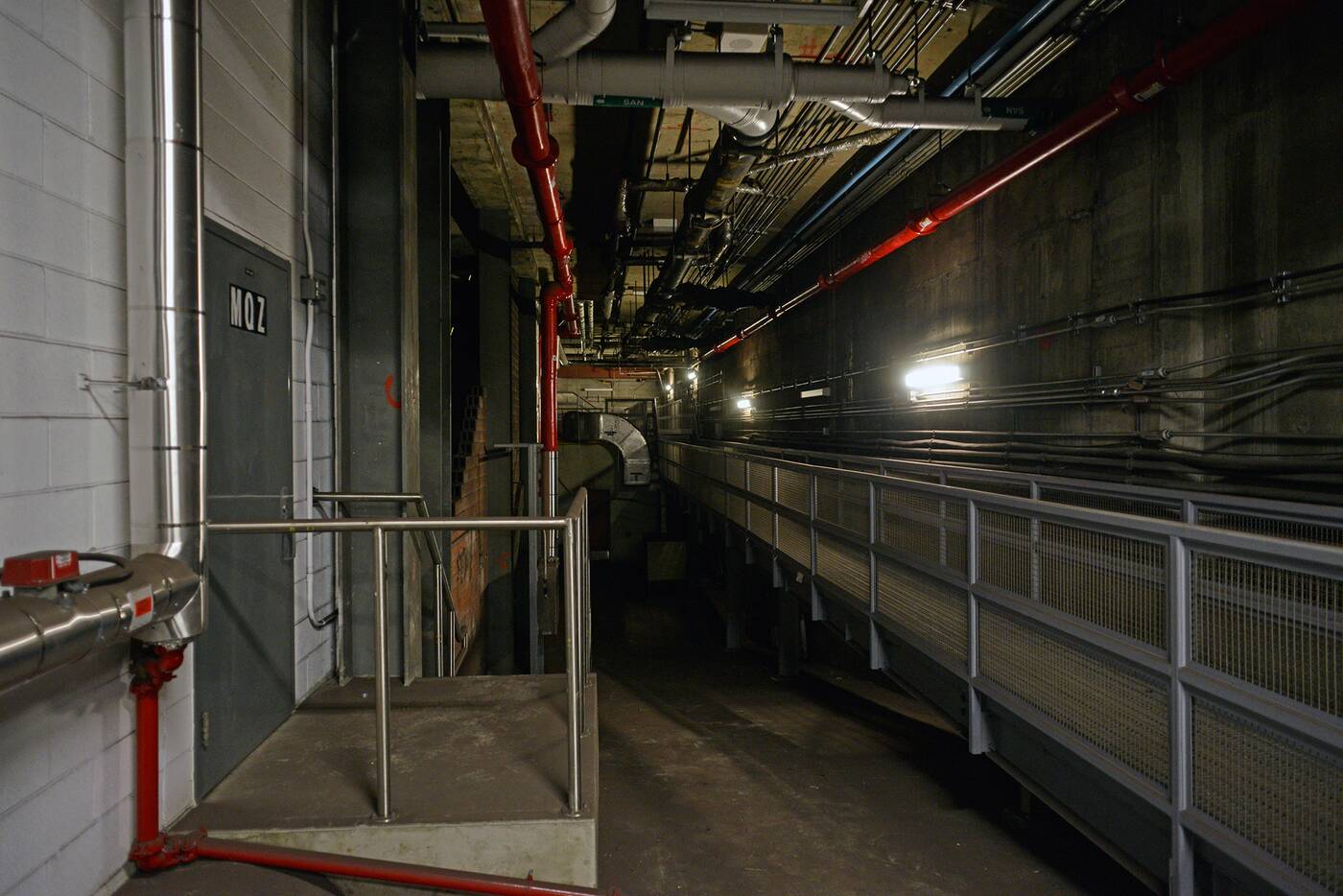 The north end of the Lawrence station attic. Photo by Derek Flack.

Because the station was built using the cut and cover method, which involved digging down to the platform level from the surface, the TTC had two options: it could fill in the area above the platform or it could leave it open. The latter option was cheaper, which is why there's so much empty space up there. 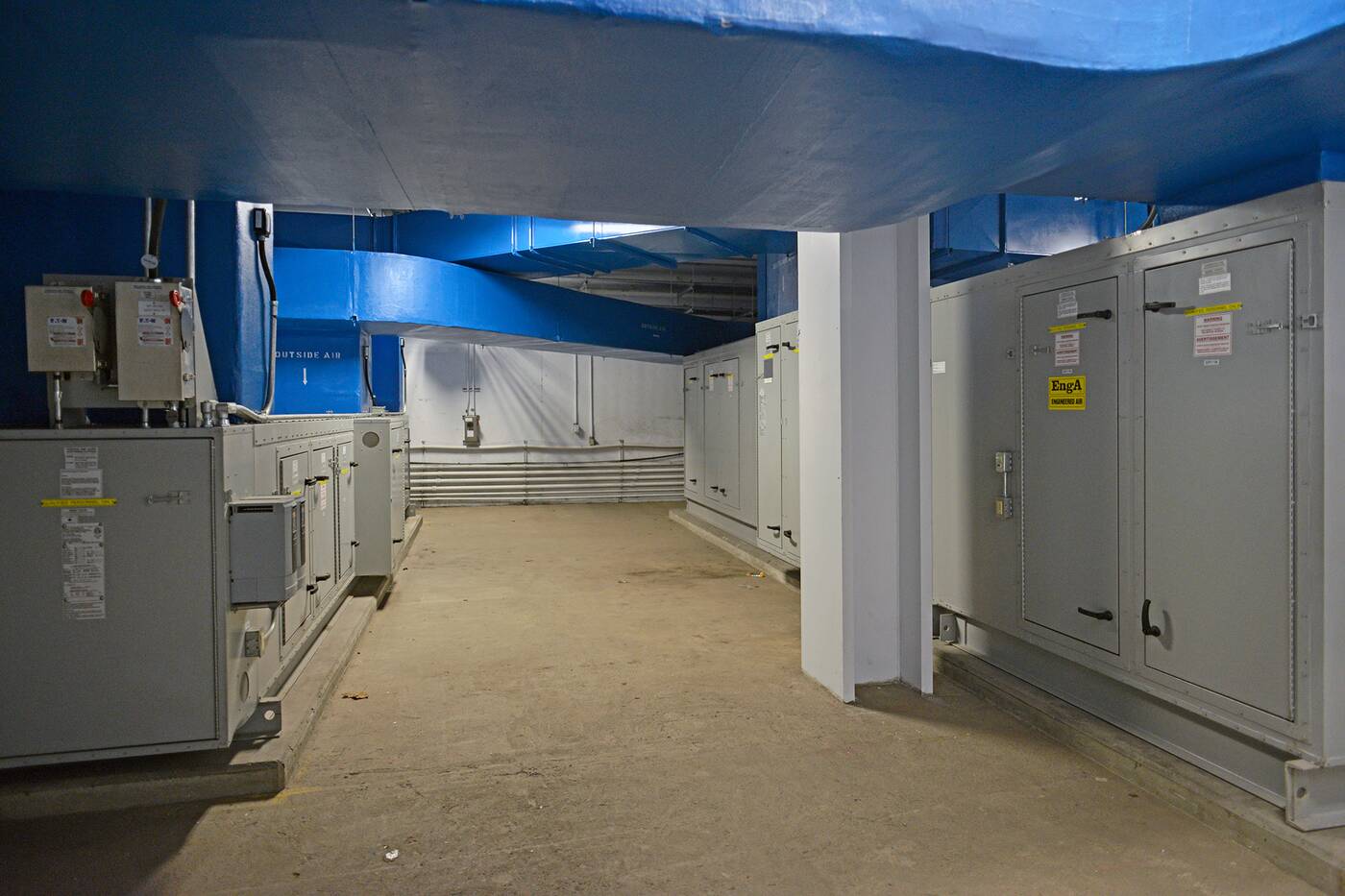 The ventilation system at the station. Photo by Derek Flack.

Some of it is, however, put to use. Along with the ventilation system, there's also a TTC substation and a massive city sewer pipe. And that's not to mention the imposing looking underside of the lengthy escalator at the Bedford Park side of the station. 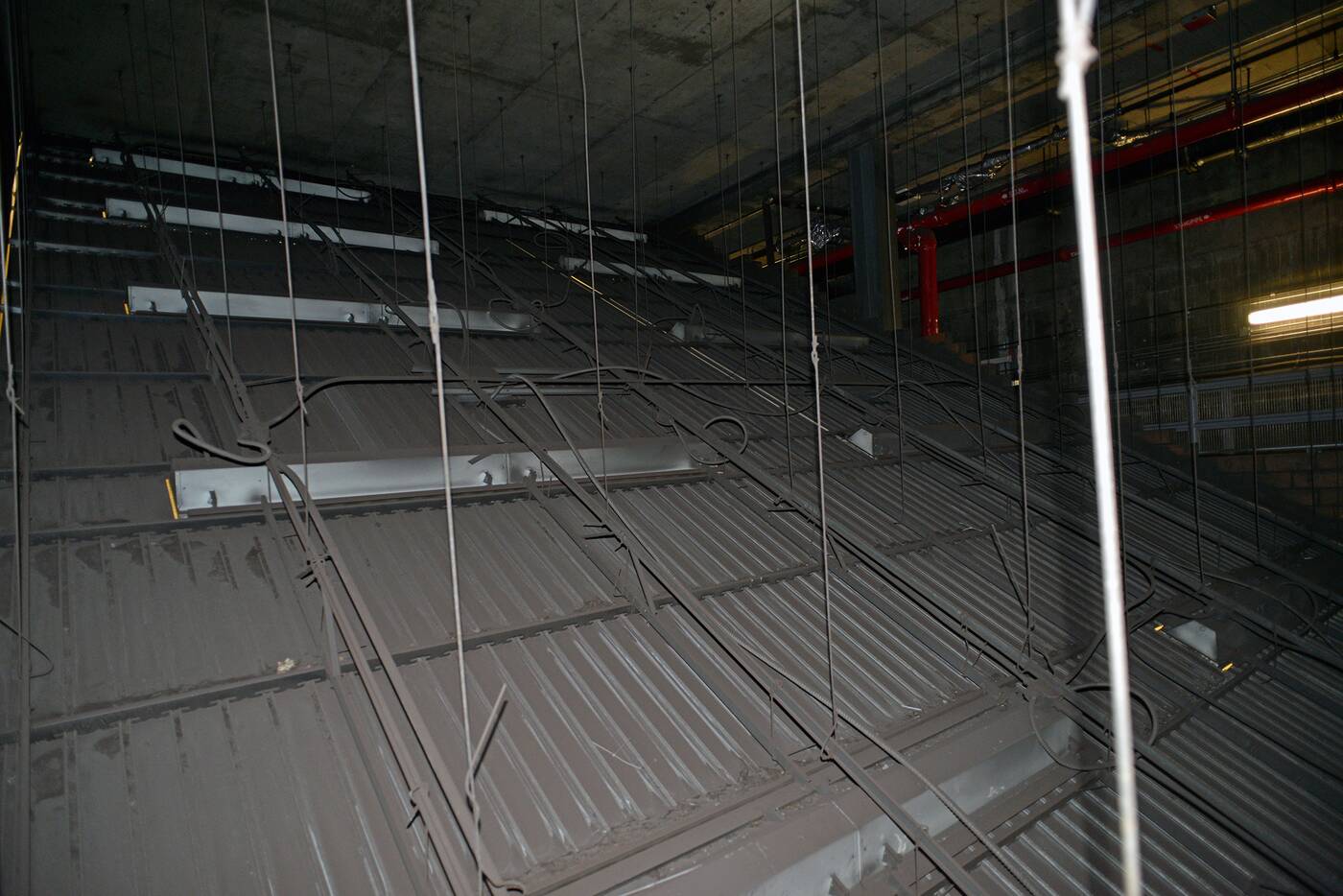 The backside of the escalator at the Bedford Park side of the station. Photo by Derek Flack.

Perhaps the most interesting part of the Lawrence attic is that it's an interstitial space. I haven't run across too many underground attics in my day. 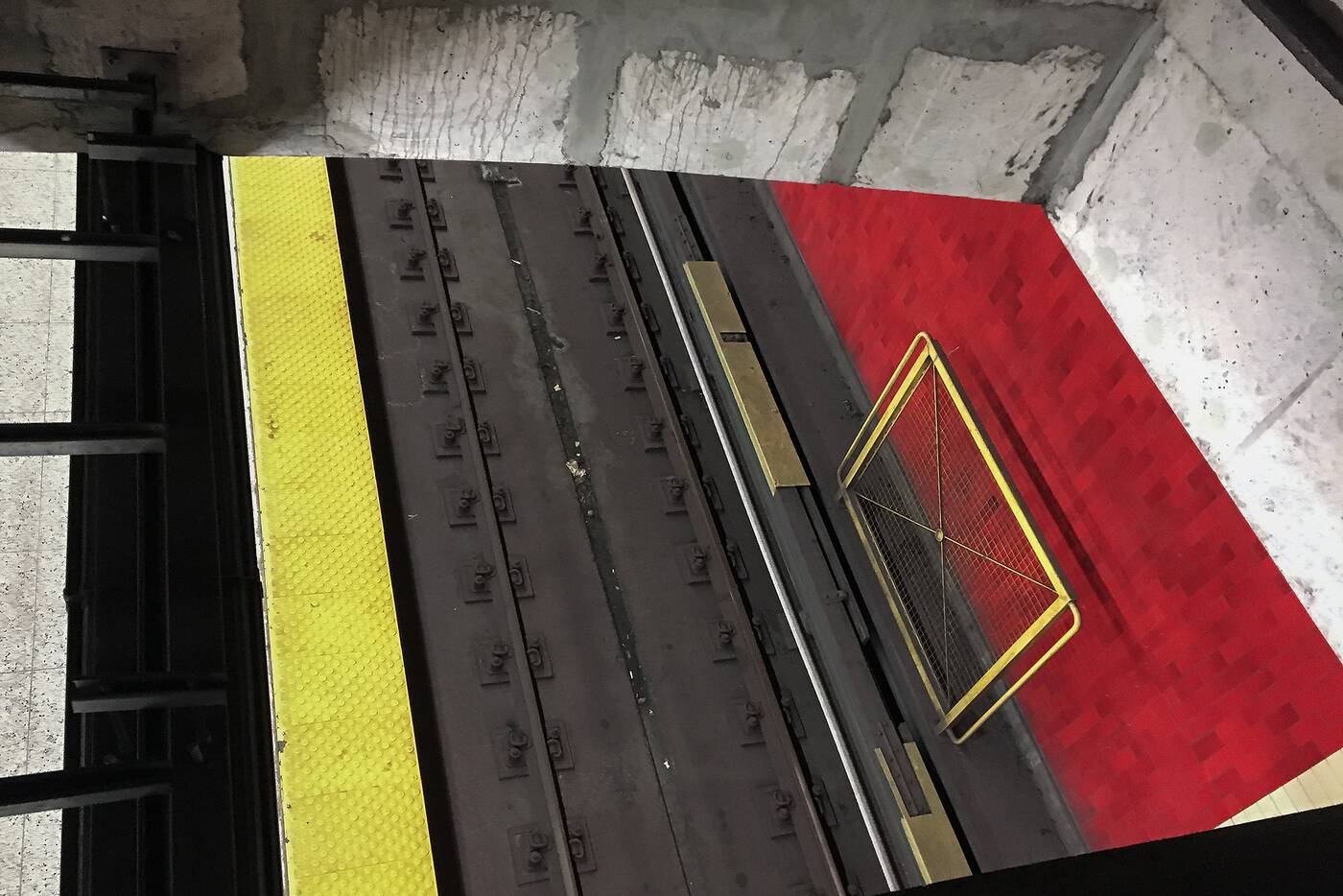 The view looking down at the tracks and platform from the attic. Photo by Howard Brull.

Never is this more strange to experience than when you hover over the platform through the ceiling cut-outs. The trains roar by underneath you as commuters go about their business. It's a bizarre bird's eye view that's quietly thrilling. 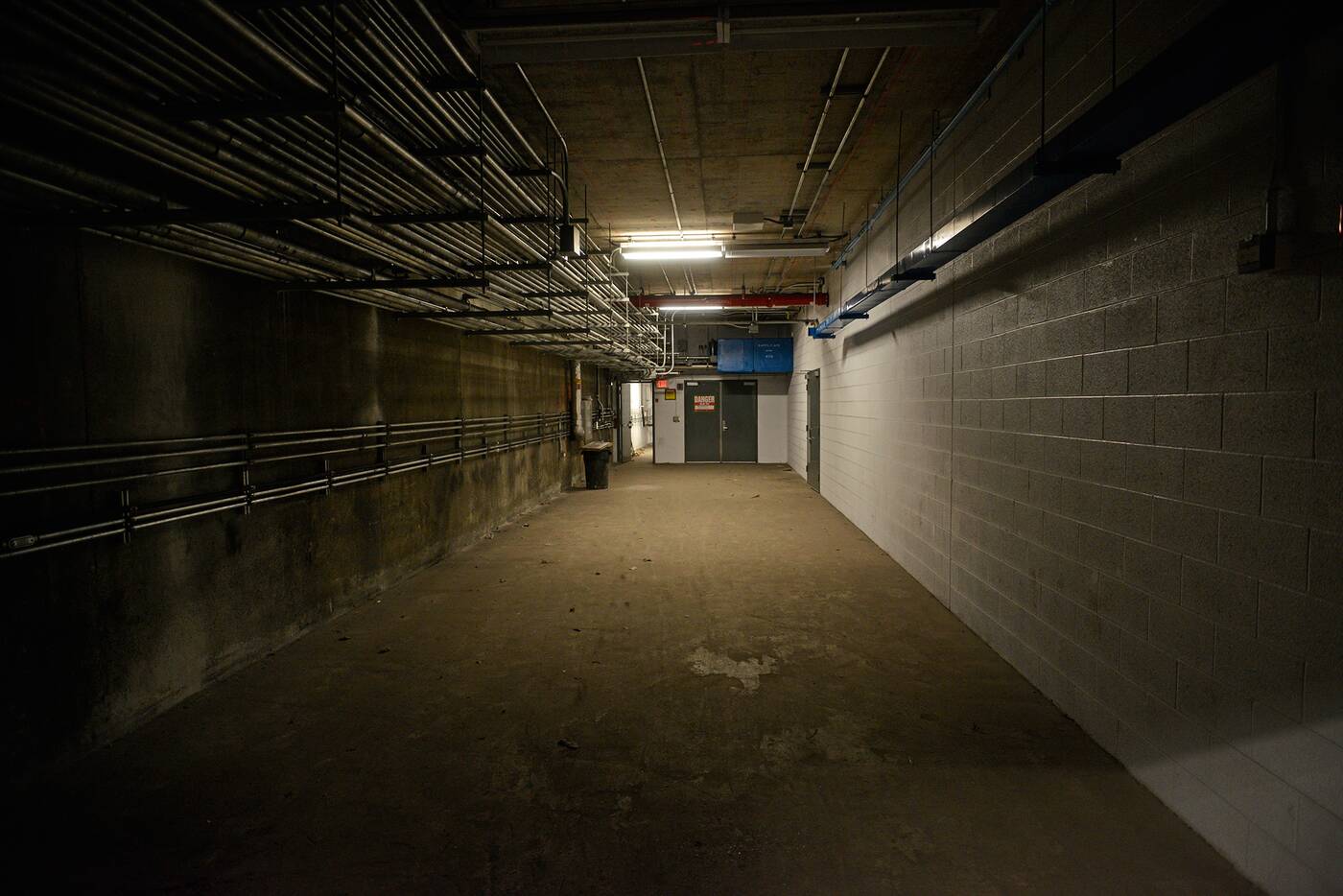 One of the anonymous rooms in the Lawrence attic. Photo by Derek Flack.

You don't have to get inside the attic to see signs of existence, though. Beyond the sprawling holes in the ceiling, you can also glimpse it from the very northern tip of the platform at the precipice of the escalator. 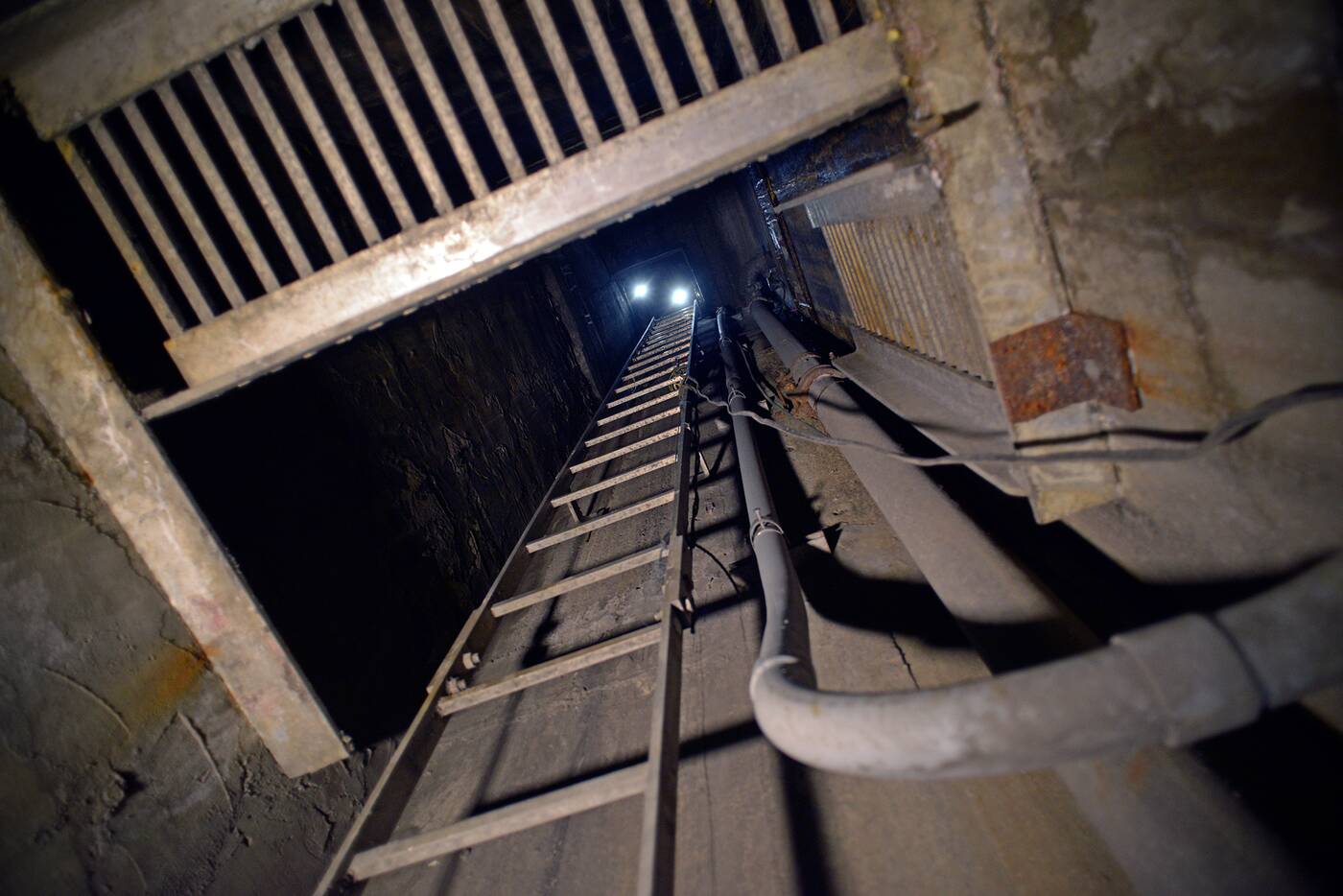 A ladder heading up to street level from a dark corner in the attic. Photo by Derek Flack.

Look up. There's a strange world hiding in plain sight.