Toronto expected to have a white Christmas this year

Get ready for some snow, Toronto. That's the word from Environment Canada, which recently released its long term winter predictions and a few hints about the state of things come Christmas time.

While the agency doesn't release detailed forecasts three weeks in advance, head climatologist David Phillips did, however, tell CTV News that he expects Southern Ontario will be white come December 25.

It's worth noting that the definition of a white Christmas that Phillips is using merely refers to the presence of snow on the ground rather than snow actually following on the holiday. The latter is, of course, much harder to predict.

Betting that there will be snow on the ground this Christmas is a bit safer because the ground is expected to freeze in the coming weeks, which means any snow that we do get will likely stick around.

A brief glance at this week's forecast reveals warm and rainy weather tomorrow followed by a cooling trend that will help to create conditions ripe for sustained snow accumulation (those -5C nights will help to freeze the ground).

Beyond December, Environment Canada's long range forecast cautiously calls for above average temperatures and snowfall, though neither are offered as certainties. 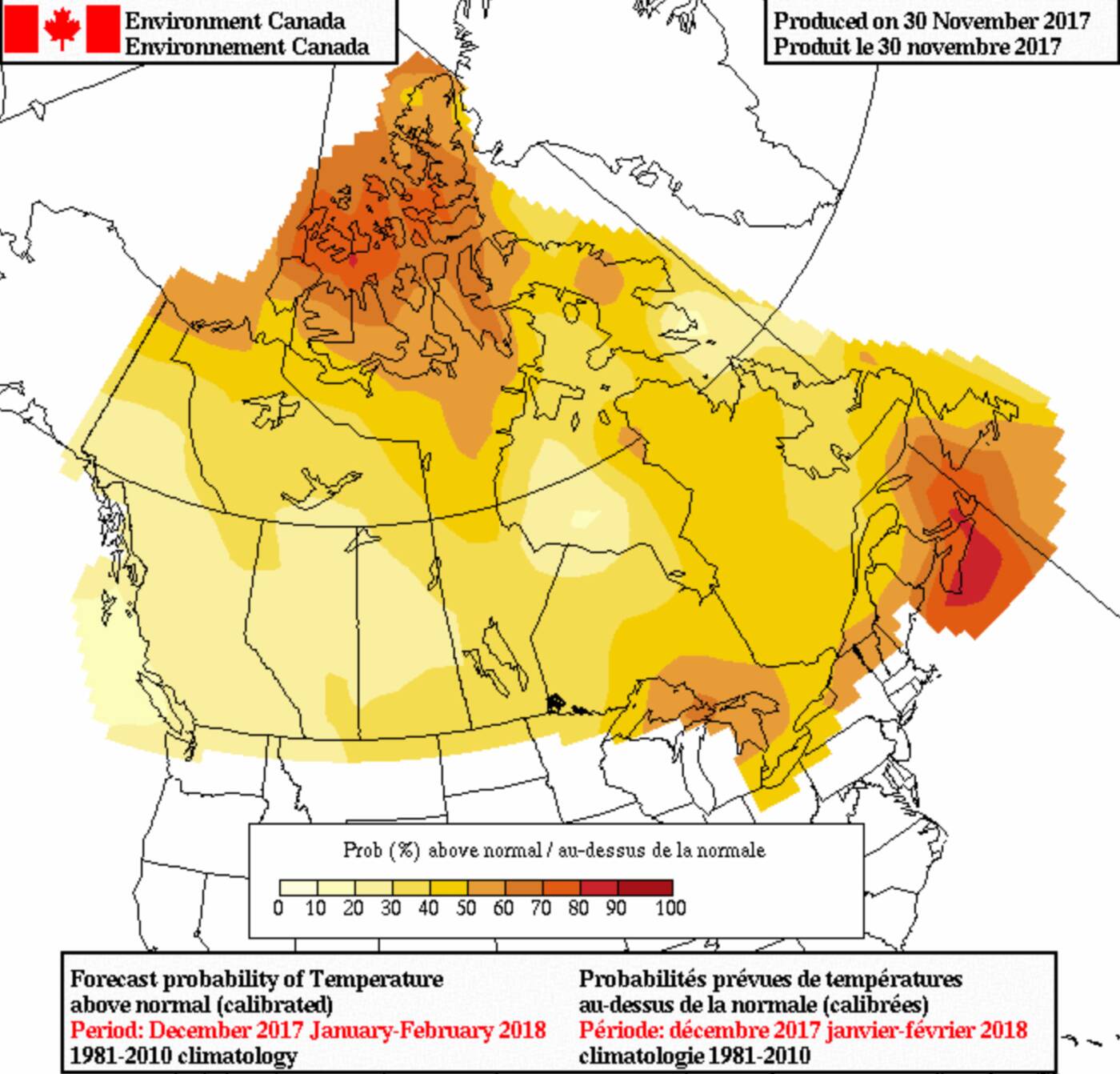 Environment Canada projects a 50 percent chance that the Toronto area will have higher than average winter temperatures.

As Phillips put it to CTV, “there will be something for everybody this winter." There's almost no chance we'll experience the mildness of last year, but forecasts don't point to any of that extended polar vortex business of 2015, either.

I'll go out on a limb and say that we can all deal with that.