One of Toronto's most eagerly anticipated infrastructure projects is finally complete.

The dazzling, helix-like sky bridge at the Eaton Centre opened to the public this morning after a brief event with Mayor John Tory and representatives from Cadillac Fairview and Hudson's Bay. 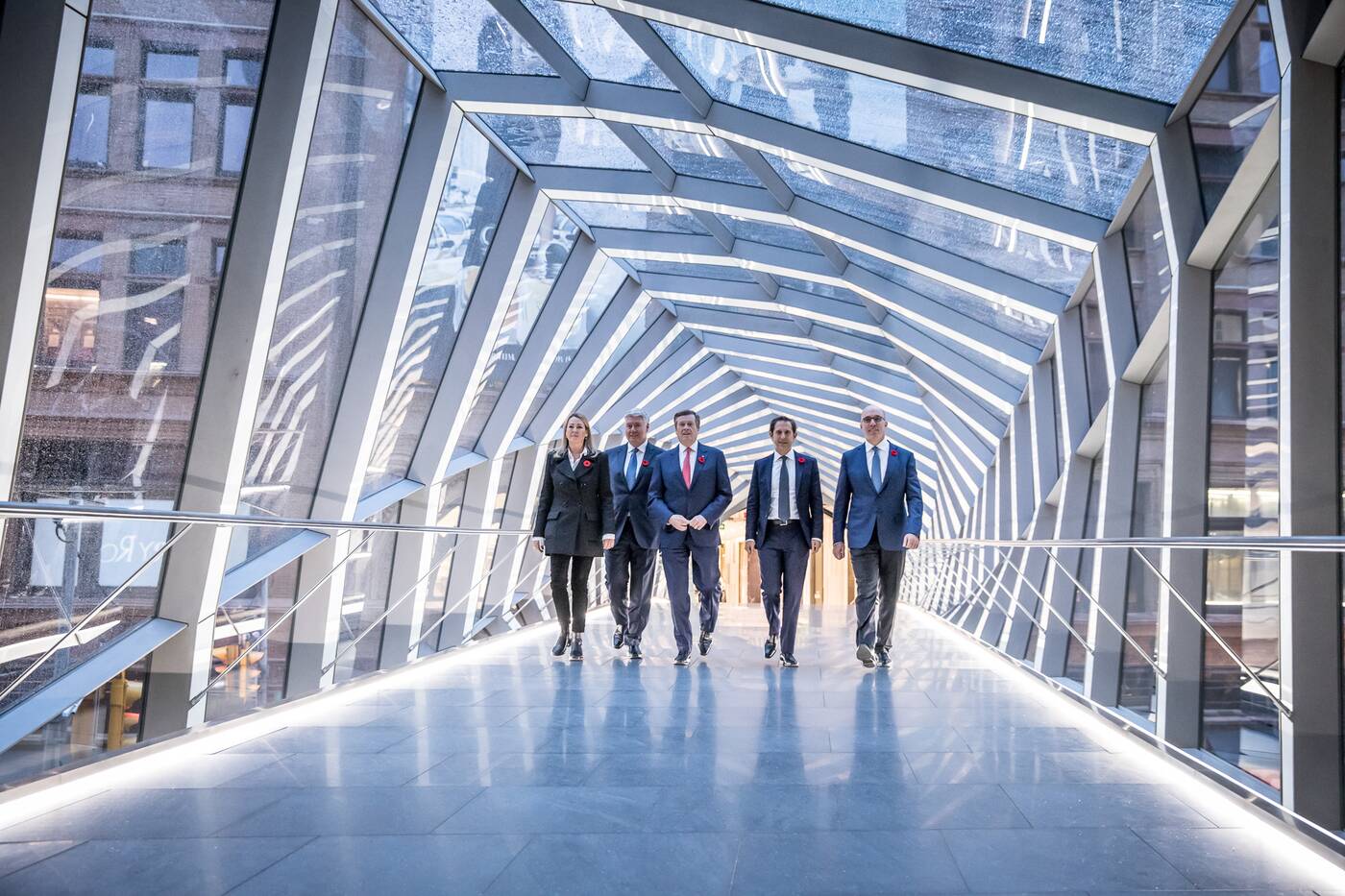 The good news is that this thing looks as good on the inside as it does on the outside. Walking through it is like being transported to a set from Star Trek, complete with clean lines and radiant lighting. 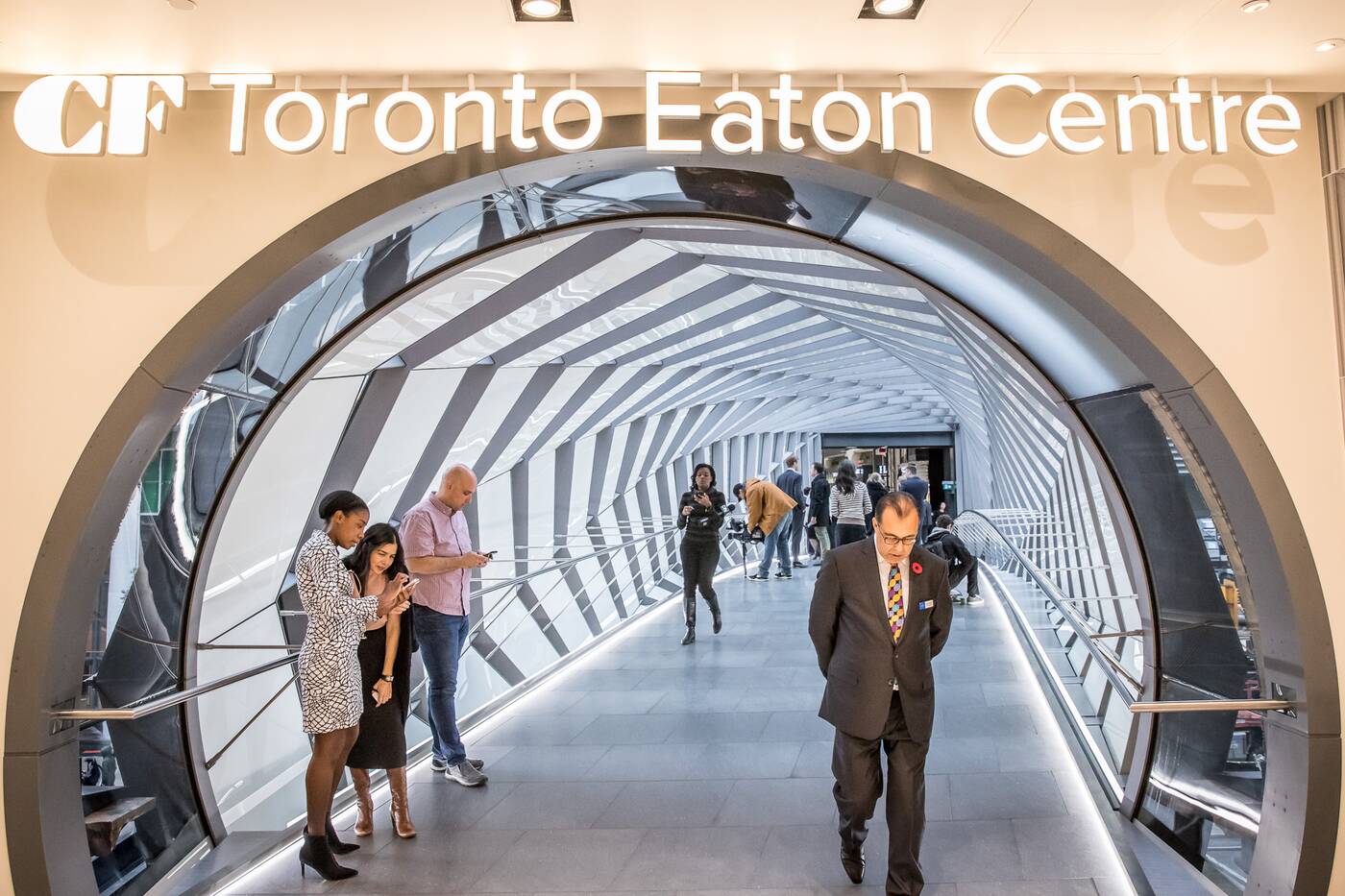 Get ready for local Instagram feeds to explode with photos taken here. It's not a huge structure, but it's so polished that it's sure to attract lots of attention from pretty much everyone passing by. 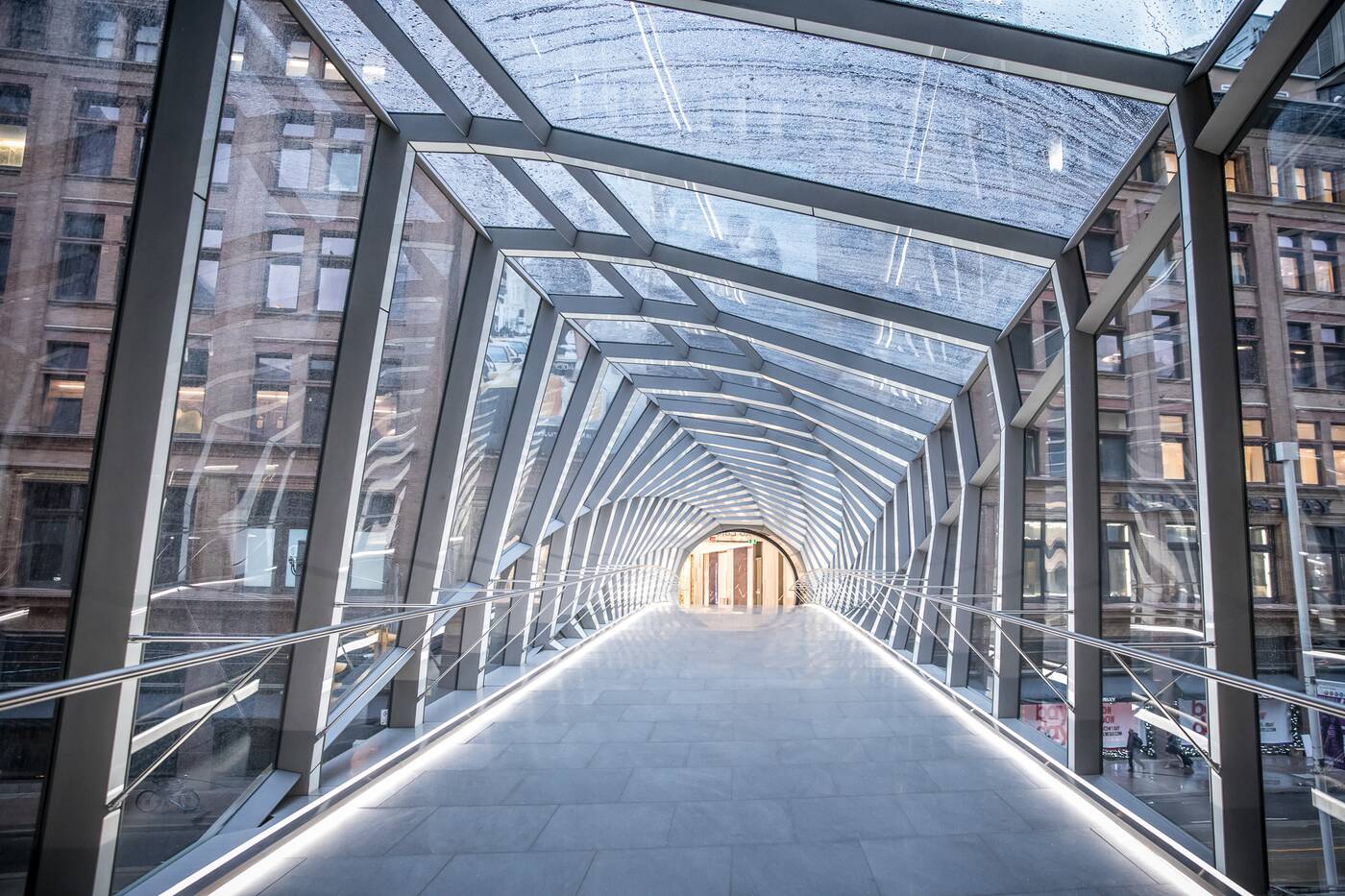 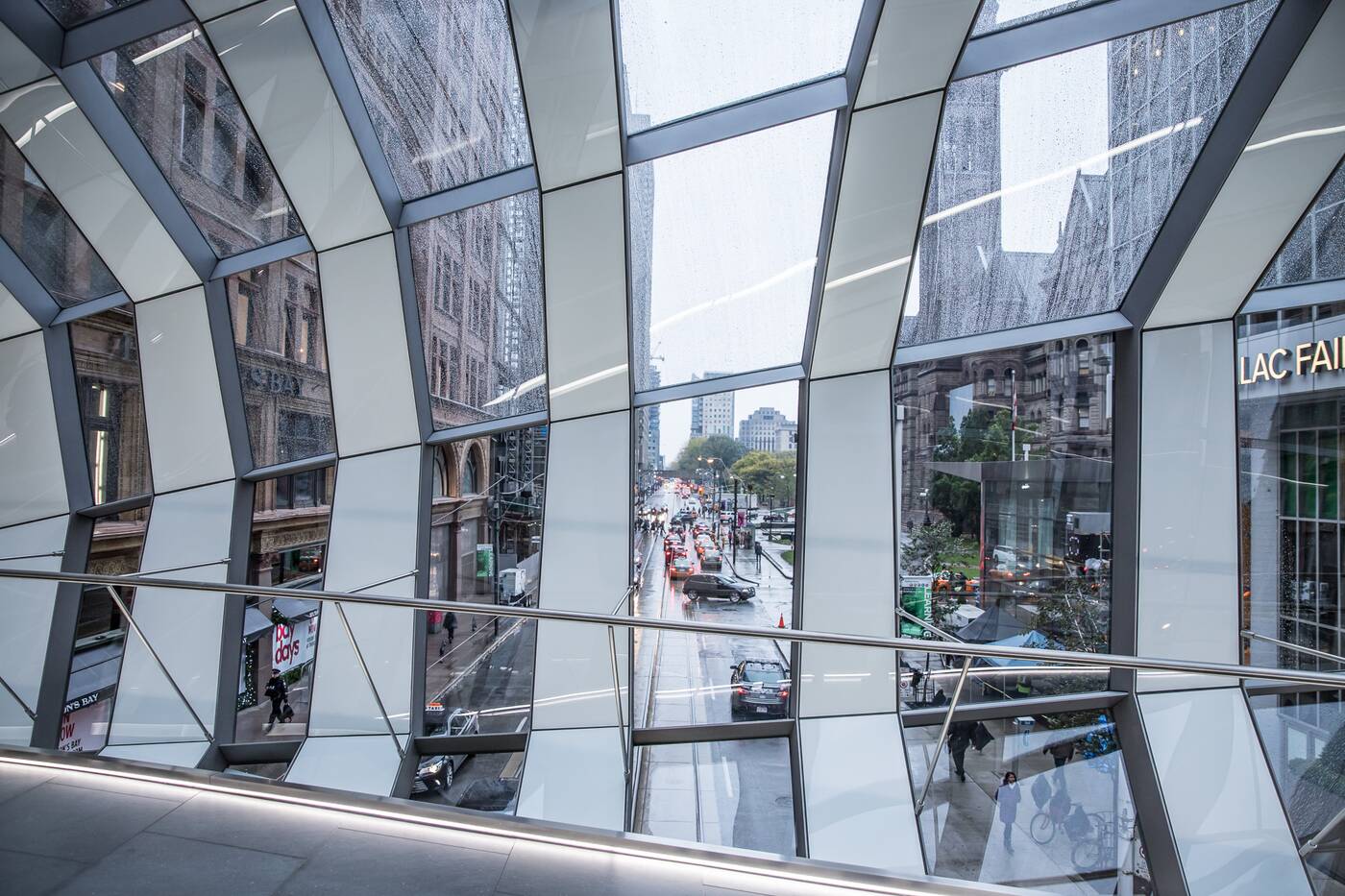 Construction on the bridge started back in May on nearby James St., and since then the bridge has been in the public eye. Once it was in place between the buildings, it already looked like a winner, but it wasn't until this morning that it was confirmed. 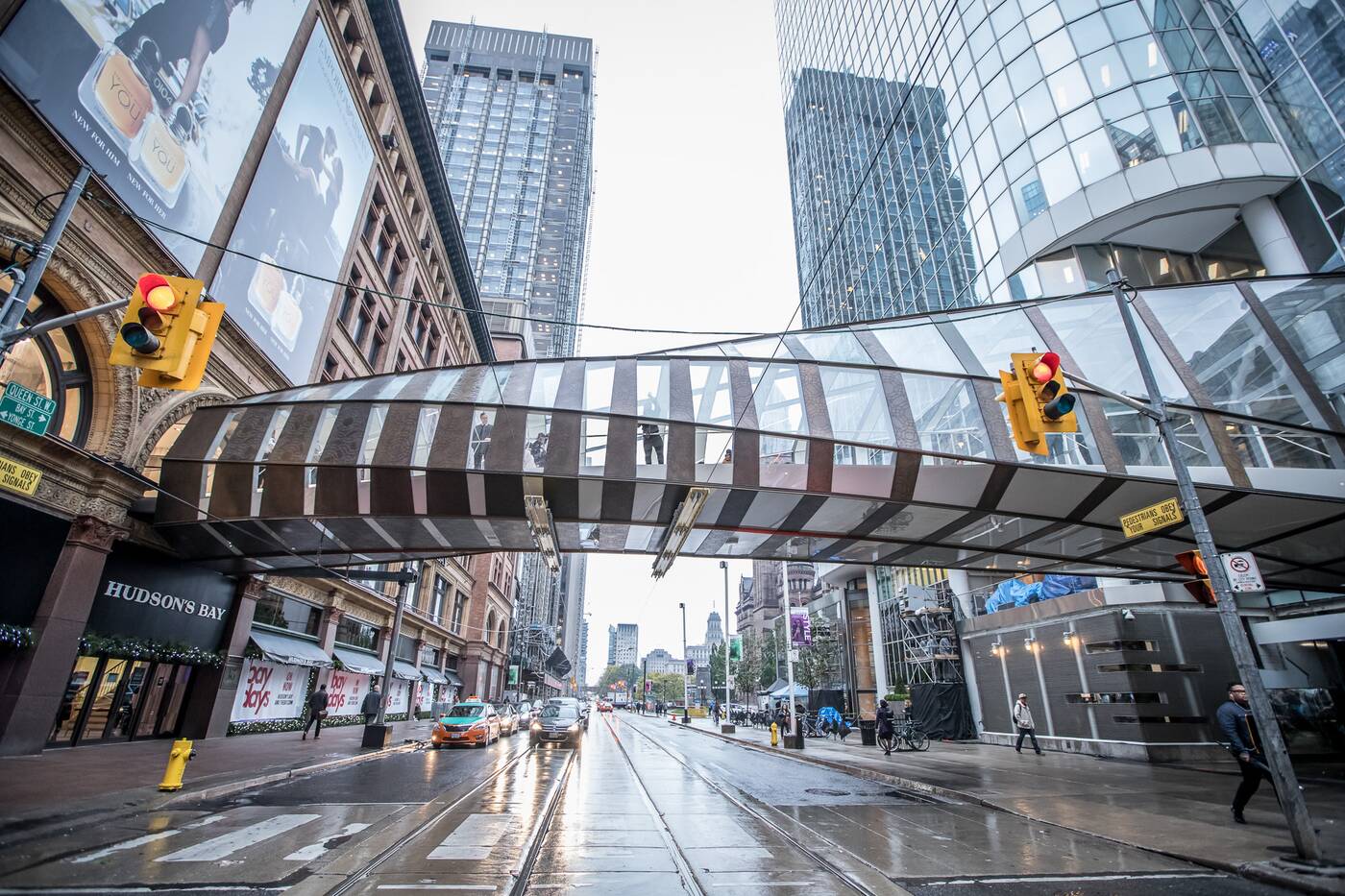 Hats of to architects WilkinsonEyre and Zeidler for designing a worthy successor to what was already a Toronto landmark.