Toronto's getting a huge new public space on the waterfront

The revitalization of Toronto's waterfront is moving at fast and furious speed.

And there's still more to come.

This week, new details were released about what's being called Bathurst Quay, a neighbourhood encompassing the huge Canada Malting silos, Ireland Park and Eireann Quay – which, right now, is pretty much just being used as a cab stand for Billy Bishop Airport.

City Council approved the creation of a $1,141,455.48 capital project fund this month for "the purpose of funding near-term streetscape and public realm improvements" in the area, with construction set to begin this summer.

Six "key improvements" are planned Bathurst Quay, including the revitalization of an under-used office building, rehabilitation of the dockwalls from the Portland Slip to the airport ferry slip, and the construction of a new pedestrian path and plaza. 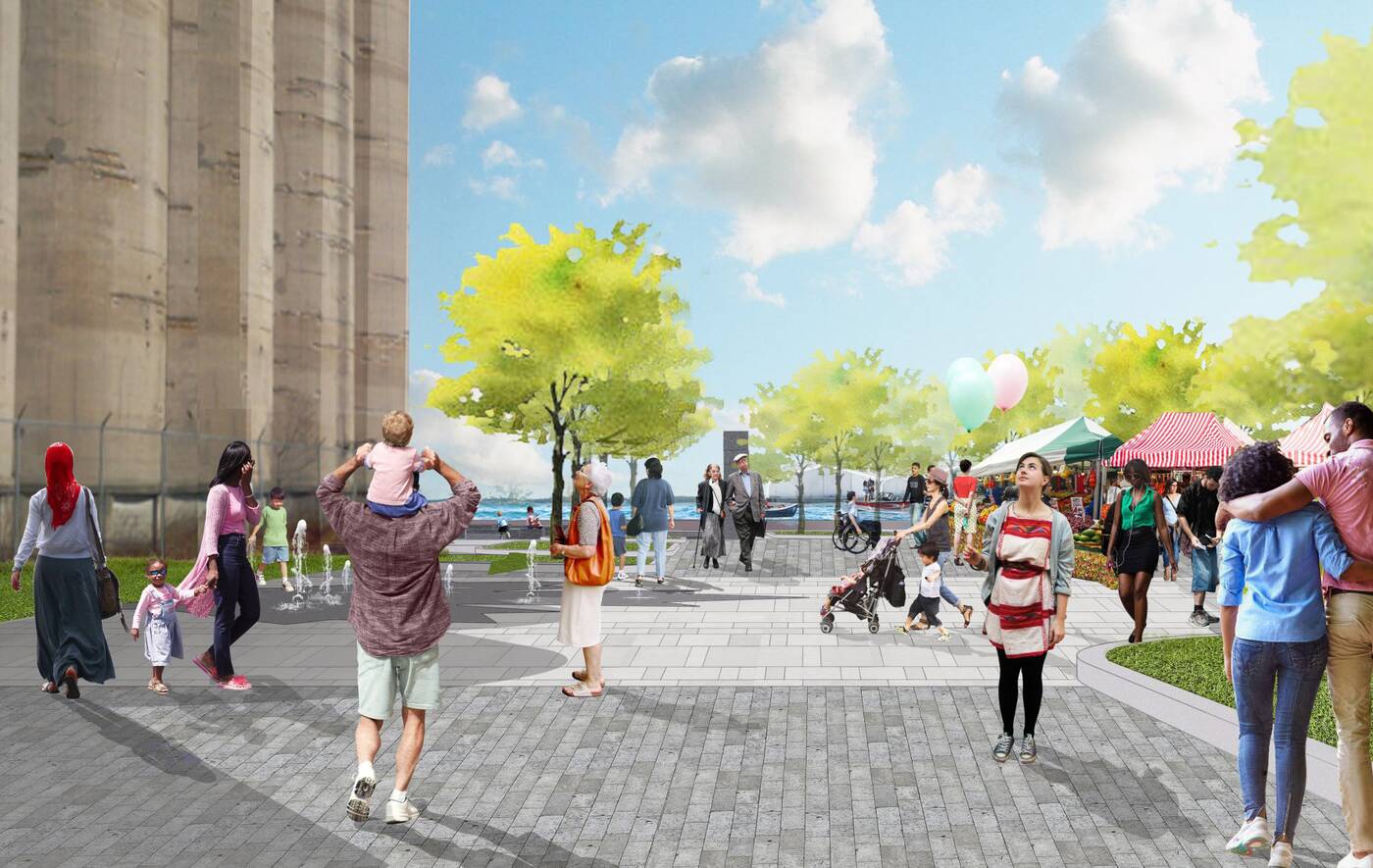 An artist's rendering of a new "flexible, hardscape plaza" that will be "suitable for a wide range of public activities." Image via City of Toronto.

Plans for the malting silos, which are protected under Ontario Heritage Act, are less concrete (hahaha, pun). From the ambitious plans of Metronome to dreams of building a Toronto museum here, Toronto has struggled to do something meaningful with this site.

"Starting 2018, an inter-agency team will develop a long-term Implementation and Funding Strategy for revitalization of the silos," reads the city's Bathurst Quay Neighbourhood Implementation Plan.

This includes exploring the possibilities of using it as or with an aquatic centre, an expanded community centre, or for parking and transportation purposes. For now, a design team will focus on ways to improve how the silos look in the short term.

Detailed designs for the more temporary silo makeover project will be released in January, with a long-term strategy for the structures to begin sometime in 2018.

Toronto's waterfront really is completely changing. It's an exciting time to be in the city. My only hope is that our friendly neighbourhood ducks and swans stick around to enjoy it.

The Canada geese are totally welcome to take off, though. Nobody wants a poop-covered pedestrian realm and plaza.

Three subway stations are shutting down in Toronto this weekend