Toronto is about to be engulfed by winter weather

Brace yourself, Toronto. Even though it's still technically fall, a nasty winter storm is bearing down on the GTA, one that could have a significant impact on commute times and our general disposition.

A light snowfall was already expected later this week, but with temperatures set to plummet on Thursday night, it's starting to look like we'll face the full brunt of winter more than a month before the official start of the season.

While Toronto proper is only expected to receive 2 centimetres of snow, the Weather Network predicts that parts of the GTA could "see 15-30 cm of snow." These areas include "Newmarket, Aurora, Markham and Ajax." 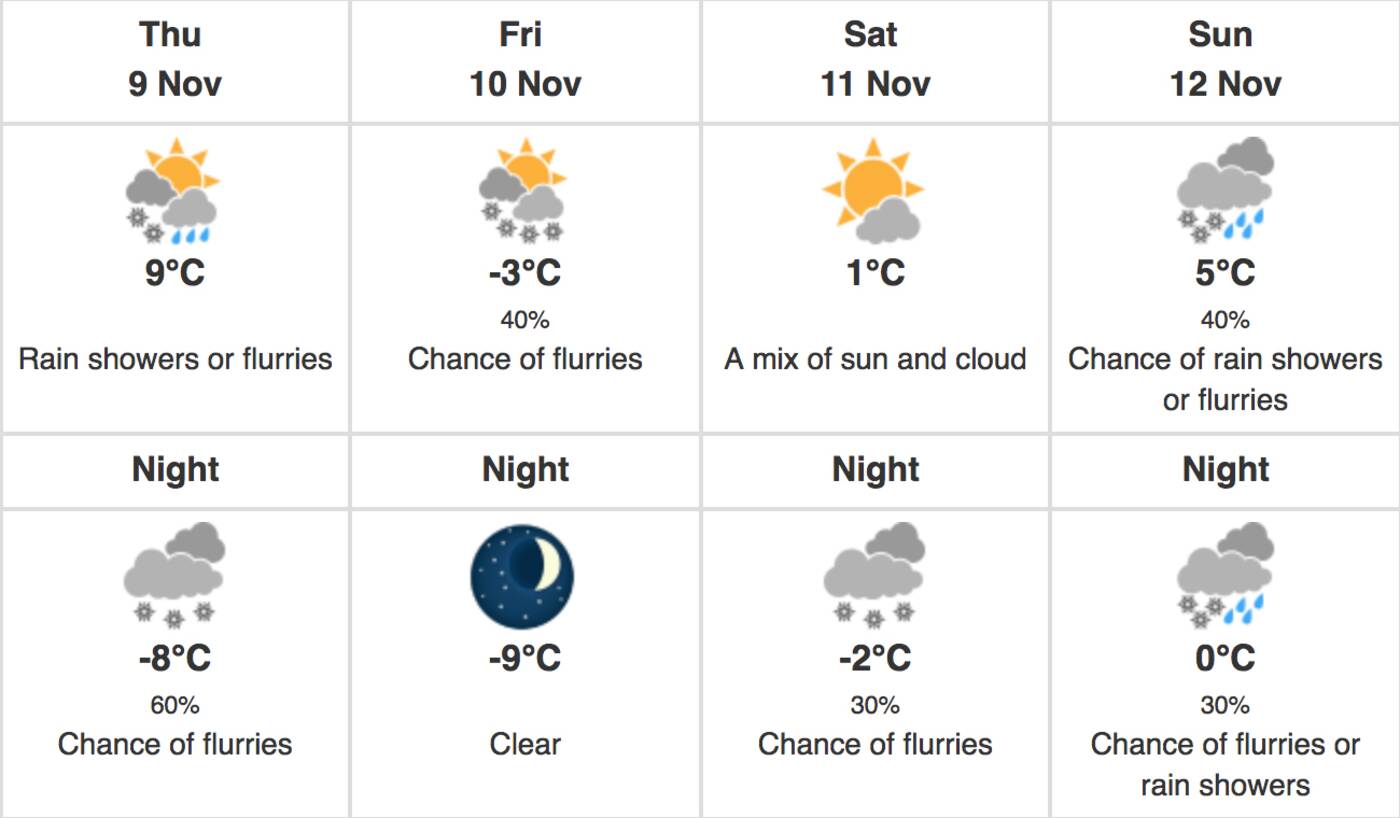 Environment Canada's forecast is an ominous one for Toronto.

More problematic than the accumulation, however, is the possibility of snow squalls as lake effect snow blasts areas to the north of the city. Both the Thursday afternoon and Friday morning commutes could be affected by the system.

Even if Toronto escapes the worst of the snow, the city is still expected to be hit with a mass of Arctic air that well send temperatures way down on Thursday night. A swing of 17C is expected in a 24 period, with the low predicted to be -8C.

It will remain cold on Friday with a high expected of -3C and an overnight low of -10C. Yes, that's right double digit negative temperatures in early November.

Read it and weep. And don't forget to bundle up! As they say, winter is coming.