Santa Claus Parade route and road closures in Toronto for 2017

The Santa Claus Parade is happening in Toronto this weekend, and there's going to be a lot of road closures to pave the way for Saint Nicholas and company to travel the streets this Sunday, November 19.

The parade will prove a major disruption to drivers, so it's best to plan early whether you plan to attend the festivities or not.

It'll start around 12:30 p.m. at Christie Pits Park and travel east along Bloor until University, but road closures begin earlier to allow for set-up and the Holly Jolly Fun Run, which will be in full swing along the parade route starting at 11:45 a.m. 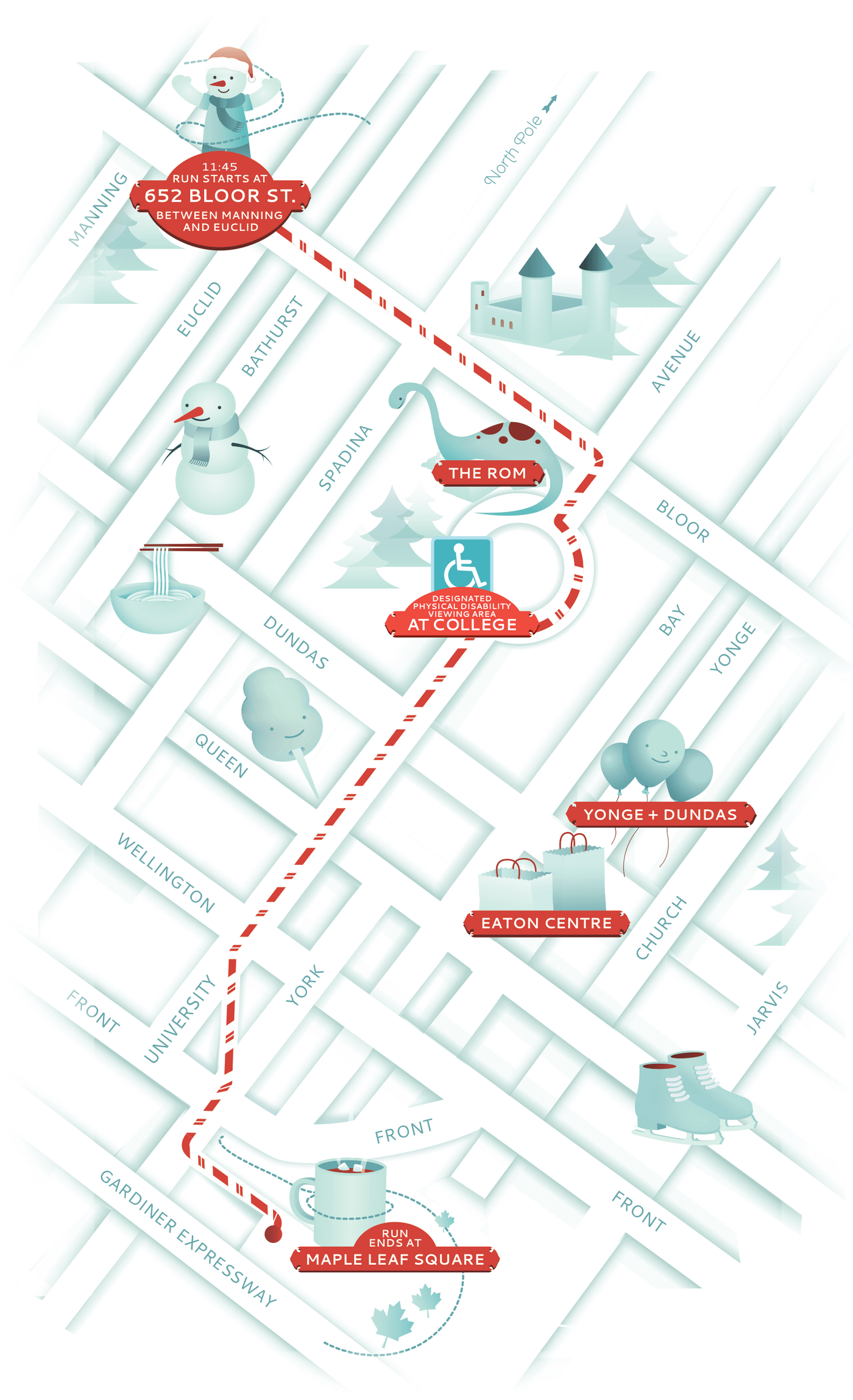 Once the run wraps up, the festive floats will depart from Christie and Bloor, heading east on Bloor to Queen's Park, then south to Wellington, and finally east to Jarvis before a final turn south on Front, where the parade concludes at the St. Lawrence Market.

Bloor St. West from Christie St. to Ossington Ave. from 5 a.m. to 5 p.m. to accommodate setup. In addition to these closures, the following streets will be closed for the parade from 12:30 p.m. to 4 p.m.

There will also be these additional closures to accommodate the parade staging and dispersal.

Aside from road closures there will be several TTC diversions. Here's a list of all of the affected routes. 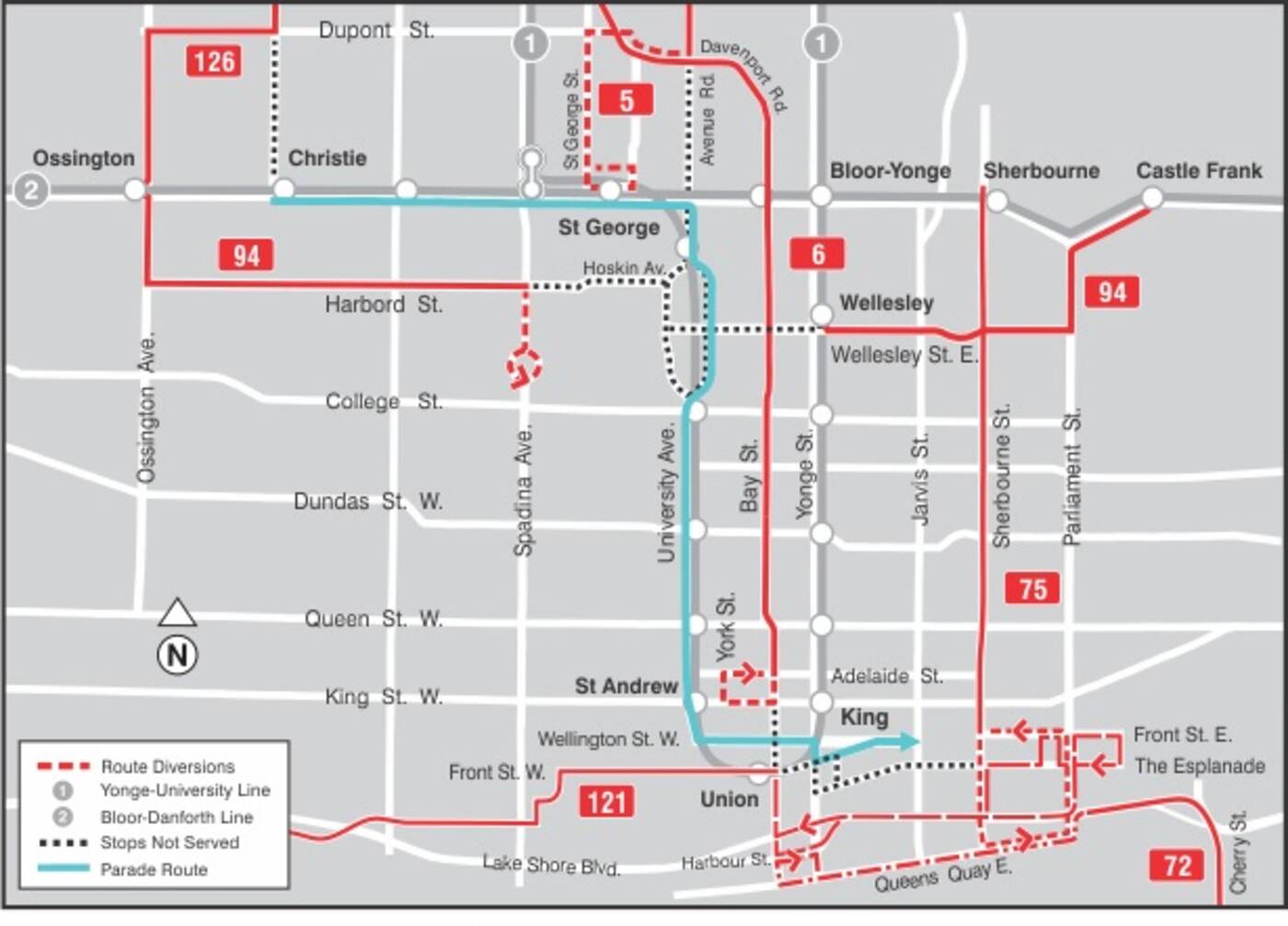