What started as a 4Chan prank is growing legs of its own this week as problematic posters pop up on school campuses around North America.

"It's Okay to Be White," read the simple black and white signs.

That's it. There is no context, no URL, no hashtag â nothing to connect the signs to any sort of larger movement, though most people agree that the posters meant to play up racial tensions. 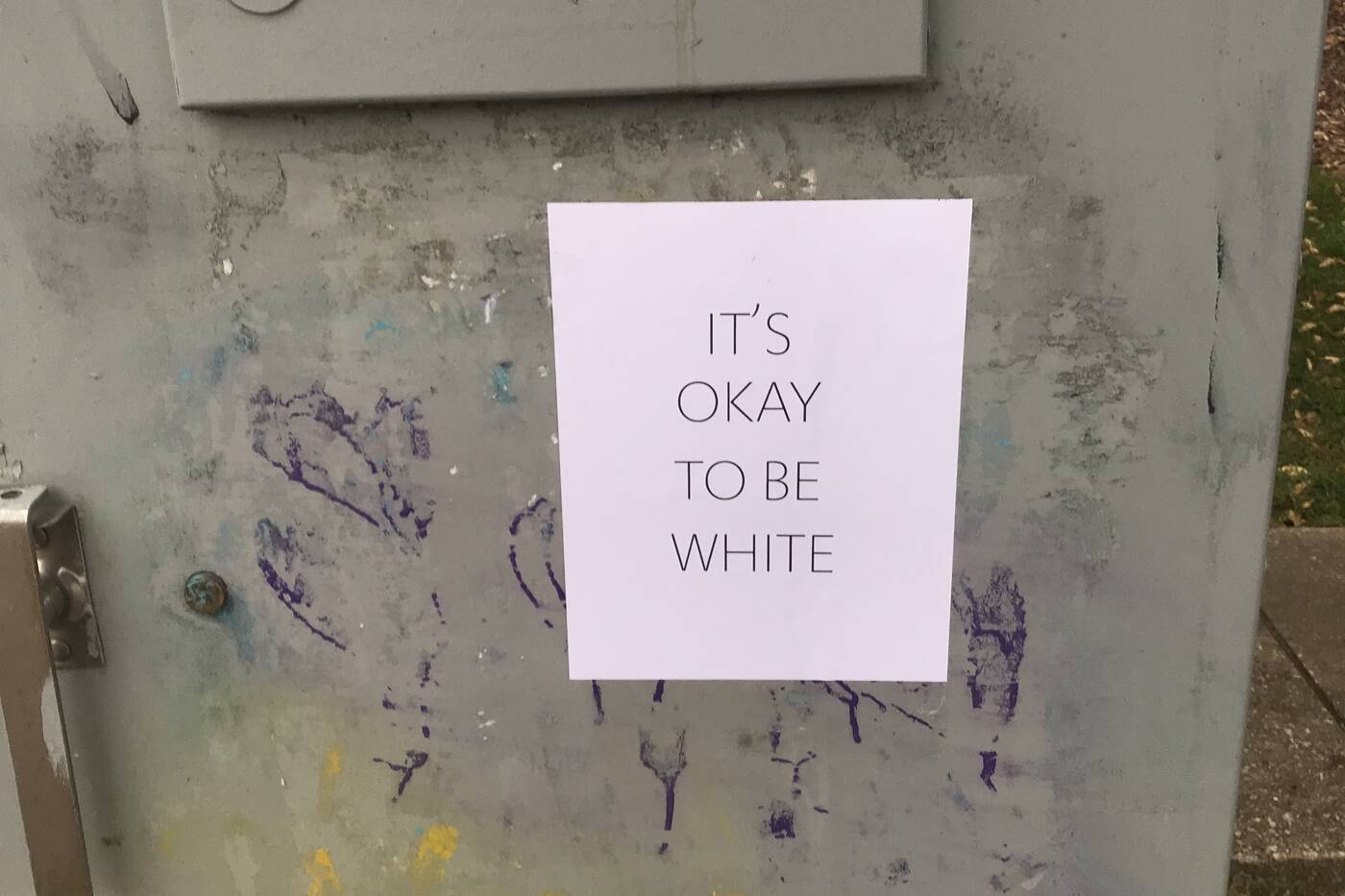 Students at the University of Toronto report that these signs were pasted all over St. George Street on Wednesday between Bloor and the Galbraith Building.

They've also been spotted on The University of Alberta's Native Studies building, around Harvard in Cambridge, Mass., and at schools in Ohio, Maryland and Louisiana (among others.)

Signs like the one above can be traced back to an Oct. 31 thread on the notoriously inflammatory message board 4Chan.

"Game plan (if you haven't seen it already)" reads the original post, found on the "politically incorrect" sub-forum.

Readers are asked to print out uniform signs from a provided website, put on a silly costume ("nobody will think twice because it's halloween") and put the signs up on campuses across the world.

"The next morning, the media goes completely berserk," the plan reads. "Normies tune in to see what's going on, see the posters saying 'it's okay to be white' and the media & leftists frothing at the mouth."

To anyone outraged about the It's Okay To Be White fliers... Good job proving 4chan 100% right and giving actual bigots more ammo. Idiots. pic.twitter.com/HSBCqy1MKM

Their eventual goal?: "The credibility of far left campuses and media gets nuked, massive victory for the right in the culture war."

Suffice to say the stunt didn't play out as the group had hoped it would.

Shortly after news of the signs started to spread, a Cleveland-based alternative news website linked the 4Chan pranksters to the controversial posters.

Signs with the same message bearing different fonts have since started appearing on some campuses, indicating that there might be some copycats trying to further the project.

Despite this, many students have been quick to tell them (and the world) what they think of the message.

To whoever put the "it's okay to be white" paper on the bulletin board in building 10 , I want you to know I ripped that shit down so fast

The posters are now being ripped down seemingly faster than most people can get pictures of them.

U of T's signs were too sticky to rip off, which is consistent with many Toronto hydro pole signs. Fortunately, someone has taken the liberty of covering them with black paint.