Yonge and Carlton could look very different over the next decade should a proposal be approved to build a massive 250 metre (approximately 75 storeys) condo tower on the northeast corner. It would join a series of sprawling developments planned for the area.

The desire to redevelop the site at 2 Carlton isn't new. An initial proposal from current site owner Northam Realty Advisors called for a soaring twin tower condo complex here, which has now been revised as a single, taller tower. 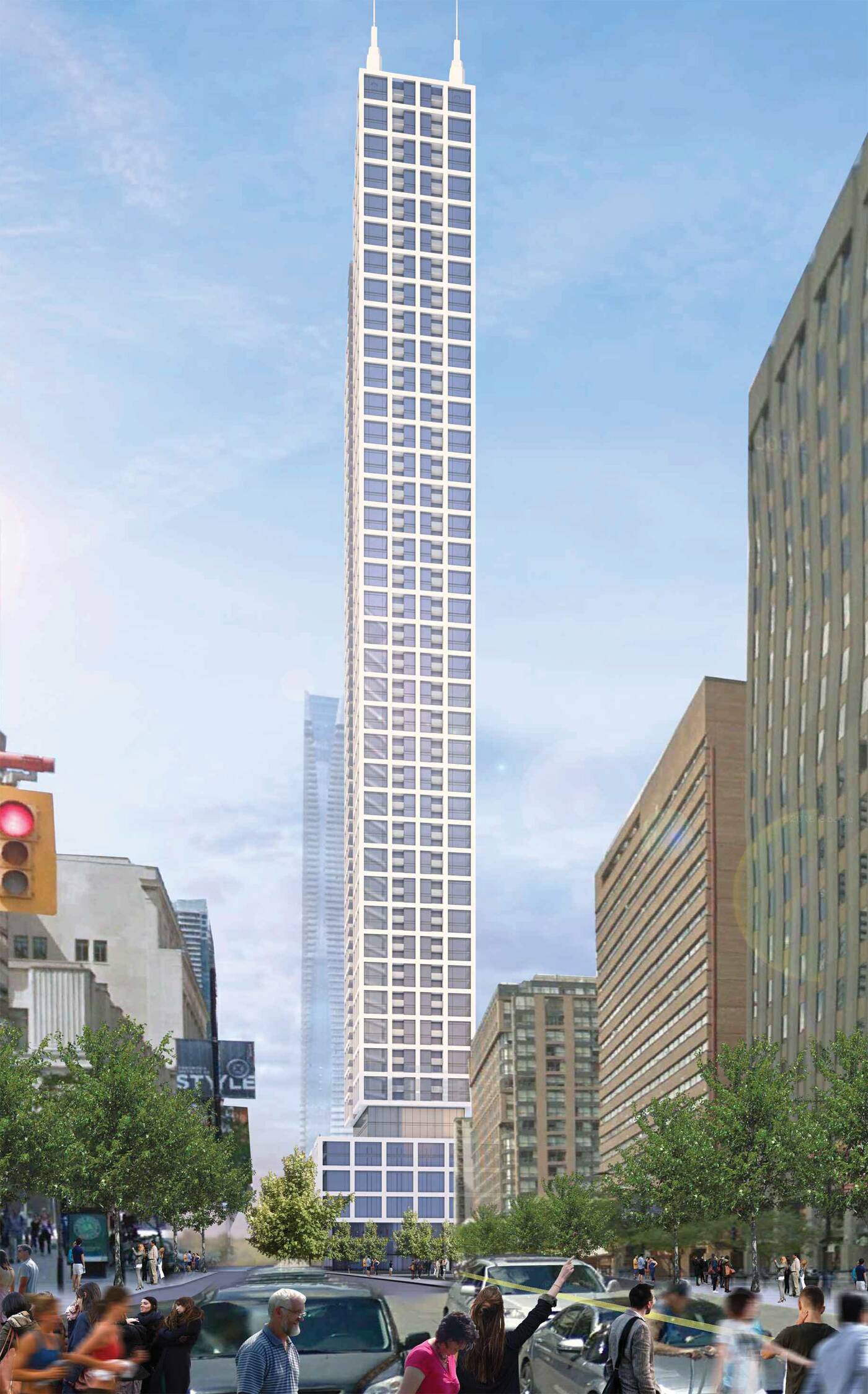 As Urban Toronto reports, the new proposal cuts the number of units down from 1,100 to 1,056. Given the gap between the towers was quite narrow (18 metres), the single tower design maintains much of the square footage of the original.

Built in 1959, the existing 18 storey Carlton Tower that currently occupies the site is unlikely to receive heritage protection, though it is broadly included in the Yonge Street Heritage Conservation District. 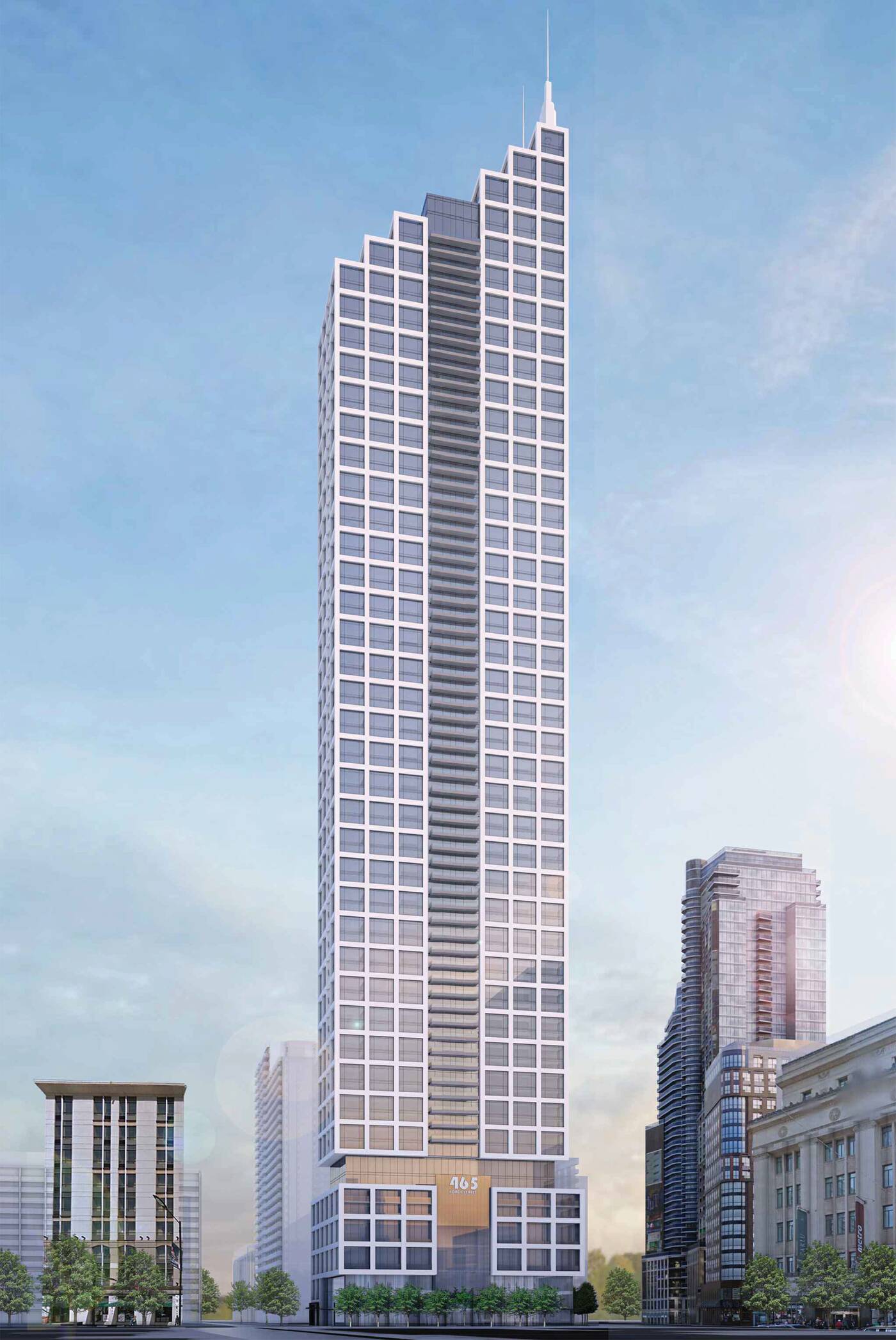 While the proposed height at 2 Carlton would make it one of the tallest condos in Toronto by current standards, with super tall towers in the works for both Yonge and Bloor and Yonge and Gerrard, it will merely maintain the density planned at major intersections along Yonge St.

The current designs have yet to be approved by the city, so some alterations could be on the way, but with Yonge St. soaring upwards, it'd be hard to argue that the height proposed here is outlandish.

IBI Group via the City of Toronto