There's a major TTC closure on Line 1 this weekend

Toronto's in store for yet another TTC subway closure this weekend, this time on the Yonge side of Line 1 where crews will tackle much-needed track work.

There will be no subway service between St. Clair and Lawrence stations on October 28 and 29. All trains on Line 1 will turn back northbound at Lawrence Station and southbound at St. Clair Station. Shuttle buses will operate between these stations during the closure. 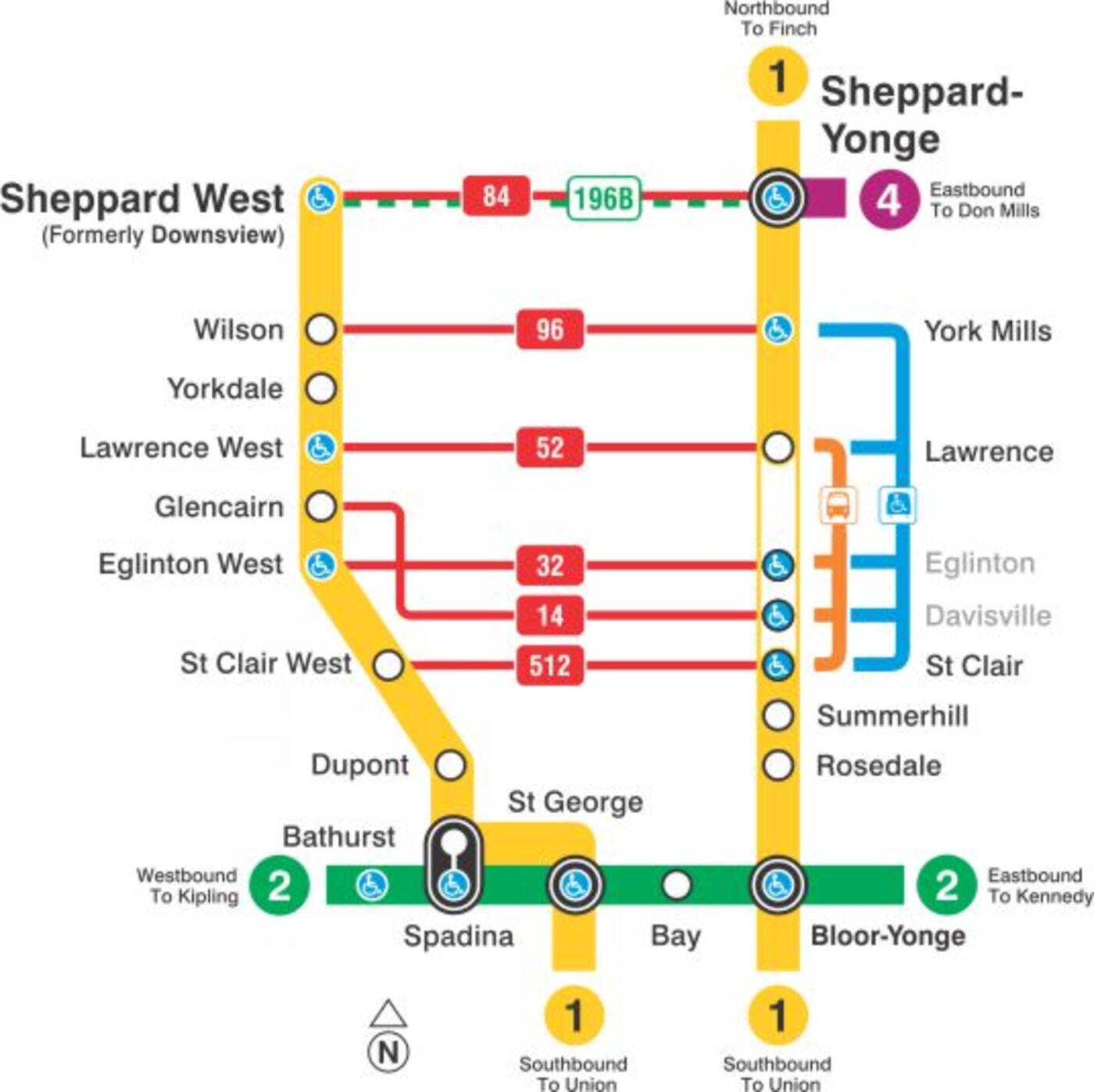 Subway service will resume on Monday morning. The next scheduled closure will halt weekend service on Line 1 between Sheppard West and St. George stations on November 4 and 5 due to signal upgrades.

It's also important to note that trains on Line 1 will be bypassing Queen Station both ways starting at 11 p.m. each evening until late November due to fare gate construction. Service will resume at the regularly scheduled time each morning.