It's time to get prepared for the King Street Pilot Project, which will soon transform one of Toronto's primary streets.

Construction on King Street for the transit and pedestrian-based project has already begun. Crews were spotted today removing traffic lines and installing new signage along the street in preparation for the pilot's debut. 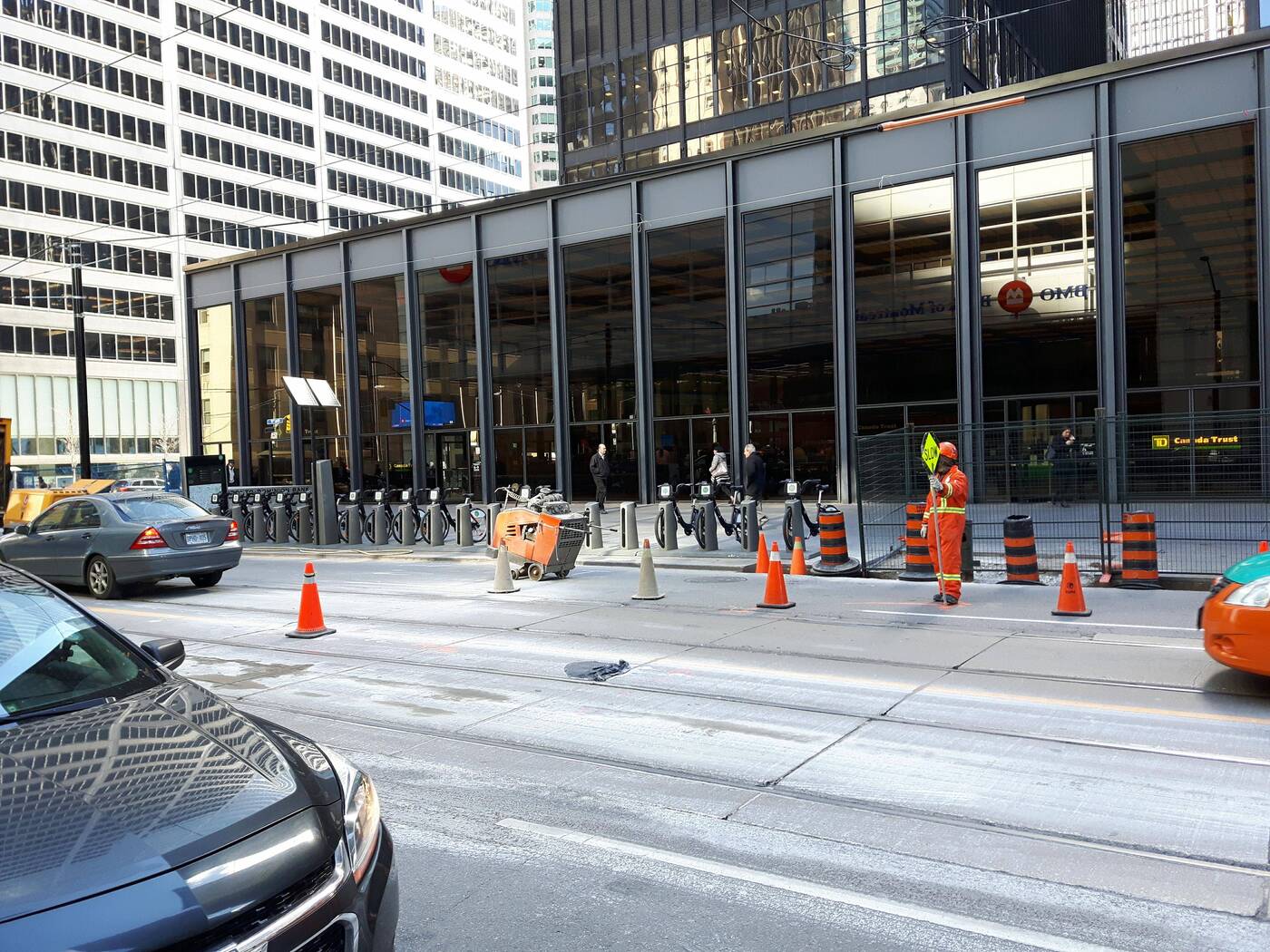 The project is officially set to open November 12, and will severely limit the amount of vehicular traffic on King Street thanks to a slew of new restrictions.

The pilot stretches from Jarvis to Bathurst, turning this stretch of King into what's being referred to as a "transit priority zone." 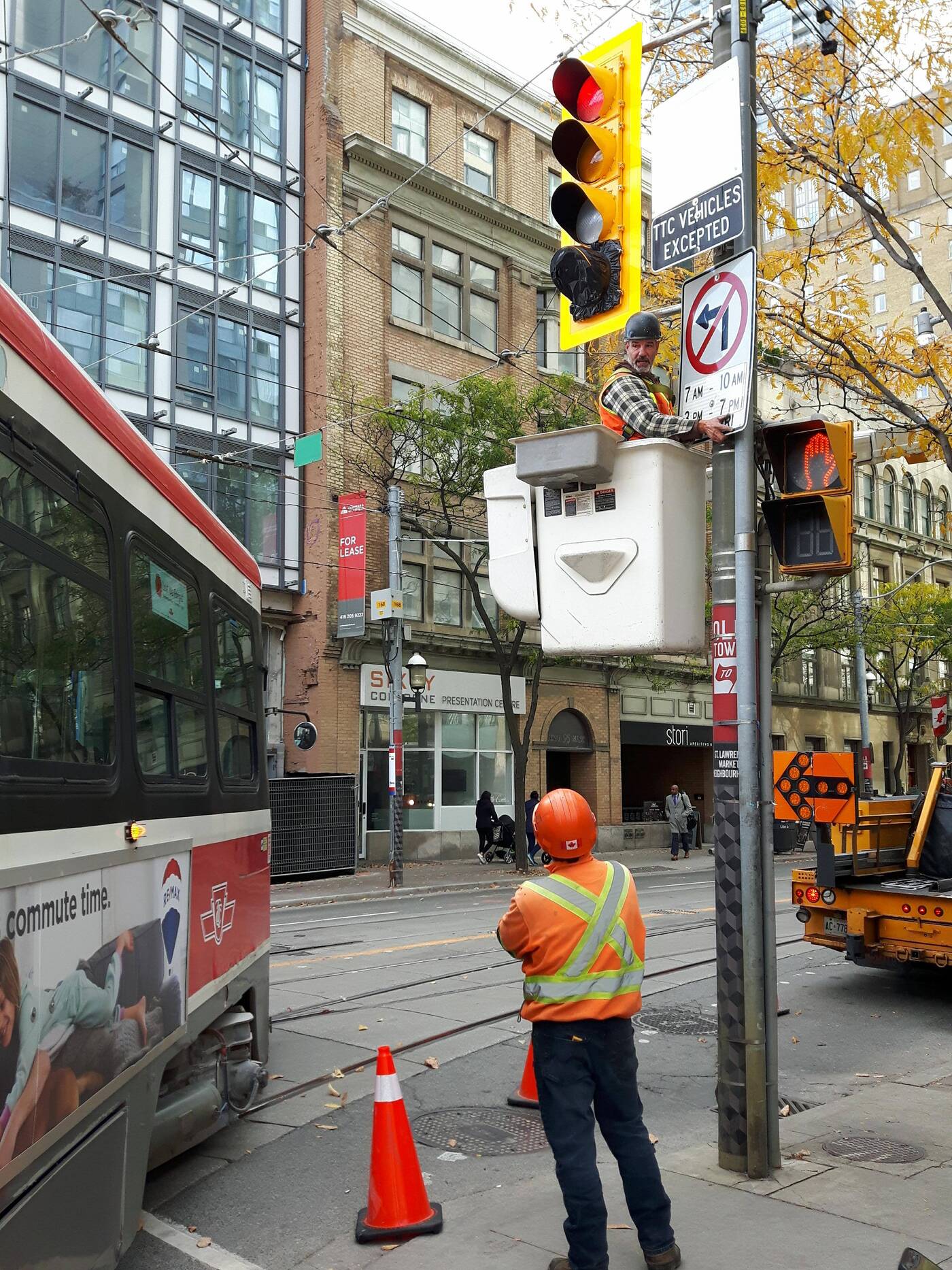 New rules for traffic will including forced turns at key intersections and bike boxes for cyclists. 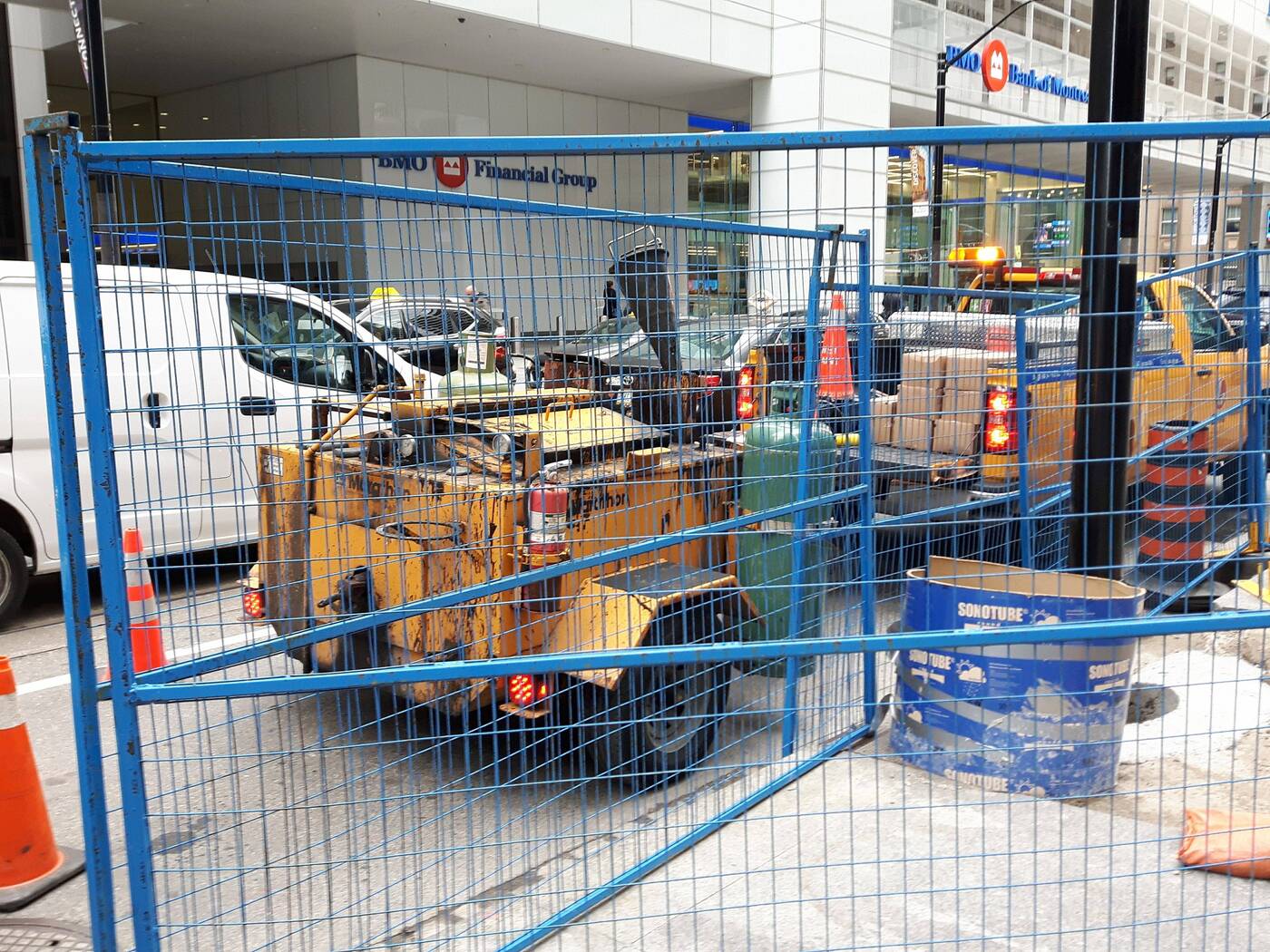 Many curbside sections of King are blocked off with construction fencing. Photo by Michael Ott.

Drivers, pedestrians, cyclists, and transit riders should double check the new route ahead of its scheduled start day to make sure they know how to travel down King.