Toronto has been ranked the 4th safest city in the world – or so says the Economist Intelligence Unit. The EIU released its 2017 Safe Cities Index this week along with a report on the importance of "security in a rapidly urbanising world."

A total of 60 cities from across the globe are ranked on the index, based on 49 indicators from four key areas of study: digital security, health security, infrastructure security, and personal security (or "physical" safety, as it was called in previous iterations of the index).

Tokyo, Singapore and Osaka remain the three safest cities overall. This hasn't changed since 2015. Toronto, on the other hand, shot ahead in the rankings this year with an overall score of 87.36.

In just two years, the city has moved from 8th place to 4th place on the EIU's Safe Cities Index, thanks largely to improvements on the digital and health fronts. 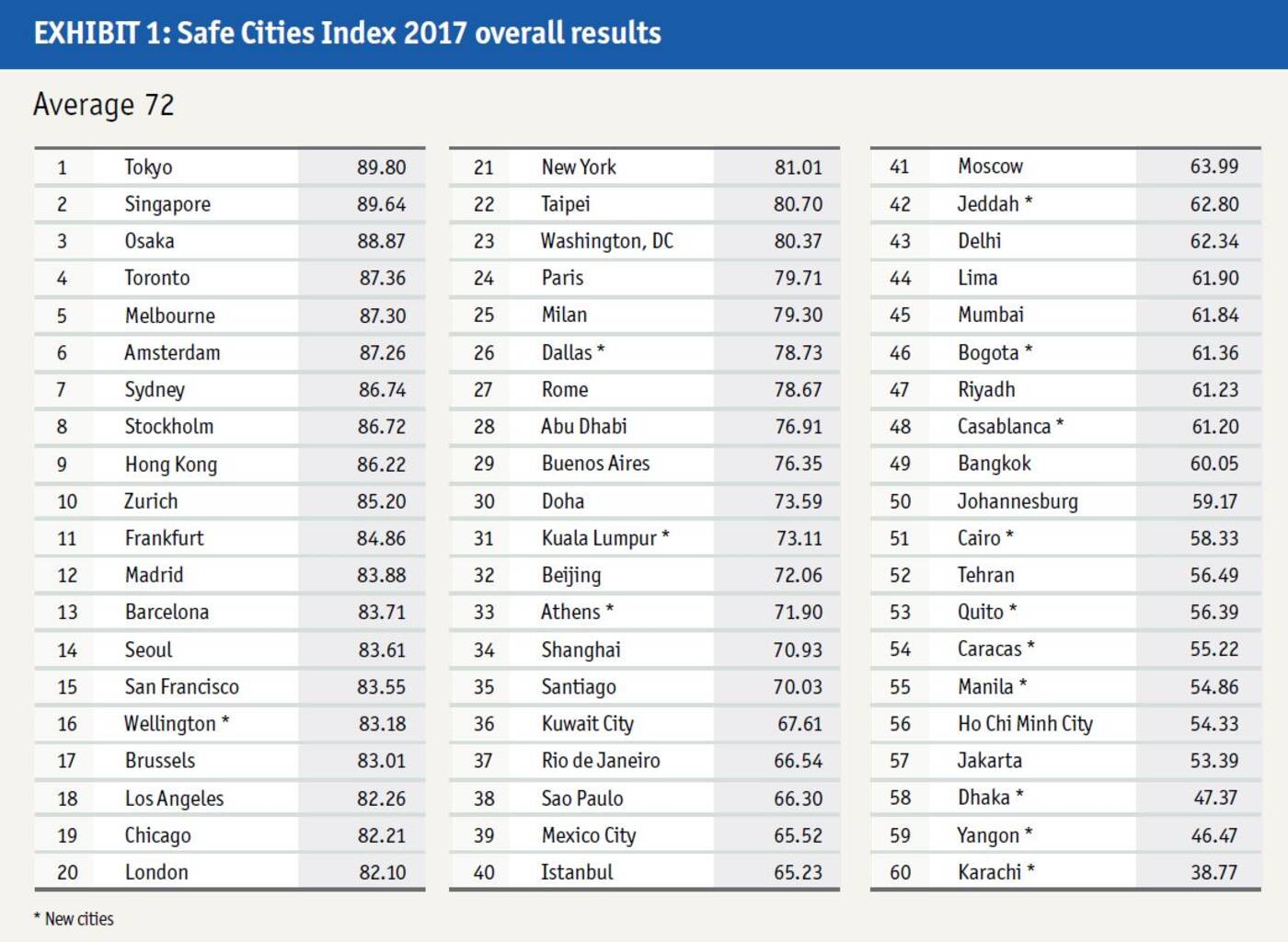 This would appear to be good news for Toronto, as, according to the paper, cities become more vulnerable to safety risks as they grow larger and more successful.

"City governments in the developing world are still struggling to keep pace with the rapid expansion of their populaces" reads the report. "Which is straining infrastructure and overwhelming health services and law enforcement, the extent to which it is even present."

For being in the midst of a population boom, we seem to be doing pretty well. Toronto ranks 5th in the world for personal security, 11th for health security and 14th for infrastructure security.

In terms of digital security, Toronto comes in – quite fittingly – at spot number six.