A Toronto neighbourhood wants to run its own transit service

Do you have trouble getting to the nearest GO station? Perhaps you and your neighbours should consider crowdfunding your own bus service.

That's what the neighbourhood of Humber Bay Shores has decided to do.

A GoFundMe page started by the Parklawn Lakeshore Improvement Association is seeking to raise $50,000 for the purchase of shuttle buses and implementation of a new, self-made commuter route. The aim is to provide residents with transit access to Mimico GO Station nearby.

According to the organization, the goals are twofold. First, to connect residents with the GO station. But the second goal is important as well: to demonstrate the need for transit access from the TTC. 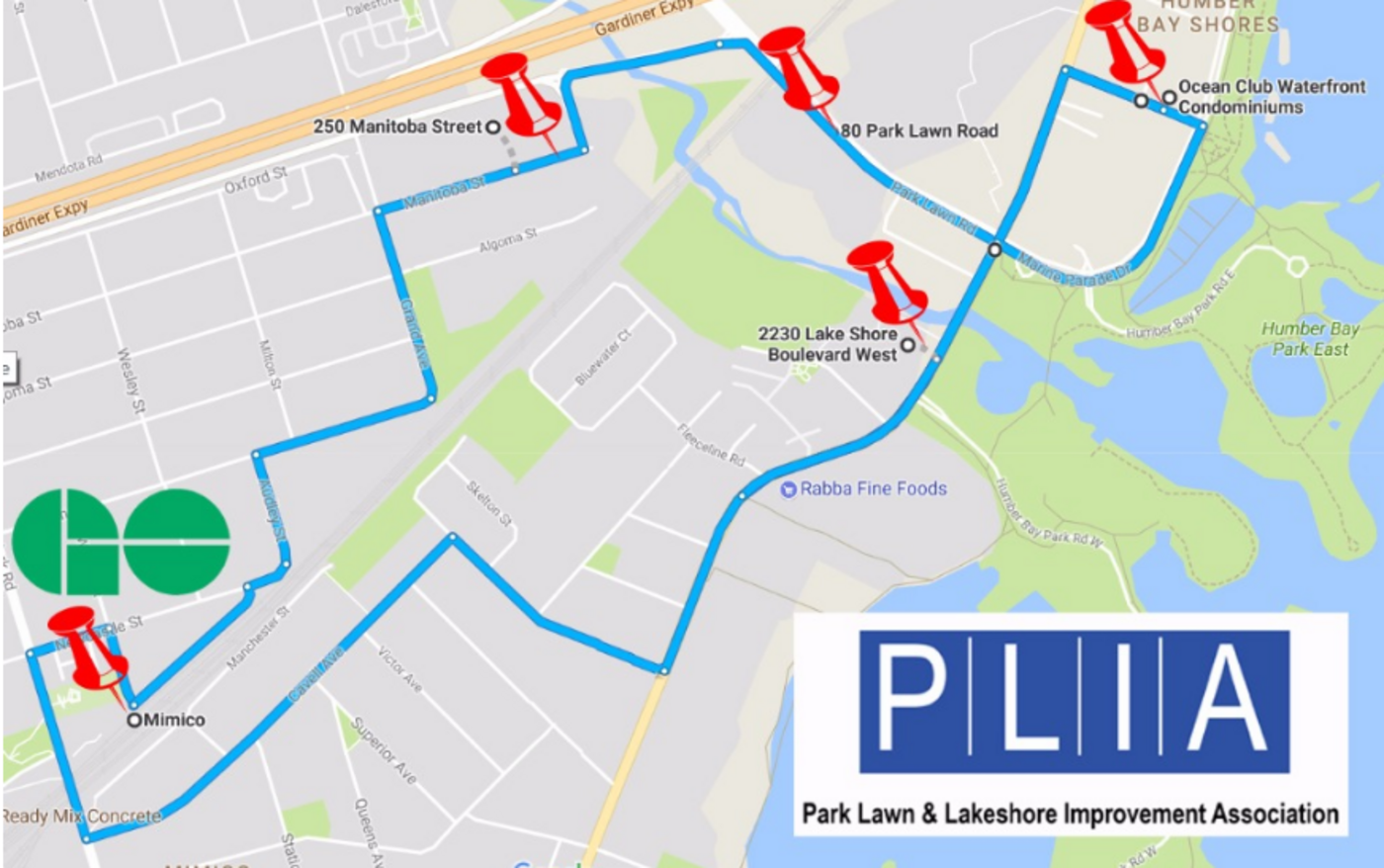 The proposed route for the shuttle. Photo from PLIA's GoFundMe.

The idea is to sell memberships for the proposed service, which would thus be a public/private hybrid. Membership would be open to neighbourhood residents, but the shuttle wouldn't be available on a per-ride basis.

You may remember a few years ago when Liberty Village attempted to create its own transit route. The route was ultimately shut down for violating city rules pertaining to the TTC's status as the city's transit provider.

The PLIA ensures that this won't happen with their new service because it's not selling individual ride tickets, which organizers believe is permitted under current city regulations.

If funding attempts are successful, the service will begin operation later this year. As of today, the group has raised $400, though the campaign has only just launched.