Massive condo to rise above famous Irish pub in Toronto

A Toronto landmark will soon be swallowed up by a towering condo at Richmond and Church streets, but the good news for preservationists is that it doesn't look like the city will lose another historic building.

The new development, located at 114 and 120 Church St. as well as 59 Richmond St., is set to rise to 45 storeys or 149.5 metres right above the famous McVeigh’s Irish Pub, whose owners have staunchly refused to sell their property to developers.

The fate of 120 Diner/Club 120 doesn't appear so bright according to the development application and the new renderings, which show no sign of its continued existence.

A full render of the building at its 45 storeys. Image by Teeple Architects via the City of Toronto.

The proposed development will house around 567 residential units, including one-, two-, and three-bedrooms. Meanwhile, the ground level will feature retail space, and the second floor will have room for both retail and office space. 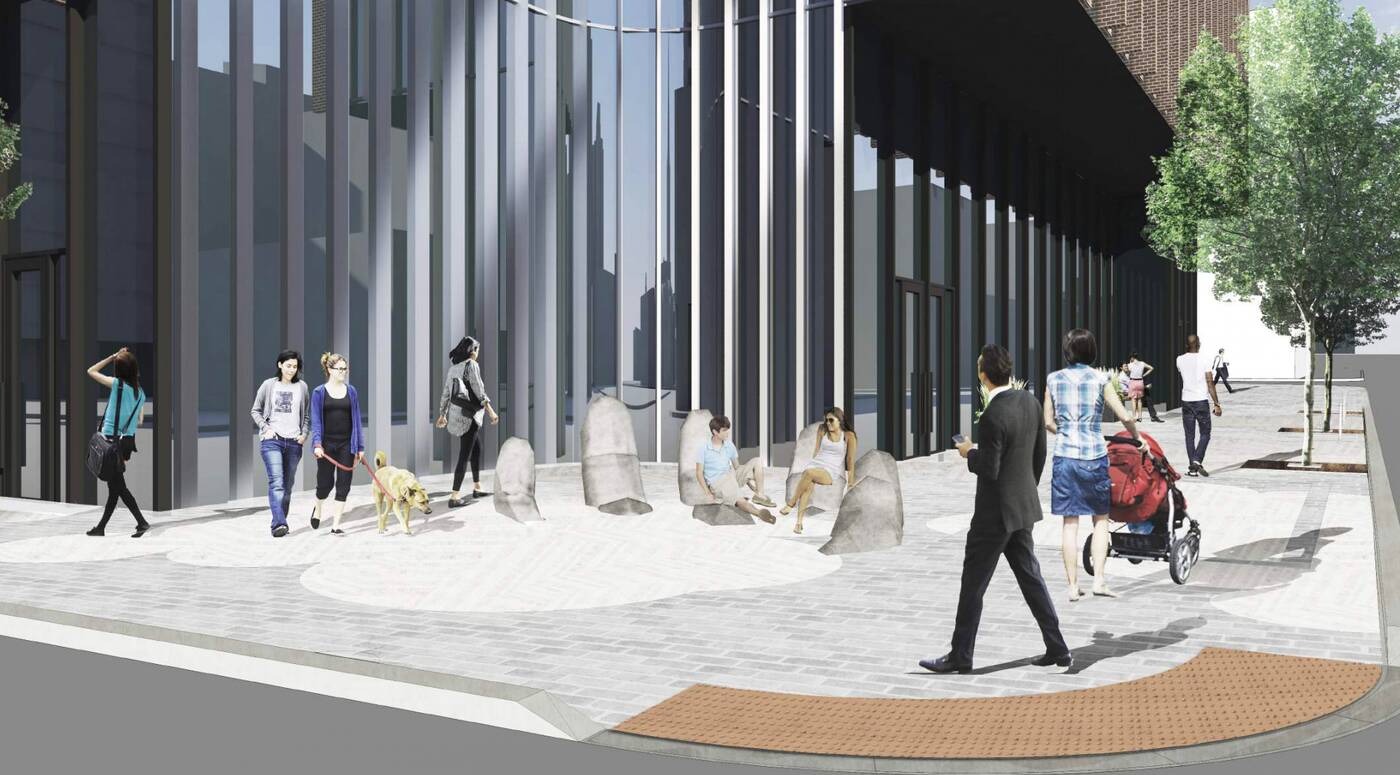 The first floor at-grade will feature public space and retail. Image by Teeple Architects via the City of Toronto.

What is particularly interesting is the stepbacks featured on the first, fifth, seventh, and twenty-first floors. These will leave room for outdoor gathering spaces and amenities. These also help avoid the sense that the new development is completely subsuming McVeigh's.

Still, it remains possible the city planners will consider the huge new building too close to the existing historical structure. These plans have yet to be vetted by the city's Design Review Panel.

The striking glass structure will take over one of the few remaining low-rise sections of the area, and tower above Church and Lombard should it be approved in its current form.

Teeple Architects via the City of Toronto