This is what King St. will look like as a transit zone

King Street is about to undergo some serious changes.

Toronto has been working on plans for the King Street Pilot Project for quite a while now, and has just released a document showing exactly how it'll all work.

From new right turn signals to dedicated streetcar lanes, let’s take a trip along King Street to see all the new rules and changes that will take effect next month (November 2017). 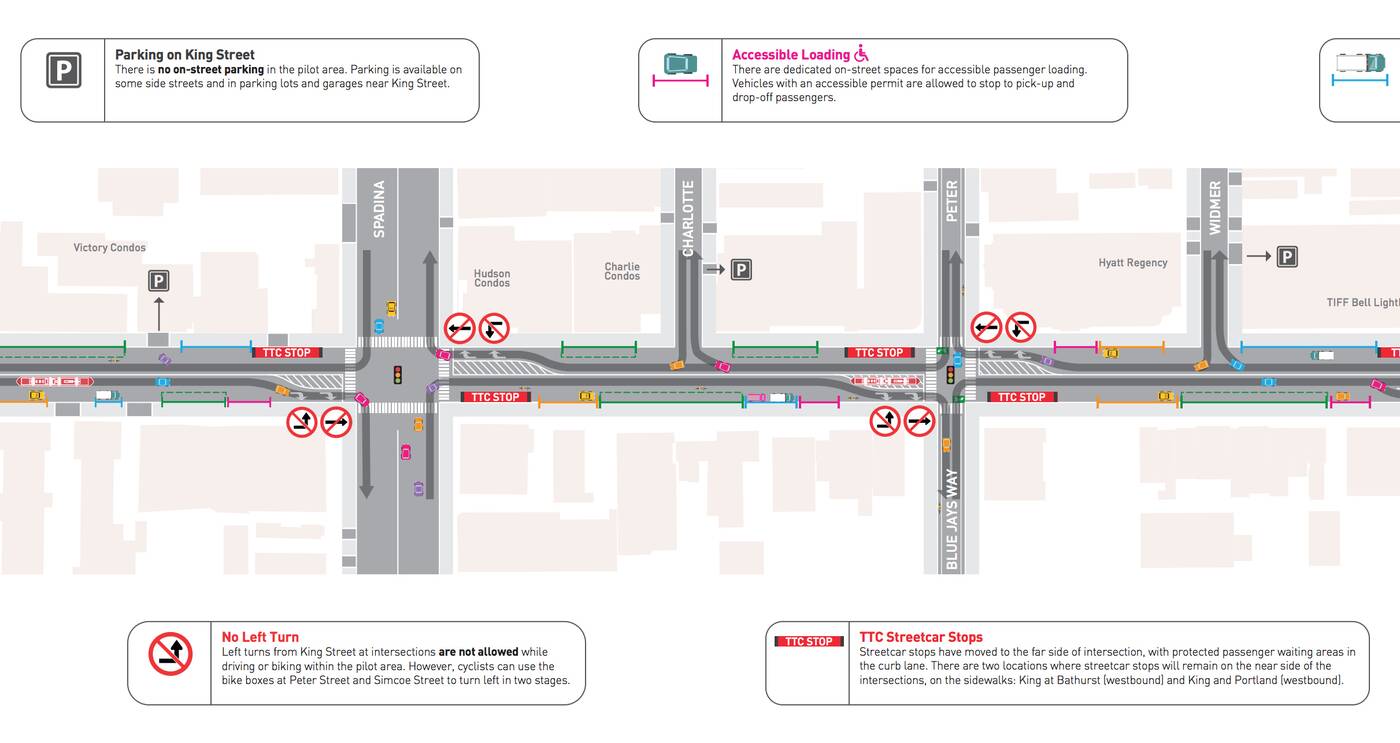 Vehicles other than streetcars, emergency vehicles, and deliveries will no longer be allowed to drive through intersections. Image from the City of Toronto.

Left turns at signalized intersections (turning off King) will be banned in the pilot area, while current left turn restrictions for turns onto King will remain.

Dedicated right turn lanes will be marked. To prevent being blocked by streetcars, the streetcar stops have been moved to the far side of the intersections.

Parking has also been completely removed (though there are some designated areas for deliveries and pick ups and drops offs). 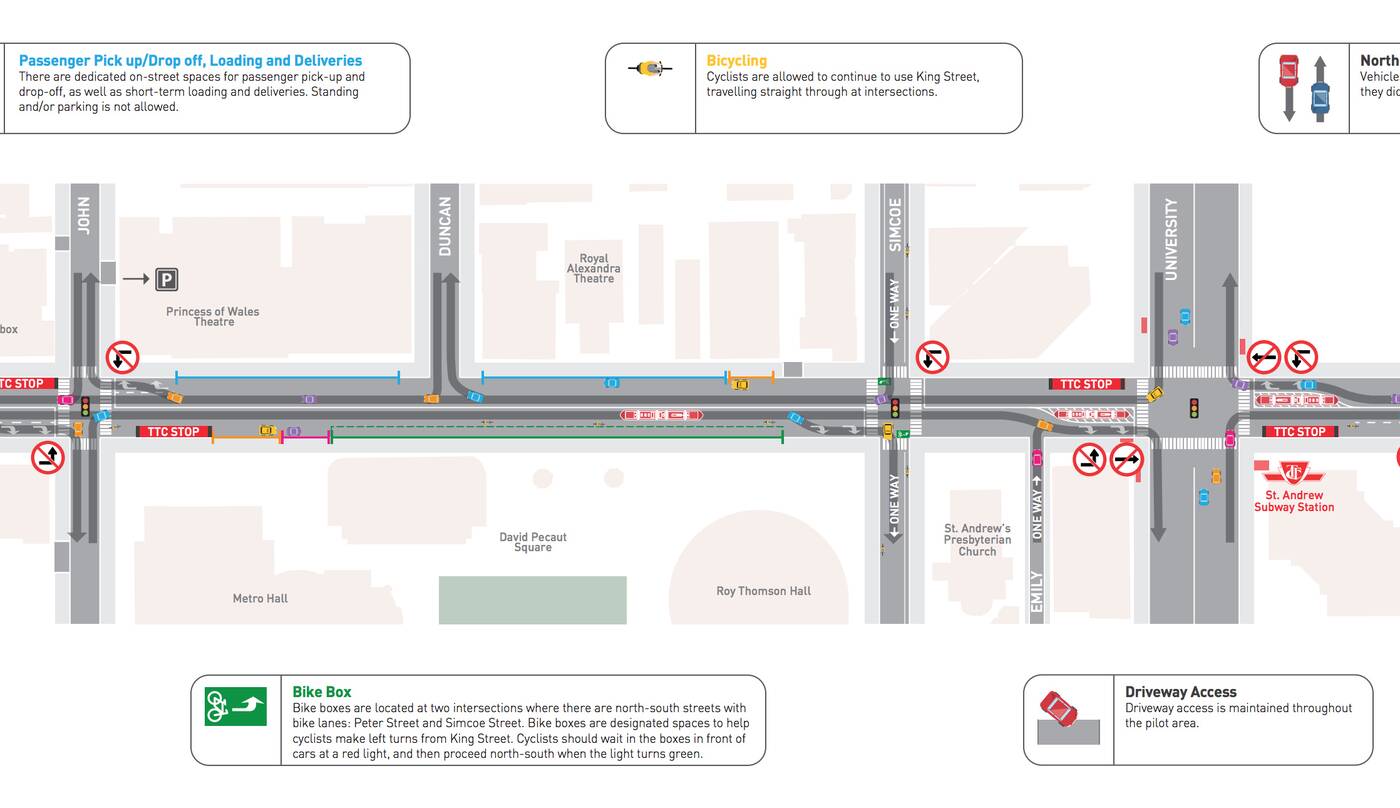 Bicycles will also have new rules, including the bike boxes at Peter and Simcoe which will permit left turns. Image from the City of Toronto.

Cyclists, unlike drivers, are permitted to drive through intersections.

Drivers looking to pick up and drop off passengers must do so on north-south streets or in the designated passenger drop off zones. 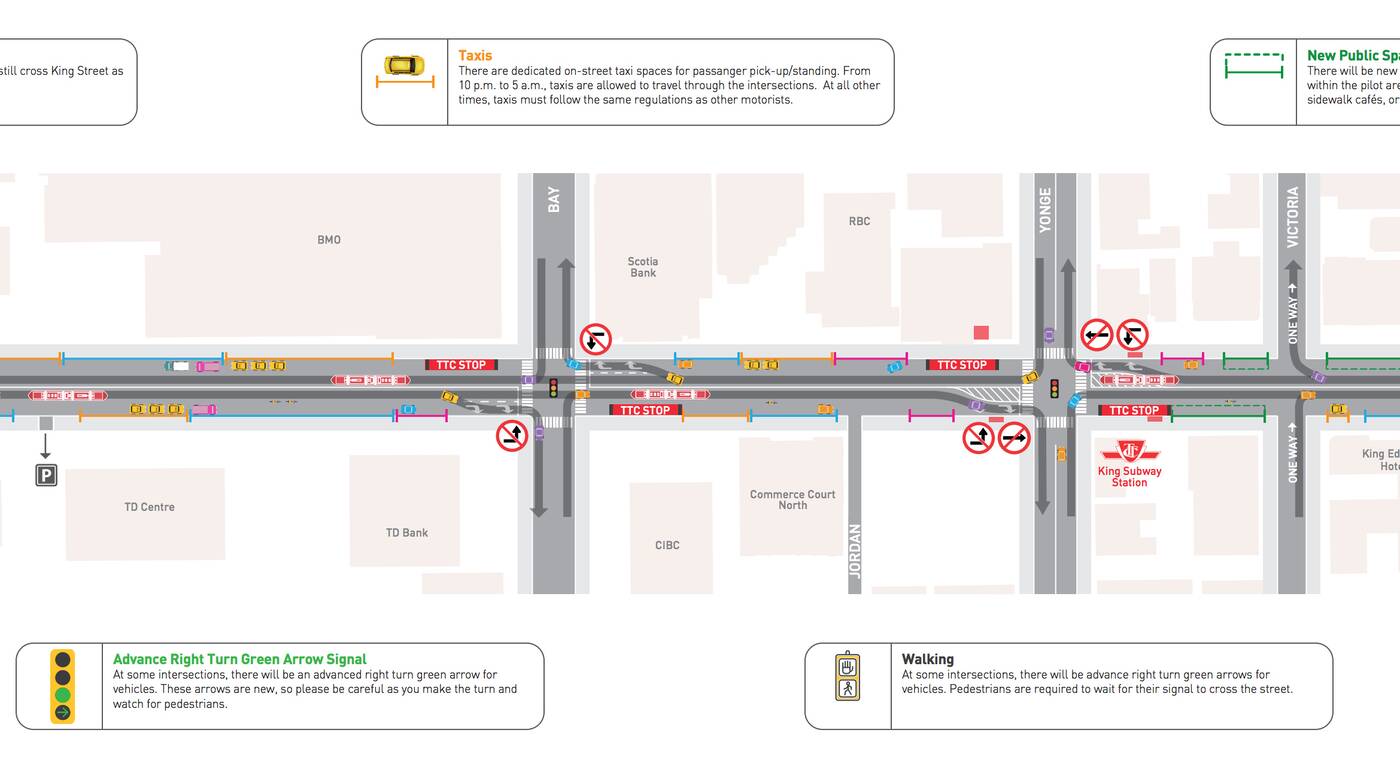 Taxis will be allowed at night, and will have their own dedicated pick-up/drop-off zones. Image from the City of Toronto.

The new right turn advances will be something for both vehicles and pedestrians to adjust to. 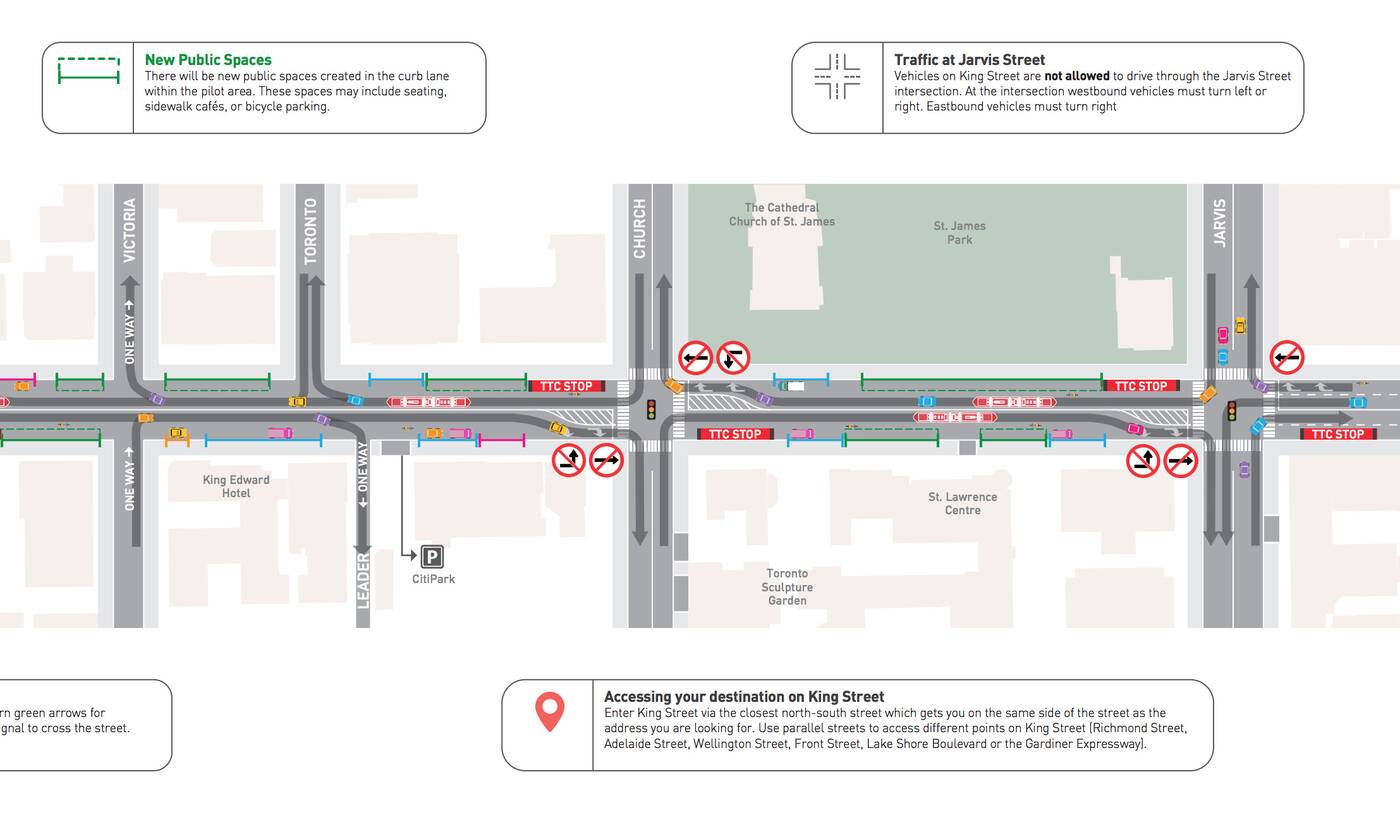 Public spaces like benches, seating, patios, and other things will be added curb-side. Image from the City of Toronto.

The pilot project ends at Jarvis Street in the East, where the street resumes in its former configuration. However, drivers will still not be able to drive through the Jarvis/King intersection and must instead must turn off of King.

People who typically drive down King may have to endure a bit of a headache for the time being, but the project will hopefully help with transit congestion, and provide a faster trip for many through the downtown core.