Someone from Toronto just designed the condo of the future

The decision to go from "renter" to "owner" can be terrifying, especially in a housing market like Toronto's.

Some people hold off on buying over uncertainty in the investment, a lack of cash, or because of myriad other factors. Many of us, though, are simply torn by what we don't know about the future.

Wouldn't it be nice to know that you could modify the size of your home as needed down the road? For financial reasons, family reasons, or otherwise?

University of Toronto architecture student Yupin Li dared to dream that this could somebody be possible – and thanks to her hard work, it actually might be.

Her prospective design for a new type of flexible housing units, imagined on Dundas Street near Palmerston, just won Li an award of excellence at the 2017 Toronto Urban Design awards.

Toronto celebrates the best in Urban Design. We recognize it, because we want more of it. Congrats to all #TUDA2017 winners. https://t.co/zSDb7R0E0q

The project, called Flex, "promotes flexibility by creating multi-functional units that combine the rental and private ownership markets" according to the awards jury.

"Flexible spaces can be divided off as rental apartments," reads the description of Li's work, "then absorbed back into the units as families grow, providing a high-density solution that many families require."

Li told Metro Morning in an interview on Thursday that she was inspired by the many people Toronto who purchase houses and then rent portions of them out to cover costs. 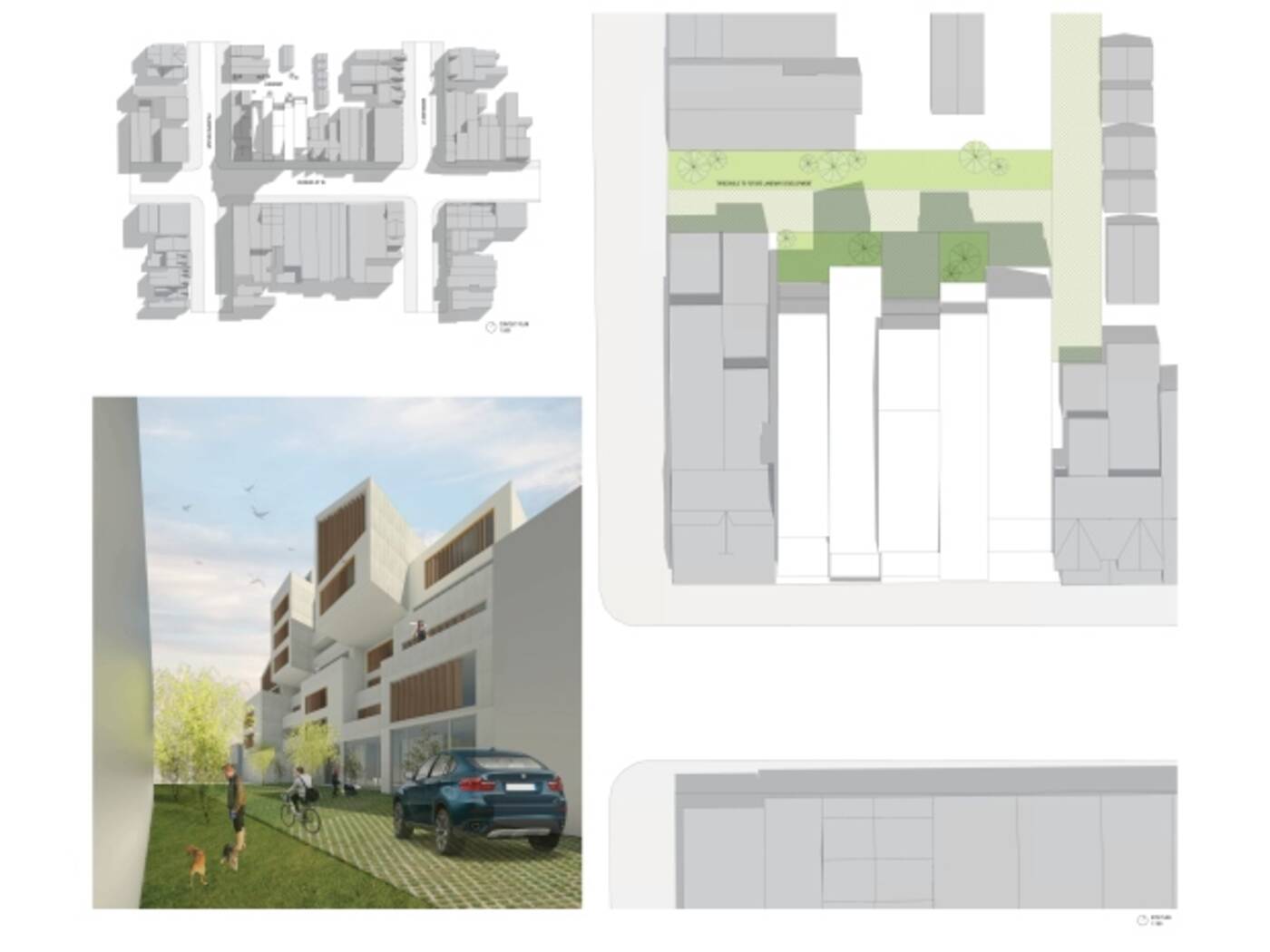 Li's rendering for Flex shows what the building complex could look like at 794 Dundas St. W. The green part of the design is meant to highlight the laneway running north of the lot. Photo by Yupin Li.

"A lot of people buy a house, rent out the basement, and later, when they can afford it, they take the space back," she said to the CBC radio program.

"You can rent out a portion of it to maybe cover your mortgage and as your family grows you can absorb the space back."