This week a Toronto bar kicked out a man for wearing a “Proud Boys” shirt.

Unlovable, a popular bar on Dundas West, removed the individual last Saturday night after a customer complained about the shirt, which featured a Jack Daniels logo with the words “Proud Boys” in place of “Jack Daniels.” 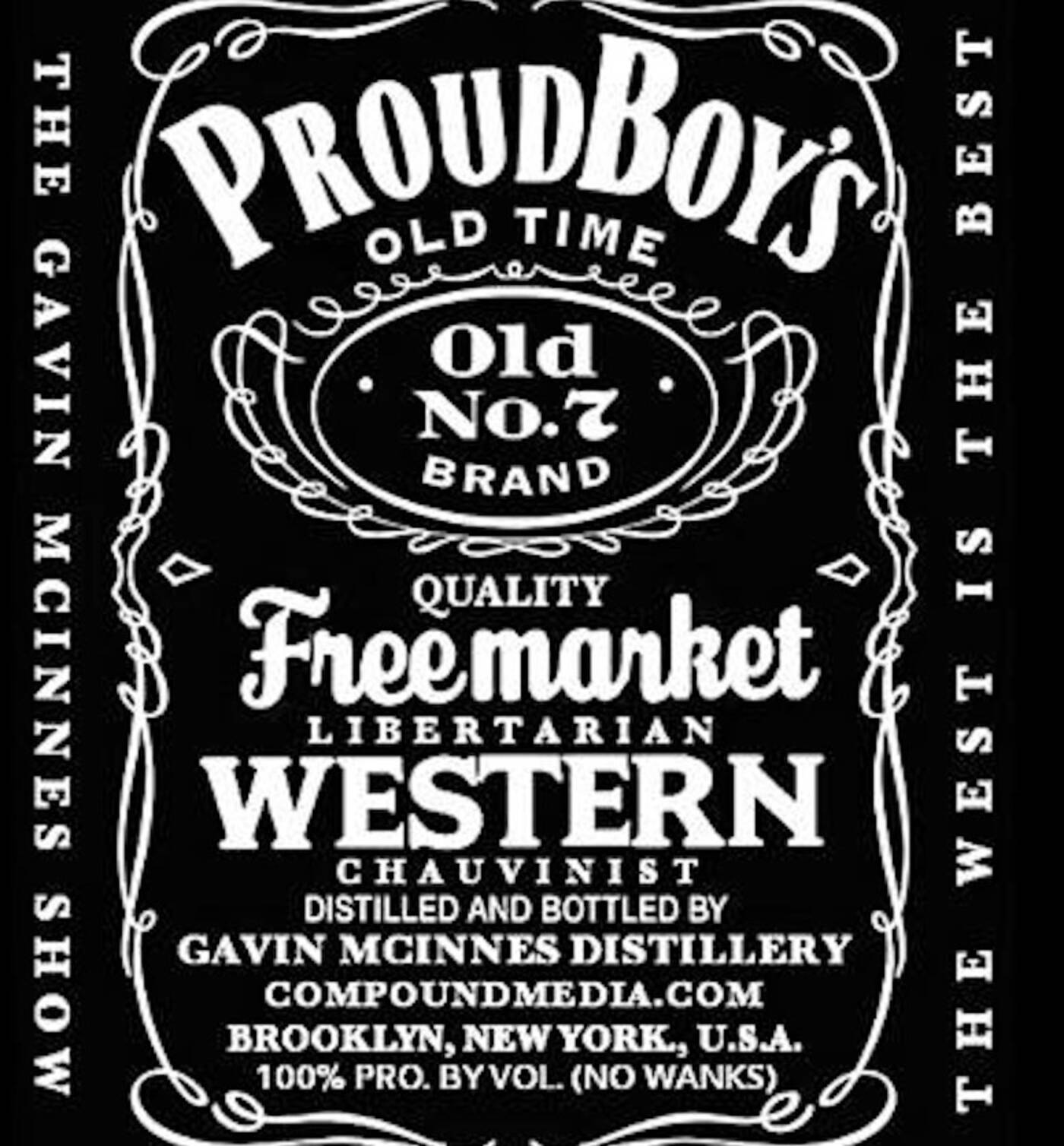 The Proud Boys version of a Jack Daniels label, similar to the graphic on the t-shirt worn by the patron at Unlovable bar.

The Proud Boys are a far-right organization founded by Vice Media co-founder Gavin McInnes. While their mission, beliefs, and purpose are all notoriously unclear, they claim to be “pro-West,” and “pro-Trump,” and are often lumped together with the alt-right.

After posting about the incident on Facebook, Unlovable's page has also been flooded with dozens of comments and reviews; many giving one star to complain on behalf of the Proud Boys, and many more with five stars praising the establishment for their hard stance on bigotry and hatred.

Goldie Saljoughi is the bar manager at Unlovable, and the employee who removed the patron Saturday night. She says it was absolutely the right choice, and that she has no regrets.

“We don’t believe in that here,” she says, “my job is to make sure everyone is safe and having fun.”

Part of why the incident was shocking for her, she says, is because Unlovable is a “friendly, neighbourhood bar” that mostly serves a regular crowd.

Saljoughi has been criticized by the man’s girlfriend for throwing them out for being “an interracial couple,” using the shirt as an “excuse,” per her Facebook review. Saljoughi laughs at this and says, “I’m from Iran, I’m not really a racist.”

However, Saljoughi adds that amid the negative backlash, she’s mostly seen positive responses from regulars and those who agree with them.

“The response from our community and customers has been overwhelmingly positive so that has really taken the edge off of the bad reviews.”

Several five-star reviews are from people who have never been to the bar, but are planning to go because their support for Saljoughi and the bar's removal of the patron.

“You can call me rude until the sun comes up but at least you can’t call me a nazi,” Saljoughi says.