New details have emerged about the much-hyped revitalization of Bloor and Dufferin in Toronto, and, as anticipated, things are going to look very, very different here when the project is complete.

We already knew that the mixed use development would take over a site currently occupied by multiple schools, and that a public square was promised at the heart of the development. What was less clear until now was how, exactly, this futuristic Bloordale mini-hood would be laid out. 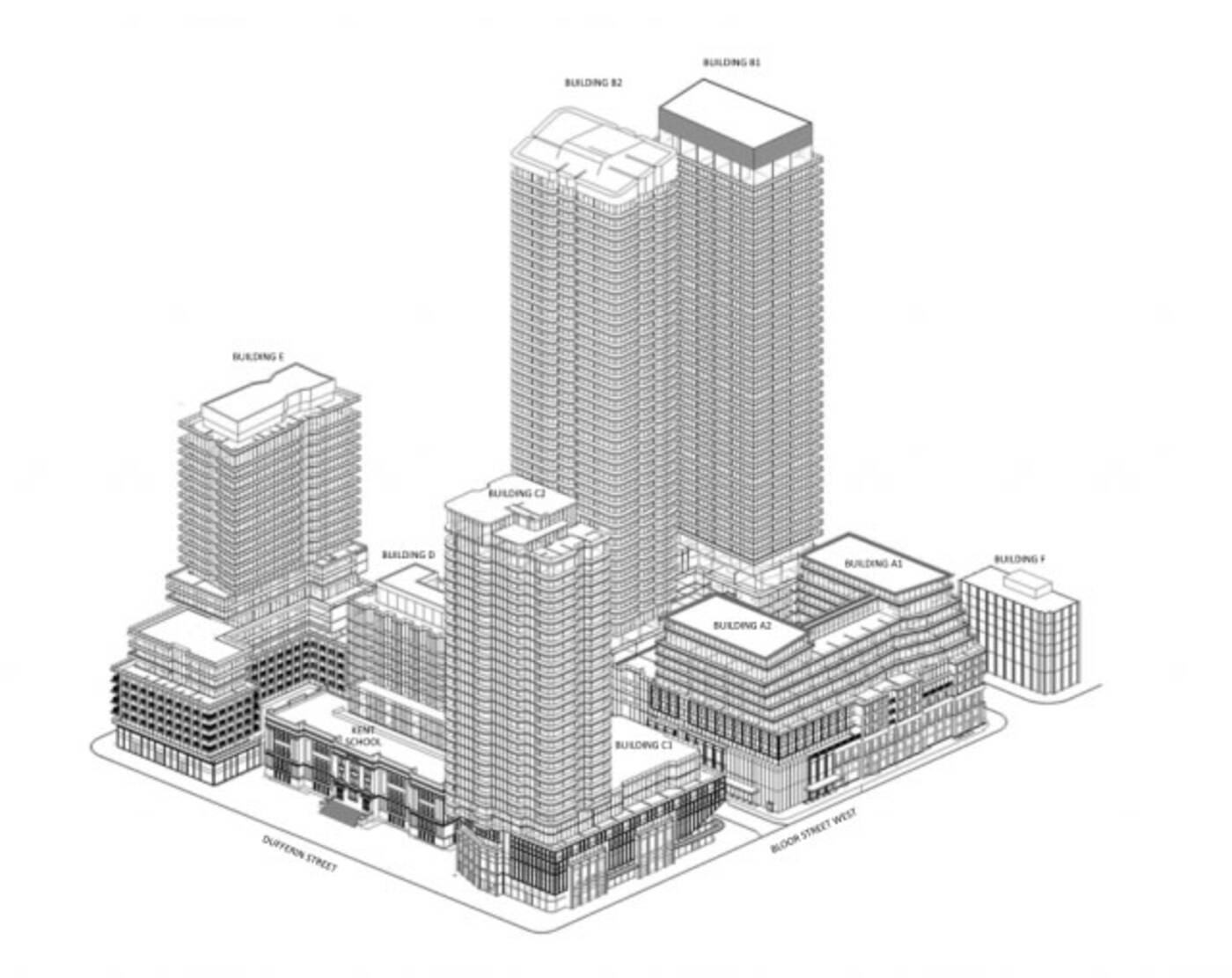 This rendering shows what the development will look like from the southwest. Image via Capital Developments.

Urban Toronto reports that Capital Developments and Metropia submitted a redevelopment proposal to the City of Toronto this week after completing an extensive public consultation process earlier this year. 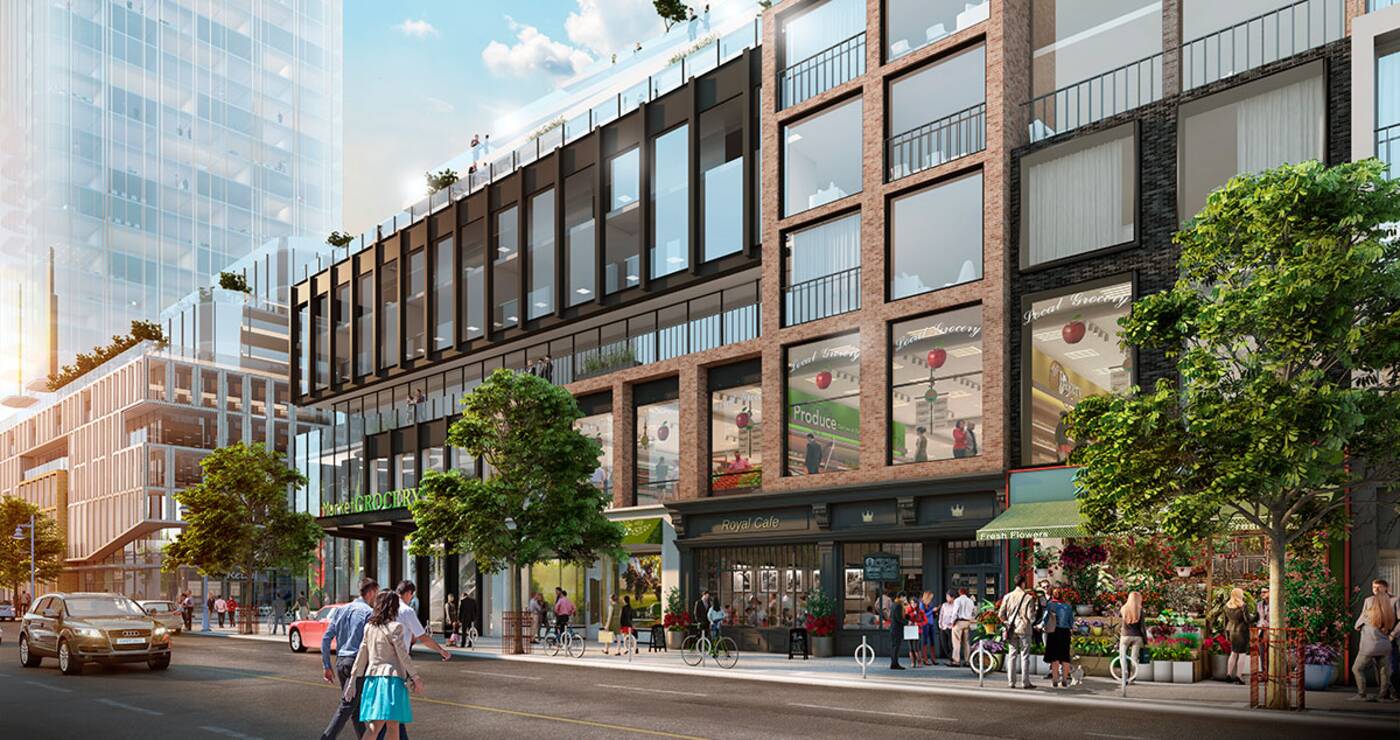 View of the new retail proposed along Bloor St. Image via Capital Developments.

According to the proposal, the development will be divided into seven blocks and involve the creation two, brand new, north-south streets.

Developers hope to build a total of nine new mixed-use buildings on the site in addition to the historic Kent Senior Public School building, which will be refurbished and retained for use within the community. 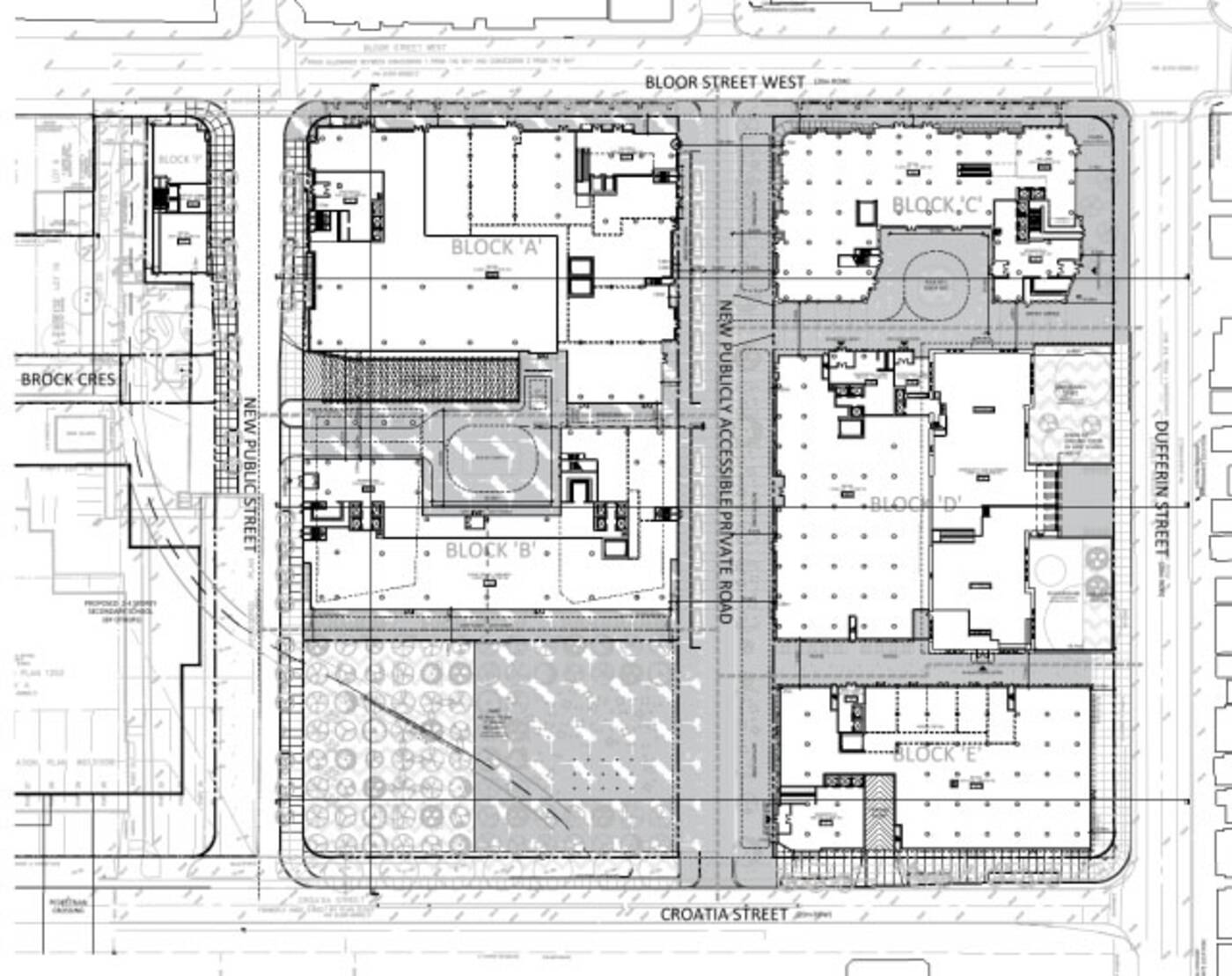 The massive development project will include the creation of at least two new streets, according to a recently-submitted photo. Image via Capital Developments.

The proposed buildings are all between six and 47 storeys high and feature the design work of heritage specialists ERA Architects, Hariri Pontarini Architects, Giannone Petricone Associates and gh3. 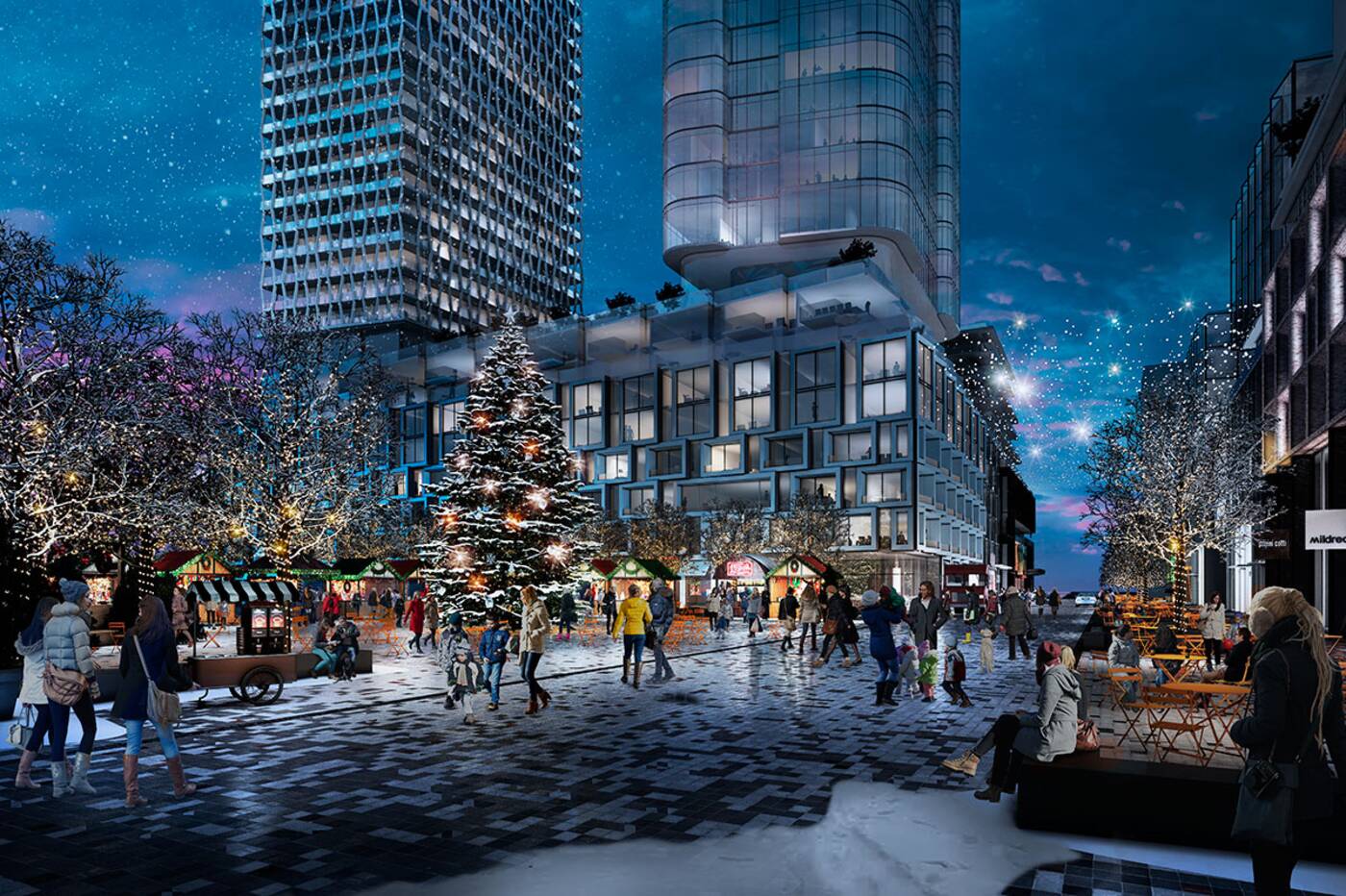 A view of the planned public space in the winter. Image via Capital Developments.

"We're delivering a range of housing to meet the needs of a growing and diverse population in #BloorDufferin," reads a message posted by the revitalization team on Twitter yesterday.

There's still a ways to go before developers break ground on the project, but according to a website run by Capital Developments and Metropia, they expect to complete a "final review" in 2018.