Toronto's newest sky bridge already made quite an impression when it was installed at the Eaton Centre back in July. The helix-like design from WilkinsonEyre and Zeidler Partnership architects turned heads right away, but it looks even better now.

As installation work has proceeded, the black covering on the frame of the structure has been removed to reveal beautiful bronze ribbing that totally changes the look of the bridge. 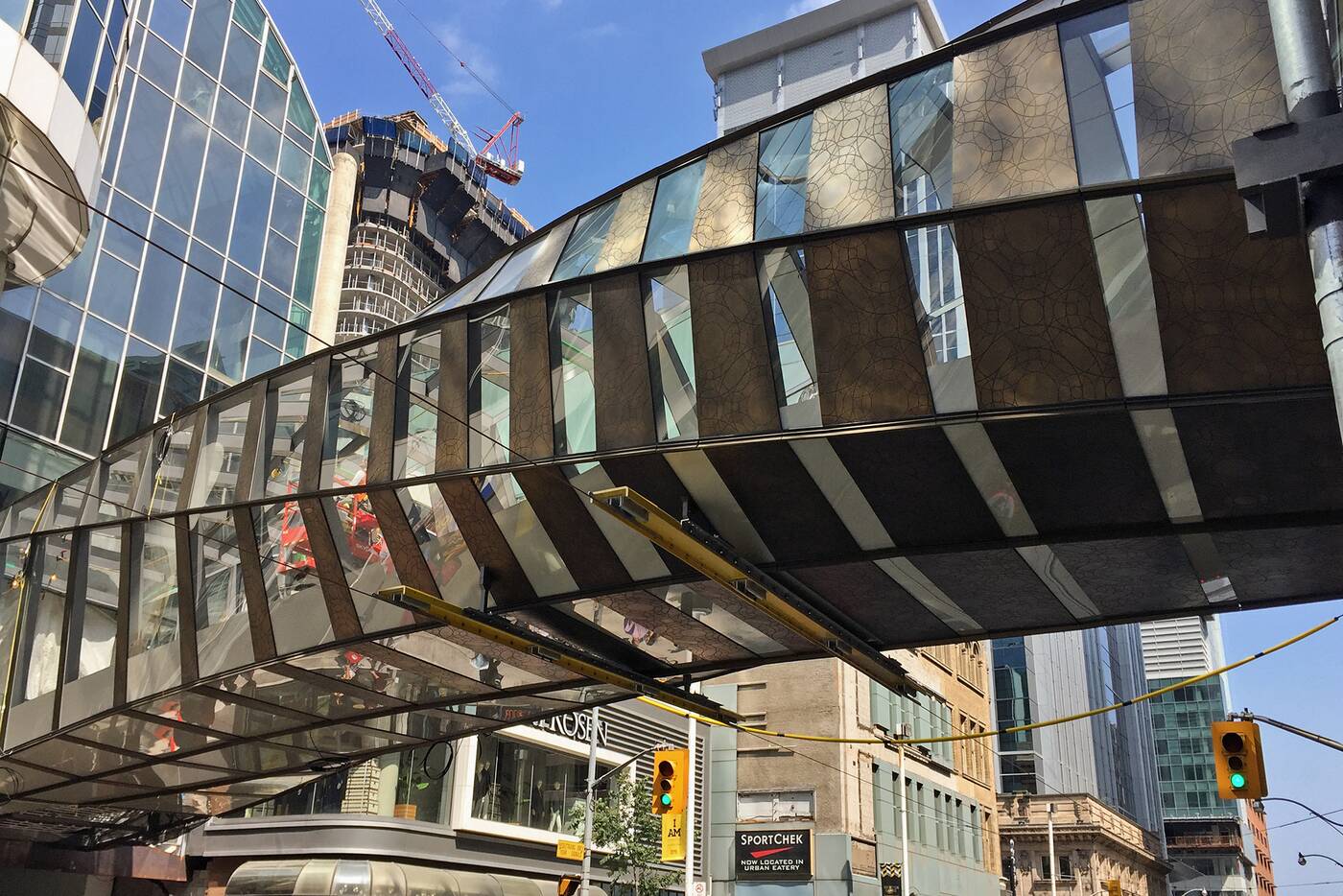 A closer look at the bronze etchings. Photo by Derek Flack.

Where once the bridge looked like merely a slick connection between the modern Eaton Centre and the historic Hudson Bay Building, now it's more organic.

The bronze colour palette complements the older structure, while the ribbed design highlights the shadow play witnessed on sunny afternoons. There's even designs etched into the bronze, which adds a layer of texture that plays well with the facade of the Bay. 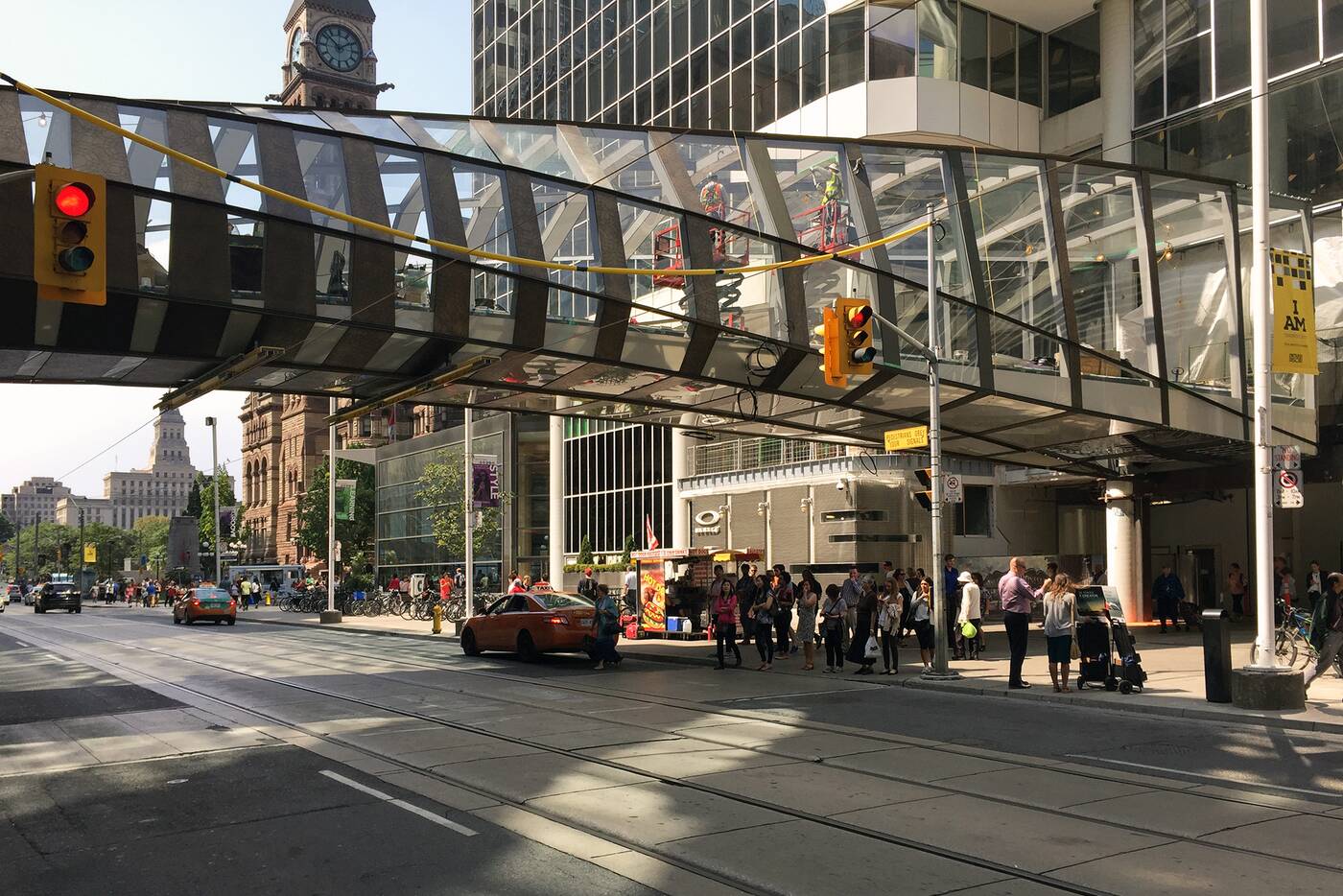 Apparently, the bronze elements will get even lighter when a protective film is removed nearer to the completion of the installation process. There's still other work to be done before the grand opening sometime later this fall, but this sky bridge has already made a mark.