Yorkdale mall could soon get an extreme makeover

Toronto's Yorkdale Shopping Centre has been on a spree as it welcomes a number of high-profile retail brands to the expansive North York mall.

But the shopping emporium at Dufferin and the 401 could one day look a lot different thanks a development application that was submitted to the city of Toronto this past spring.

"A Development Application has been submitted to amend the Official Plan and Zoning By-law to allow for a long-term, mixed use plan for the entire Yorkdale Shopping Centre site," reads a summary of the application.

"The applications include three conceptual block master plan options that comprise a range of retail, office, hotel and residential uses and an internal private street network," it continues.

Yorkdale's owners want the entire site included in the Dufferin Street Secondary Plan, which guides the growth and urban intensification along part of this north-south thoroughfare. 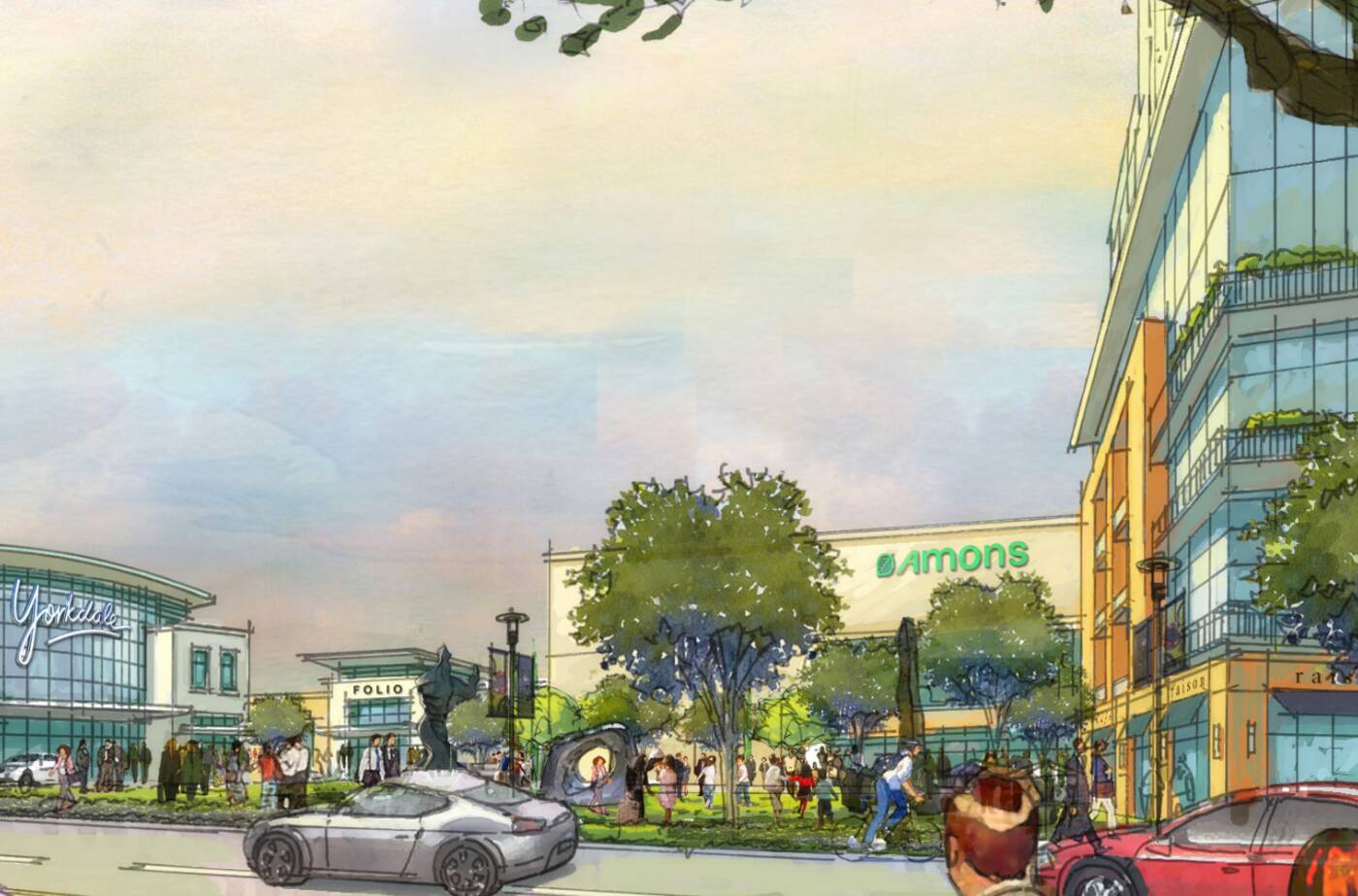 There are three proposals outlined in the development application and each one would bring one hotel, six office buildings and seven residential buildings to the site. Yes, that's a total of 14 buildings.

The plans also call for the shopping centre to open up onto Dufferin, with a proposed public space, which would make the mall much friendlier to non-vehicular traffic.

"The options all reflect City Planning objectives to create a vibrant corridor on Dufferin Street in the near term," reads the Planning Rationale, one of the supporting documents included in the development application.

This, of course, is a massive project. If approved, it would unfold over the next two decades and beyond.