Some Toronto residents and politicians are upset about groups circulating anti-abortion imagery in the city and have called for a ban against the practice.

The push comes after pamphlets displaying "graphic and traumatizing images" containing dismembered fetuses began to appear in the mailboxes of some Toronto residents.

Toronto-Danforth MPP Peter Tabuns posted on his Facebook the letter he sent to the Ministry of the Attorney General's office on August 24 which outlined the reasoning for the ban.

"My partner and I encourage our children to help with chores around the house," he wrote. "My 4 year old son helps collect the mail. I am outraged that today my son was exposed to these graphic images without my knowledge or consent."

"We want you to seek an injunction blocking the use of horrifying images by an anti-abortion group, the Canadian Centre for Bioethical Reform, which is distributing flyers and displaying placards on major streets in our area."

Similar complaints have been lodged in other cities across Canada, reports the CBC, including Saskatoon, Calgary and Surrey B.C.

Beaches-East York MPP Arthur Potts told InsideToronto that the issue of regulation of materials is a "slippery slope," and cited the government using graphic imagery to deter people from smoking. 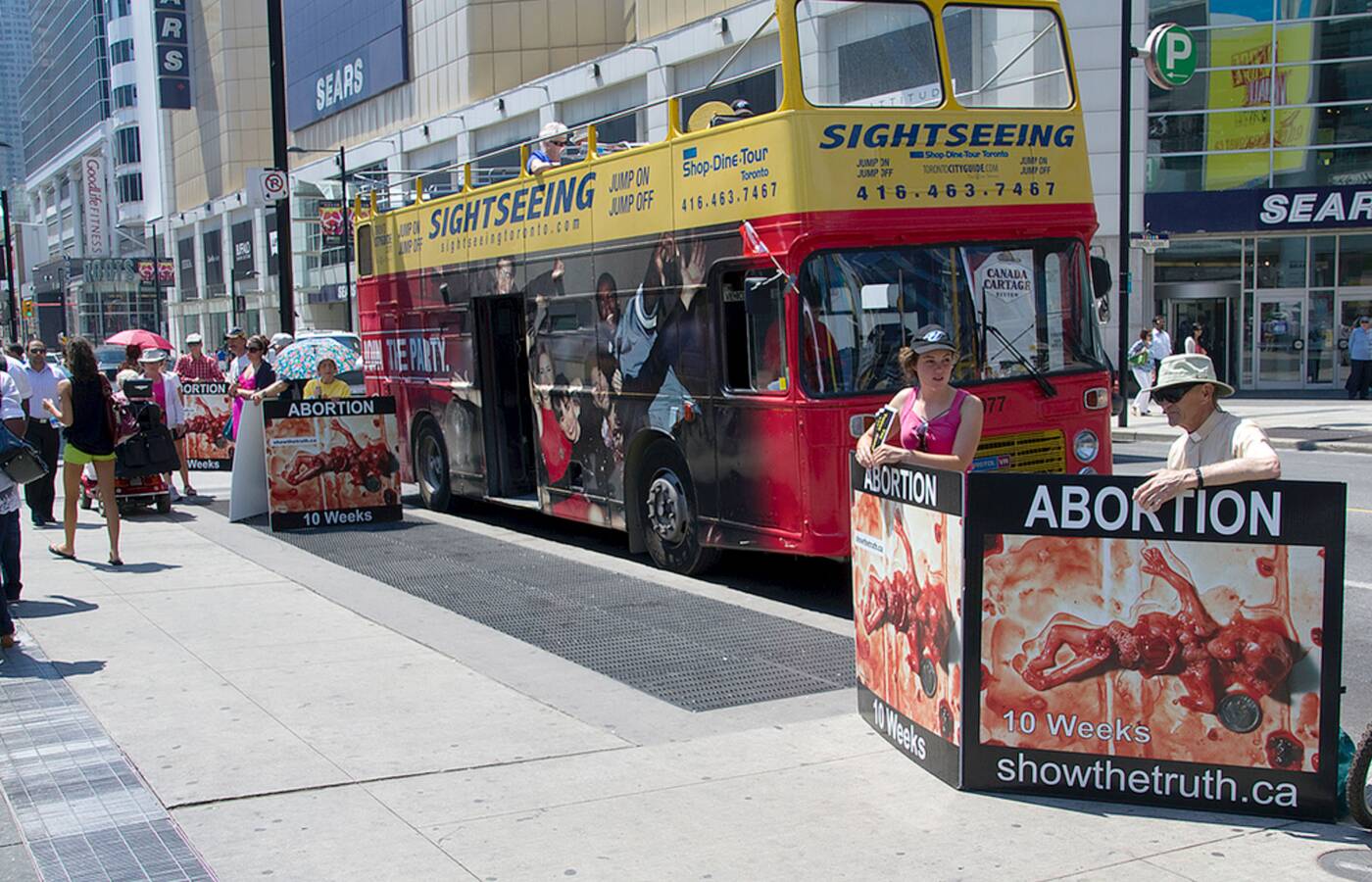 Anti-Abortion imagery is not new in Toronto. This photo from 2012 shows activists across from the Eaton Centre. Photo by Brian Cameron.

In Parkdale-High Park, city councilor Sarah Doucette has requested a court order to stop the distribution of the graphic images and is seeking a bylaw that will ban them outright.

Doucette argues that the ban doesn't call for protesters to stop handing out flyers on the street, "there's a difference when you hand someone a flyer, because then they have a choice whether to take it or not," she told the CBC.