Study confirms most Canadians don't know how to pronounce Toronto

For all of the weird nicknames Toronto has been given (Hogtown! T.O.! The Big Smoke!) nothing bothers my ears more than hearing two hard "T"s.

Pronouncing the second "T" in Toronto not only sounds pretentious, it's a dead giveaway that you don't actually live in Toronto – which is fine, if you're a tourist. We get enough foreign media here to know that you say it wrong.

What's more surprising is that, apparently, most of the other people in Canada say our city's name like an American does. 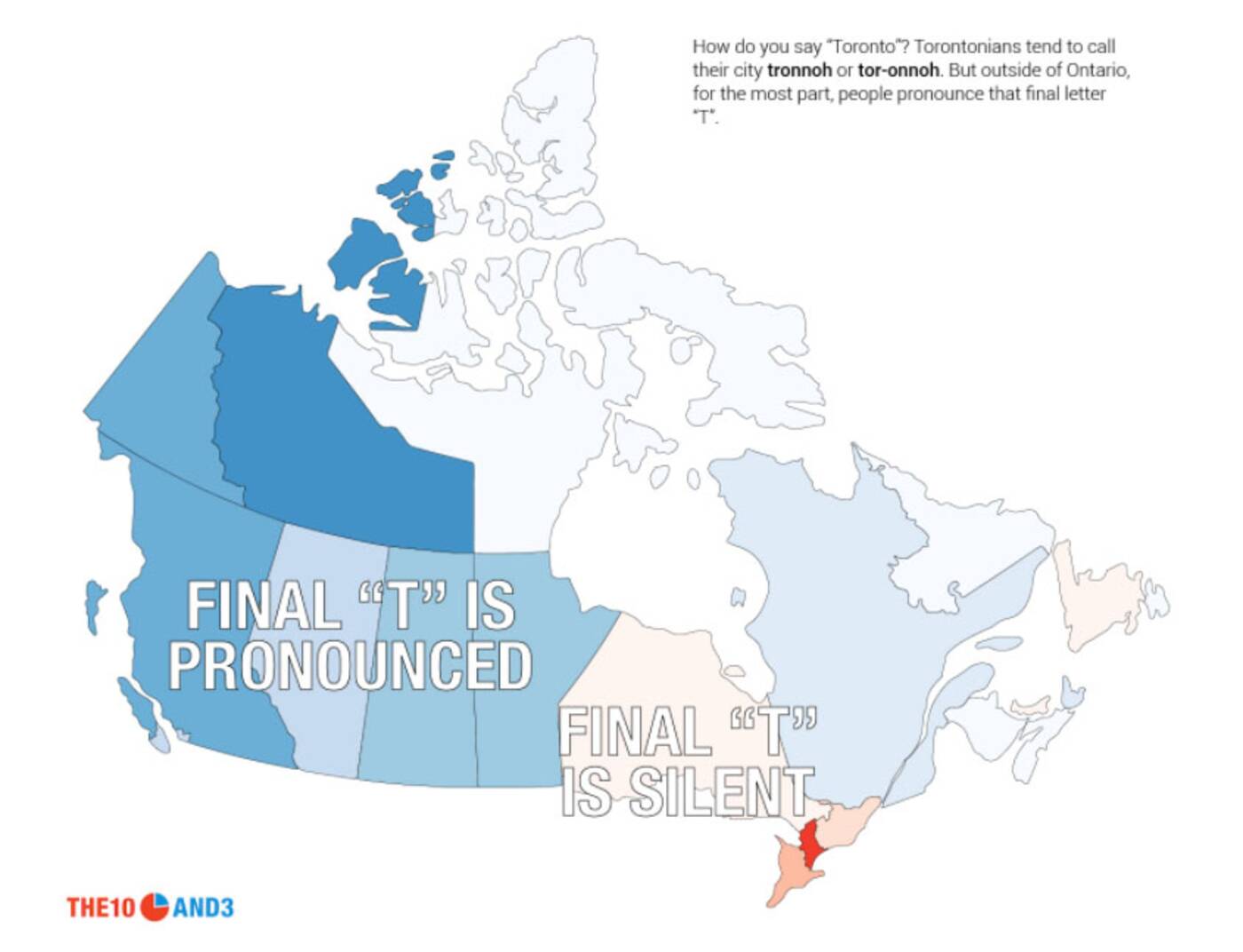 Most Canadians appear to think that Toronto has multiple hard "T"s. Toronto begs to differ. Photo via The 10 and 3.

Data visualization firm The 10 and 3 recently compiled the results of a nation-wide survey on how Canadians speak.

To get these numbers, researchers conducted an online survey of 9,500 English-speaking Canadians, asking respondents about everything from Kraft Dinner to bristol board.

The results are as surprising as they are fascinating, (did you know that "crooked" means "cranky" in Newfoundland?)

Unfortunately, they also reveal a heavy truth that the citizens of our city must come to accept: Nobody outside of Toronto really knows how to say Toronto.

No beef, rest of Canada – I still have yet to master "Calgary," as my friends from Calgary are quick to point out whenever I say "CAL-gerry."