Someone wants to build a vertical forest in Toronto

Glass and steel condo towers dot Toronto's skyline and more and more seem to be going up as cranes hover over the city. A new design proposal, however, calls for a different kind of building.

This one, designed by Penda Architects in conjunction with the new Toronto-based startup Tmber, is an 18-storey urban forest. Tmber calls itself an enabler to help make taller buildings out of wood.

The so-called Tree Tower Toronto would be created with modulated cross-laminated timber, or CLT, which is faster to build with and more environmentally friendly than other types of material, explains Tmber's Mark Stein in Toronto. 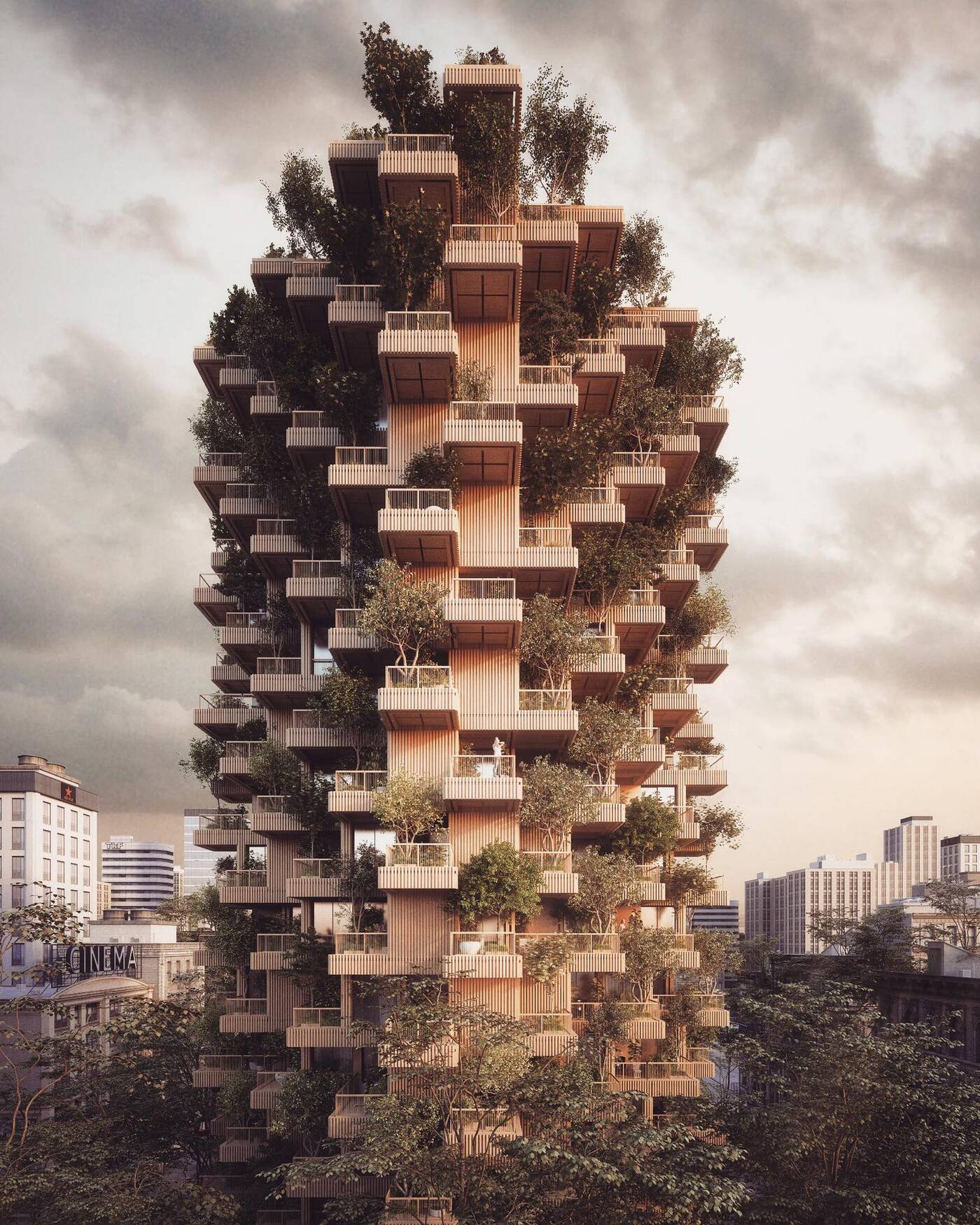 The building's design was partially inspired by Moshe Safdie's Habitat 67 in Montreal. Photo via Penda.

He and architect Christ Precht from Penda (based in China and Austria) started Tmber. "We thought that it's ironic that a country like Canada blessed with so much wood resources hasn't put in a lot more effort into that kind of direction," says Stein, regarding building with wood.

Across Europe, Australia, parts of Asia and slowly in North America, CLT is becoming more popular.

George Brown College's waterfront campus is building a 12-storey wooden structure that's aiming to be the "first Tall Wood Building used for institutional purposes in Ontario." Across the country, the University of British Columbia has an 18-storey timber residence that's the tallest wooden building in the world. 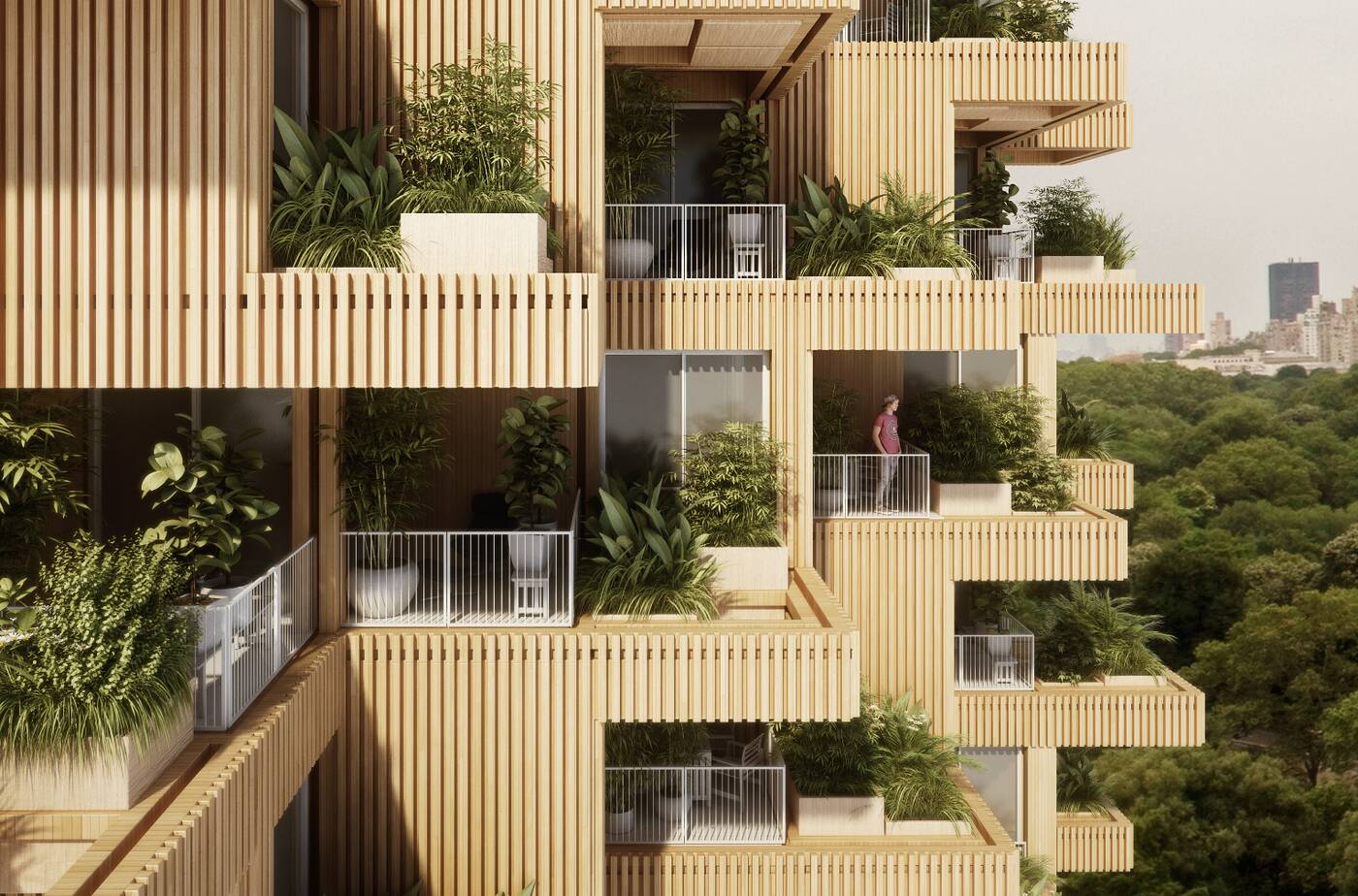 Stein says Tmber's proposals are not just speculative and have gone out to a number of different developers, including those in residential and commercial spheres.

The Toronto Tree Tower is a stackable condo tower. As Dezeen notes, the units could be assembled off-site. The whole building would be covered in trees and plants, making it all around a more liveable urban community.

Stein says that many wooden projects are institutional (think UBC) or are just ideas right now - the goal of Tmber is to make wood seem like a viable alternative to concrete and steel.