Toronto kicks Bill Cosby out of the Post No Bills club

An iconic quartet from the streets of Toronto appears to be pushing out one of its members, Bill Cosby, after... well... you know.

The faces of Bill Murray, Bill Clinton, Bill Gates and Cosby have been defying developers in downtown Toronto for more than a decade together, usually by popping up around construction site's signs that say "POST NO BILLS." 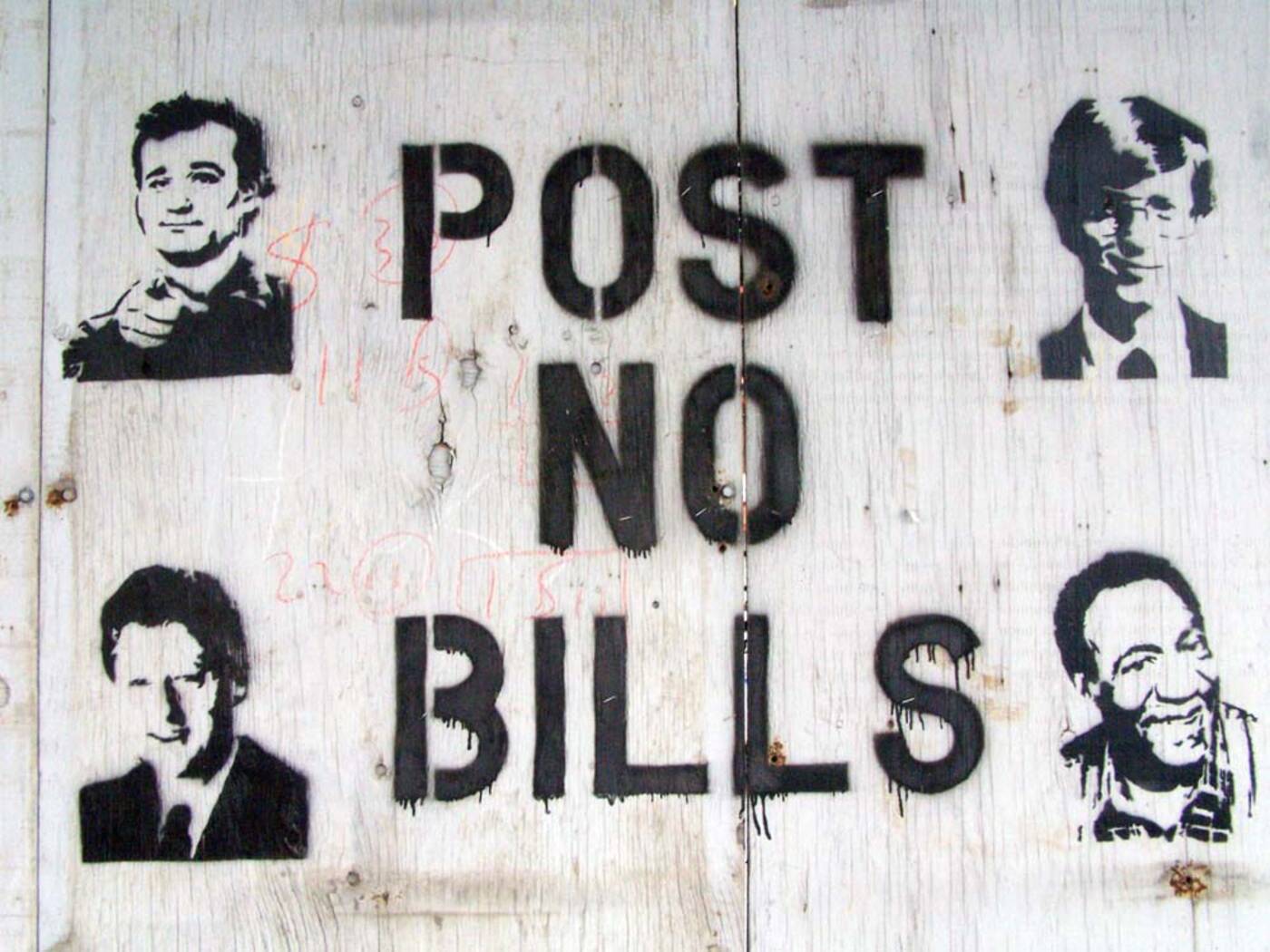 This photo of the 'Post No Bills' stencil club was taken at John and King Streets in 2010. Photo by: James Hamilton.

The signs were originally put up to deter people from plastering temporary walls with advertisements or flyers.

They're still used for that purpose, in fact, but to some Torontonians, they're more of a challenge than a warning – fodder for a local meme that pre-dates the viral web.

Photos of the four Bill faces, stenciled onto public and private property around they city, can be found on Flickr as far back as 2005.

Similar Bill collages have since been spotted on signs in Los Angeles, Vancouver, New York and Portland, but the vast majority of this movement is still, and always has been, rooted in Toronto.

The signature design first used to modify "POST NO BILLS" hasn't changed much since we first saw it – or at least it hadn't, prior to the start of Cosby's widely-publicized (and yet to be concluded) sexual assault trial.

Pictures from around the web show the same basic layout on signs at dozens of different Toronto locations between 2005 and now: Four faces, Murray, Clinton, Gates and Cosby, spaced evenly around the sign.

Earlier this month, when a new crop of Bill faces emerged at the site of an under-construction Liberty Village condo, something was markedly different.

It looks like the same stencils were used for these Bills, but instead of sitting at the corners of the sign, three faces were positioned to the left and one, separate face was on the right. It was also upside-down.

His face is still there, but Cosby is clearly no longer part of the Bill crew.

Fortunately, there exists a plethora of famous Bills in the world right now to replace him, if the artist chooses to make a new stencil.

We'll have to wait for the next installation to see if Cosby gets fully cut out of the crew – or to take any more pictures of him upside-down with a cool ink mohawk. 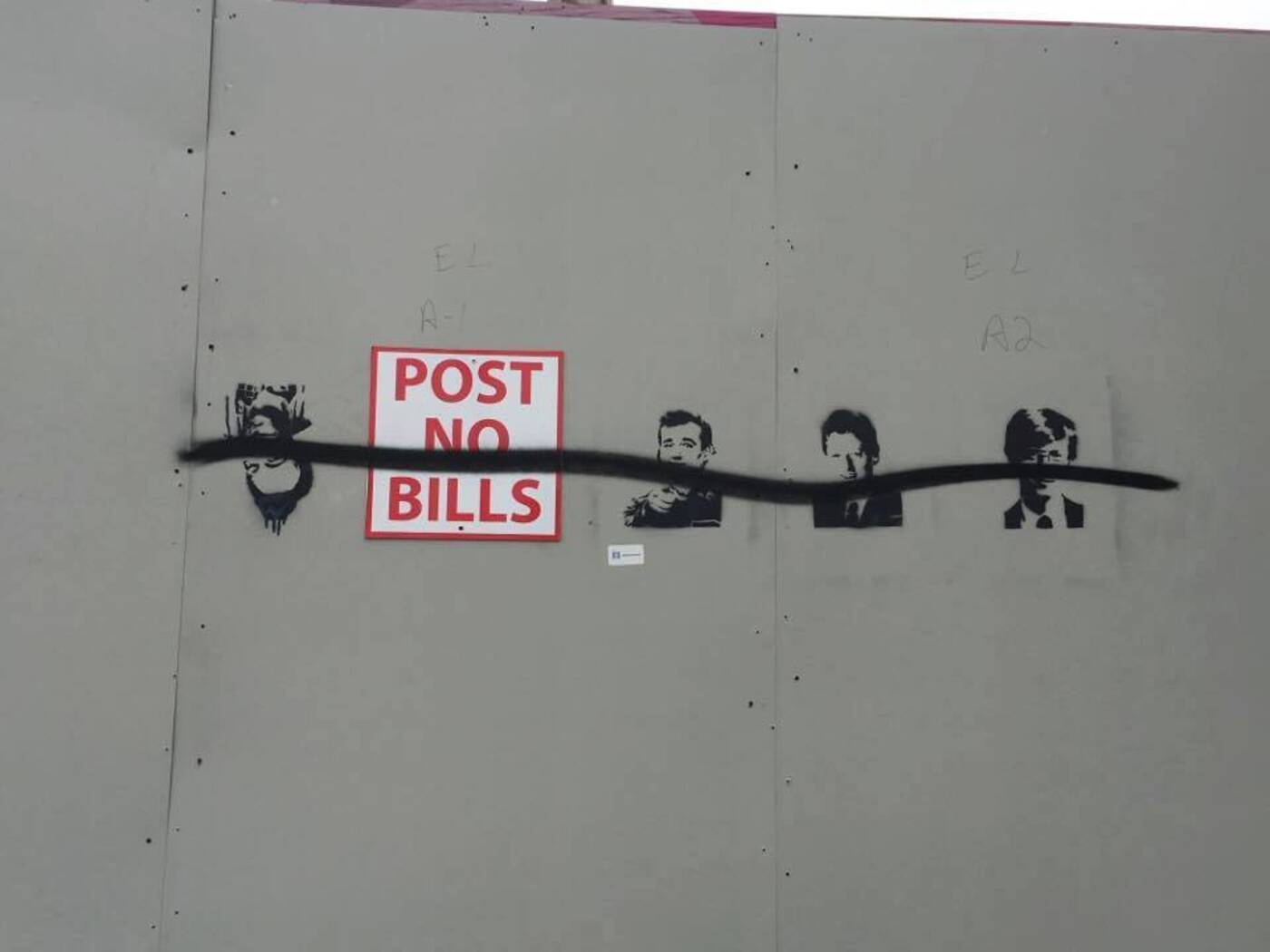 Toronto's newest 'Post No Bills' sign had a short, but Instagrammable run, before someone destroyed it near the end of August. Photo by Steven Stinson.

The Liberty Village street art has been obscured by a large black line, as seen in the photo above, taken Monday morning.