This condo could replace the Silverstein’s Bakery building

Silverstein's Bakery suddenly shut down last summer and now, more than a year later, it looks like the low-rise brick building on McCaul Street is slated to become a 19 storey condo. 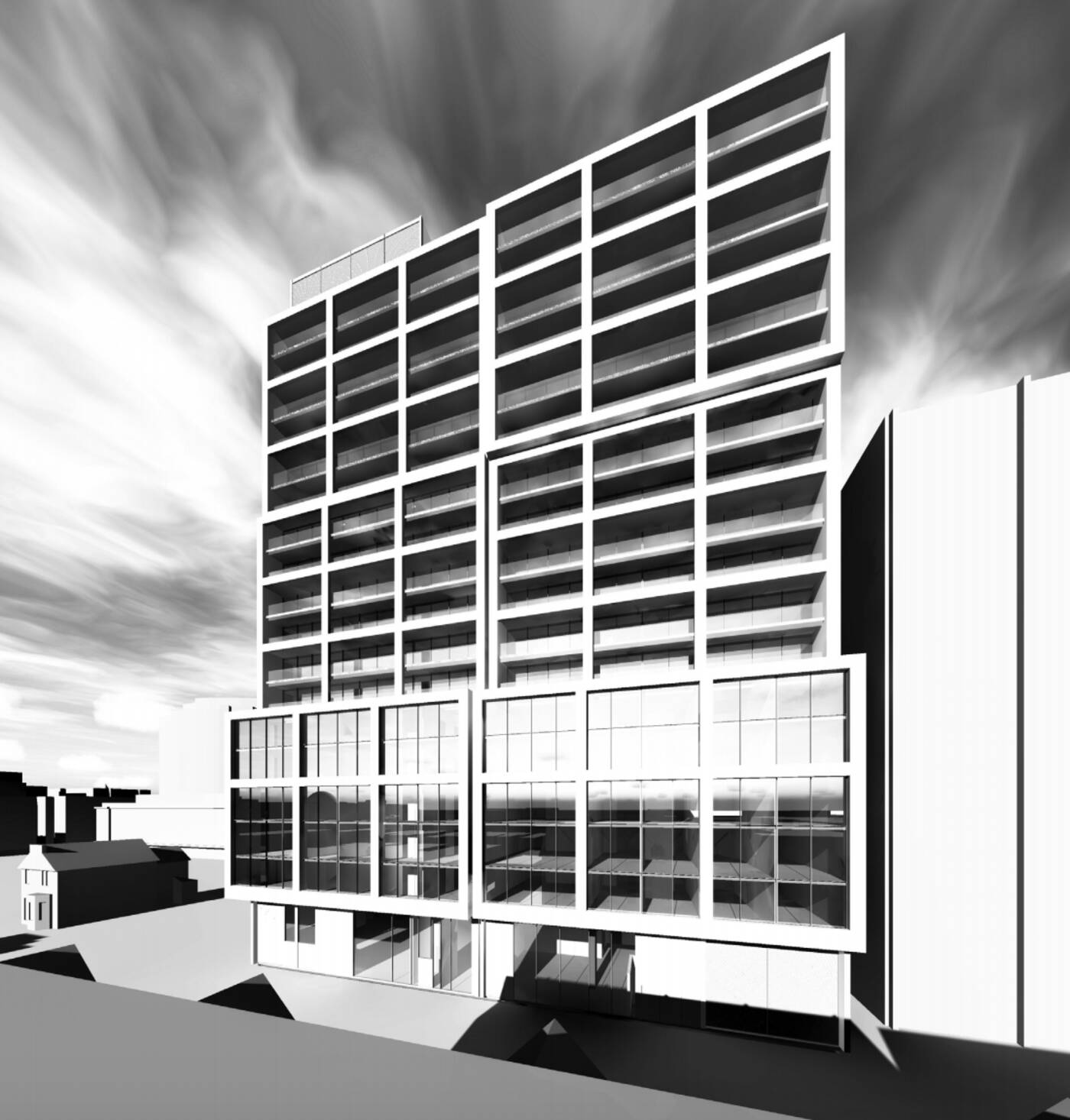 An early rendering of the project via the City of Toronto.

Earlier this month, the developer filed a rezoning application with the city indicating that a condo tower, with retail a ground level, was going to replace the bakery that kept the surrounding area smelling like fresh bread.

The new building will be designed by architectsAlliance and will include 266 residential units. Perhaps it's the black and white renderings, but it looks rather drab, which is sure to make people miss Silverstein's even more.