Toronto's stunning new sky bridge will be installed this weekend

Queen Street, just west of Yonge, might have seemed a little bare over the past few of months after the pedestrian bridge between the Eaton Centre and the Bay came down.

Nearby on James Street, however, crews were hard at work building a new sky bridge, designed by WilkisonEyre Architects and Zeidler Partnership Architects. 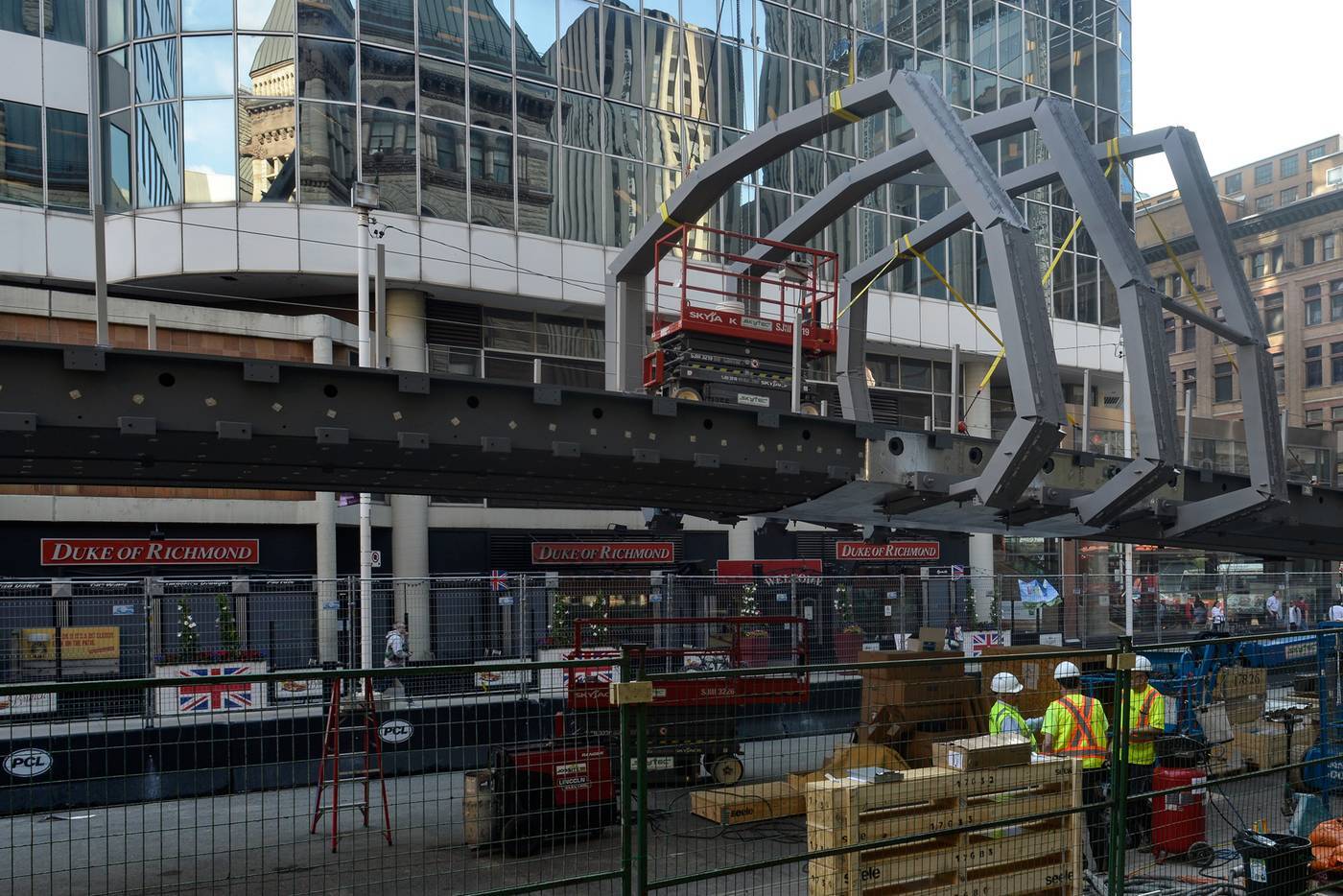 The bridge was assembled on James Street. Photo by Derek Flack.

That new bridge will be installed this weekend. While it's being hoisted into place, Queen Street, between Yonge and Bay, will be shut down from 11:30 p.m. on Friday, July 7 until 5 a.m. on Monday, July 10.

Even though the bridge is going up this weekend, a representative from the Eaton Centre say it won't be open until this fall. The remaining work will be done once the bridge is in place.