There are major changes afoot at Queen and Parliament as the former Marty Millionaire space is transformed into a gorgeous new brick-and-beam office for WE Charity's Global Learning Centre, but along the way a bit of Toronto's forgotten past has been revealed.

Now that the scaffolding along Queen Street East has come down, the restoration of the building's exterior reveals the entrance to the old Home Bowling Club, which once occupied the sprawling second floor of this warehouse building. 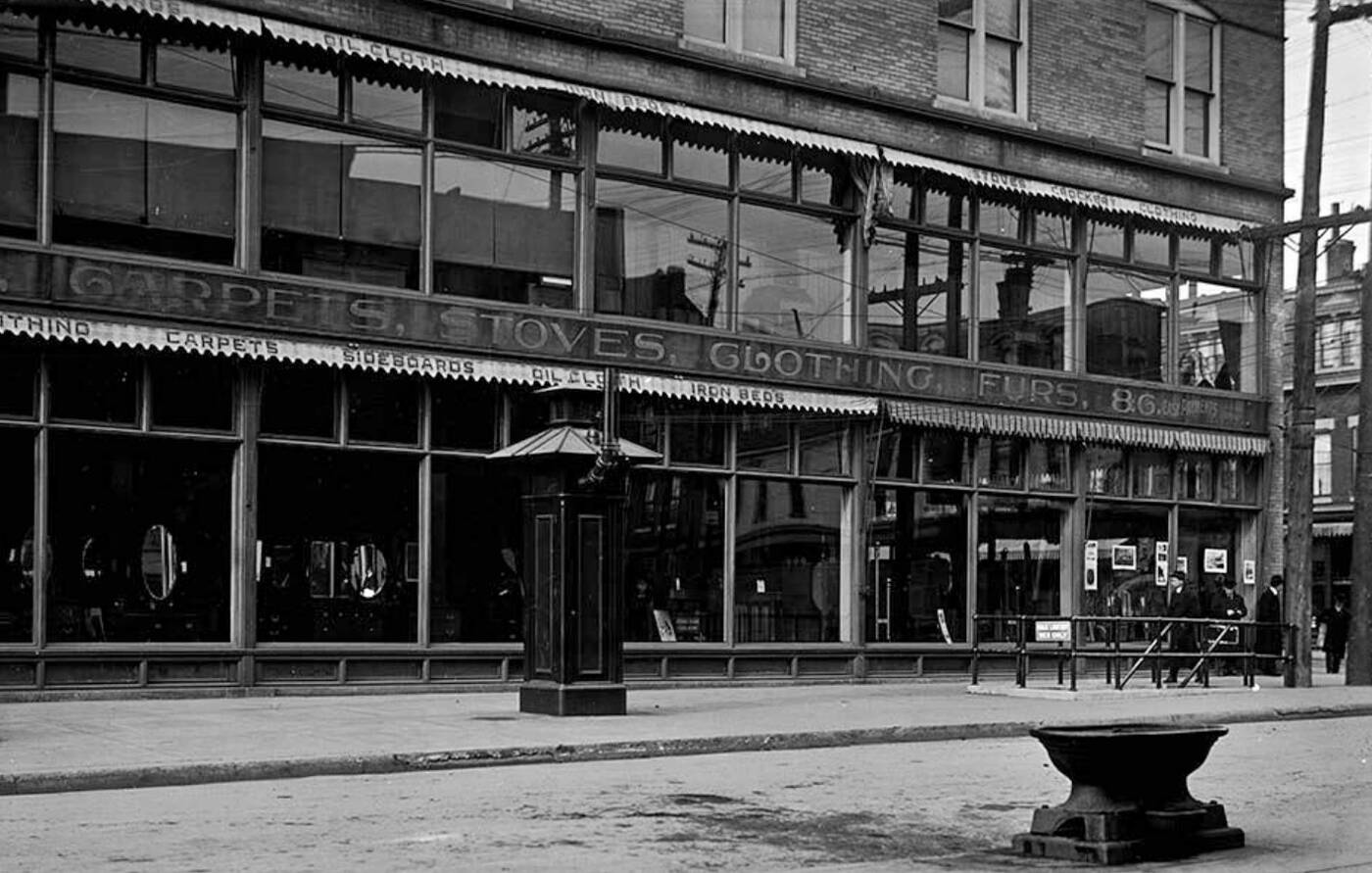 What the building looked like in 1914 prior to the bowling alley, which would eventually occupy the second floor. Photo via the Toronto Archives.

The building dates back to 1907 when it opened as John Francis Brown's Home Furniture Carpet Co. The bowling alley opened in 1925 or 1926. As the former entrance is slowly restored, the original signage is once again on display.

The entrance has in fact long been visible from Queen Street, but it was previously covered in teal paint, which obscured its former use. Believe it or not, the bowling alley it led to was in operation all the way until 1978, when Marty Millionaire took over the space.

When bowling alleys were at the height of their popularity in the 1960s and 70s, they were often accompanied by ostentatious signage. Not so here. In fact, there's actually considerable elegance to the arched entryway marked simply with "BOWLING."

It's one of the better ghost signs you'll spot in Toronto.