Five plots of land on the north end of Lake Joseph don't come cheap, especially when one already has a 7,000 square-foot luxury cottage sitting on it.

For nearly $12.9 million, you can gain access to 2,000 feet of shoreline and 29 acres of land to create the ultimate Muskoka compound. 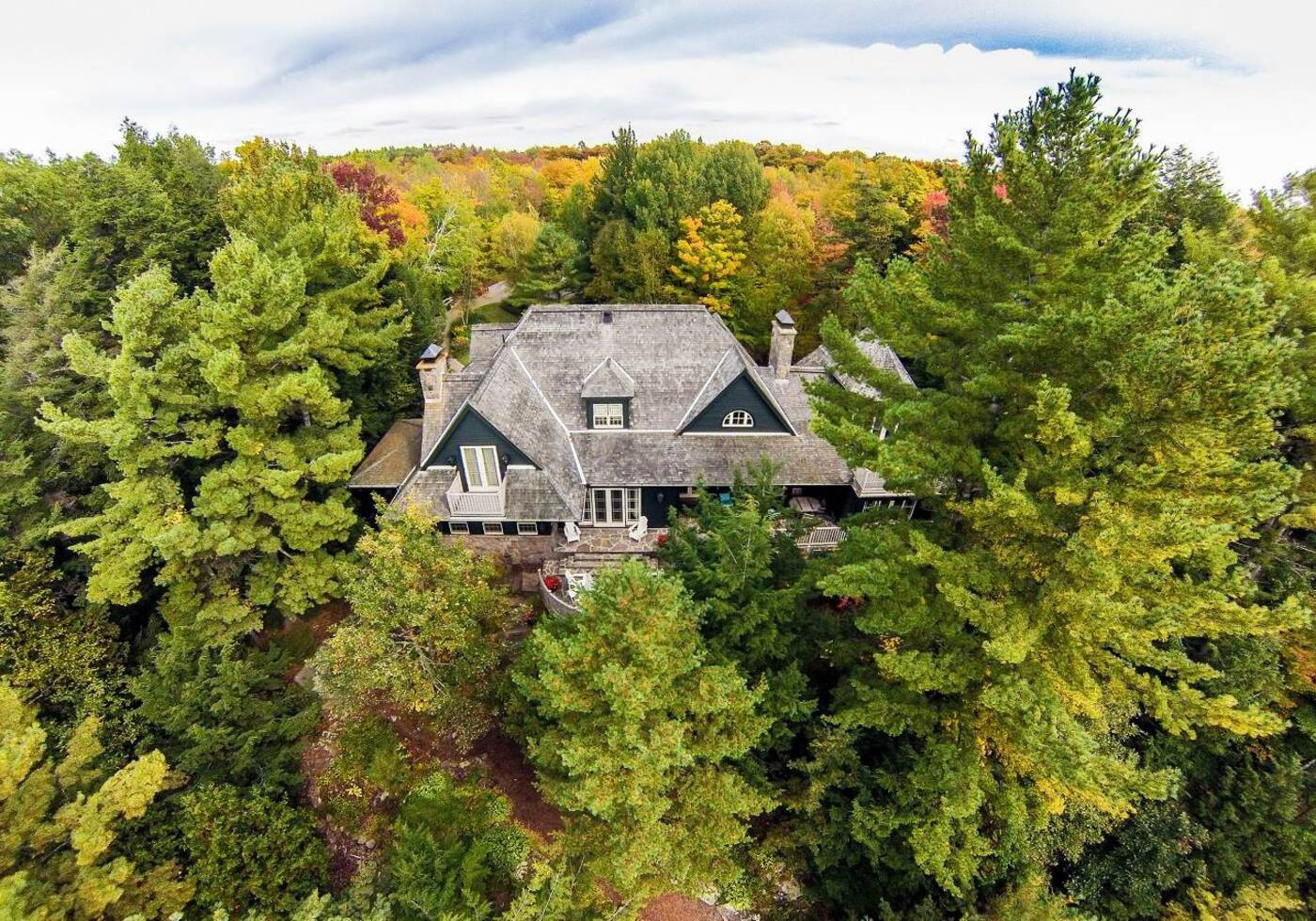 The estate, called Edgestone (so you know it's fancy), features a cottage that actually goes for a rustic aesthetic, despite the fact that it's way bigger than most detached houses in Toronto. 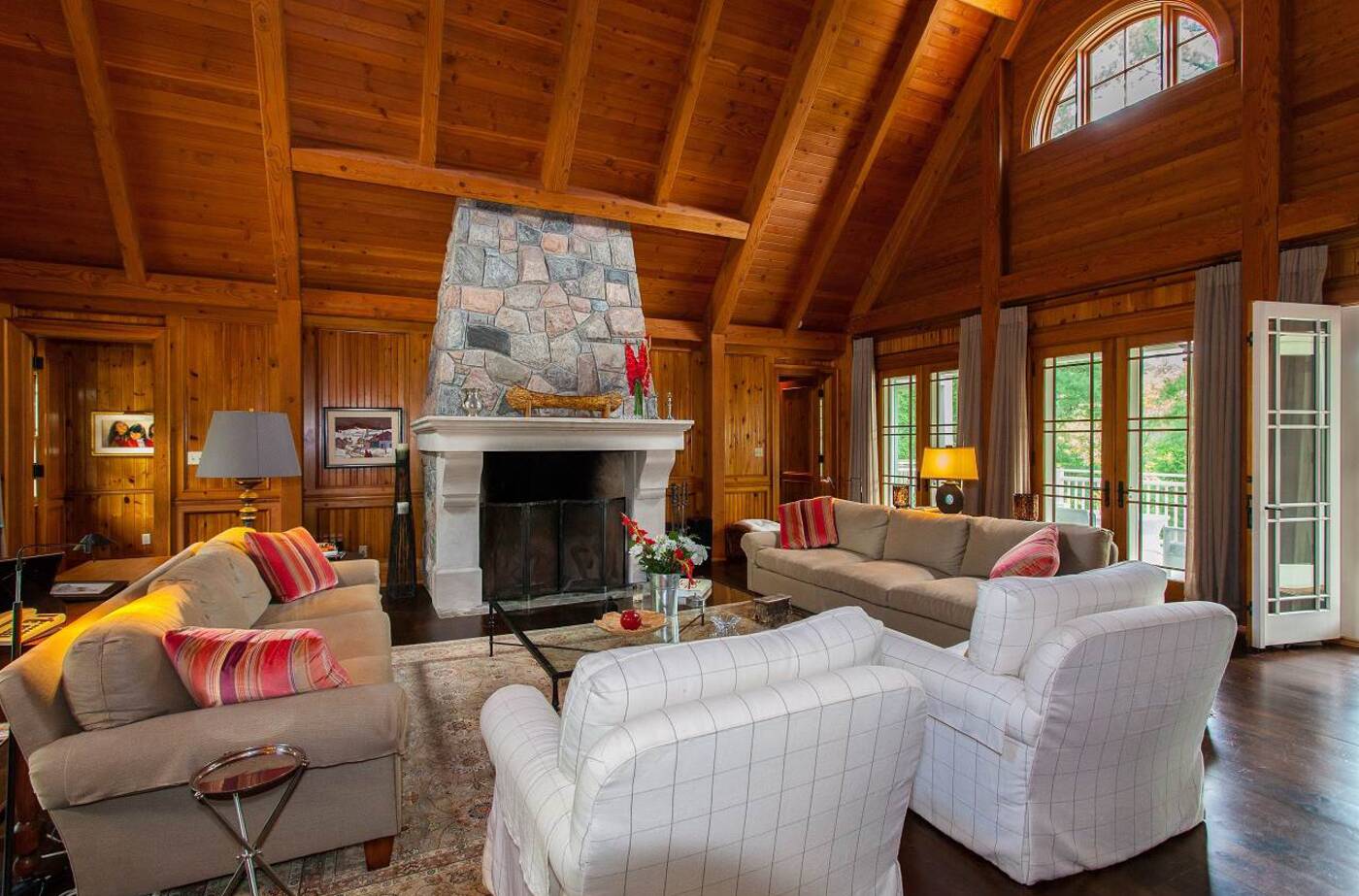 The existing main cottage features typical design elements, but everything's kicked up a notch, from cathedral ceilings to the giant stone fireplace. 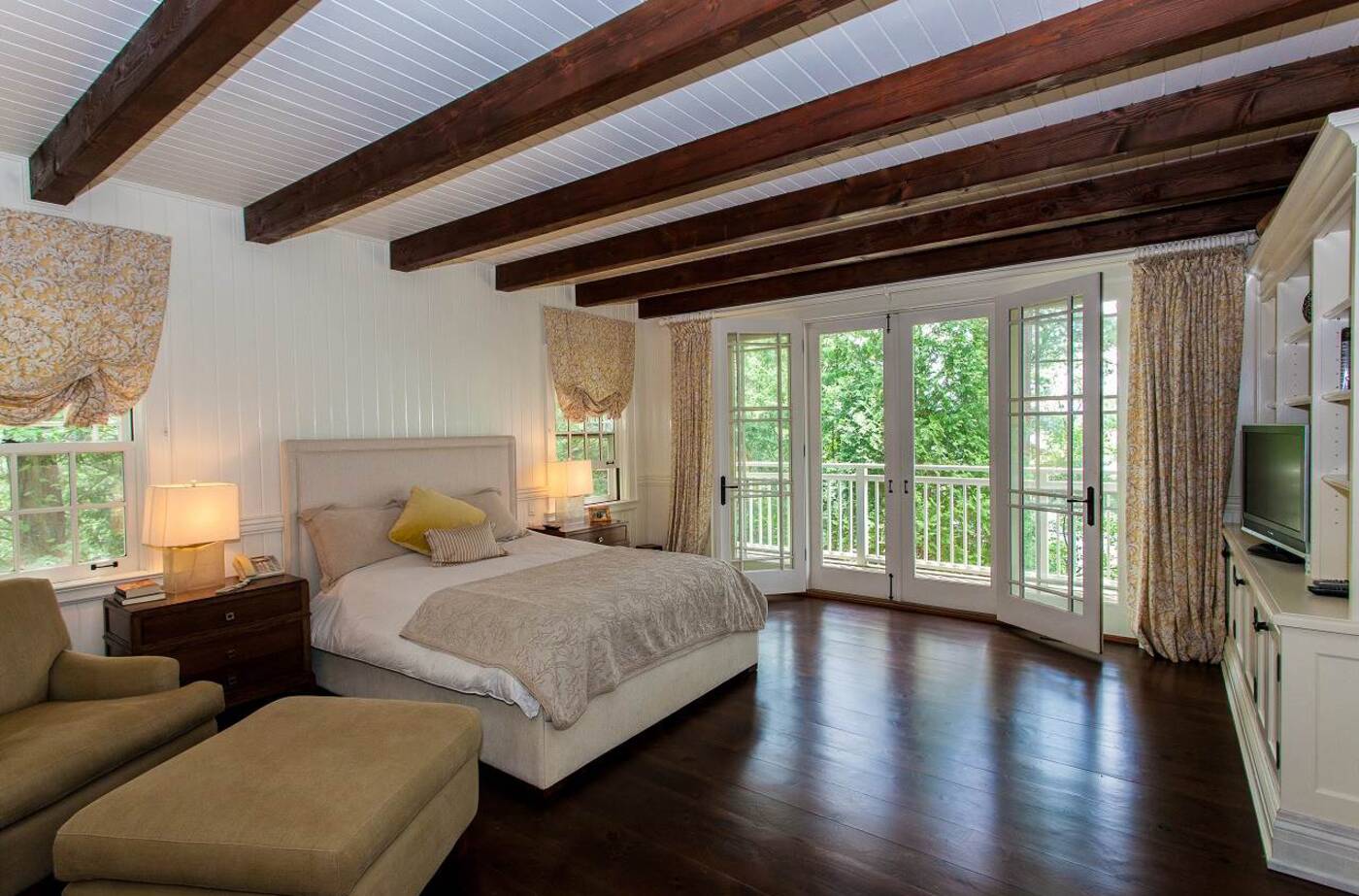 This ultimate cabin in the woods includes seven bedroom and seven bathrooms, so you can still have friends and family over as they wait for their own cottages to be built. 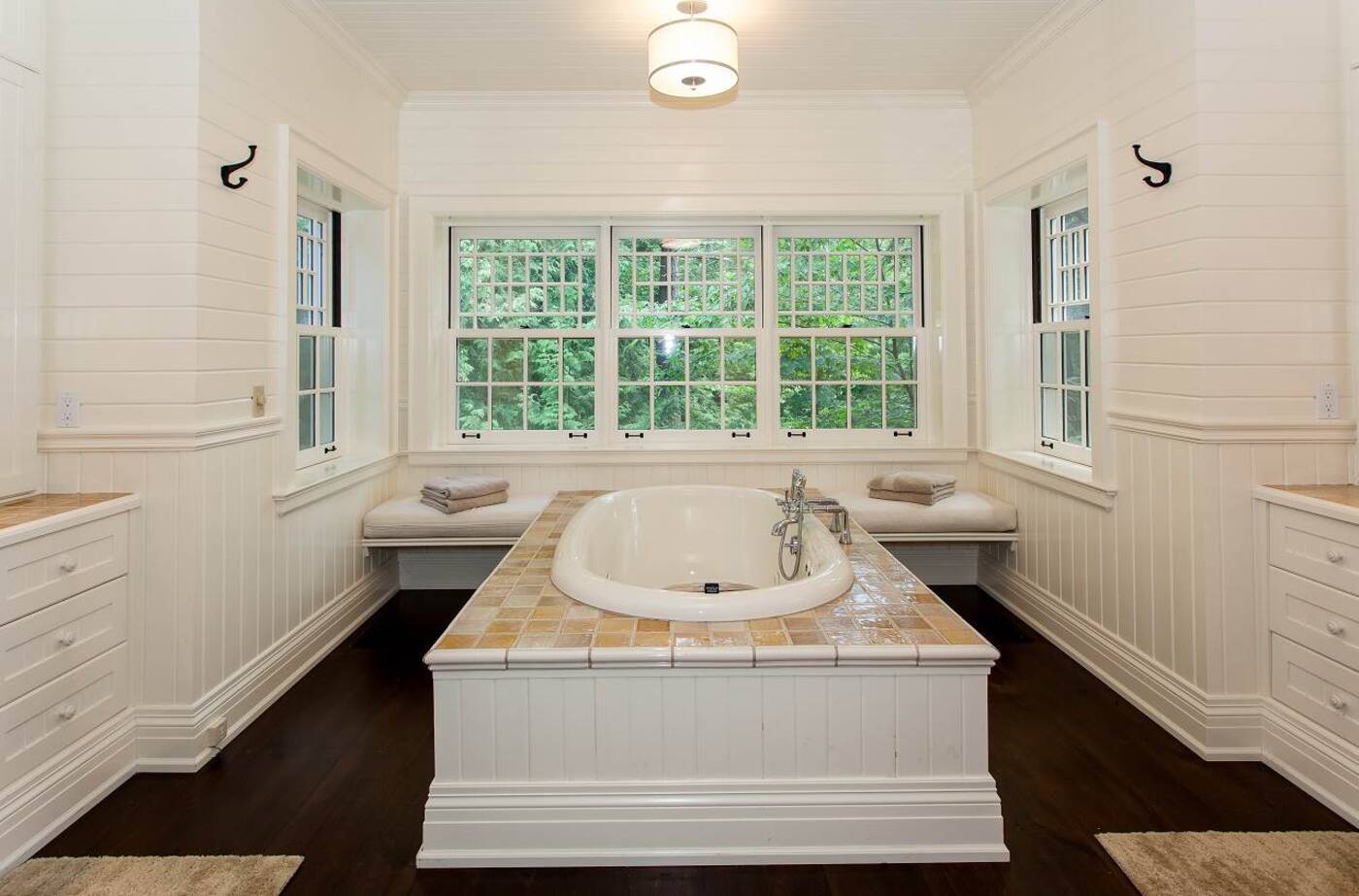 Despite wood paneling and exposed beams throughout this house, it still has modern amenities, such as this show-stopping, luxurious bathroom that looks like the perfect place to unwind after a long day on the dock. 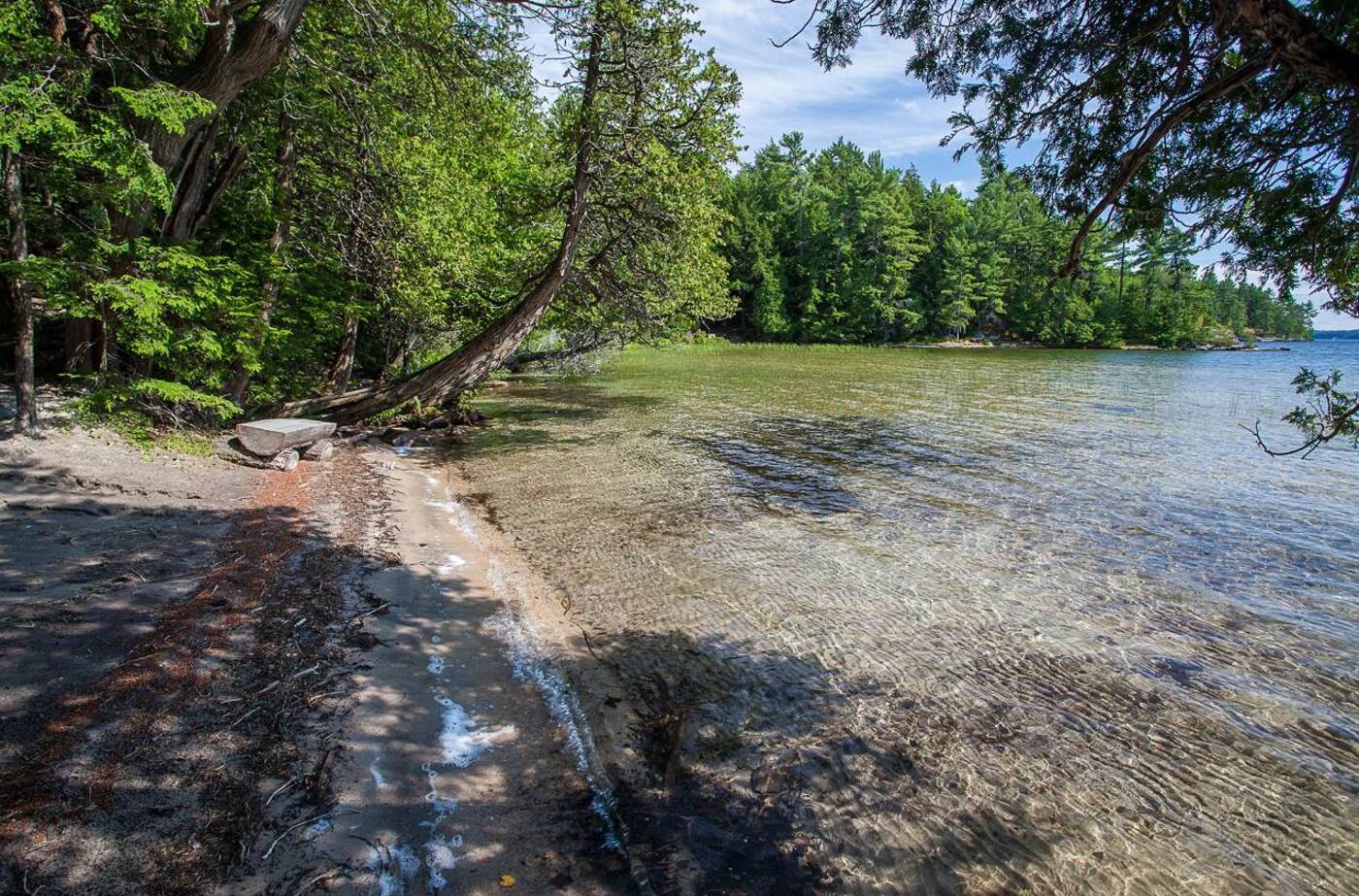 Along with a dock and two boathouses, this expansive waterfront also has a private beach that's nestled in a cove, so it's protected from both prying eyes and rough days on the water. 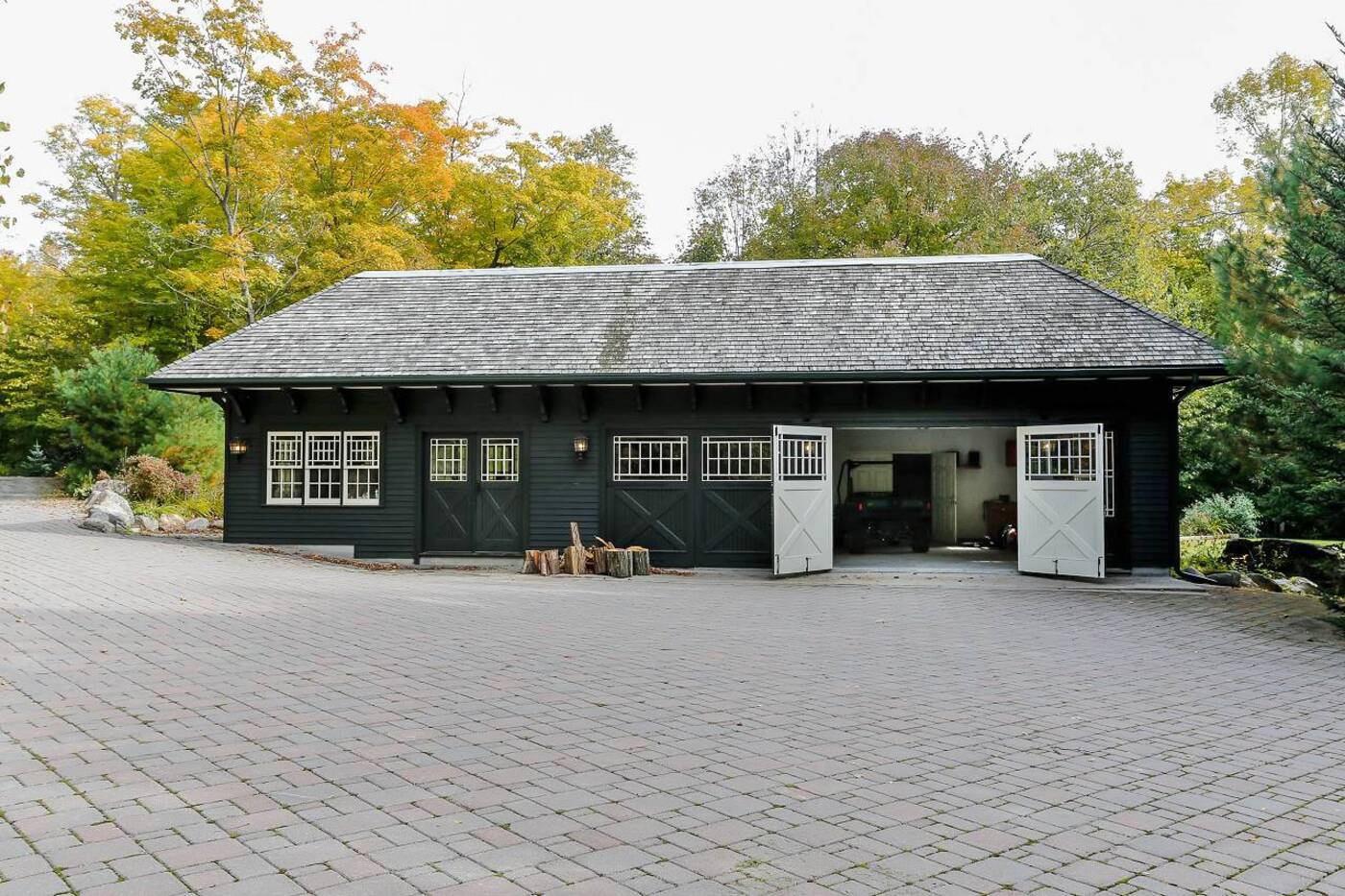 There's also a huge garage on site, which can easily be transformed into your own rec centre. It shouldn't be too hard to have fun at this Muskoka playground. 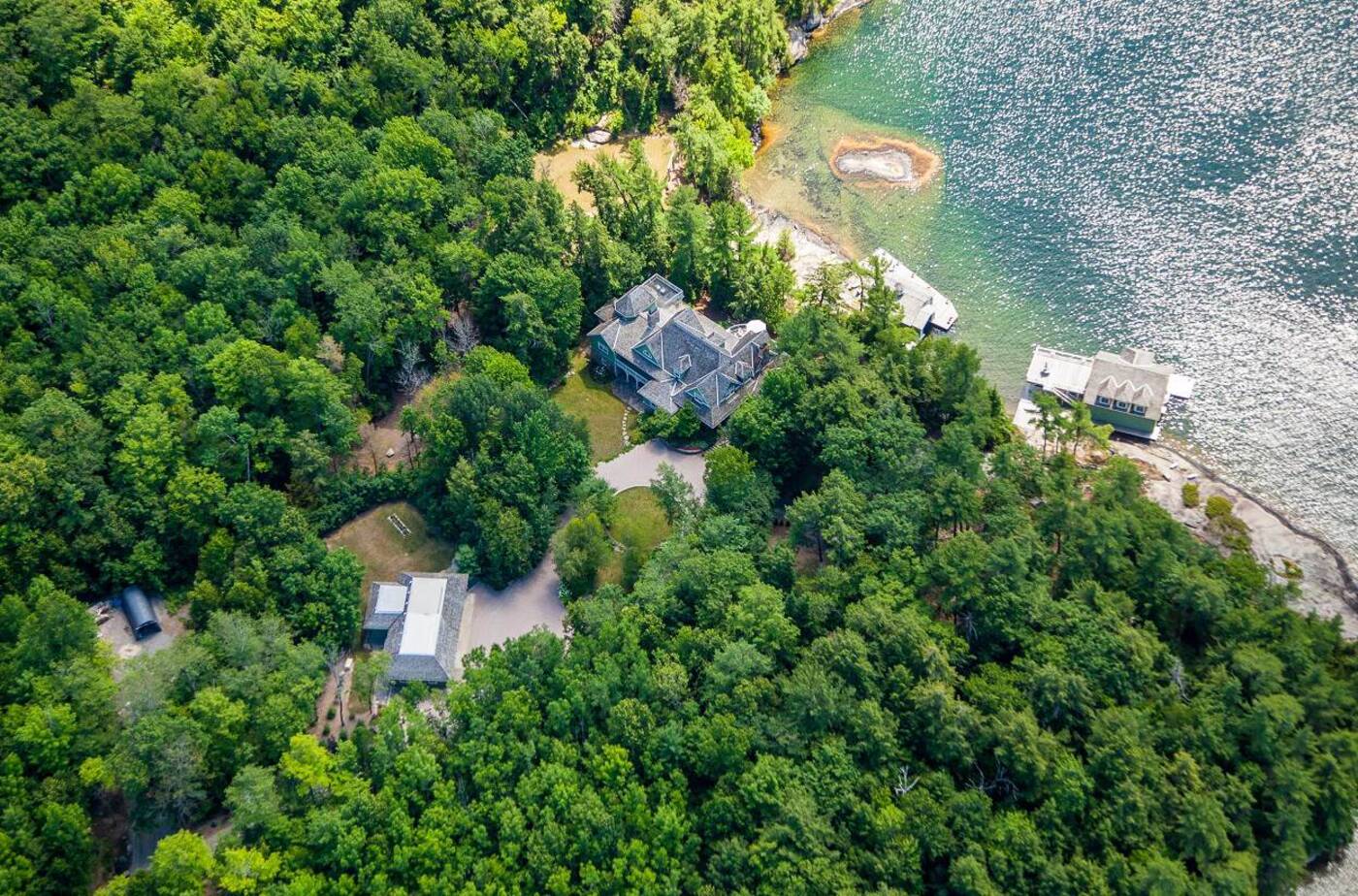