There's a major subway closure in Toronto this weekend

As the TTC makes a push to launch Automatic Train Control later this year, there's another weekend subway closure for signal upgrades. Line 1 will be shutdown between St. George and Sheppard West (formerly Downsview) on June 17 and 18.

Automatic Train Control will eventually make riding the subway nicer during peak periods, but we'll have to suffer through a number of closures this year as the technology is rolled out in anticipation of the Spadina Extension opening. 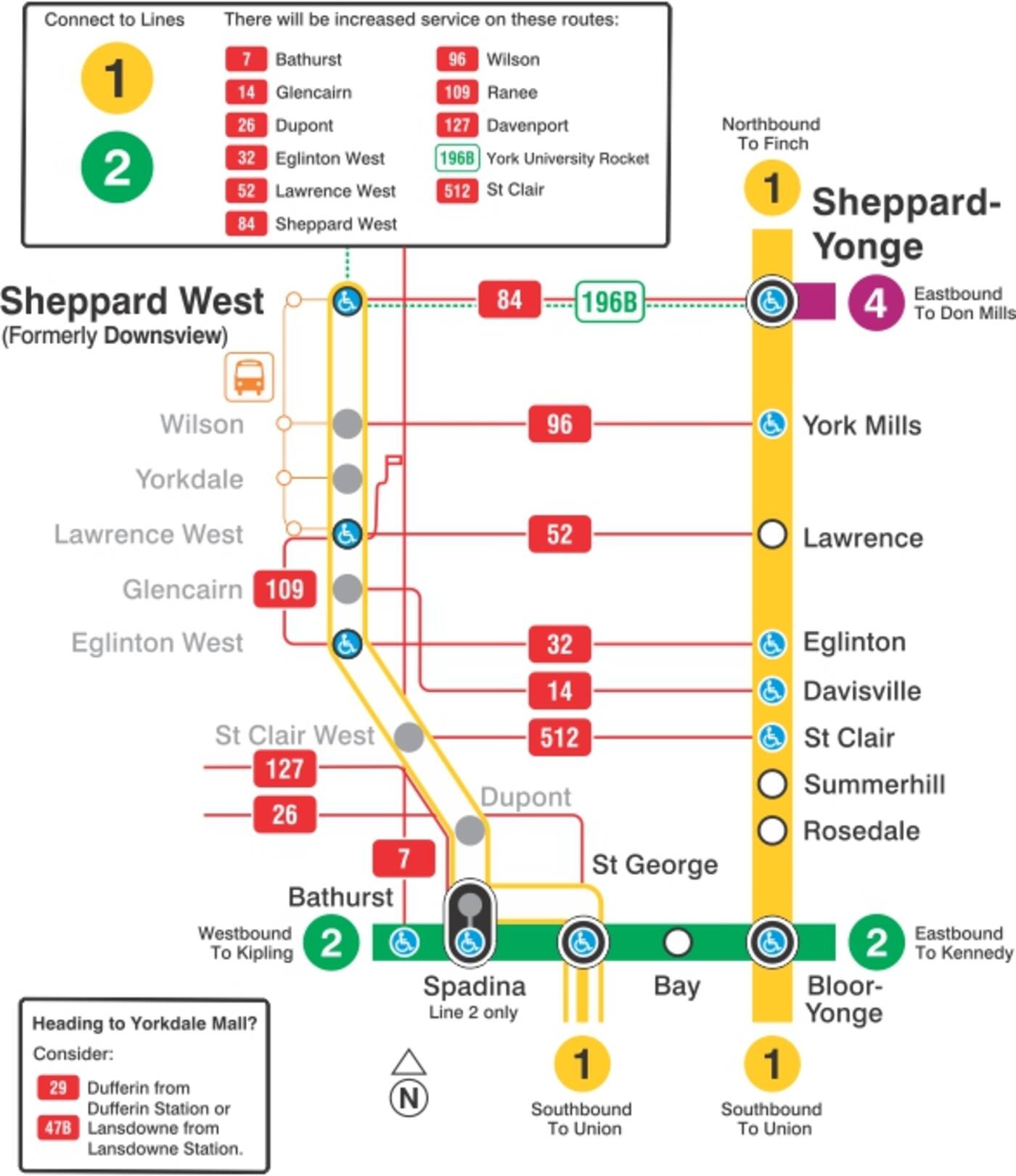 As has become standard practice this year, shuttle buses will run only on the northern part of the route, between Lawrence West and Sheppard West.

Subway service will resume on Monday morning. The next scheduled closure will eliminate weekend service on Line 3 between McCowan and Kennedy on June 24 and 25.