The water's not in the Nathan Phillips Square reflecting pool for the season yet, but Toronto's civic centrepiece had a decidedly aquatic feel this afternoon thanks to an appearance from a giant rubber duck.

How giant? The one spotted today is a 10-foot clone of the World’s Largest Rubber Duck, a facsimile of which will be visiting the city from July 1 to 3 at the Redpath Waterfront Festival. 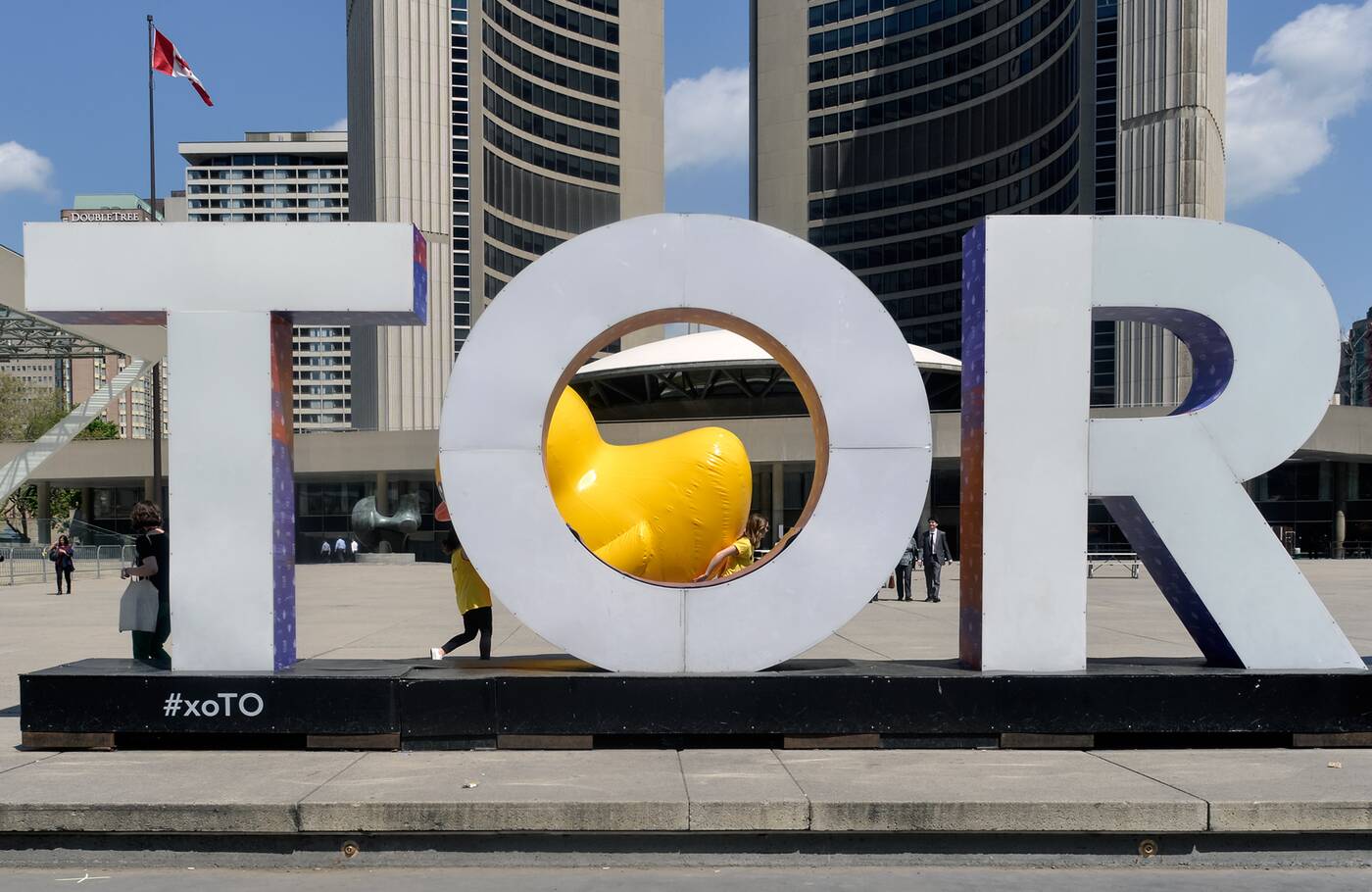 This one seems pretty big sitting beside the Toronto sign, but it only hints at the plastic monster that's on the way. Inspired by Dutch artist Florentijn Hofman's Rubber Duck sculpture, it's 61 feet tall, 79 feet wide, and 89 feet long.

It was comical to watch this smaller (but still pretty big) version get moved into place this morning, as three people propped it above their heads and marched in across the square. It's not the most bizarre thing I've ever seen, but it certainly got the tourists' attention. 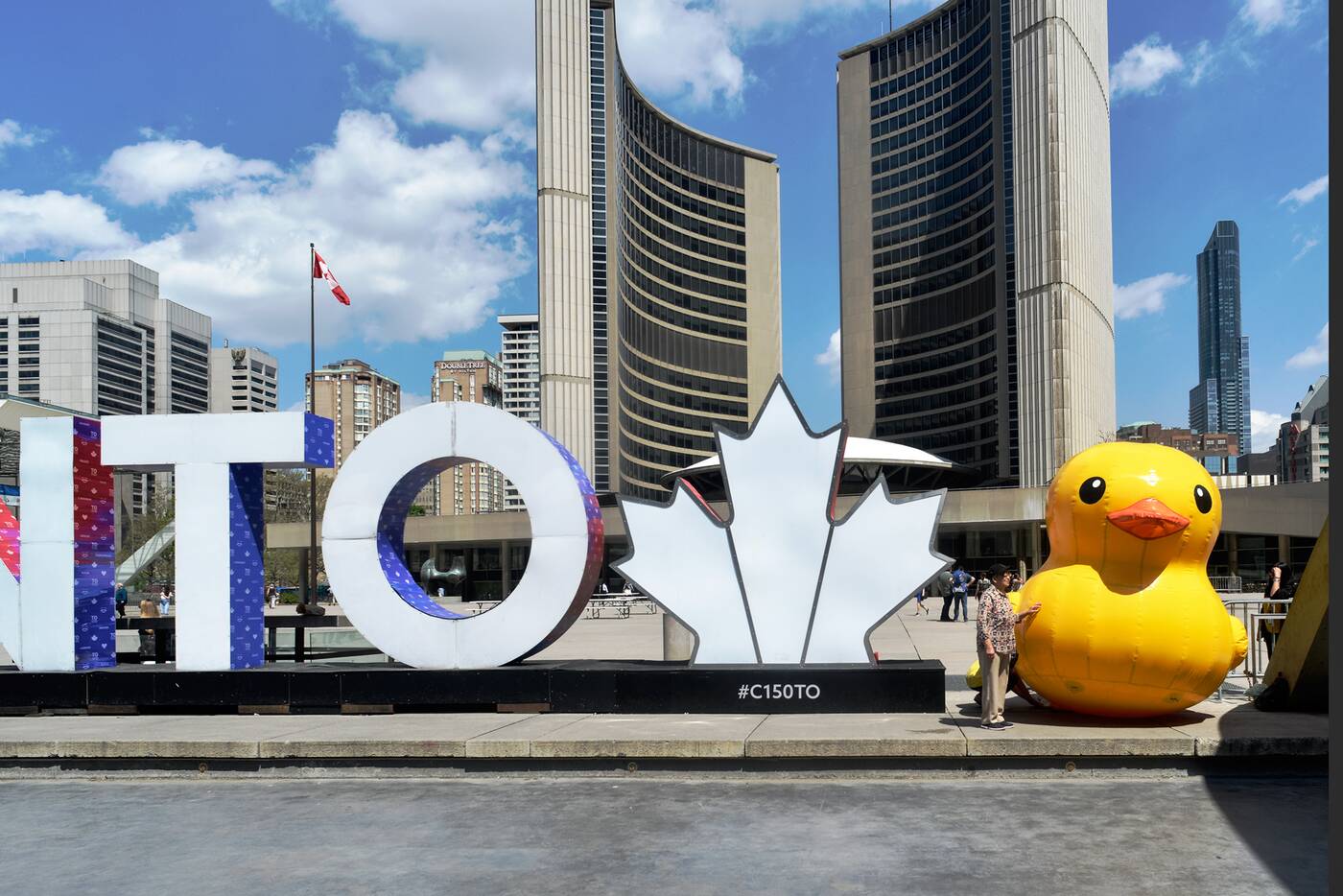 Once it was finally set in place around 11:30 a.m., a crowd quickly gathered to capture the moment for posterity. Meanwhile, the duck looked on with solemn grace.

Lucky the Ducky, as this clone has been named, will be making a few more appearances around the city over the next few days to drum up excitement for the arrival of his/her oversized sibling. Keep your eyes peeled for a bright yellow plastic blob.