Toronto is getting a stunning new downtown park

As density increases in downtown Toronto, the pinch for green space becomes more and more noticeable.

While there are grand plans to address the need for new parkland with mega projects like the Rail Deck Park, there are smaller spaces already in the works that'll provide recreational relief far sooner. Of these, one of the most noteworthy is Mouth of the Creek Park. 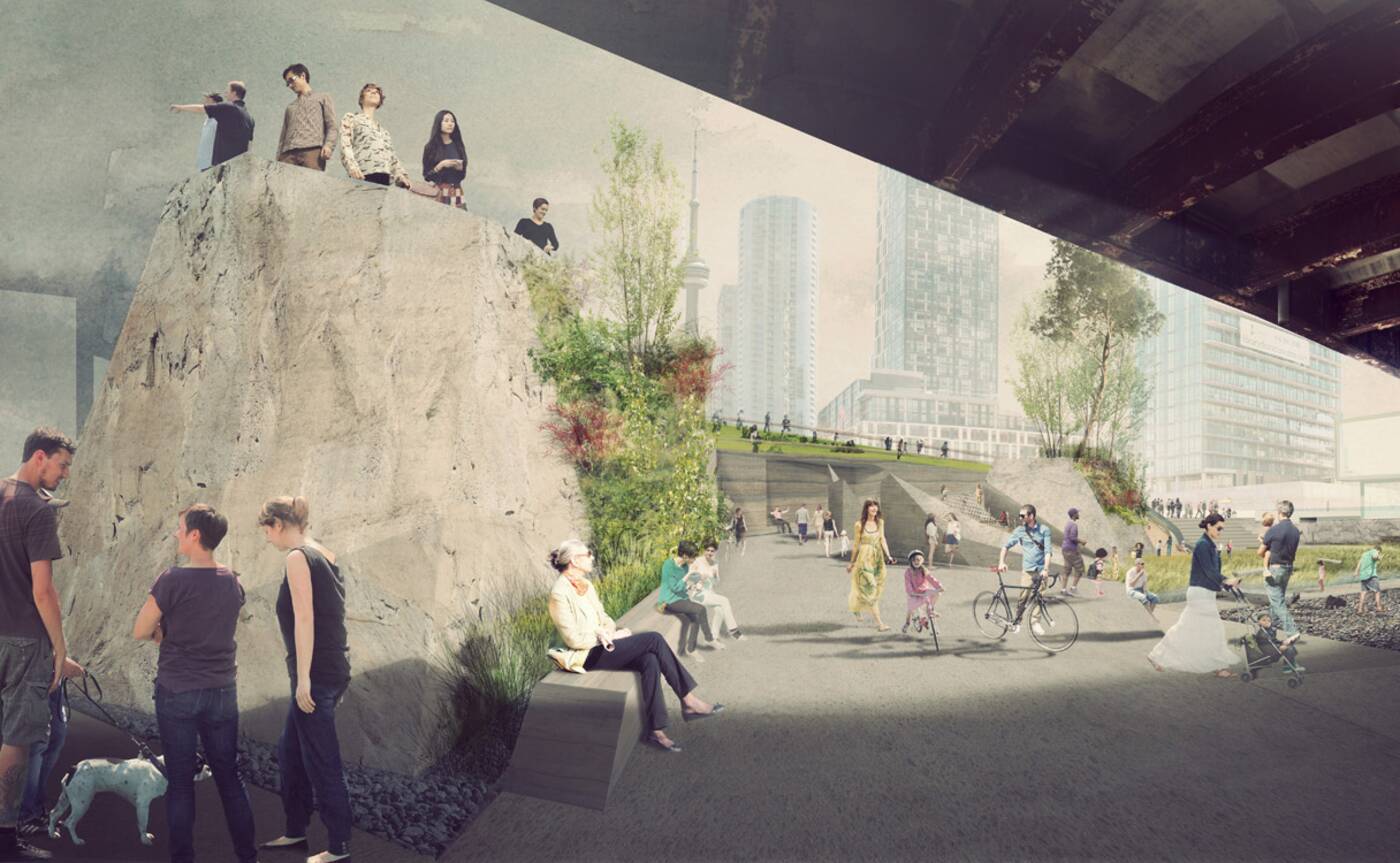 Designed by Public Work, the two acre park will connect the packed CityPlace neighbourhood with Fort York by carving out a green space at the foot of the Bathurst Street Bridge, near where the mouth of Garrison Creek could be found when the city was first settled. 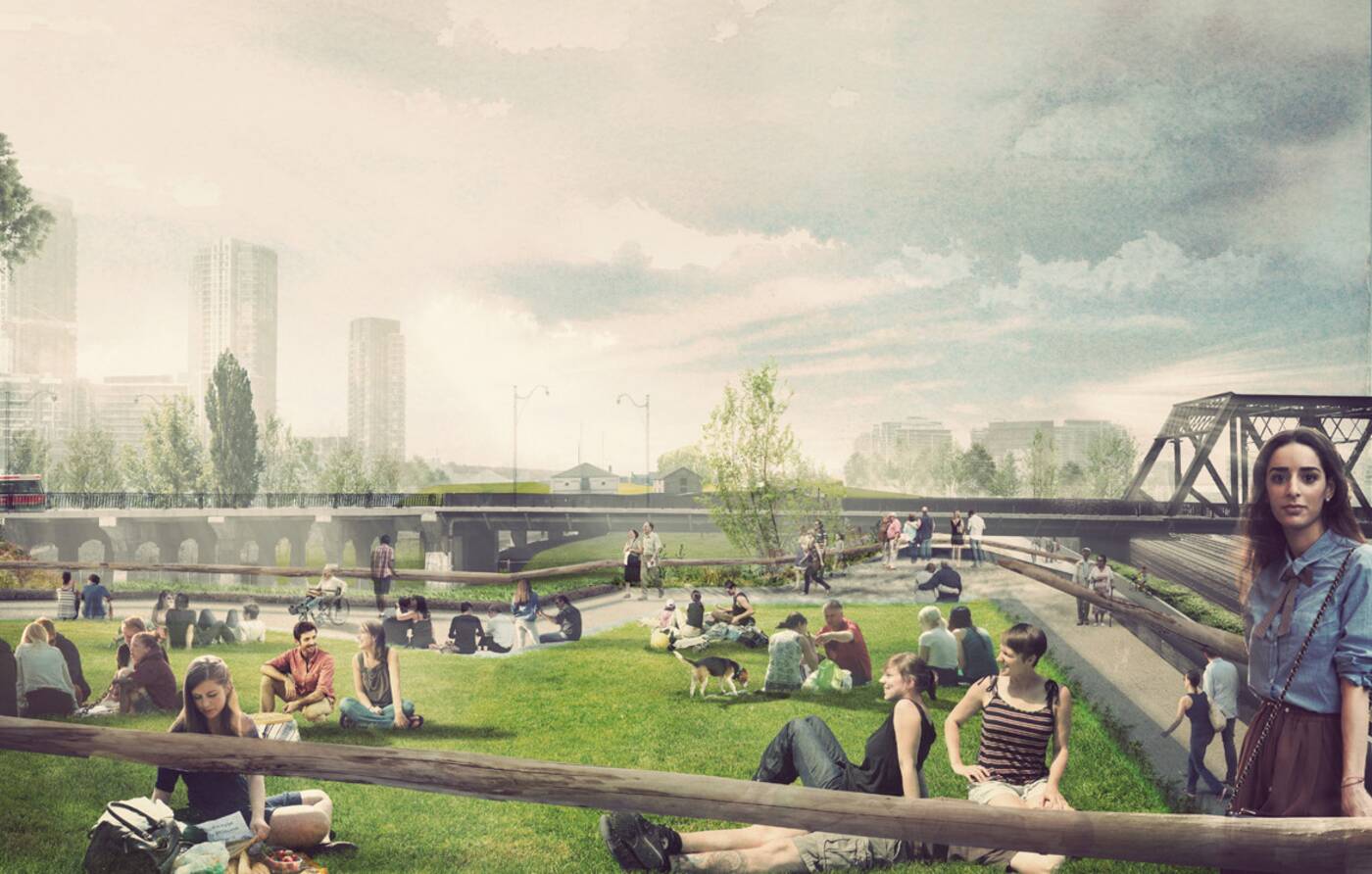 It's not a lot of space, but by passing underneath the bridge, it opens up a path between the condo-heavy neighbourhoods surrounding Fort York. It'll also offer a welcome outdoor option for people using the Toronto Public Library's 100th branch.

Far from just a patch of grass with a few picnic tables, this park is designed as a promontory landform to recall the original shoreline. 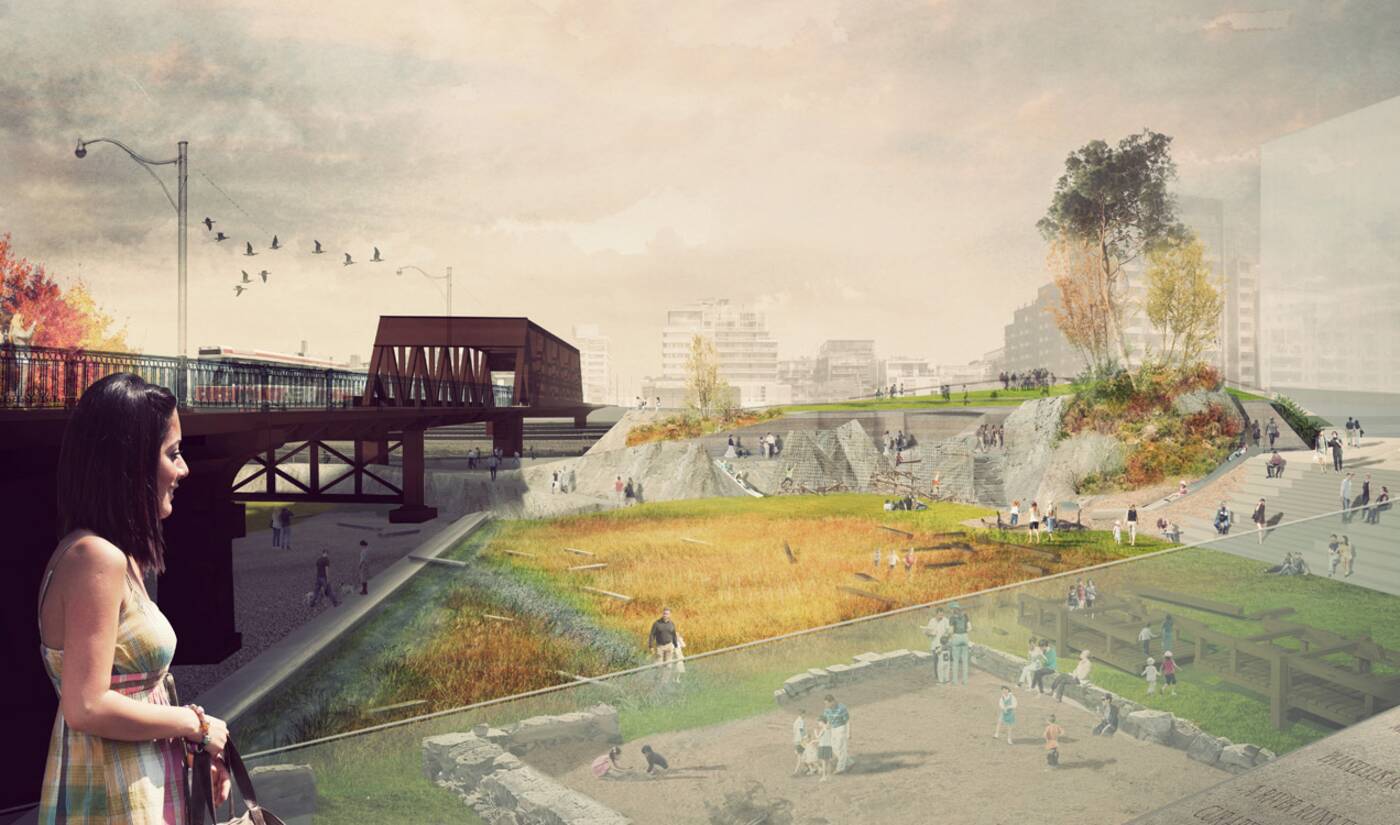 The raised area will take the park out of the shadow of the bridge and encourage visitors to take in the view of the changing skyline surrounding the park.

Meanwhile, the lowlands will cut underneath and "bring back the presence of the creek itself through marsh-like vegetation [and] a limestone shingle beach," according to the designers. 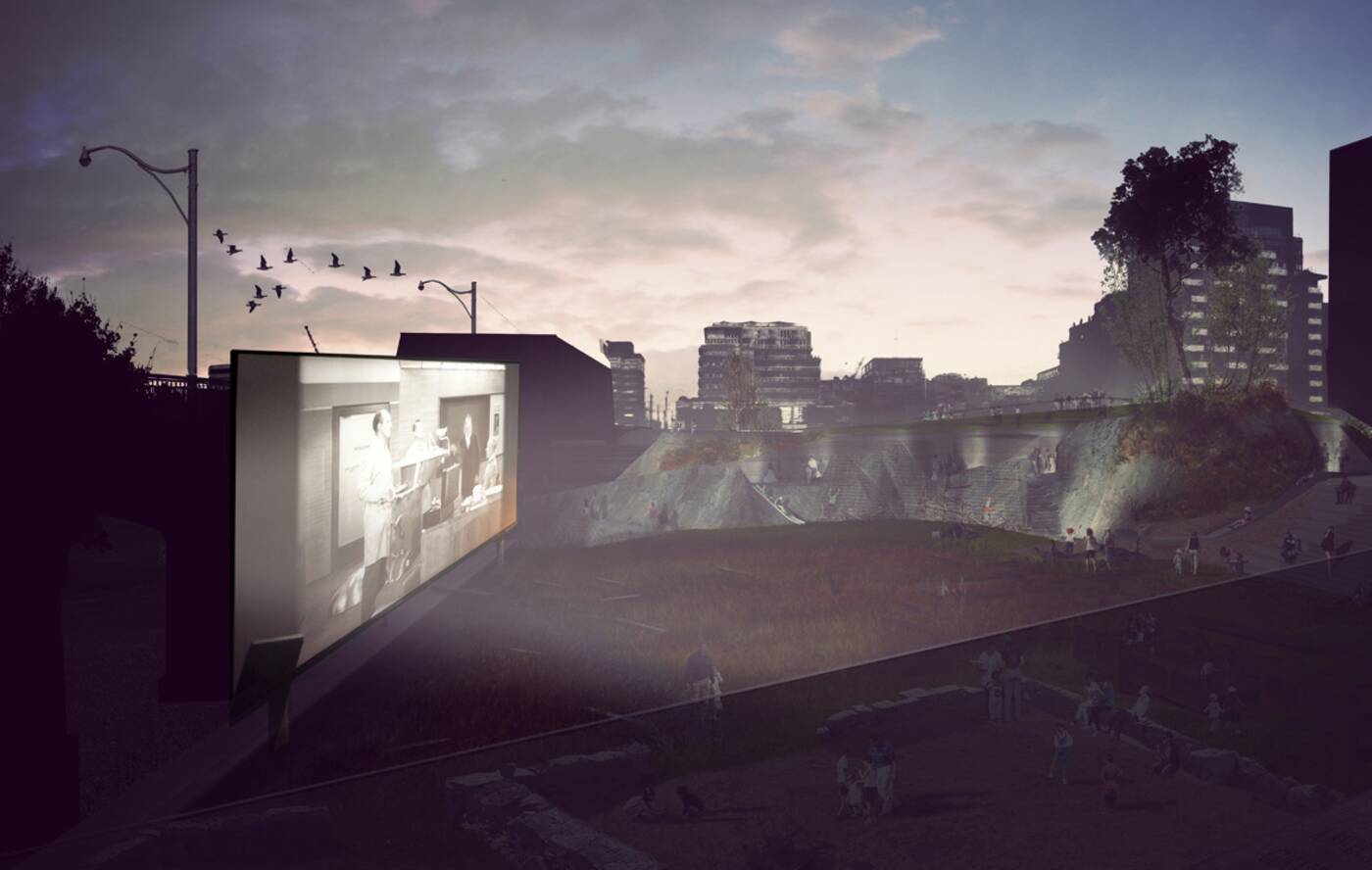 Designs for the park have been around since 2013, but the project is only now about to be realized. According to Toronto's Parks, Forestry and Recreation department, construction tenders will be issued this summer with work scheduled to begin early next year.

Mouth of the Creek Park is expected to be complete in 2019.