Something exciting is happening at Queen and Parliament.

For eight months or so, the building that once housed Marty Millionaire has been surrounded by scaffolding as construction crews slowly peeled away its thick teal coating, but now the restored exterior has started to emerge — and boy does it look good.

The early 20th century building is being remade as the future home of WE Charity's Global Learning Centre, which marks a significant expansion for the company previously known as Free the Children. 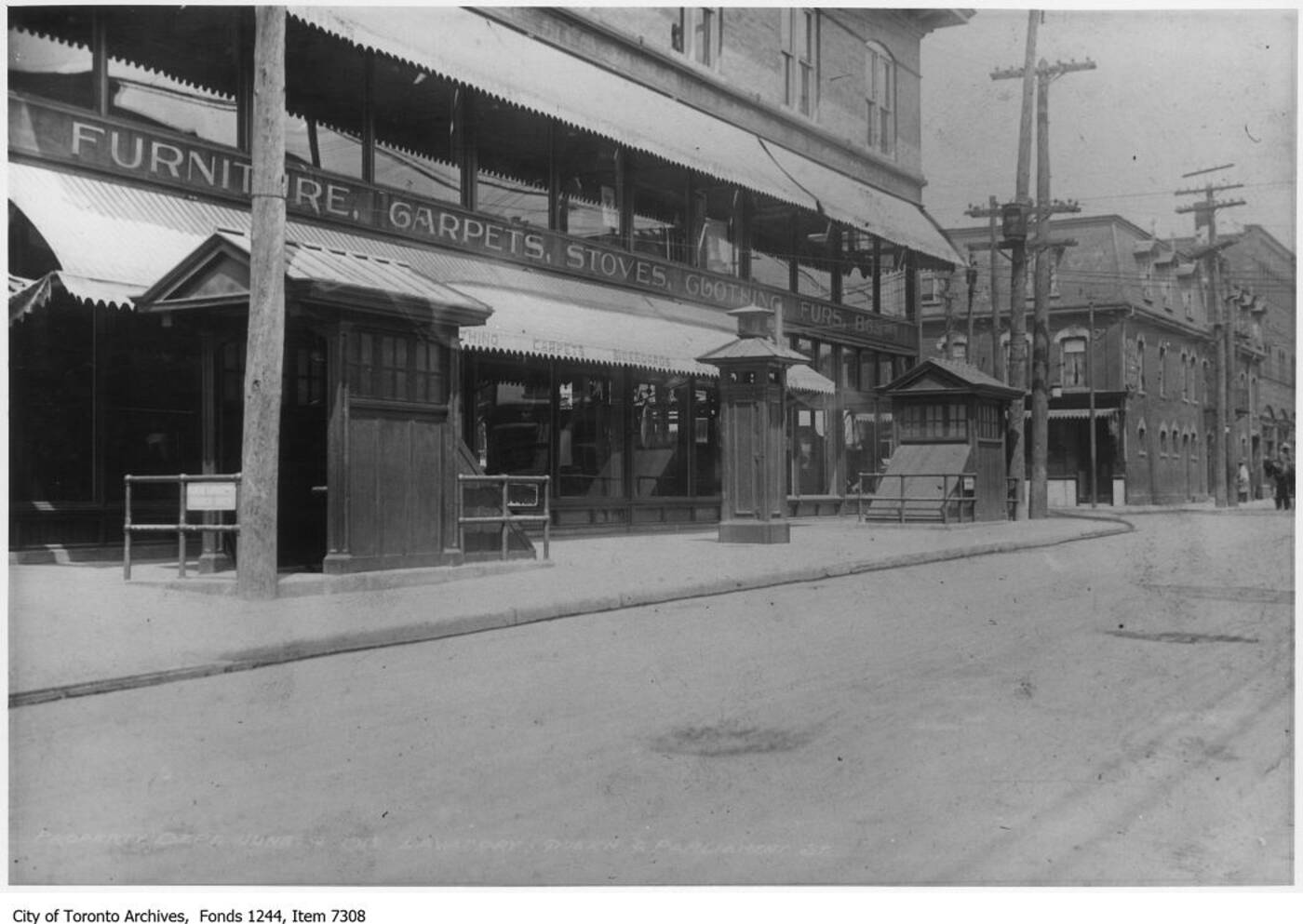 What the building looked like in 1913. Photo via the Toronto Archives.

While 339-345 Queen St. E. spent over a century of its life as a furniture store — first as Home Furniture Carpet Co. and then as Marty Millionaire — it'll now host virtual classrooms, meeting spaces, and an incubation hub for start-up organizations supported by WE. 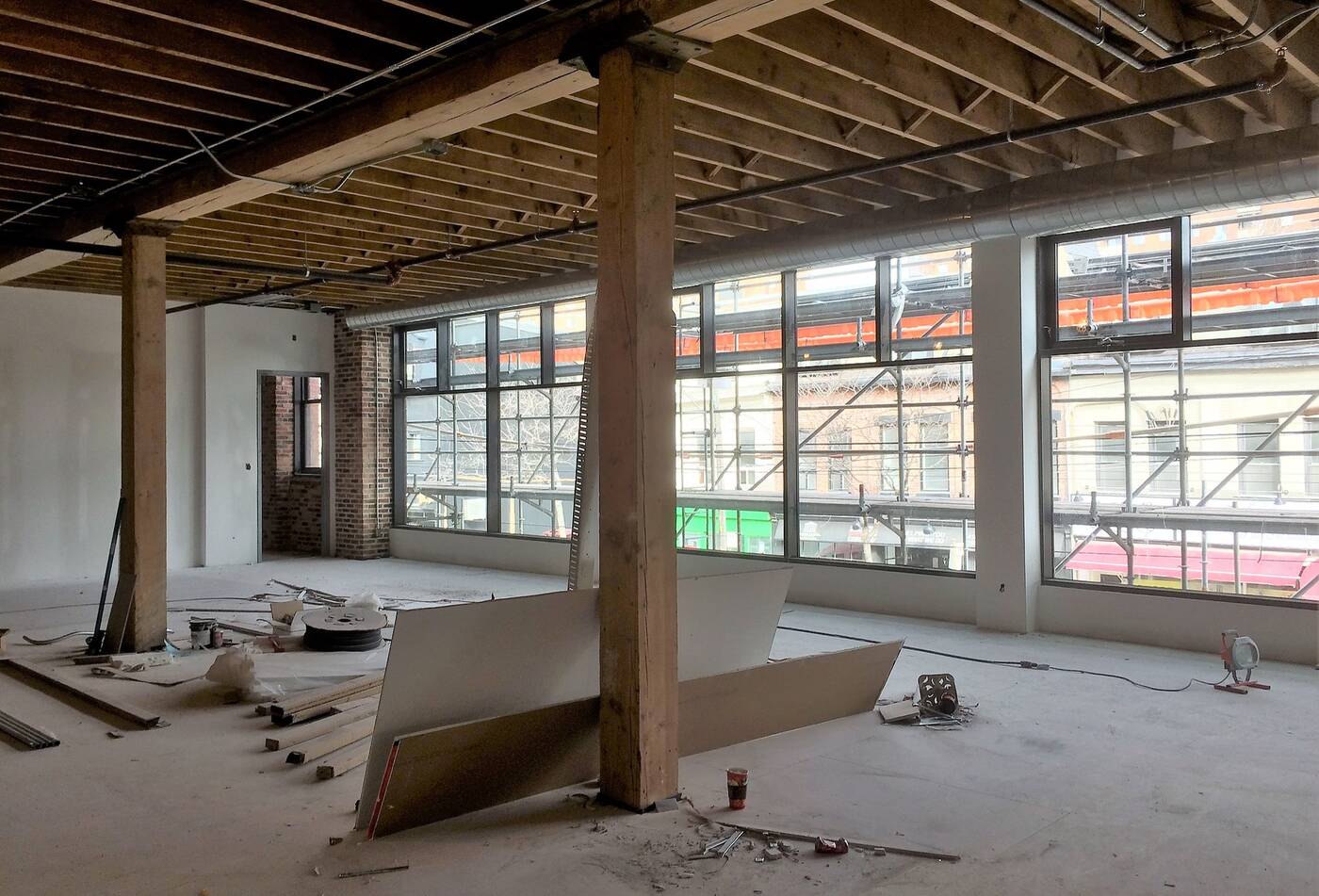 Interior work is progressing on the upper floors. Photo via Kohn Parternership Architects.

Restoration work has been overseen by Kohn Partnership Architects, which continues on with the goal of a summer opening. Interior photos reveal a space that will be flooded with natural light and marked by wooden beams and exposed brick. 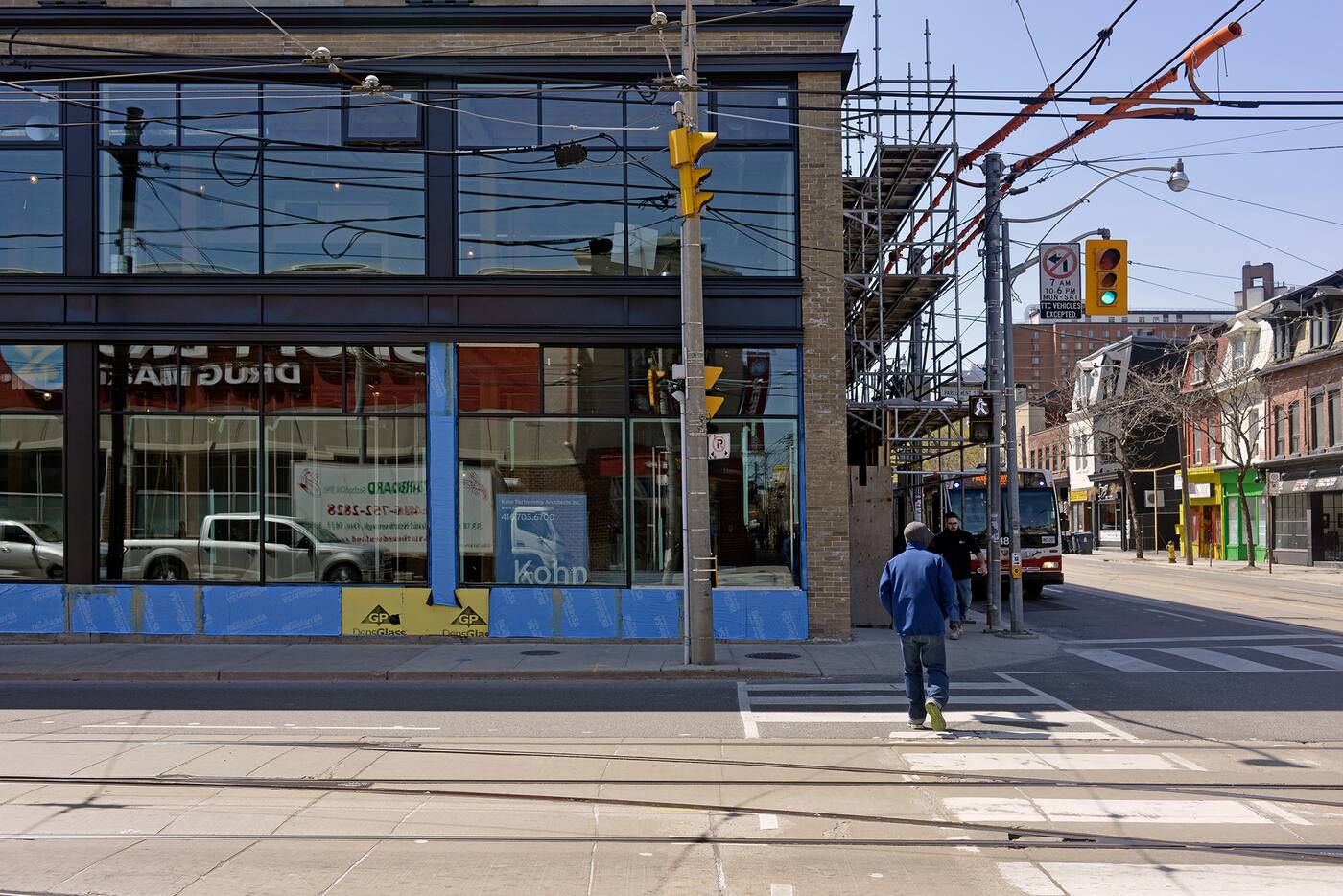 Sometimes a project like this can provide a big boost to the surrounding neighbourhood. Marty Millionaire certainly had a quirky appeal, but the new space will animate the corner with scores of young people working at the Global Learning Centre.

WE has noted that it chose this location partially because of its proximity to Regent Park and Cabbagetown, two communities the charity has strong relationships with thanks to outreach efforts from its current offices at Carlton and Parliament.

There's still work left to be done, but you can expect the restored building to inject new life into the intersection and Corktown as a whole.