Toronto's Downtown Relief Line isn't supposed to break ground until 2025, but the city shared a new alignment for the project, which will see the incoming subway route pass through Leslieville.

Instead of traveling north/south via Pape Avenue, as originally planned, the DRL will run beneath Carlaw Avenue. This would cost more money, but an updated figure hasn't been released yet. As CBC reports, the project is already hovering around $7 billion.

Mayor John Tory held a press conference about this update today and the city presented the new Leslieville alignment at a public information session last week. 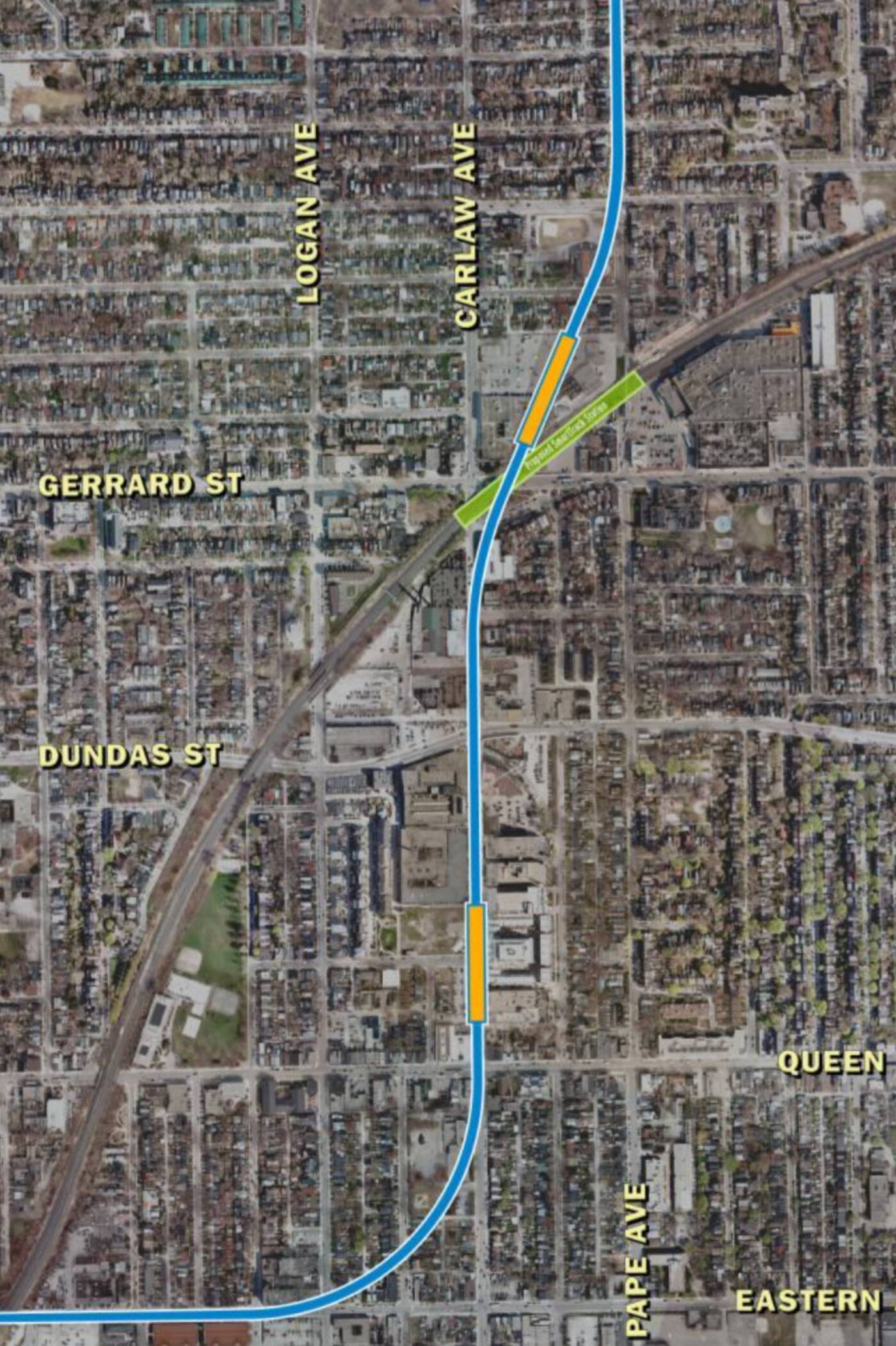 A map of the new proposed subway route on Carlaw Avenue.

According to last week's presentation, the Carlaw alignment better integrates into the mixed use area and can help support growing business and residential developments in the neighbourhood.

It also provides the best opportunities to connect to DRL to SmartTrack.

Regardless of the benefits, there are bound to be concerns from local residents. Aside from the construction nightmare that will ensue on the busy thoroughfare, the route seems to cut right under the local Morse Street Junior Public School as well as homes on Morse Street.