South Core is a neighbourhood on the rise, literally. The area south of Front Street will soon be home to a number of new skyscrapers, including the Bay Park Centre with two office towers that'll both be around 50 storeys high. 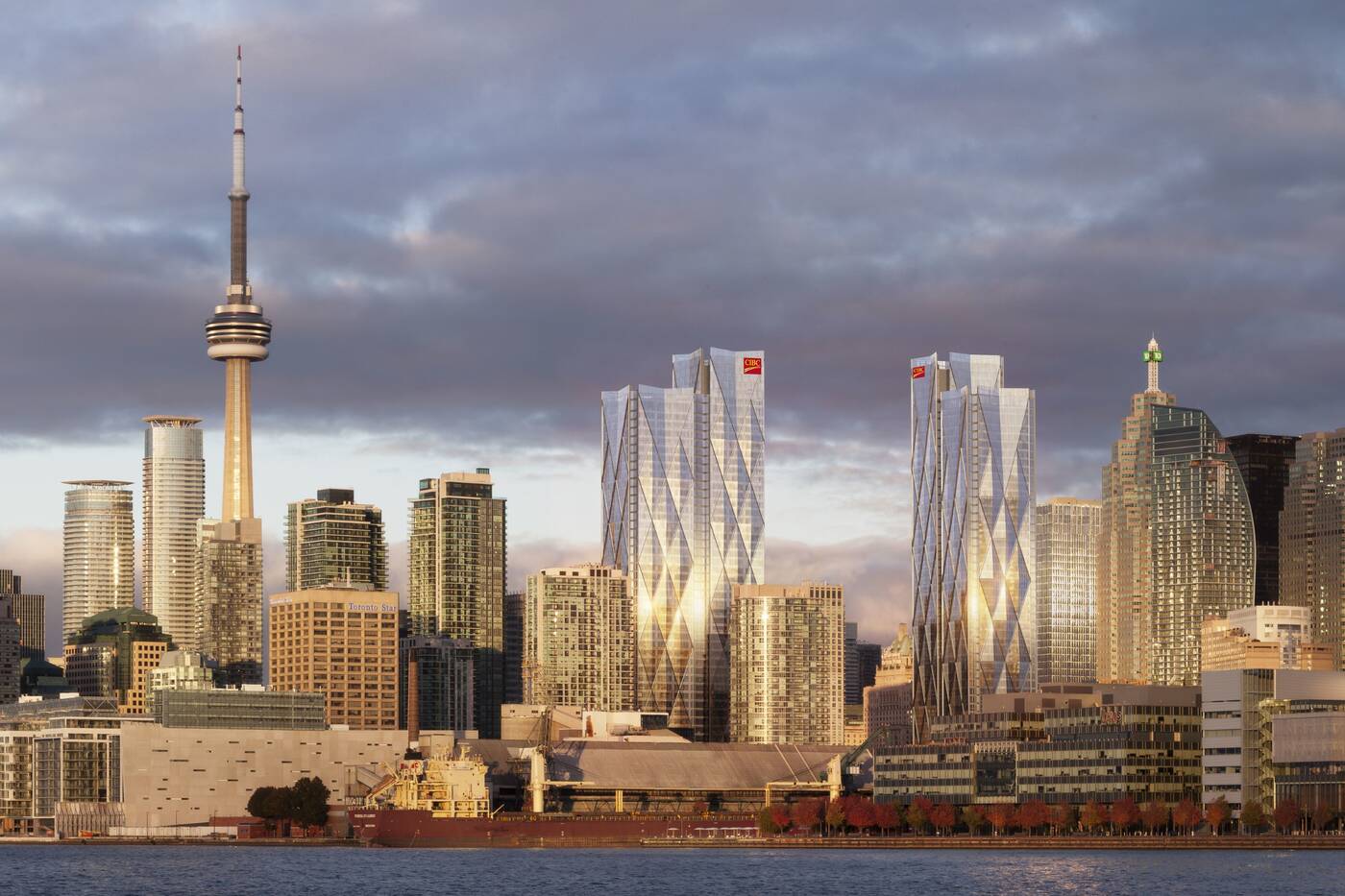 These buildings, at 81 and 141 Bay St., won't be ready until 2020 and 2023, respectively. However, CIBC announced today that it'd be leasing approximately 1.75 million square feet of office space at Bay Park Centre to create an urban campus for 15,000 of its GTA employees. 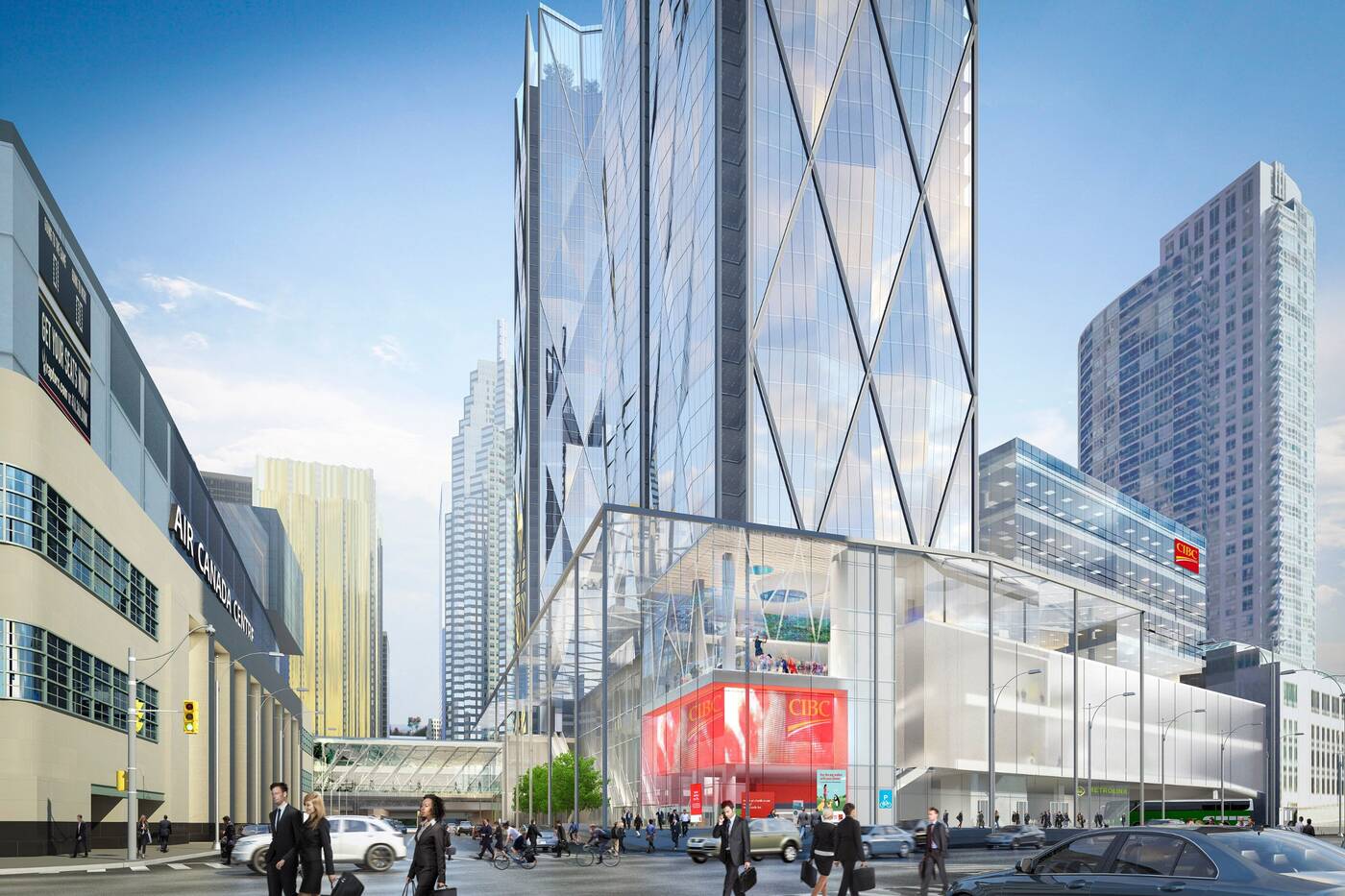 The bank has exclusive naming rights on the two buildings designed by WilkinsonEyre and Adamson Associates, so it'll introduce its rebrand in the coming months. 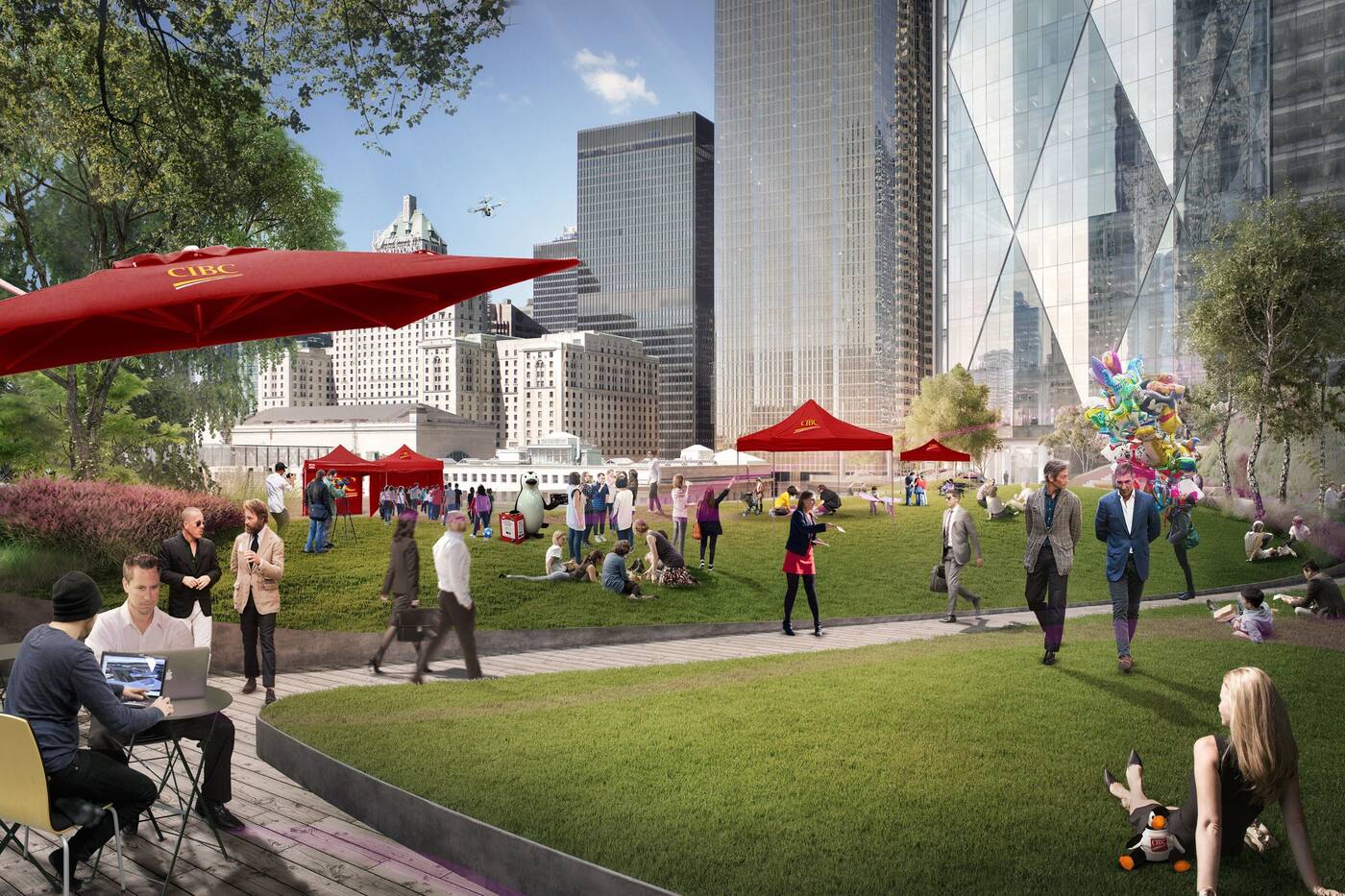 While CIBC seems excited about consolidating its Toronto operations and moving its headquarters here from Commerce Court, for most of us, the really cool part of this project is the one-acre park that'll traverse the train tracks and connect the two buildings.

Thankfully, according to a CIBC news release, it'll be open to the public. As the Toronto Star reports, there will also be a new GO terminal going in at 81 Bay St. Metrolinx and developer IvanhoĂŠ Cambridge announced this in 2014.