Yorkville's old school malls are about to disappear

Yorkville is in the midst of a paradigm shift, the scale of which hasn't been witnessed since it transformed from a hippie hub in the 1960s to a high end shopping destination in the decade that followed.

The Yorkville that's slipping away today can be traced back to the 1970s. While historic elements dating much further back can been seen in the converted Victorian houses that still house retail on Cumberland St., many of the neighbourhood's larger buildings date back to this decade. 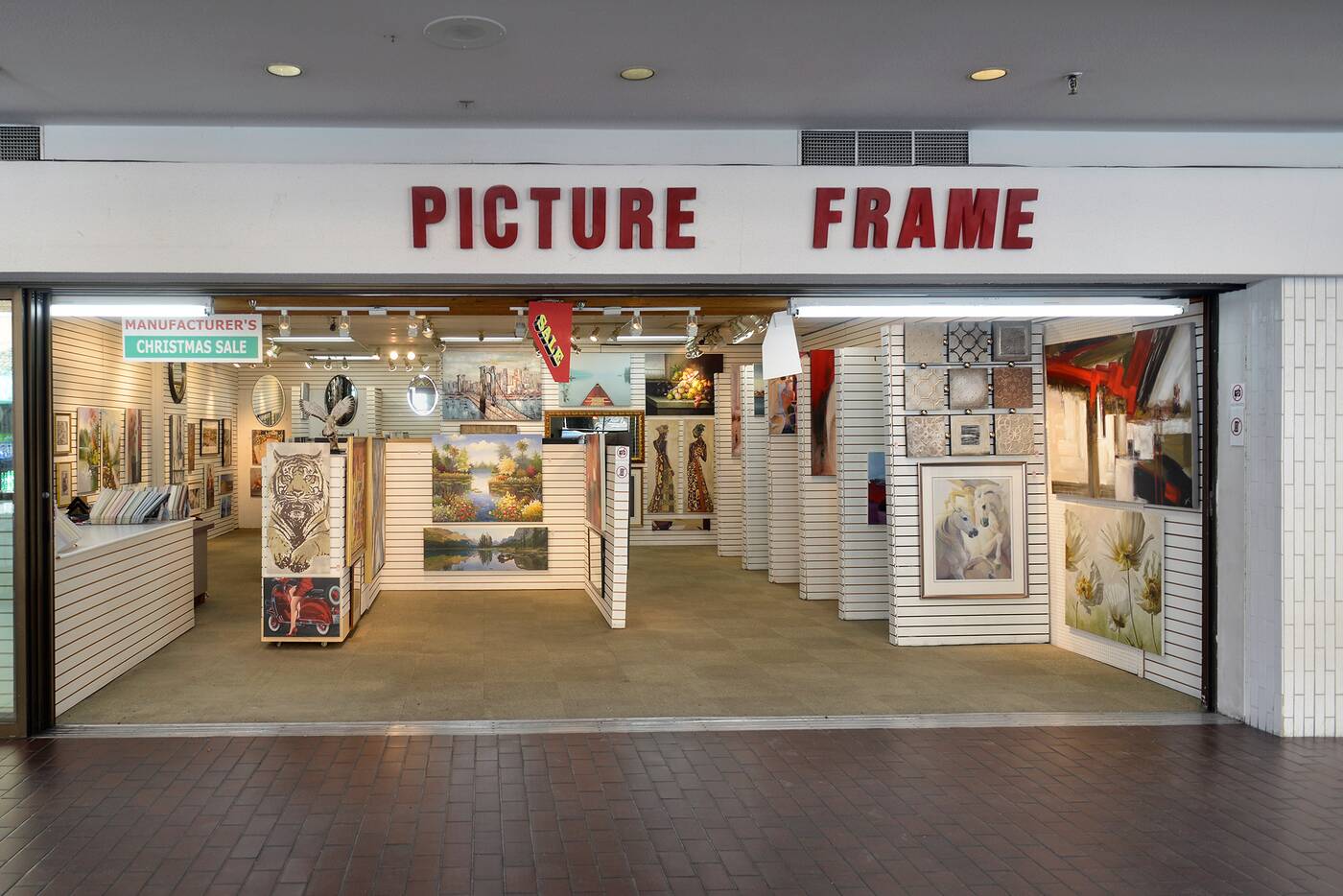 Of these, the most significant is surely Cumberland Terrace, a multi-level mall that runs adjacent to the street from which it takes its name. Opened in 1974, when you pay a visit these days, it's like stepping into a time machine. 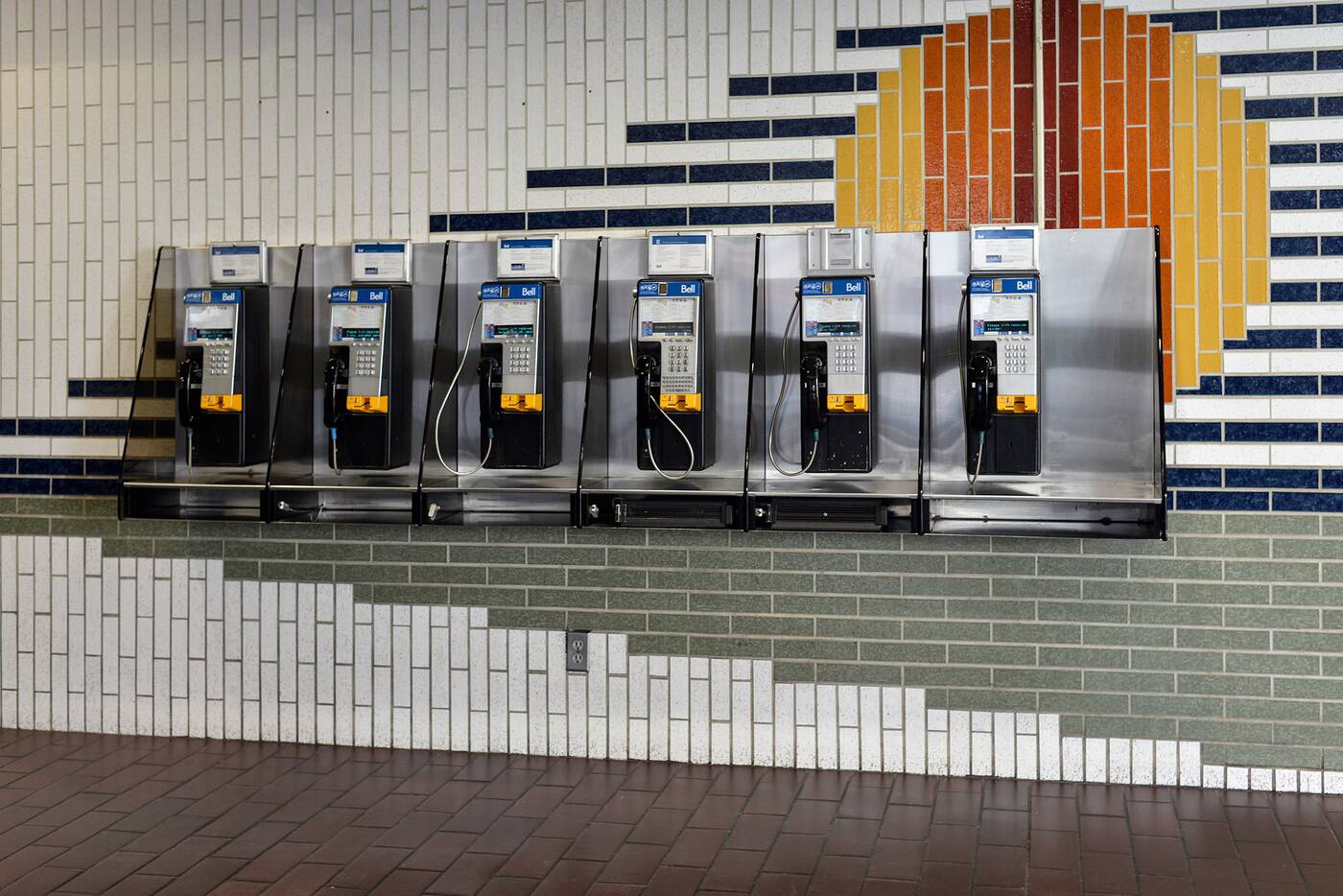 Picture the Galleria Mall, but nicer. There are payphones and brown tile everywhere, an eclectic mix of vendors you'd never find in a newer mall, and wayfinding signage that dates back to the first days of operation here. 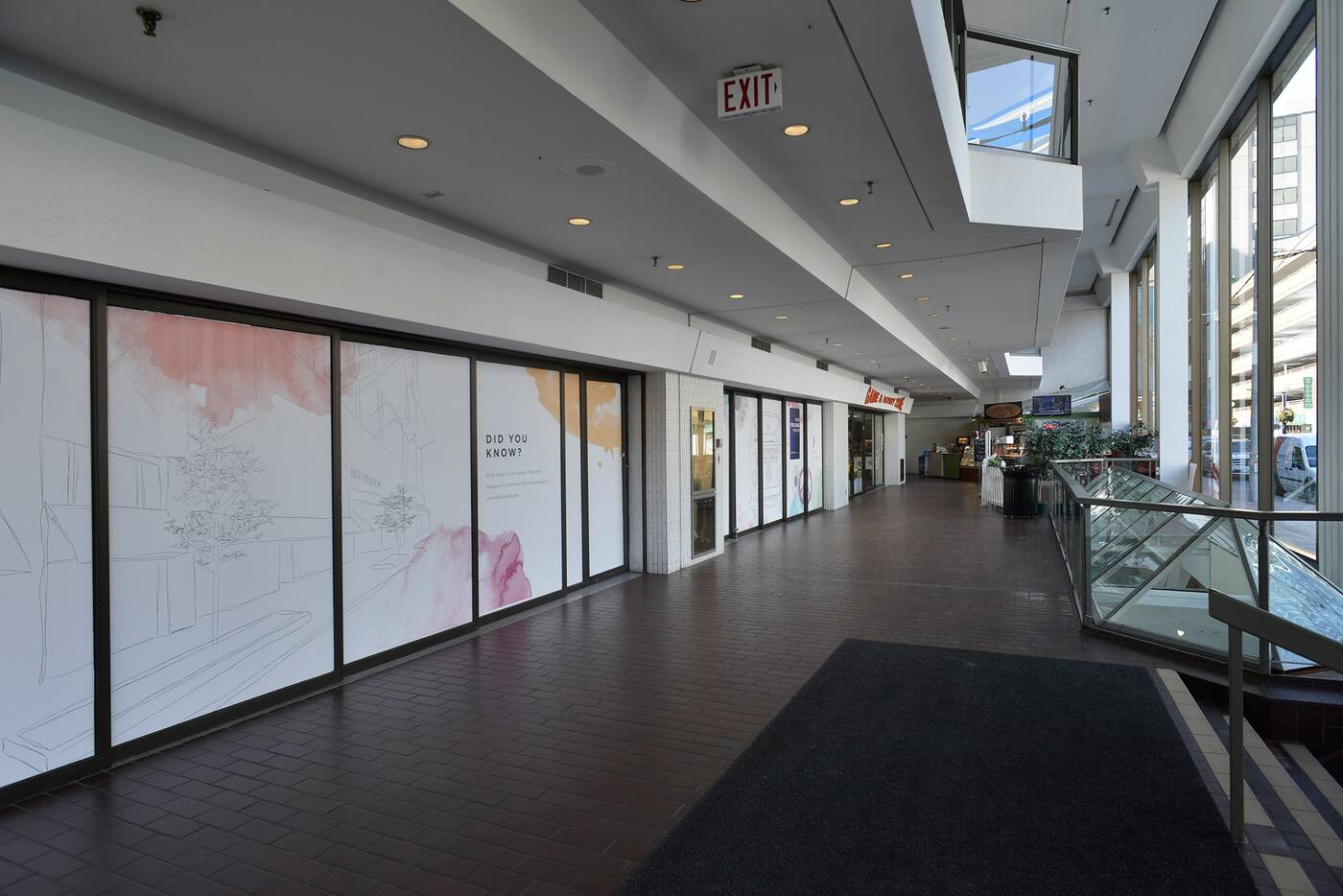 Truth be told, there's actually considerable charm on display, especially on a sunny day as the light pours in the north-facing glass wall along Cumberland St. The space feels as though it's indoors and outdoors at once, and clever glass gable sections allow light to filter to the lower level. 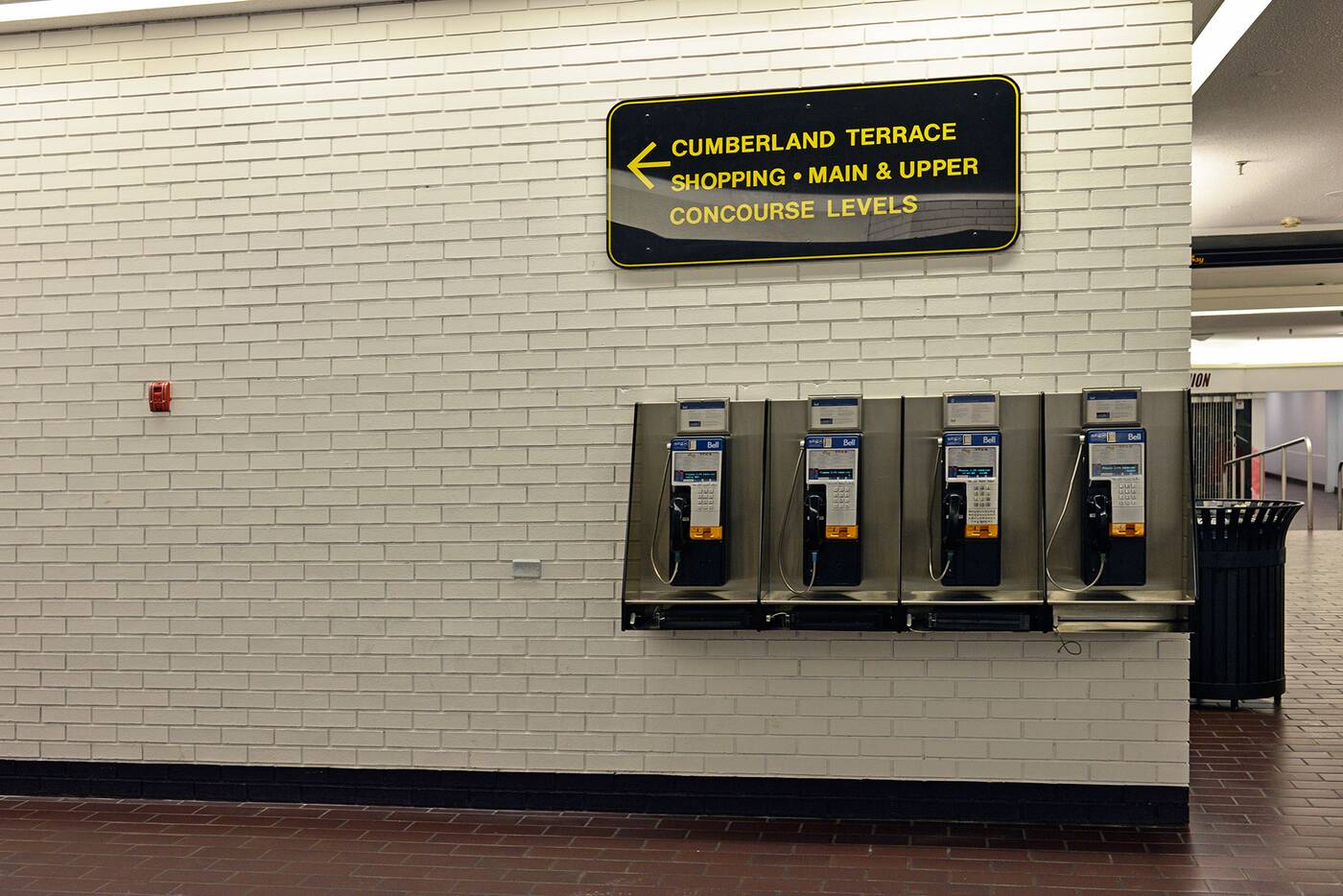 The problem, however, is that this place is on death row. Long the site of major redevelopment plans for soaring new condos and a retail space, Cumberland Terrace just can't attract retailers like it once did.

Empty storefronts abound, even as they are covered with panels that tell the history of the neighbourhood where the mall sits. It's a smart tactic to keep the place from looking really shelled out, but the various bits of history don't hide the lack of activity here. 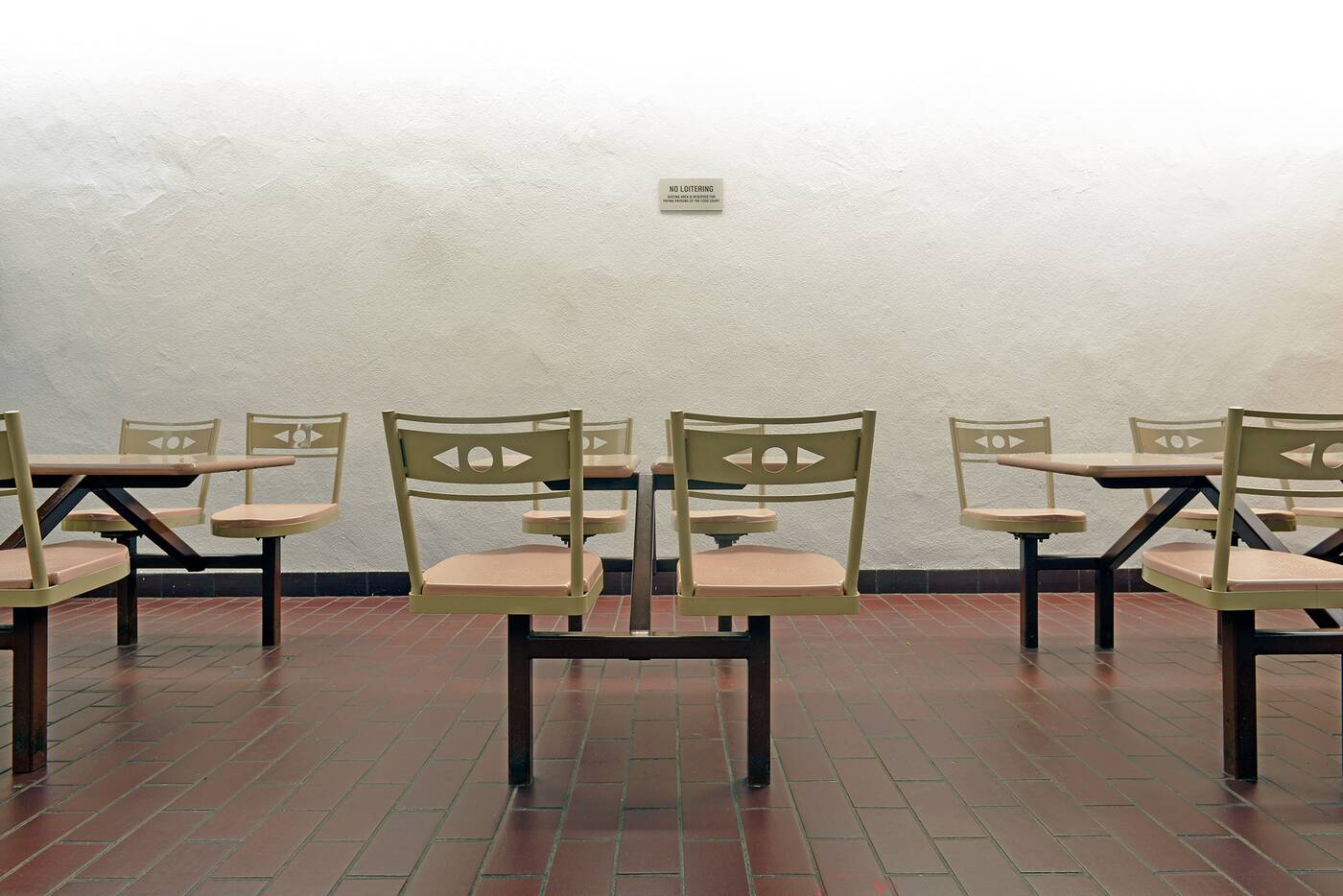 Even the food court is mostly empty during lunch hour.

There are big plans in store, though. This property has been the site of a variety of proposals over the years, with the latest rumoured to be called Yorkville Square from developers Kingsett and Greystone.

New plans for the site have yet to be filed with the city, but over the years the idea has always been to replace the existing retail at grade while building large scale residential towers above.

It'll probably take a few years to get the latest redevelopment scheme through the planning process, but you can bet that Cumberland Terrace's days are numbered. In the meantime, it'll continue to serve as a quiet throwback to 1970s retail design in Toronto. 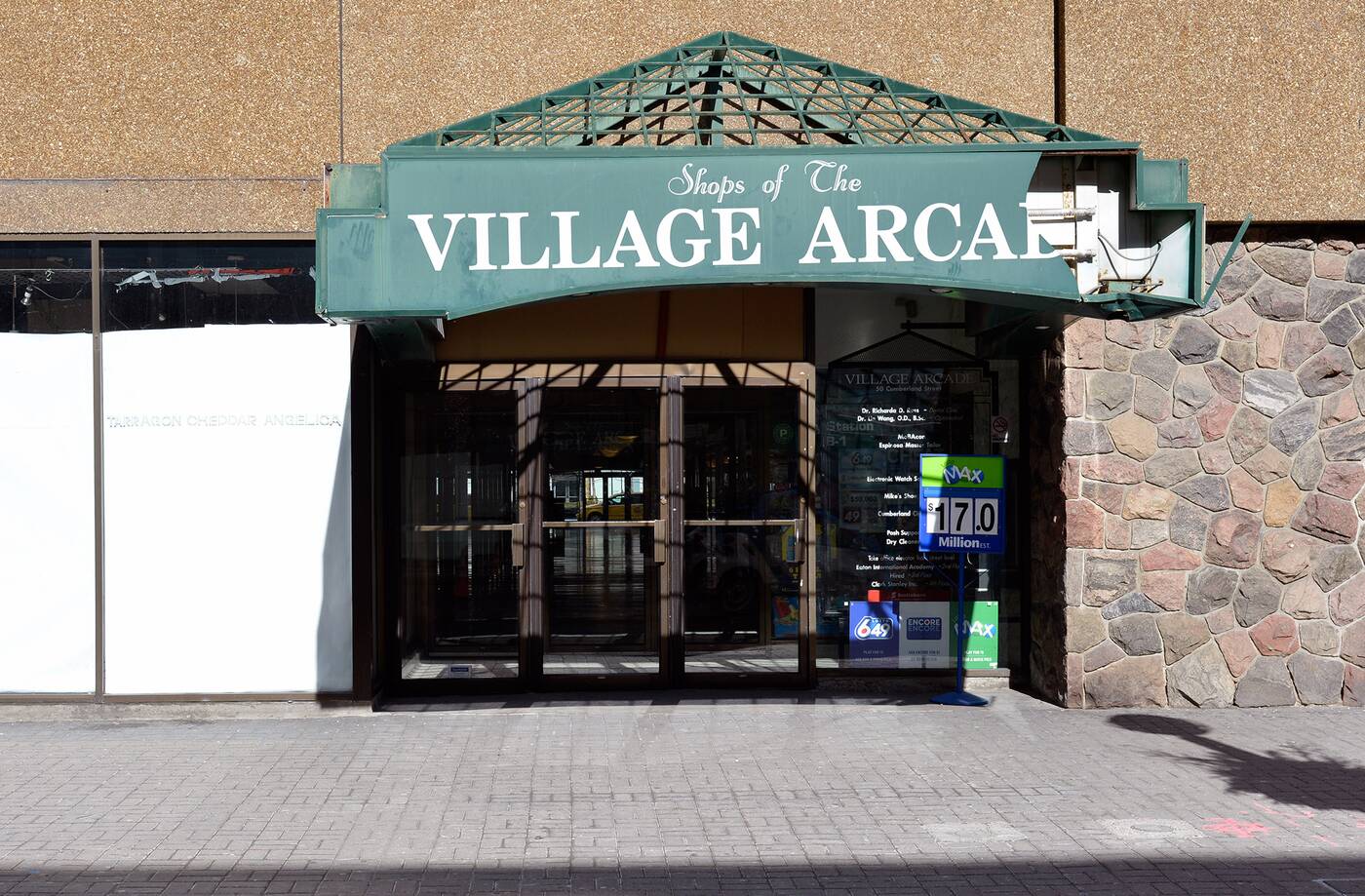 Across the street, the Village Arcade is another throwback retail space that's likely to get eaten up by new development (possibly even the same one as Cumberland Terrace). Few will shed a tear for this one, though, as it's mostly hidden in plain sight these days.

What's remarkable about it, as Retail Insider recently noted, is just how close it is to some of the country's most prime real estate. In a wide ranging tour of the neighbourhood, they highlight a slew of retail spaces that are destined for the wrecking ball, all of which share obvious similarities.

We tend to think of Yorkville as the epitome of luxury, but in fact there are numerous pockets of retail designed to cater to the hordes of people who work in the area. 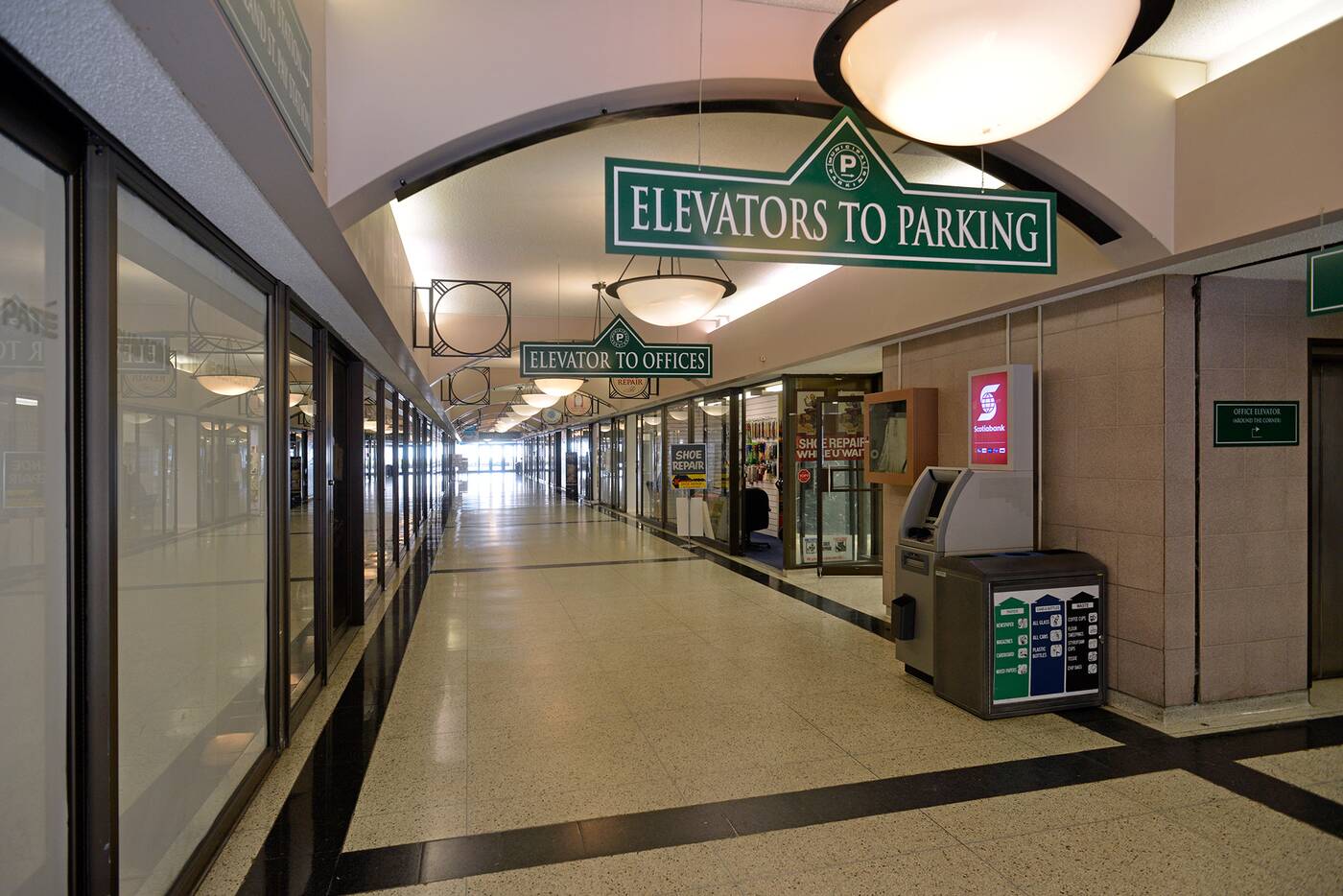 That significant portions of this retail space is dying speaks to our changing tastes in shopping experiences. The local malls of the 1960s and 70s are giving way to hulking power centres and centralized shopping palaces that offer scores of popular and luxury brands under one roof (e.g. Yorkdale).

In a place like Yorkville, the land is simply too valuable to waste on semi-deserted retail plazas, which is why there's such an incredible condo boom in the works here. In a decade, much of the old retail will be cleared out and skyscrapers will tower over what was once a neighbourhood of humble coffee houses. 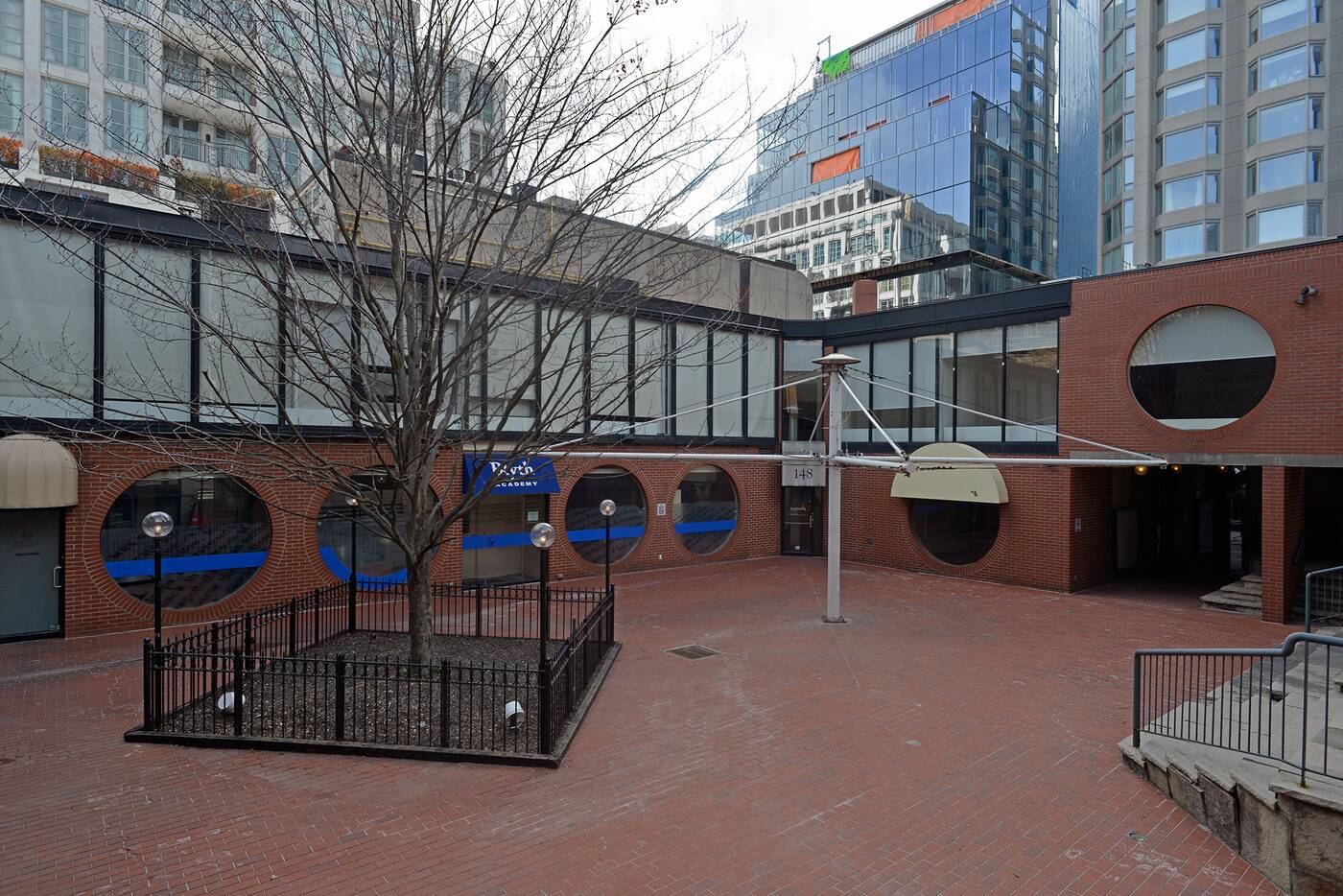 Something does get lost in this change, though. Many of the neighbourhood's anonymous retail spaces won't be missed when they're gone, but a place like York Square is an important bit of Toronto's architectural history that's set to be consumed by a new development.

Built in 1968, it was one of the city's first adaptive re-use projects and helped to usher in a new phase for Yorkville as a retail destination. It's an intriguing complex of buildings that opens to a courtyard that few even know exists these days.

It's just the type of place that ties the past and the future of the neighbourhood together, and while some of the exterior features will be retained in the new development, it's character will be completely altered when the courtyard is eliminated and the new tower rises. 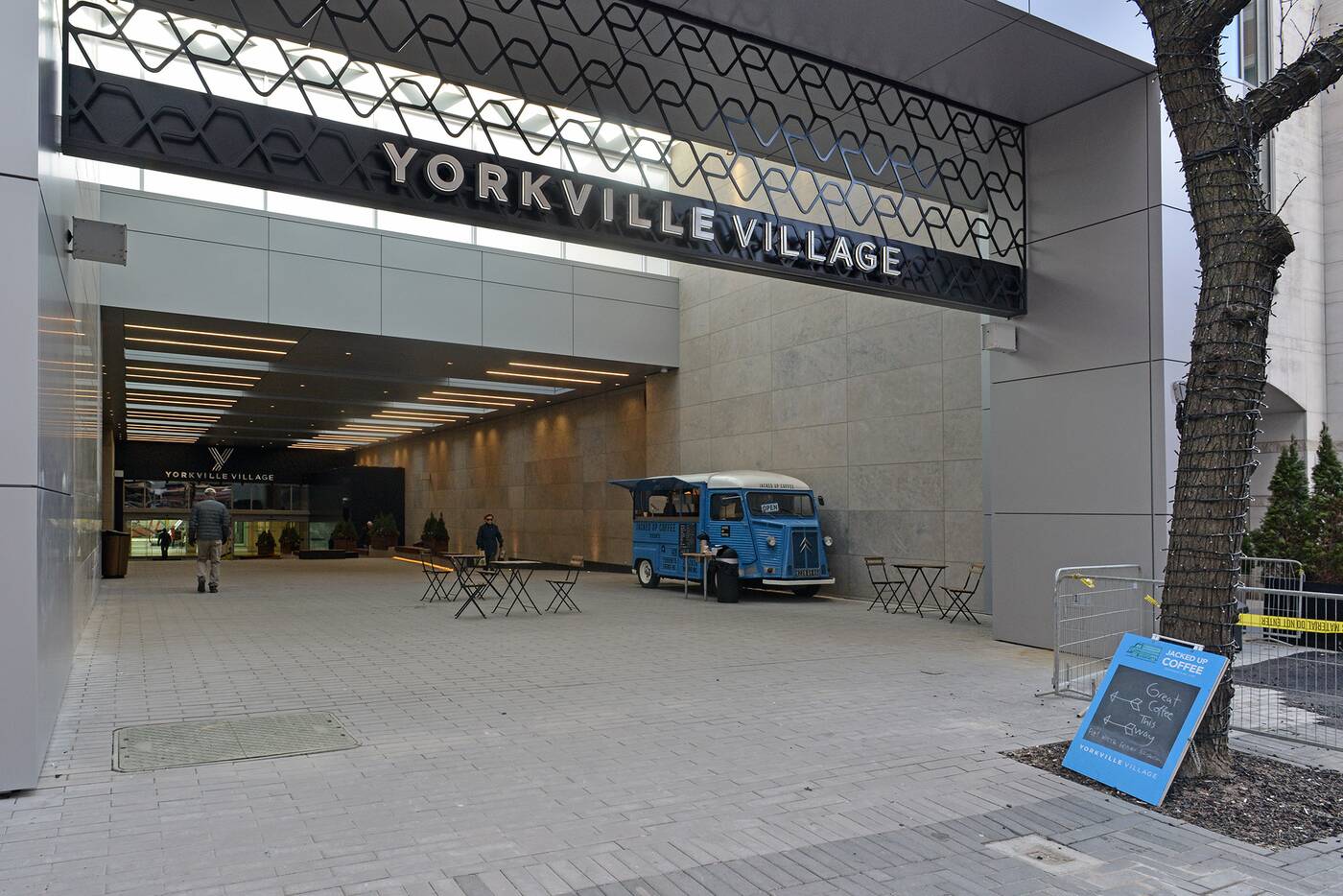 Not all of Yorkville's old malls are endangered species. The most notable exception is what's now referred to as Yorkville Village, but which was long called Hazelton Lanes.

It's received a sweeping makeover to bring it inline with the standards of modern retail spaces. Wandering around its corridors, however, you get the sense that it's not quite fully integrated. The ghost of its previous layout still haunts the place.

We'll probably cease to notice this over time, as we'll cease to recall that there used to be a time warp to the 1970s just a few feet away from one of the city's busiest intersections.

If you care about these sort of things, you best get to Yorkvile quick. Before you know it, it'll be unrecognizable.