Toronto was bracing for a snowstorm today, but it looks like all we got was a light dusting. While a few more centimetres might accumulate over the course of the day, it looks like we dodged the "monster nor'easter" lashing out south of the border.

Yet some parts of southern Ontario, like St. Catharines and Niagara Falls, are feeling the wrath of winter.

WEATHER UPDATE: #GBC will be open tmrw. With more ❄️ in the forecast, plz set aside extra time for commute to class. https://t.co/KZ00iYjneN

George Brown College announced yesterday afternoon that it would stay open today, well before the snowstorm was expected to hit. While the school accurately predicted the weather, some questioned its preemptive tweet.

All George Brown profs: we are supposed to be getting a massive snow storm but you all know we never close so prepare for extra travel time

Some students were pretty upset they dodged what might be their last opportunity for a snow day this season.

There's currently no special weather statement in effect for Toronto. According to Environment Canada, we could see up to two centimetres of snow today and another two tonight. 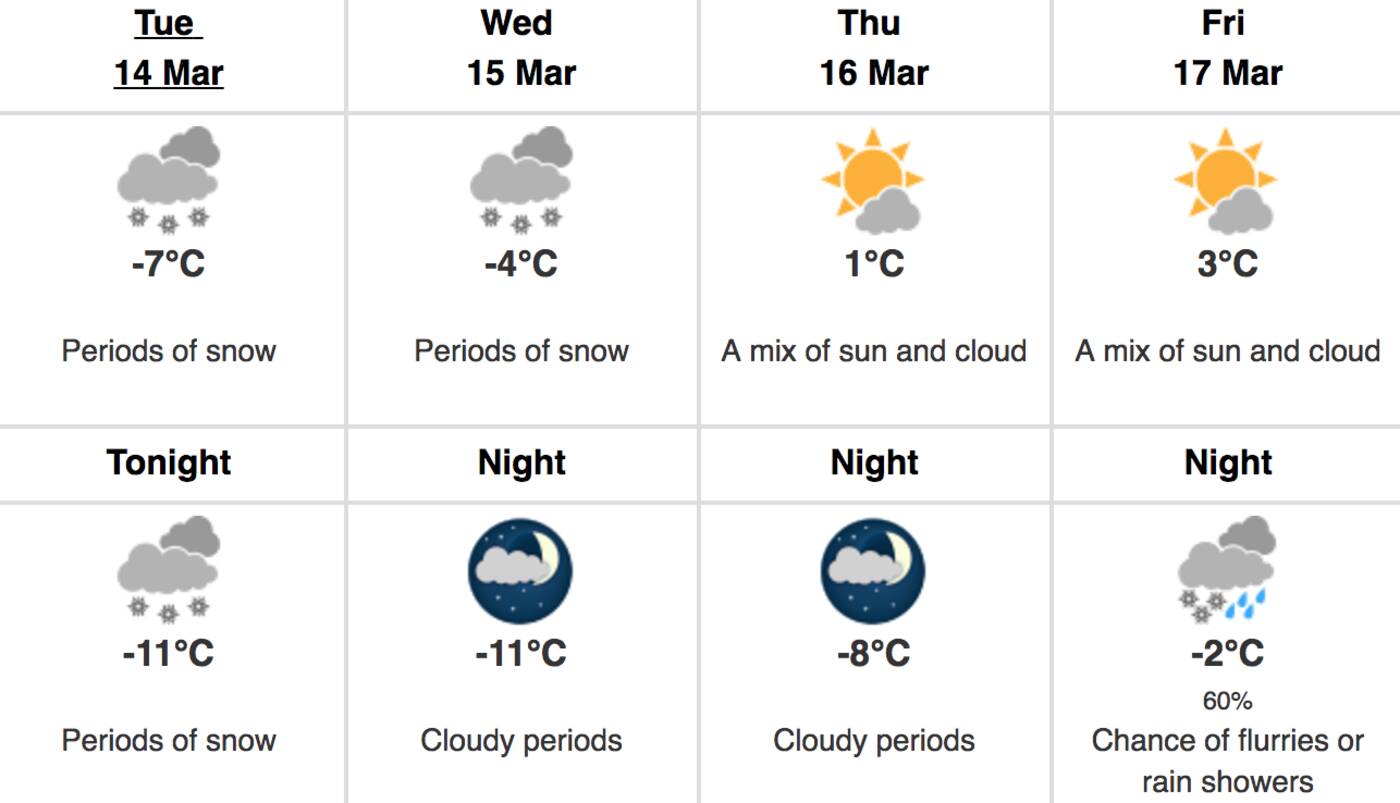 Expect a high of -7 C today and a low of -11 C. It might be nasty out, but it looks like we're going to have to embrace the last week of winter without the luxury of forced hibernation.