Sam the Record Man sign will finally return this year

The Sam the Record Man sign is finally set to return. After years spent disassembled in a flatbed trailer waiting for a new home, this iconic piece of Toronto history will finally be installed at the top of 277 Victoria St., the site that was chosen almost three years ago.

"We are very pleased to announce the iconic Sam the Record Man signs, with their spinning neon discs, will once again illuminate downtown Toronto," said Ryerson President and Vice-Chancello Mohamed Lachemi in a press release.

The school has secured Sunset Neon to restore and reassemble the sign after undertaking a thoroughgoing feasibility study on whether or not it was safe to install the sign at this site.

That process, it would appear, is being cited as the main reason for the delay. Over the years, many feared the sign would never return, despite Ryerson's agreement to preserve and reinstall the spinning neon discs. 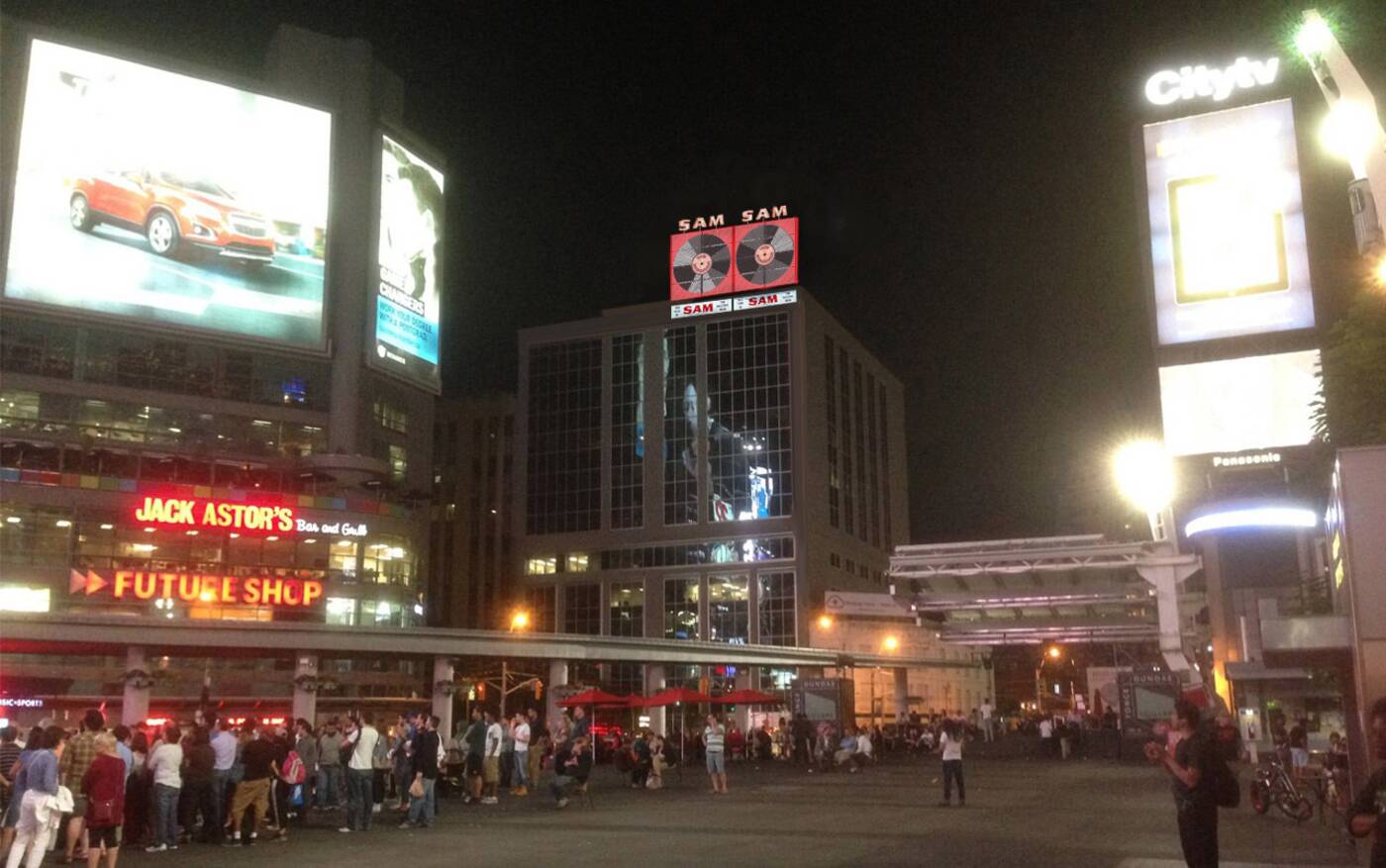 Those fears can finally be put to rest as preservation work on the Sam's sign is set to begin this spring and installation is expected later this year.

Jason and Bobby Sniderman, the sons of store owner Sam Sniderman, thanked Ryerson for honouring its commitment to find the sign a new home and praised the site plans.

"The relocation to Yonge-Dundas square is the perfect 'home' for them, and it should be known that our first record store in downtown Toronto opened on the east side of Yonge Street just south of Dundas, so our signs will now be mounted above and shining down on the original location," they said.

When the sign is finally installed, it'll conclude a saga that goes all the way back to the store's closure in 2007 and Ryerson's purchase of the site a year later.

Many people fought for its preservation along the way, including councillors Josh Matlow and Kristyn Wong-Tam, ex-pat architecture professor Jeff Balmer who leveraged support through a petition and Facebook group, and numerous members of the music community.

The return of the sign is a testament to their passion and good news for the city in general.