A stunning building is taking shape on a quiet street just south of one of Toronto's most bustling retail corridors. You'd be forgiven for not having noticed it given the way that it's tucked behind the taller buildings around Bay and Bloor streets, but it's worth seeking out.

Designed by Hariri Pontarini Architects, 7 St. Thomas is a sleek nine storey office tower that rises above a collection of six historic Bay and Gable Victorian homes that will also be used as office spaces when the project is complete. 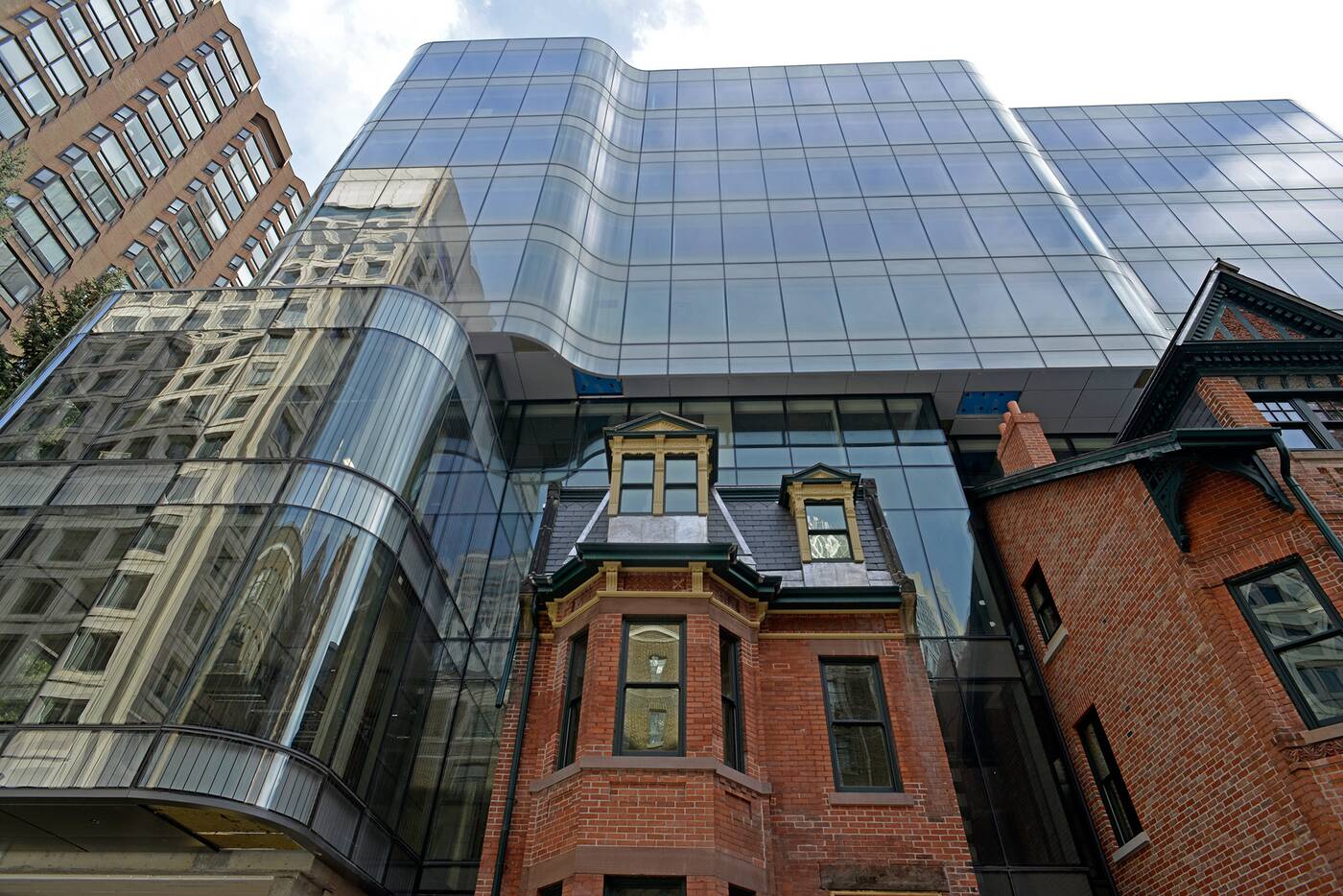 The juxtaposition between the two architectural styles is at first startling and then astounding. The contemporary structure undulates in conjunction with the gable roofs of the heritage buildings and wraps around them at the northeast and southwest corners.

The result is a seamlessly integrated whole that looks as cool as it does beautiful. It's the type of building that'll cause you to do a double-take, but when you actually absorb what you're seeing, it's hard not to be impressed. 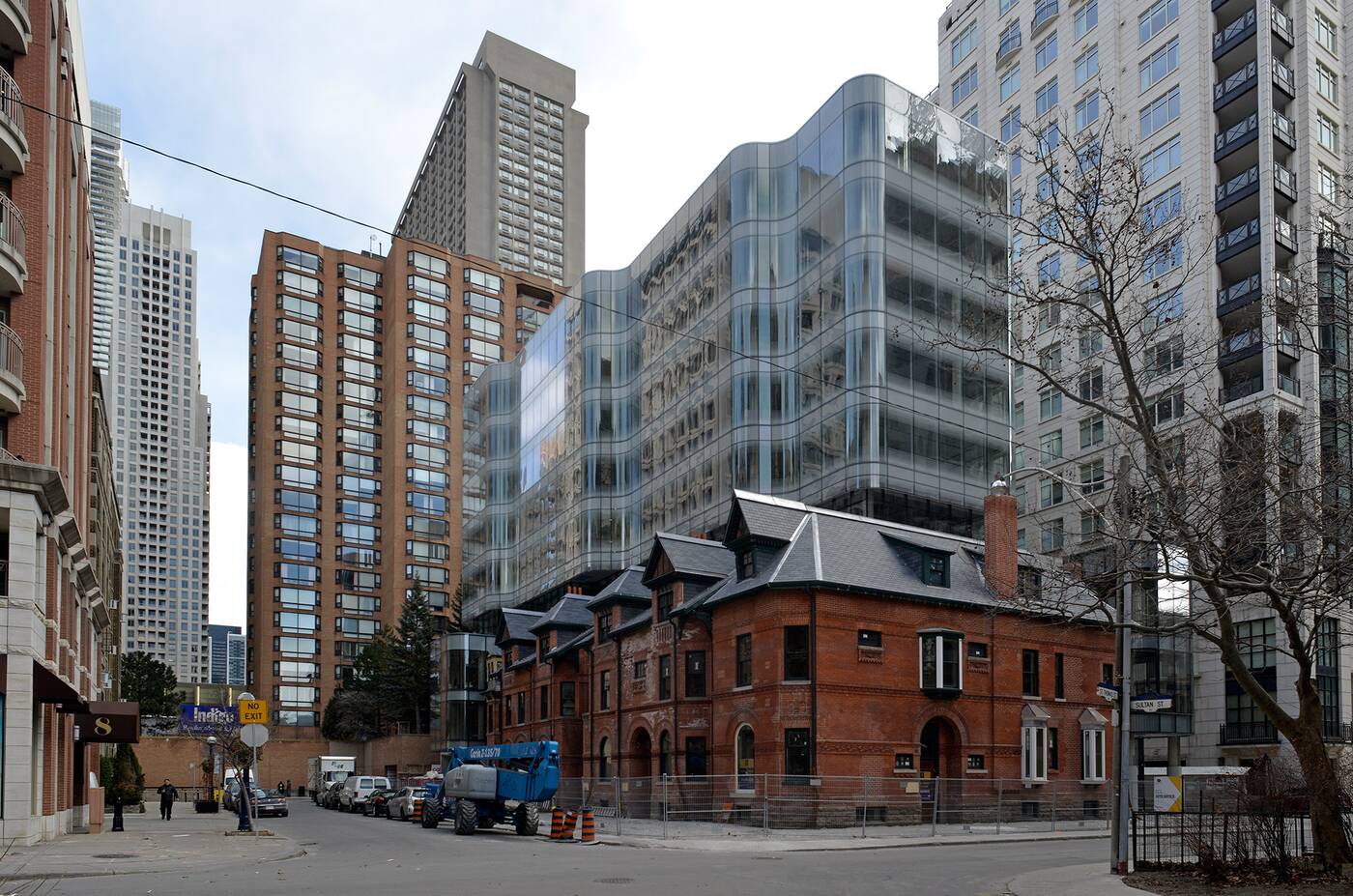 If you've seen Hariri Pontarini's work at 5 St. Joseph, the relationship between the heritage elements and the modern building is similar, but the smaller overall scale here allows the whole project to shine as a connected whole in a manner that's even more dramatic.

While not unique, it's also worth noting that 7 St. Joseph is being sold as a commercial condominium. That's not generally appealing to big companies, but could be ideal for the types of businesses that'll be interested in a building of this size. 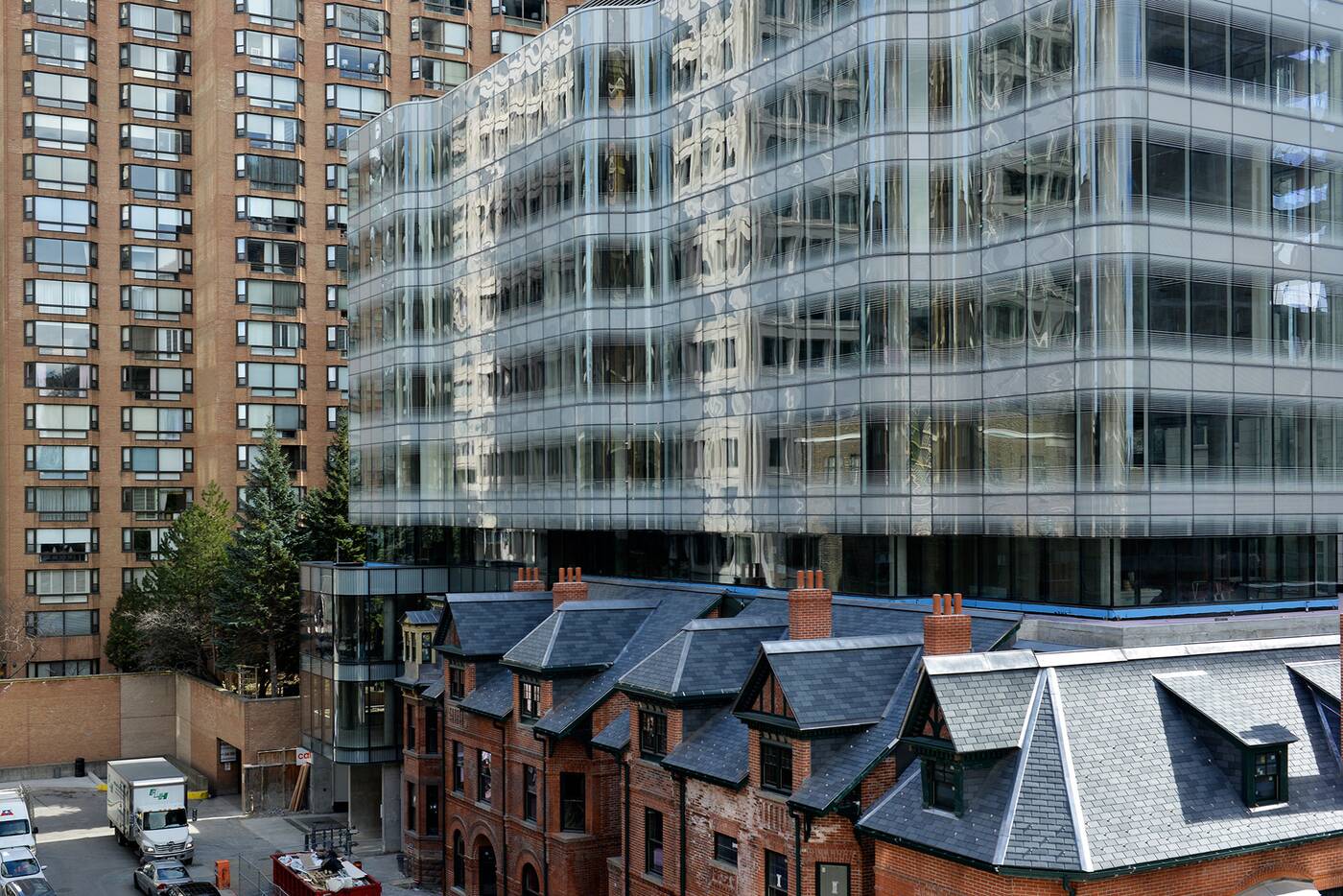 Occupancy is expected to happen later this year, as individual suite owners will be able to customize their interiors.

So this could be a trend-setting development in a number of ways. If there's a downer in all this, it's merely that the building is kind of tucked away and likely won't get all the attention it deserves.