After coming short of breaking a February temperature record yesterday, there's now a good chance that today might hold that distinction. Forecasters are calling for a high of 16 C today, which would beat the previous high of 15.5 C set just last year.

As of 9 a.m. this morning, the temperature had already reached 14 C under cloudy skies. Later today, the sun is supposed to come out, bringing with it even warmer weather. 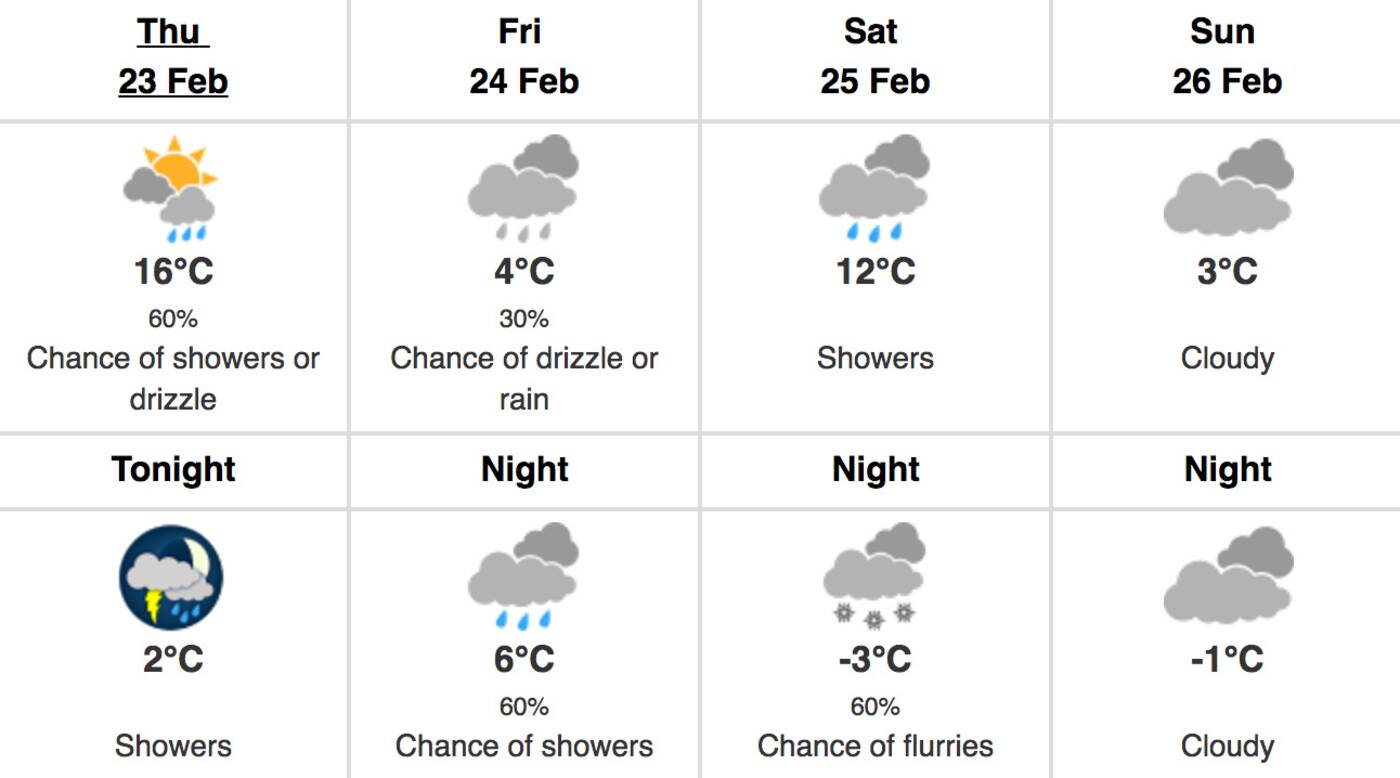 Alas, there's also the possibility of scattered showers, but that's hardly enough to rain on this parade of spring-like weather. Last year at this time, the high was 2 C and a snow storm was on the way.

While it's noteworthy that the record being challenged today was set just last year, it's hard not to revel in this temporary reprieve from winter, as temperatures are supposed to return to seasonal by the end of the weekend.