The Port Lands has long been seen as one of the last great opportunities for redevelopment on a massive scale in Toronto. Given the size of the area and the complexity of building on former industrial lands, however, the process of has been a slow one.

One of the major road blocks to redevelopment here is the need to establish flood protection for a sizeable area south of the Keating Channel. The solution is planned as a dazzling but very expensive re-naturalization of the Don River mouth that will take many years to realize.

In the meantime, there's still lots of activity taking place in and around what's being called the Villiers Island Precinct. Some of the proposed developments will face numerous roadblocks related to the flood protection plans, but others are already advancing more quickly than you might think. 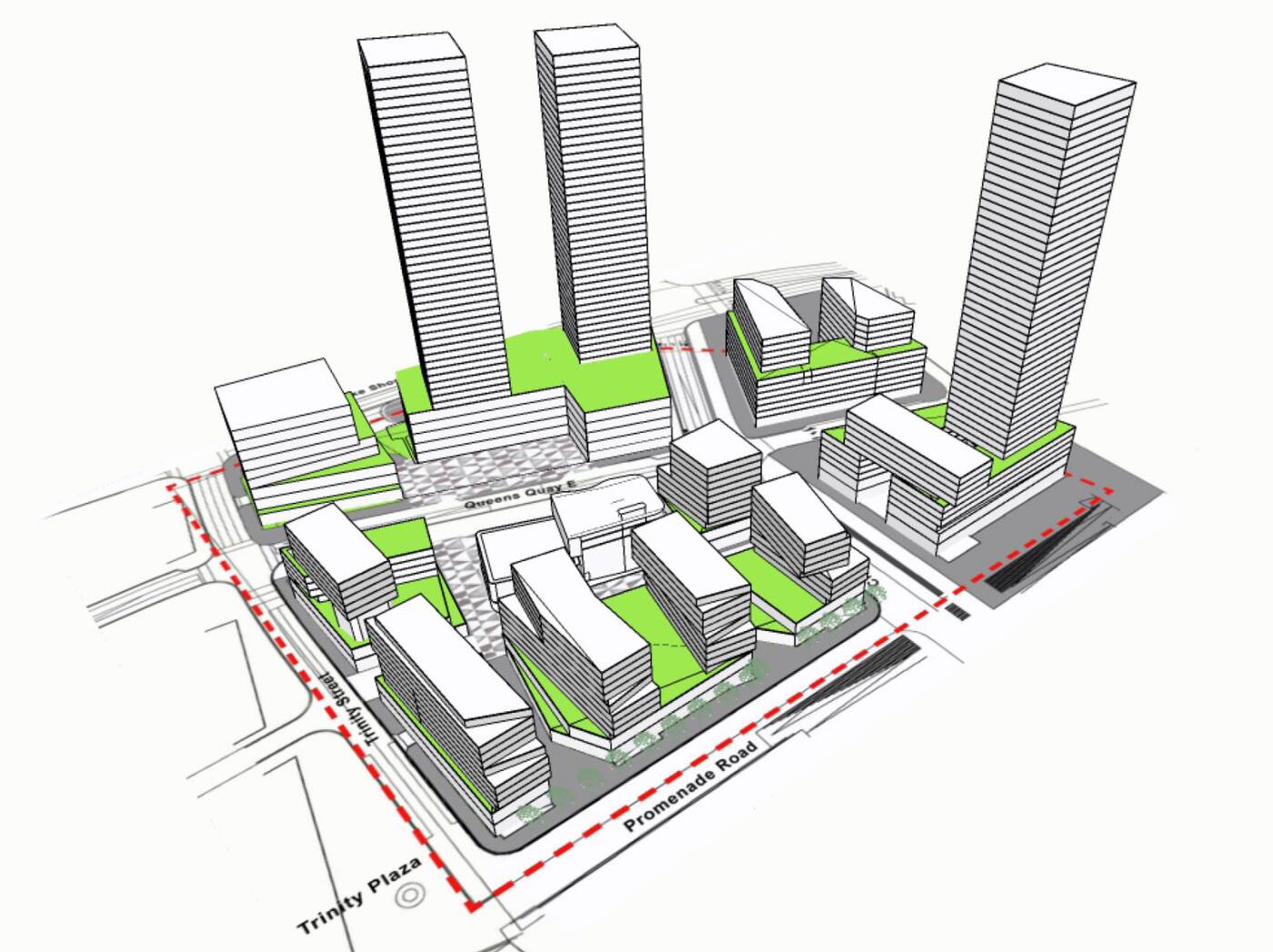 The most substantial of these is the 3C project, which will rise to the west of Cherry St. along Queens Quay. A proposal for a major redevelopment here have been on file since 2013, but as Urban Toronto reports, planning for the site has recently been refined.

Plans for the sprawling site envision three tall towers alongside a host of mid-rise buildings. Collectively, the development will be home to residential, retail, and office space, as well as a new public plaza to be designed by Claude Cormier and Associates.

The development would also witness a major revamp to the street grid leading into the Port Lands, with extensions to Queens Quay and Cherry St. along with new roads to frame the project. This would go a long way towards linking the burgeoning Bayside community with the Port Lands. 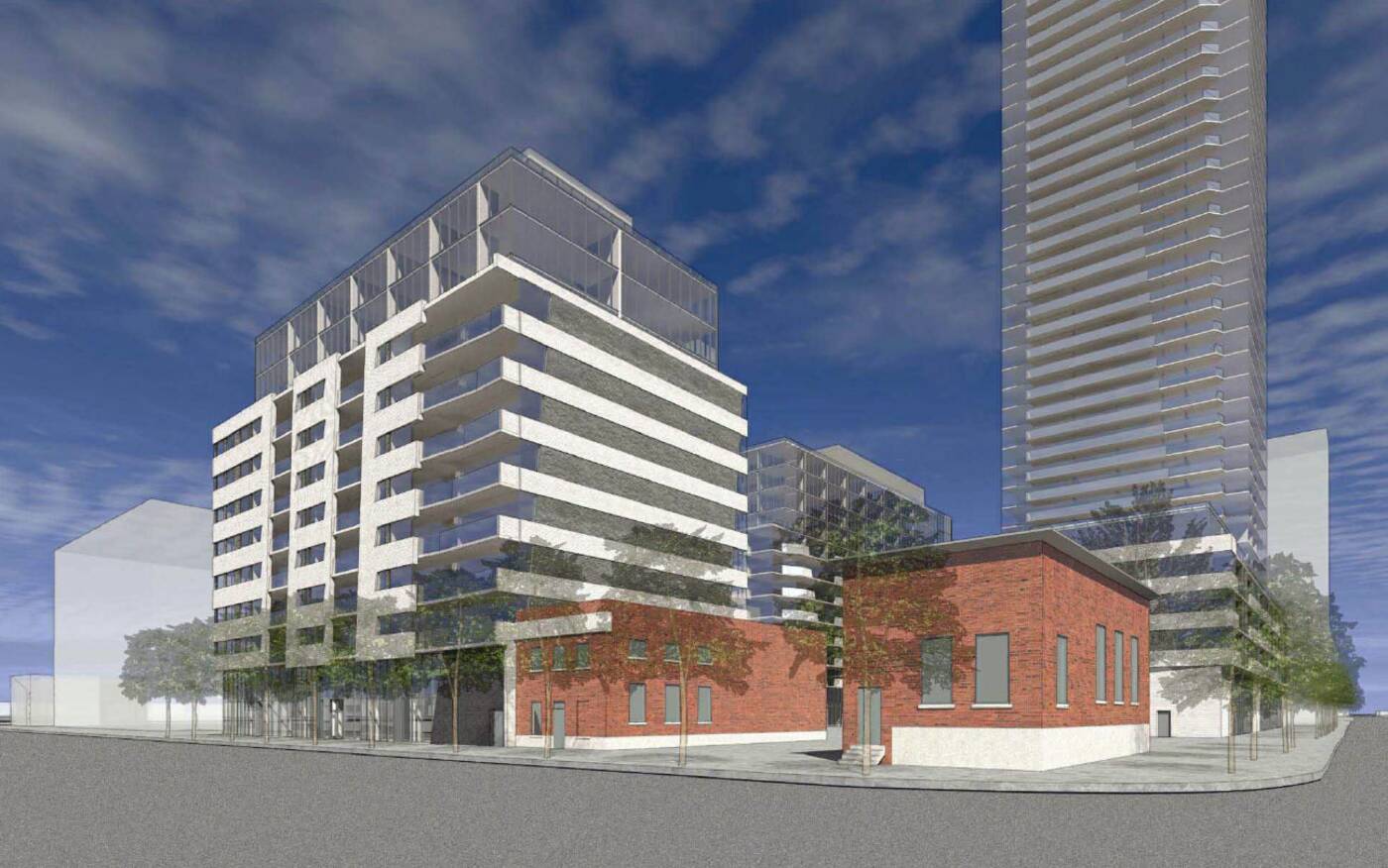 It would also position Cherry St. as major thoroughfare linking various tall building projects. Immediately to the southeast, across the Keating Channel, Castlepoint Numa has another significant project in the works, this time on its own.

The developer is looking to build a series of condos (the tallest of which would be 52 storeys) along Cherry St. in between Villiers and Commissioners streets.

This one is already caught in planning limbo based on its proximity to the flood protection area, but it signals a possible future for the area as a densely populated hub served by a suddenly very important Cherry St.

Pressure is growing to accelerate the redevelopment of the Port Lands, even as much is left to be done to prepare the area for the type of density it might have in store.

There's been a sense that at some point a switch will be flipped and construction will begin en masse, but these active proposals tell us that the process will be more gradual, even as it has already begun.