Honest Ed's sign to be moved near Yonge and Dundas

“I’m delighted to announce that we have found a way to move the 30-foot-tall by 60-foot-wide Honest Ed’s sign from the corner of Markham and Bloor streets to the Ed Mirvish Theatre in the Yonge/Dundas neighbourhood,” says Mirvish in a press release.

The whole sign can't be saved, but this portion will be dismantled and moved to a warehouse where it will be refurbished before being attached to a metal structure at the theatre. 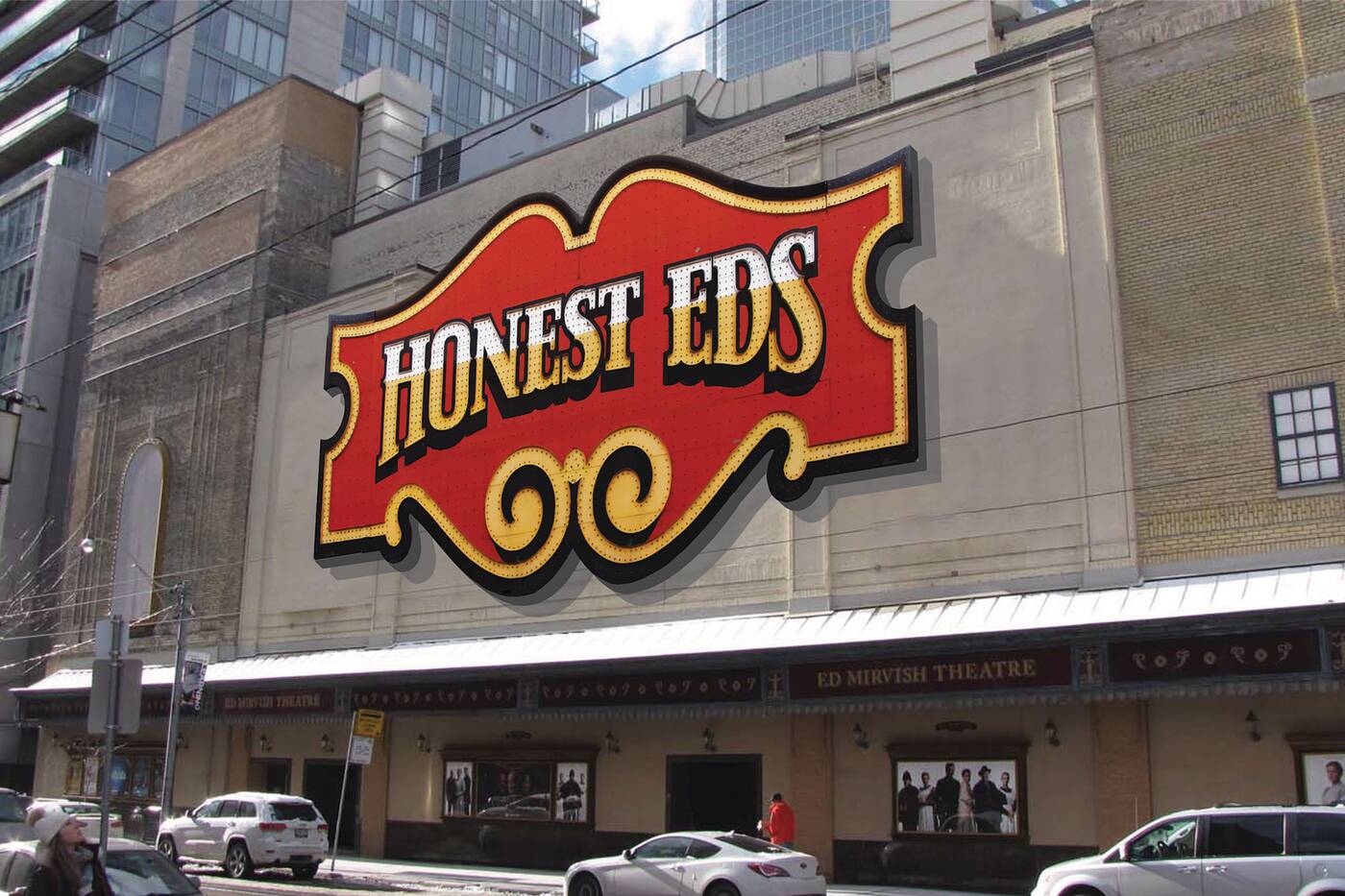 "It is fitting that a sign from the original store that made it possible for my father to become involved in theatre will now grace the venue that is named for him," Mirvish explains.

While the theatre has a Yonge St. entrance, the sign will be installed facing Victoria St. where Mirvish says there has always been signage.

Beyond just saving the sign, what's so nice about this is that the site of its future re-installation makes so much sense. David Mirvish had taken some heat for the perception that he hadn't done enough to preserve Honest Ed's legacy, but this will likely put such talk to rest.