What the Brunswick House will look like as a drugstore

If you frequented the Brunswick House, you probably don't really remember what the interior looked like. But now that it's almost a Rexall drugstore, you might be able to jog your memory.

That's because the company is keeping many of the Brunny's interior features intact. According to Rexall spokesperson Derek Tupling, it's retaining the original chandeliers, tin roof and rather iconic Ye Olde Brunswick House sign.

The Rexall team worked with the city's heritage preservation division in order to respect the history of this nearly 150-year-old building.

“We wanted to design a store or create a store that captured the local heritage of the community,” Tupling tells us. 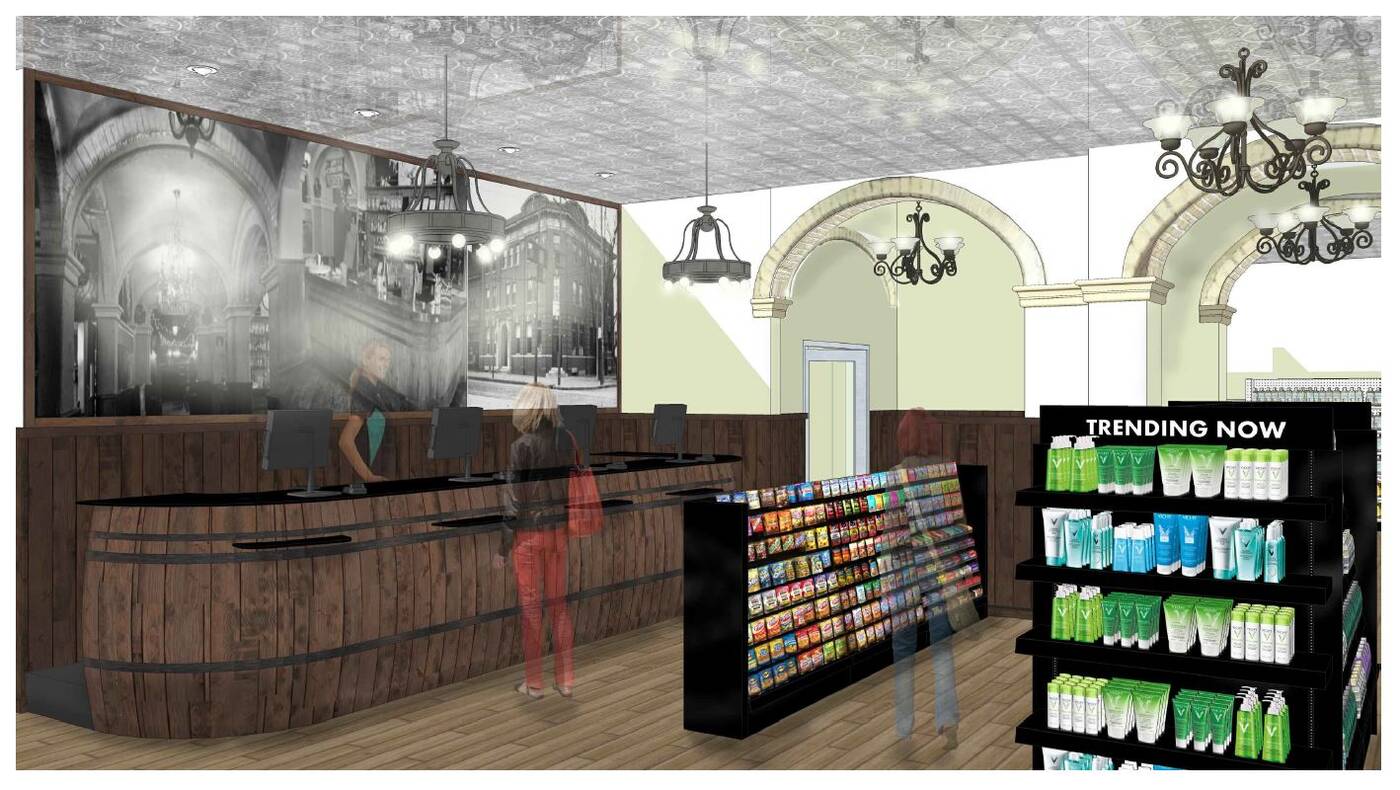 One of the most noteworthy features of this newfangled Rexall is the check-out area. It incorporates the old keg barrel bar.

“When you go through the store and you get all your stuff and go through the check out, the bar that you used to order your drinks on, that’s the one where you’ll be checking out,” Tupling explains.

While picking up a deodorant, shampoo, body wash and a loofah might not be quite as exciting as grabbing a shot at the bar, at least this part of the spirit of the Brunny will live on.

This Rexall has certainly caused some amount of controversy, but it's definitely not the first big name brand to move into the Annex. It already has a Starbucks, David's Tea, Aroma and Chipotle, so perhaps it's just part of a trend.

The Brunny Rexall is slated to have its soft opening on March 1.