This is what Toronto's newest TTC station looks like

With an opening date set for the end of the year, it might seem like the latest addition to the Toronto subway system is still a ways off, but work is steadily proceeding on the final stages of the TTC's Spadina Extension.

Tunnel boring for the line was completed all the way back in November 2013, and in spring last year, the TTC celebrated the completion of its installation of track along the 8.6 kilometre route. 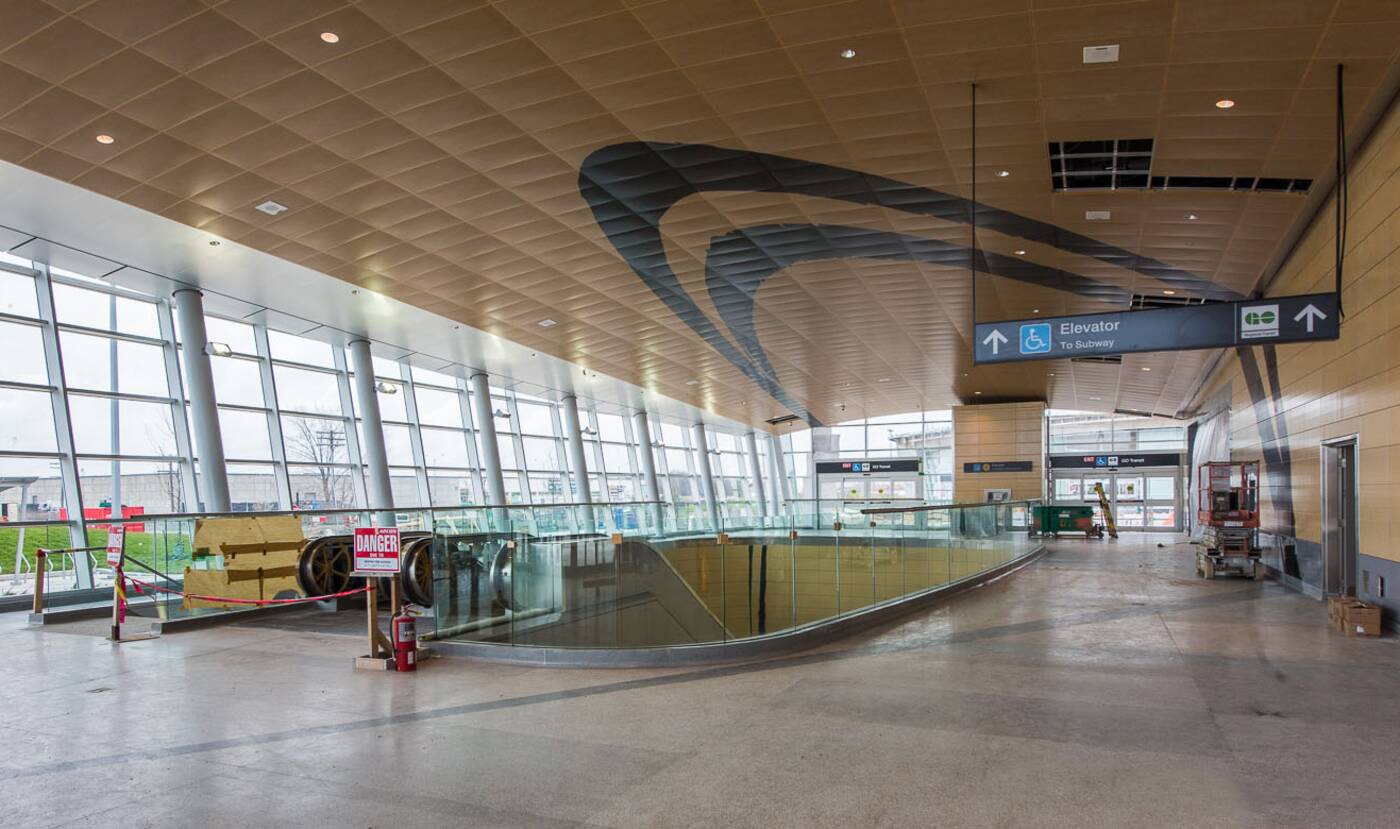 It's easy to forget that all this is happening because so much of it takes place underground, but there are also obvious signs that the work is entering its final phase in the form of the stations themselves.

Students at York are treated to a tantalizing view of the stunning station taking shape at the heart of its campus, but perhaps even more exciting is that fact that Downsview Park Station is already almost entirely complete. 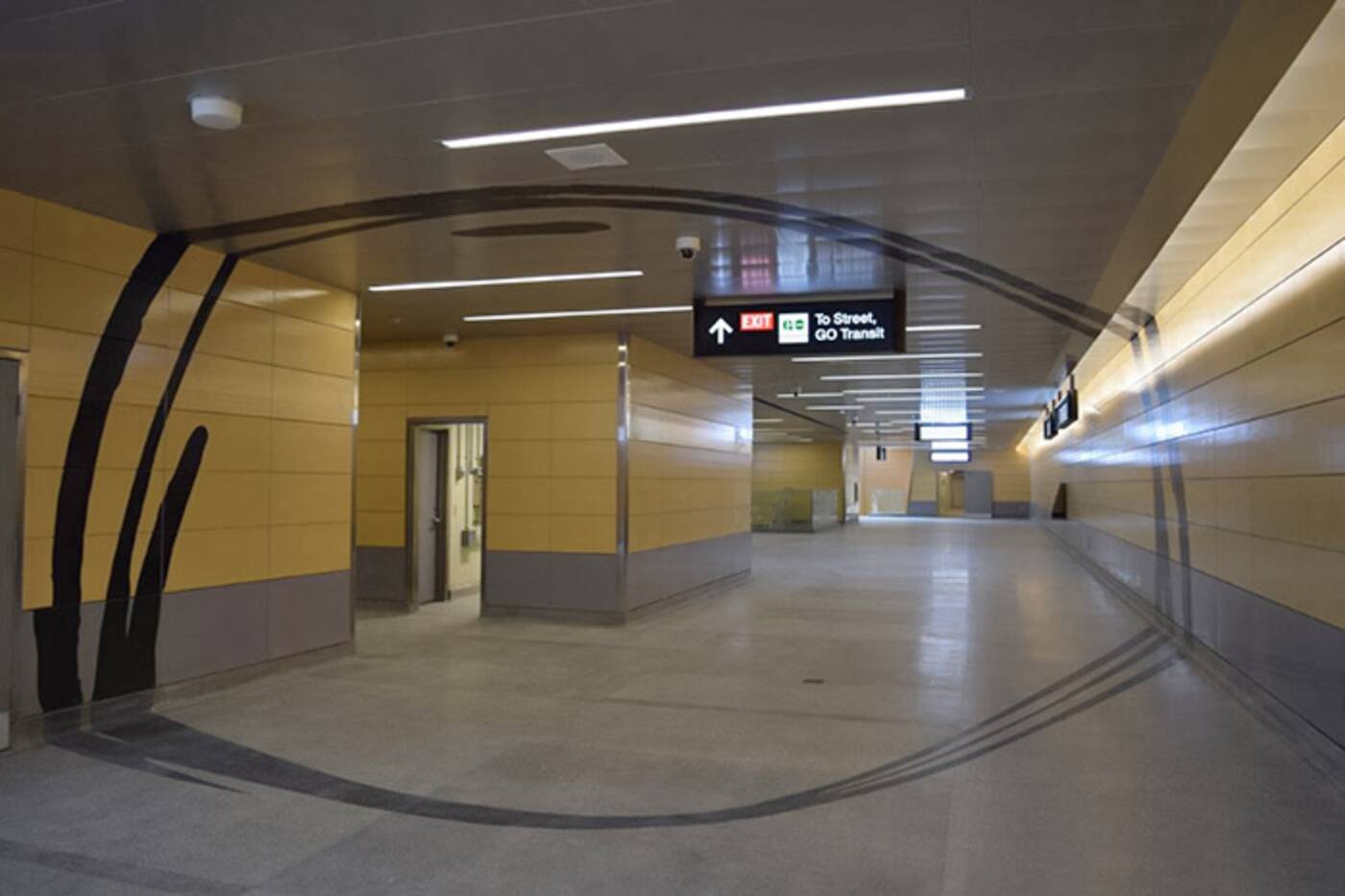 Public art is featured at each station of the Spadina Extension. Photo courtesy of the TTC.

In fact, the first stop on the new line seems a bit like a ghost station right now: almost fully functional but abandoned. Really, though, it's just waiting for a few finishing touches and the rest of the line to be completed before it will enter into service.

The latest work on the station includes the installation of PRESTO fare gates to give you an idea of just how close it is to being service-ready.

Downsview Park is a far cry from the original stations on the Yonge Line. It's big, bright, and features a green roof. There's also public art by Panya Clark Espinal called Spin throughout the station. 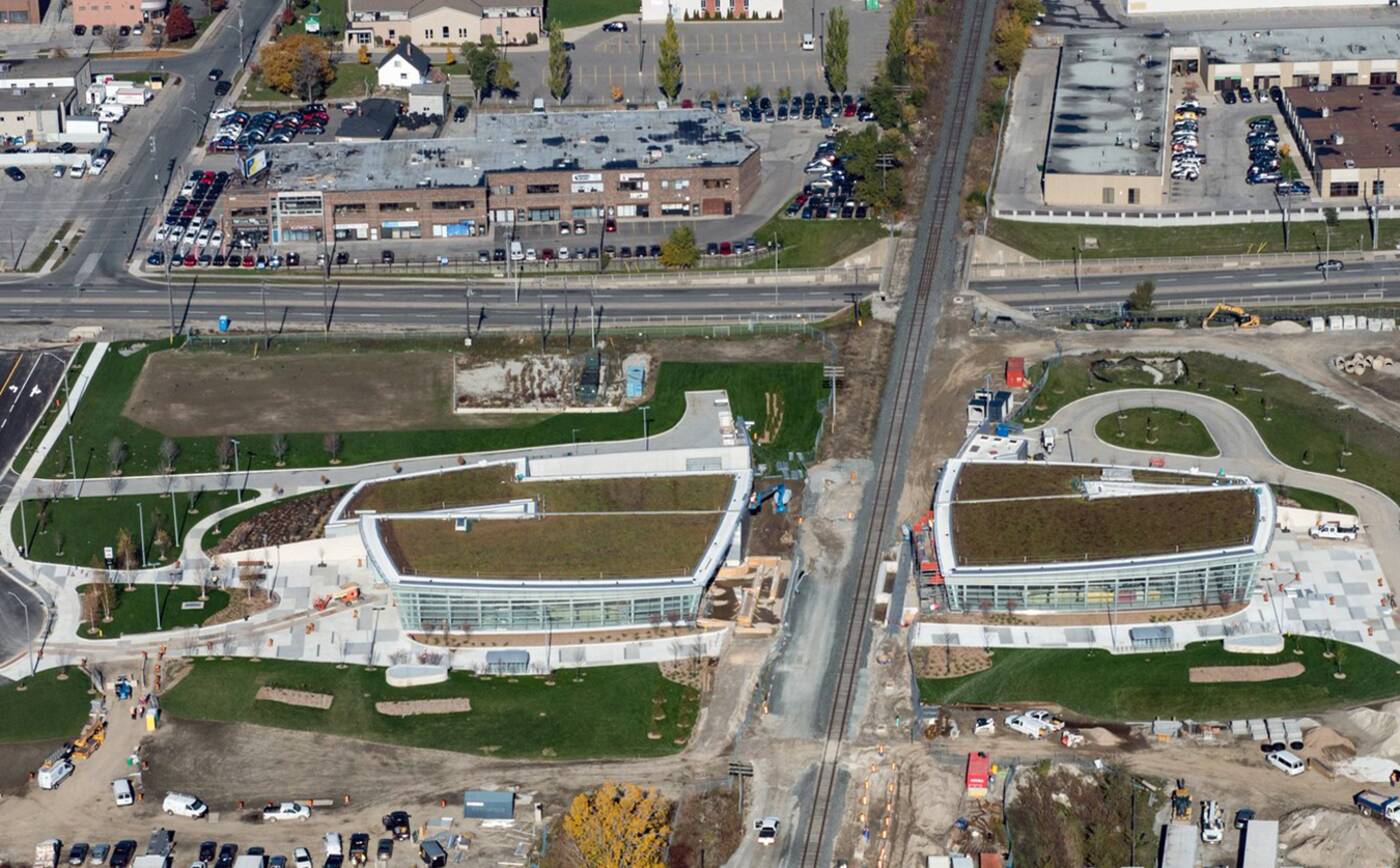 There's ideal integration with GO Transit here as well, as the regional transit agency is building a twin-like station adjacent to the TTC stop. This will be a new transit hub when it opens at the end of the year. 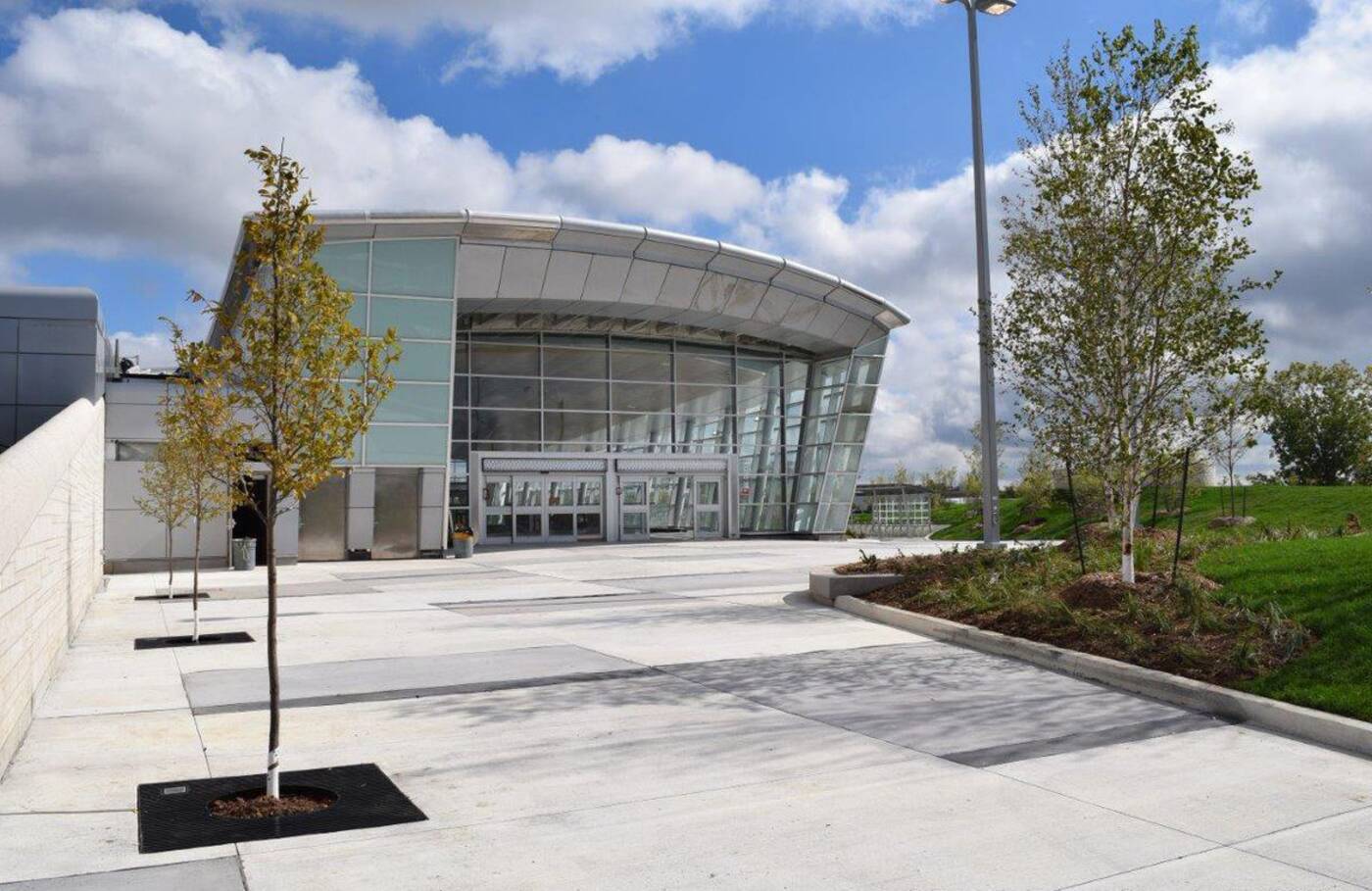 More work is left to be done on other stations along the line, but much progress has been here as well. Photos of the project posted by the TTC show that they've really taken shape over the course of the last year. 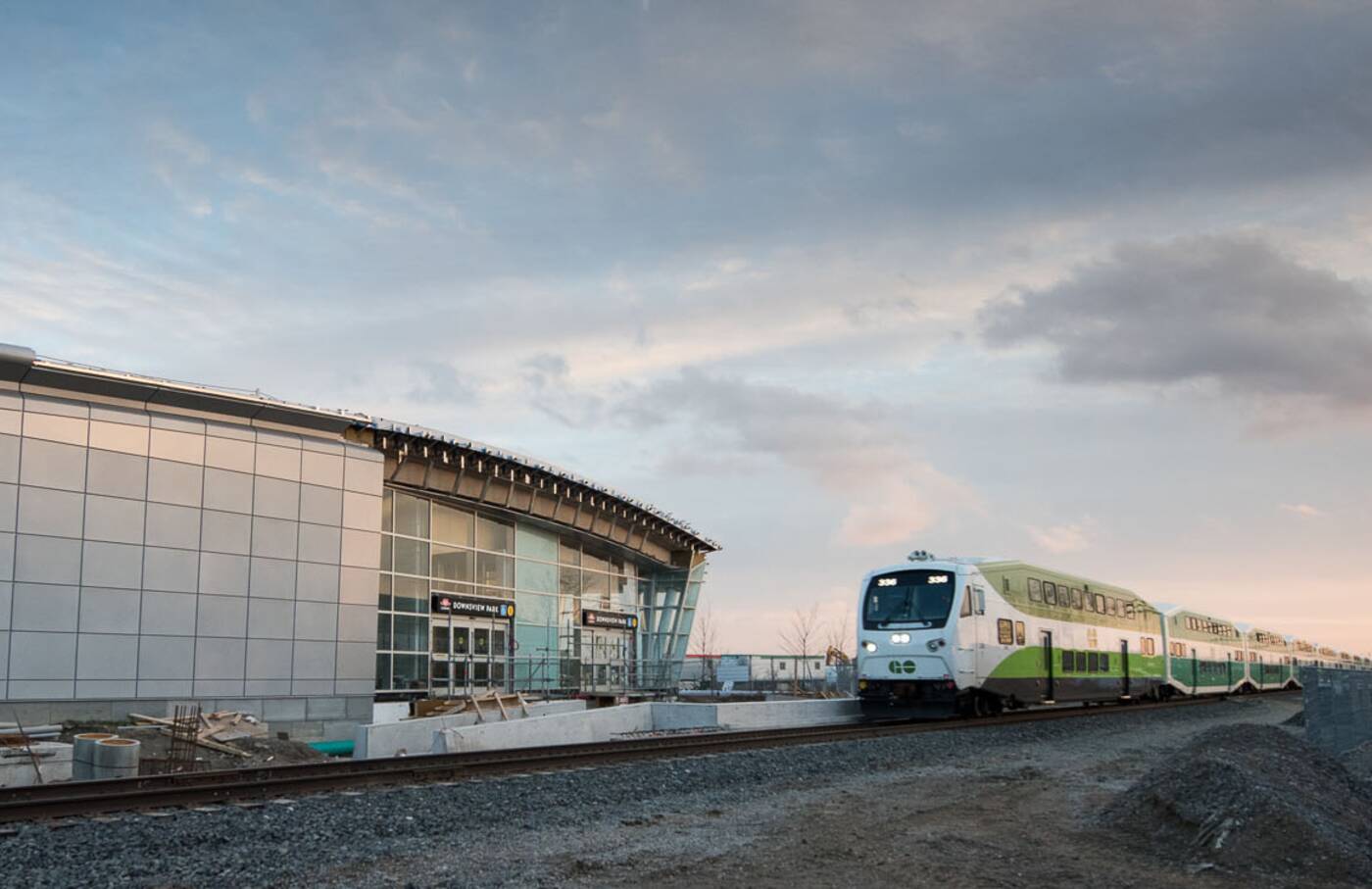 There's plenty more transit infrastructure we need in Toronto, but it's certainly exciting to see this project enter its final stages.