This is what Wellington Street used to look like in Toronto

Wellington Street tends to get lost in historical overviews of Toronto, wedged as it is between Front and King streets.

And yet, if you go far enough back, it's obvious that it was every bit as important to the burgeoning city, particularly as it plays a role in one of our most famous intersections. 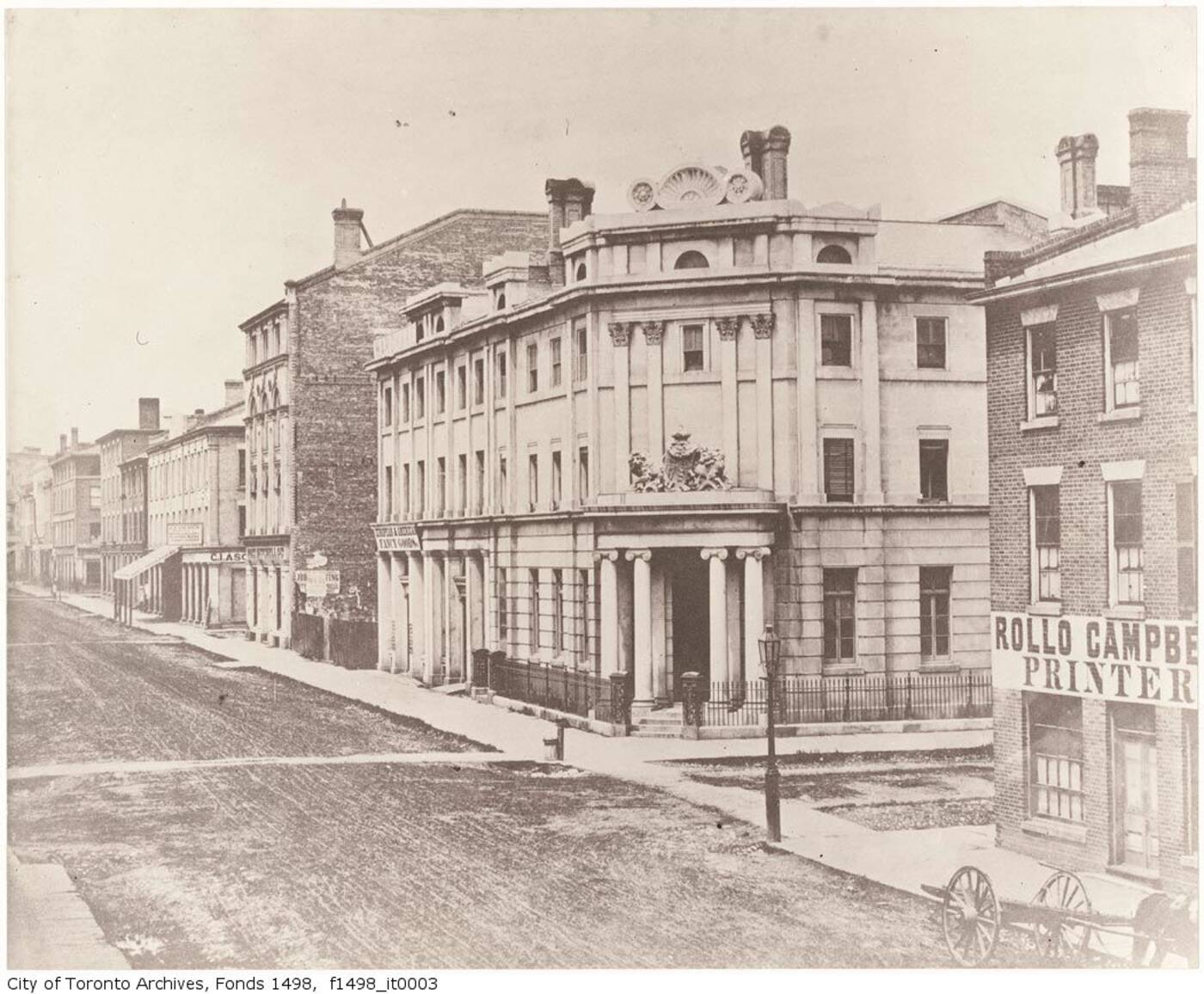 The Bank of British North America, northeast corner of Yonge and Wellington, 1856.

Is there a more iconic historical building in Toronto than the Gooderham Building, our own Flat Iron? 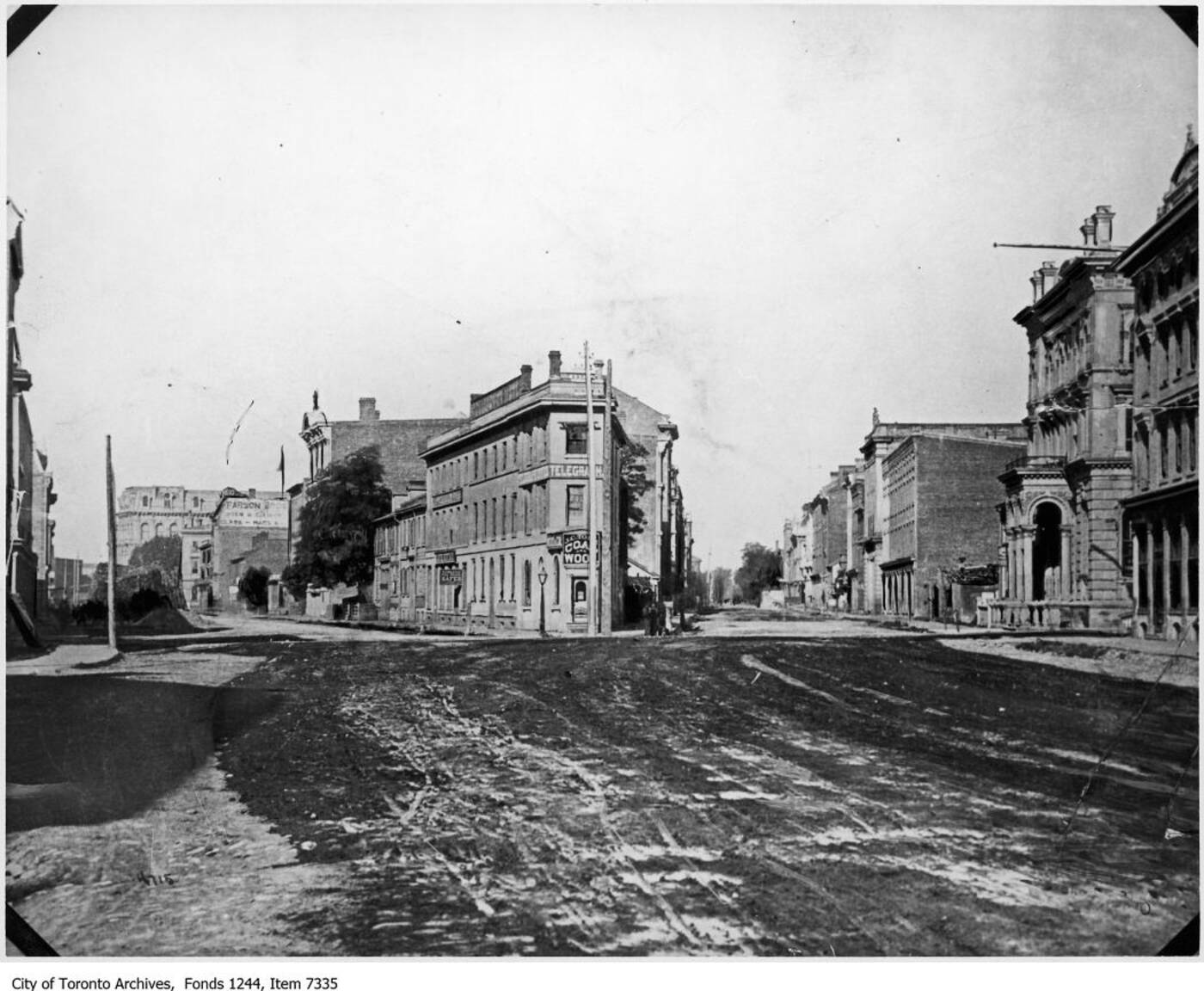 The Coffin Block (precursor to the Gooderham/Flat Iron Building), 1872.

It'd be tough to live in the city for too long without confronting this red brick marvel, constructed in 1892. 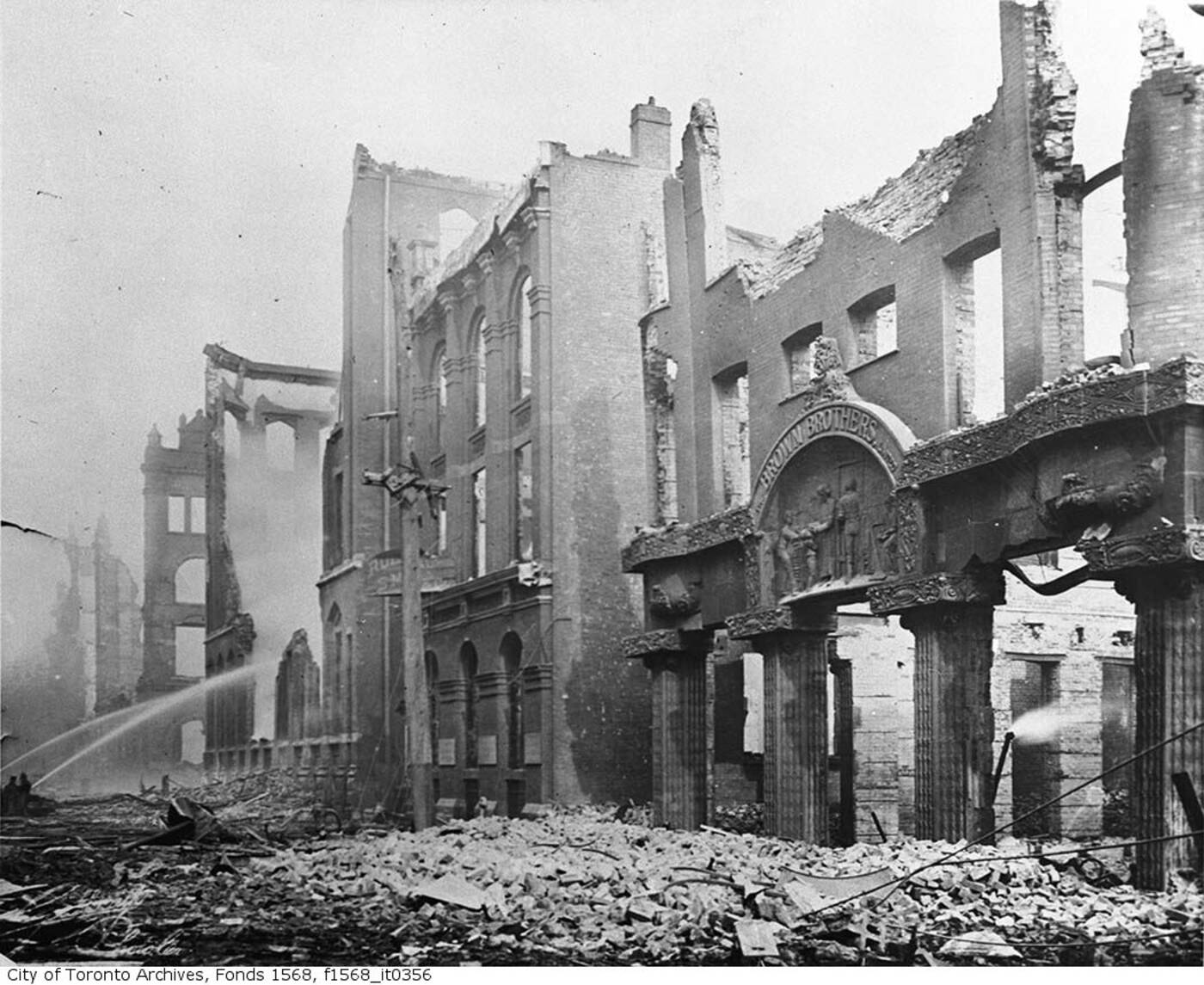 Aftermath of the Great Toronto Fire of 1904, Wellington and Bay streets.

Apparently George Gooderham Sr. could see to his distillery from the office on the top floor at the turn of the century. 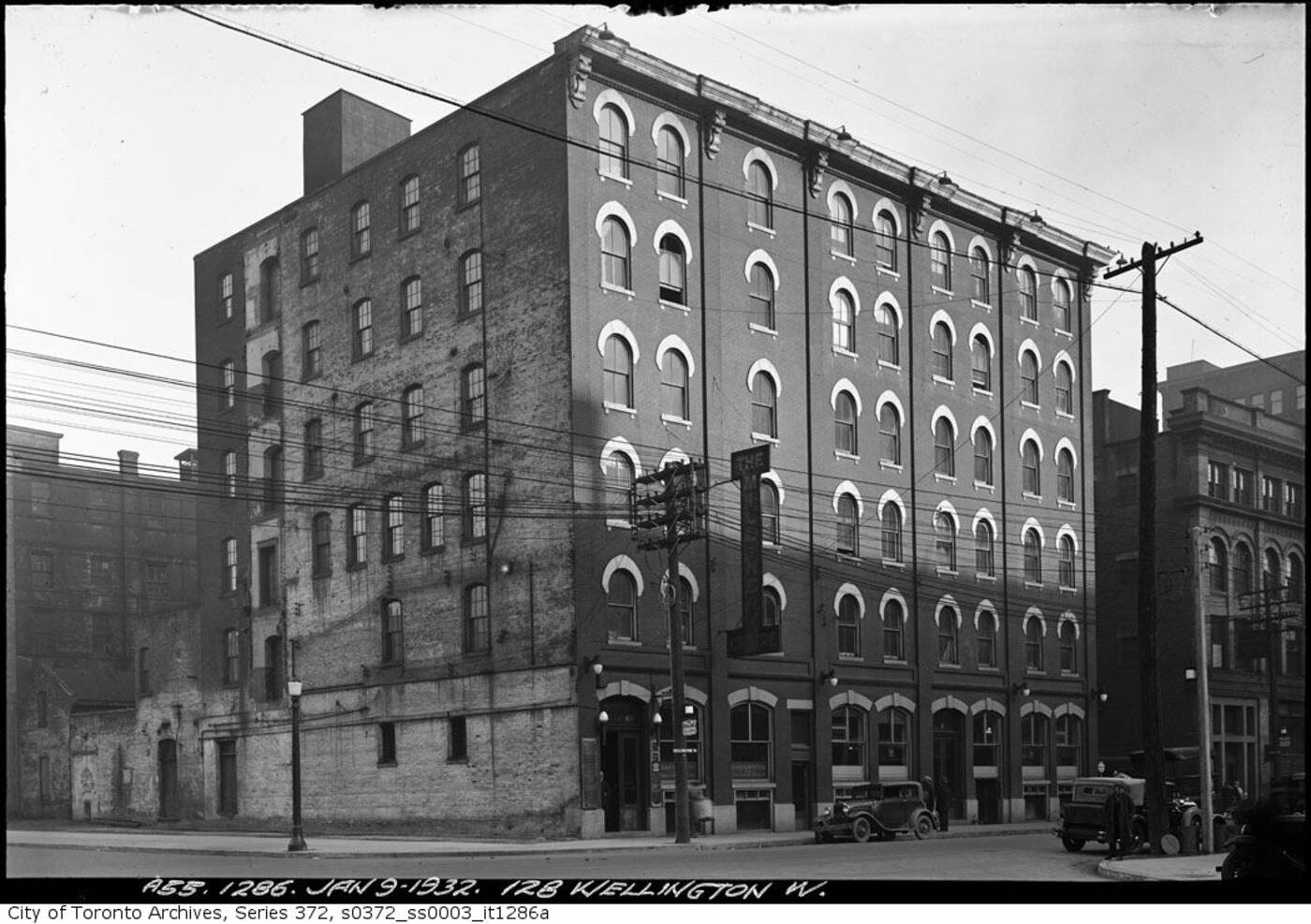 It wasn't the first building at this intersection with such a footprint, though. The first three-storey iteration dates back to before 1838, and was called the Coffin Block. 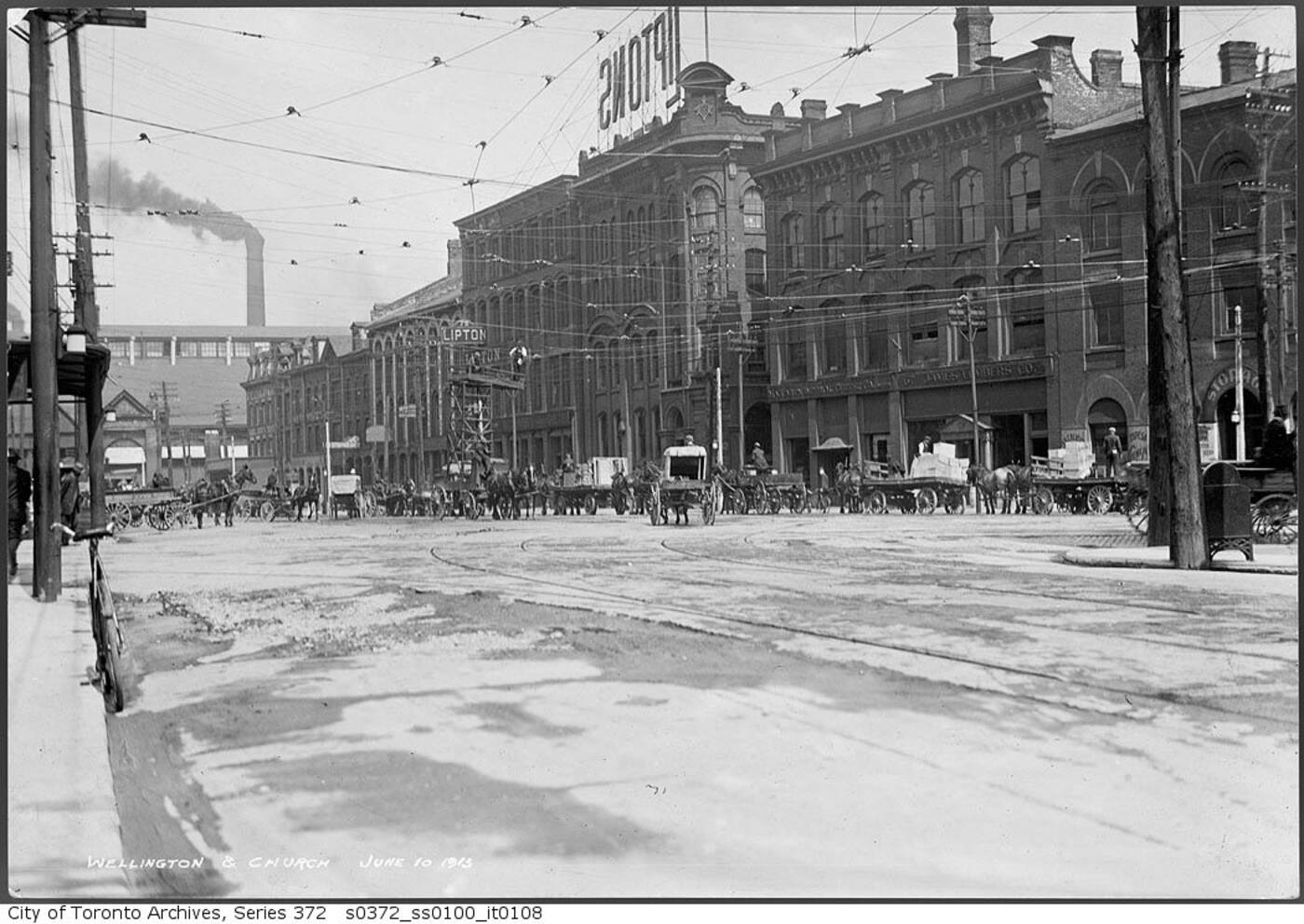 Looking east from Church and Wellington, 1913.

We live with the remainder of this idiosyncratic cartography and recognize it implicitly with things like the recent Berzcy Park revitalization. 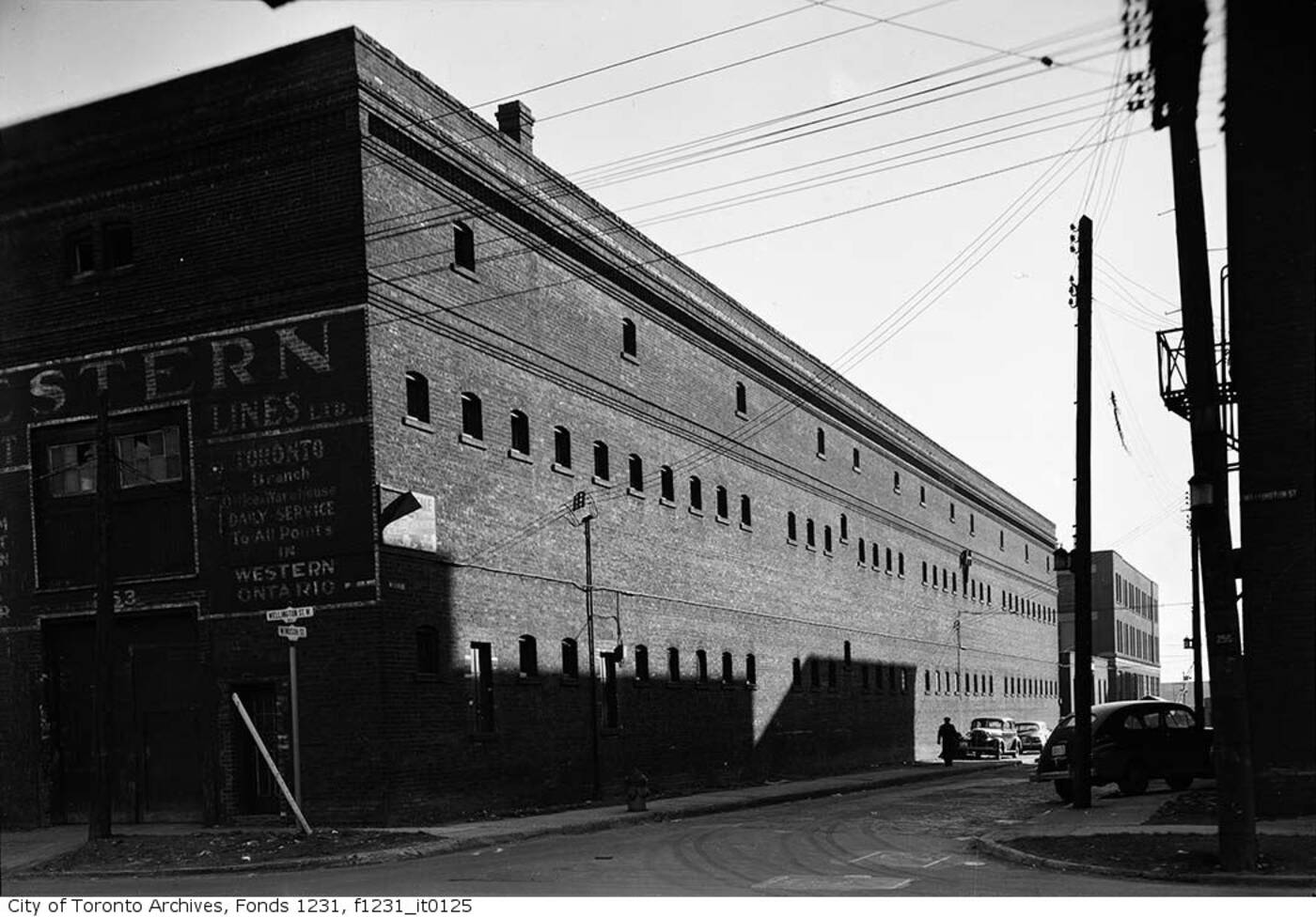 But, of course, Wellington's importance extends beyond this intersection. The street was one of the major victims of the Great Fire of 1904. 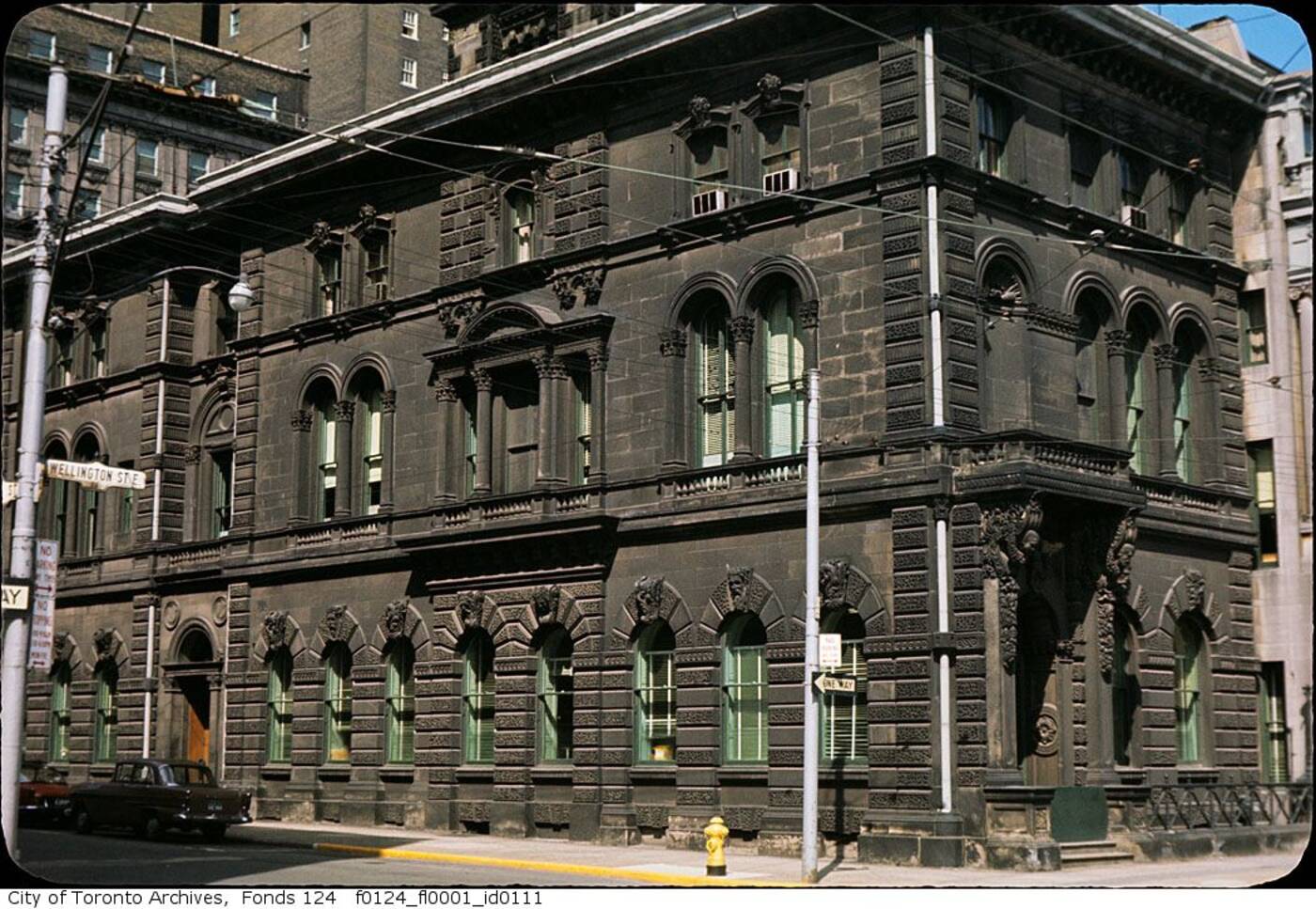 The event would reduce the city rubble, and the street would never be the same through its central section. 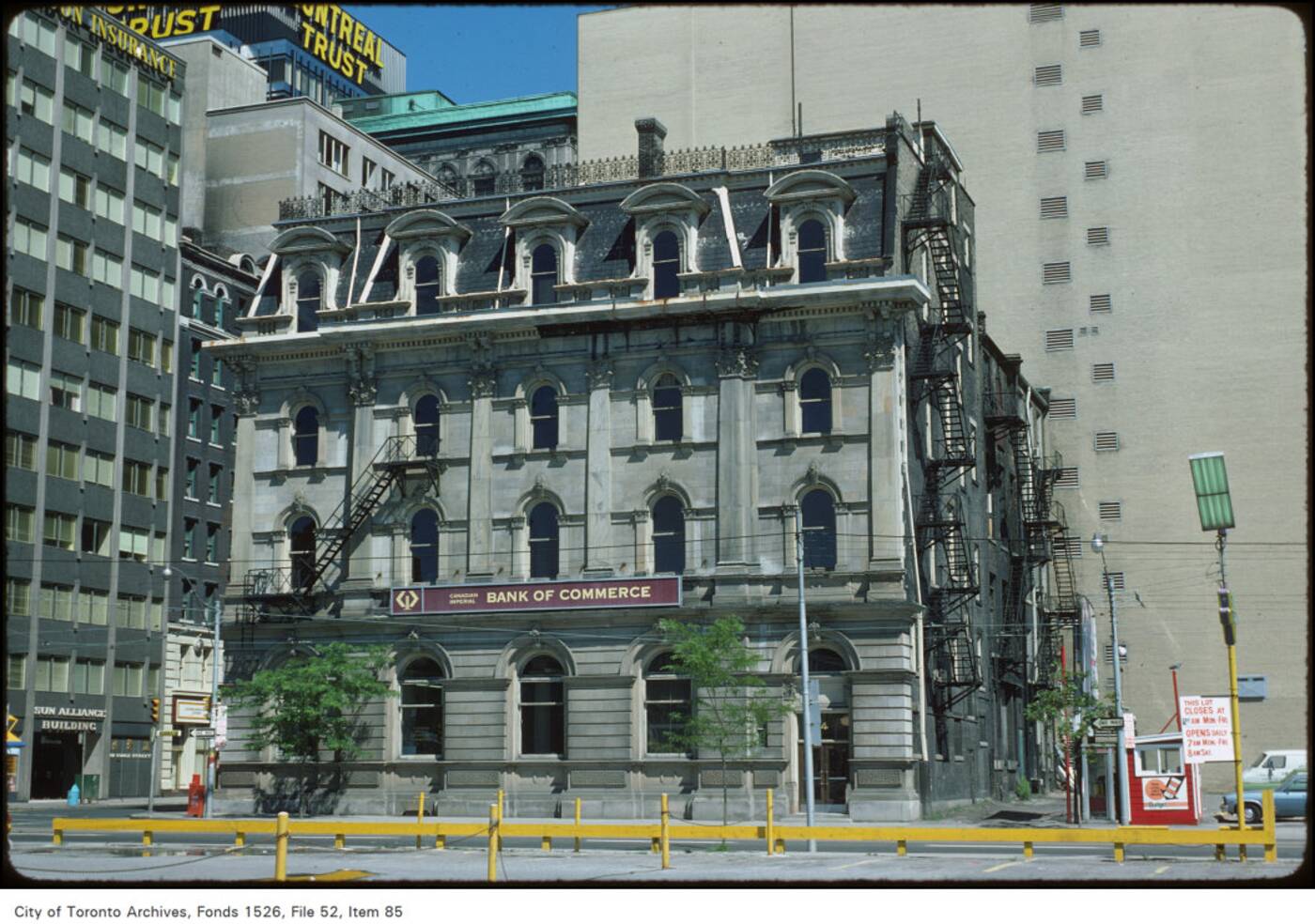 Wellington was rebuilt through the core, but the biggest changes the street witnessed came decades later, when its western reaches were redeveloped as the density of downtown pushed westward. 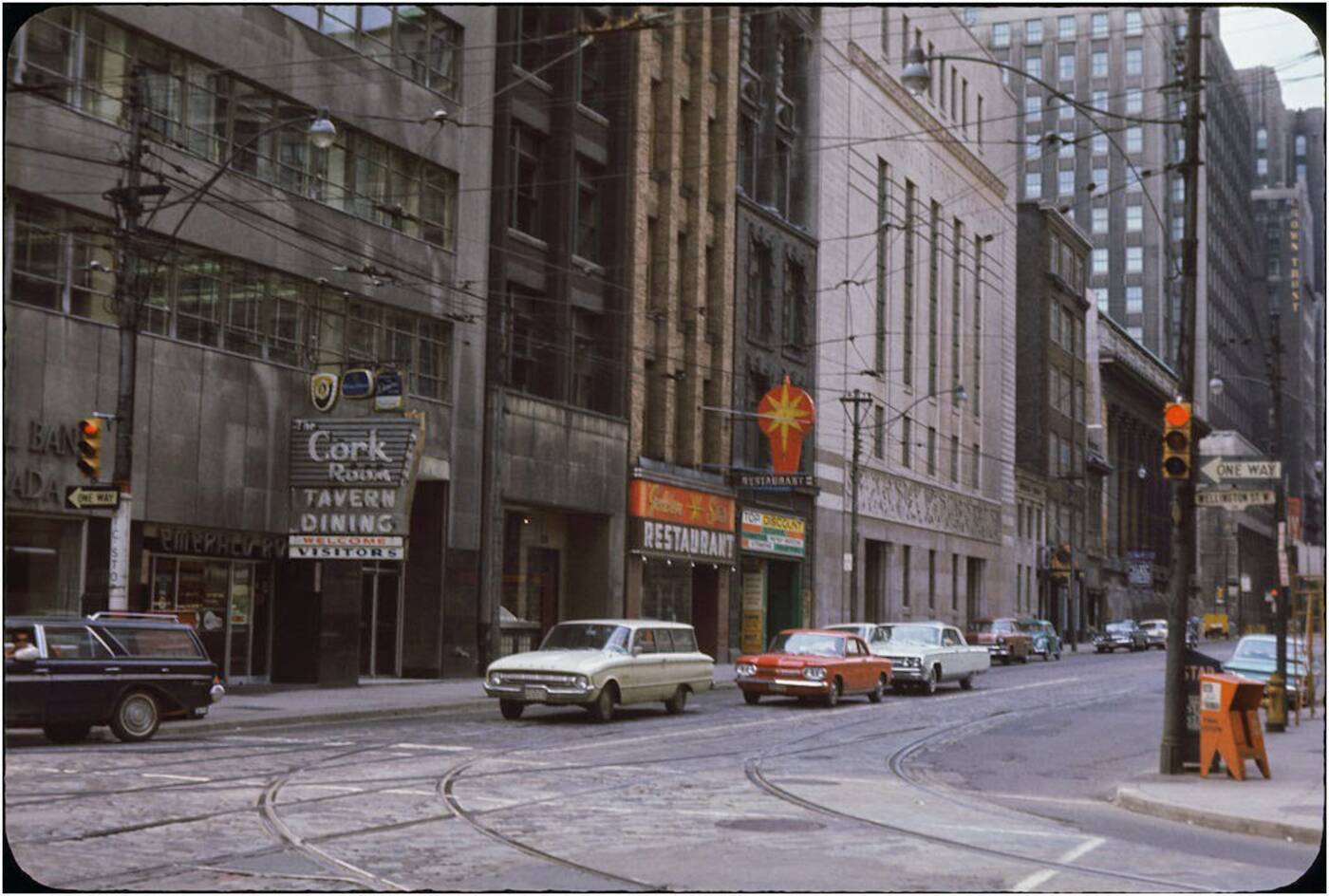 The view towards downtown in the 1970s and 1980s showed a parking lot-strewn path toward the Financial District that seems completely foreign now. 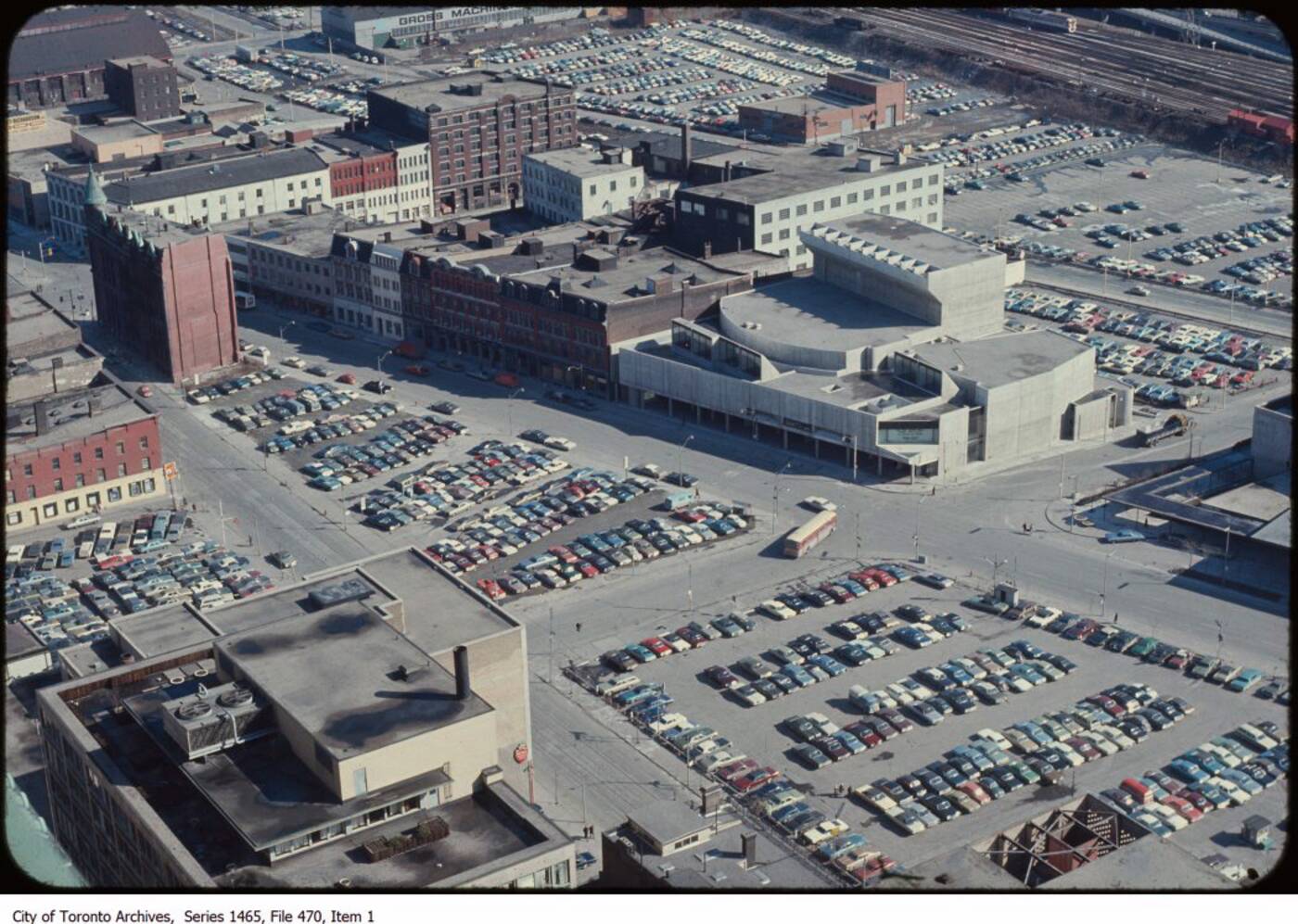 This was before the CBC Building filled the souther part of the frame, and the eventual rise of South Core. 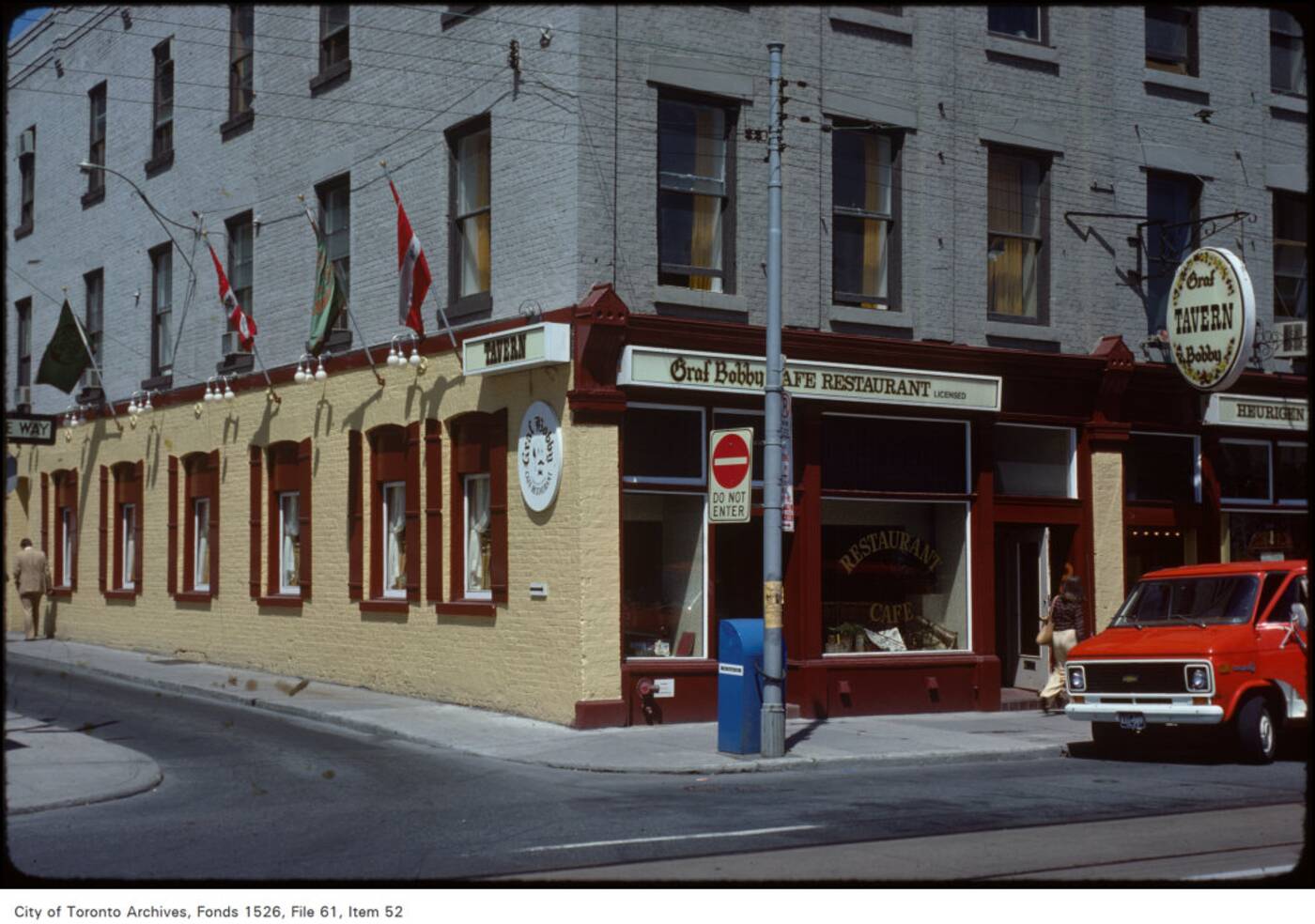 It's actually quite stunning, this empty Toronto along Wellington. What is this city with so much space? 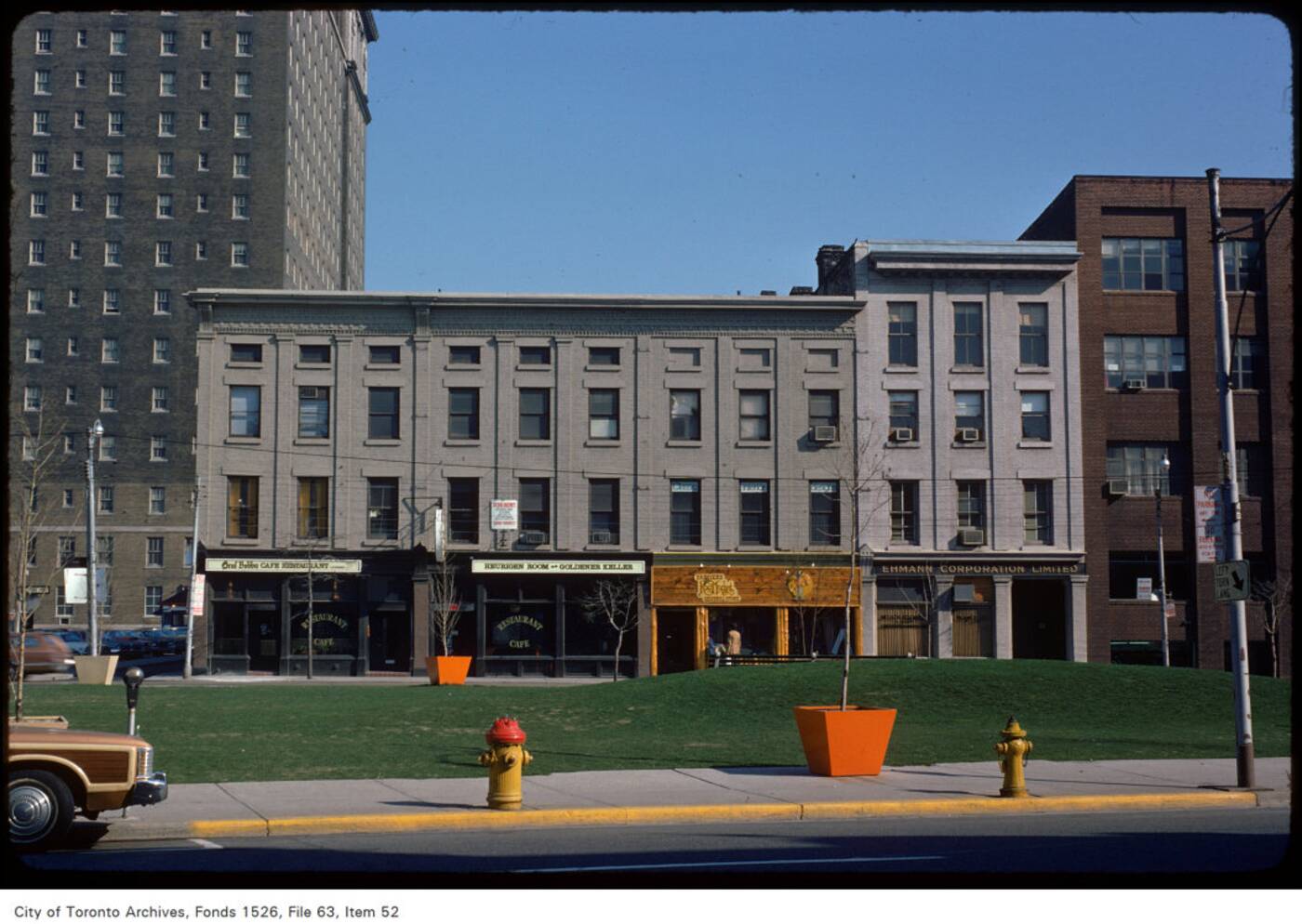 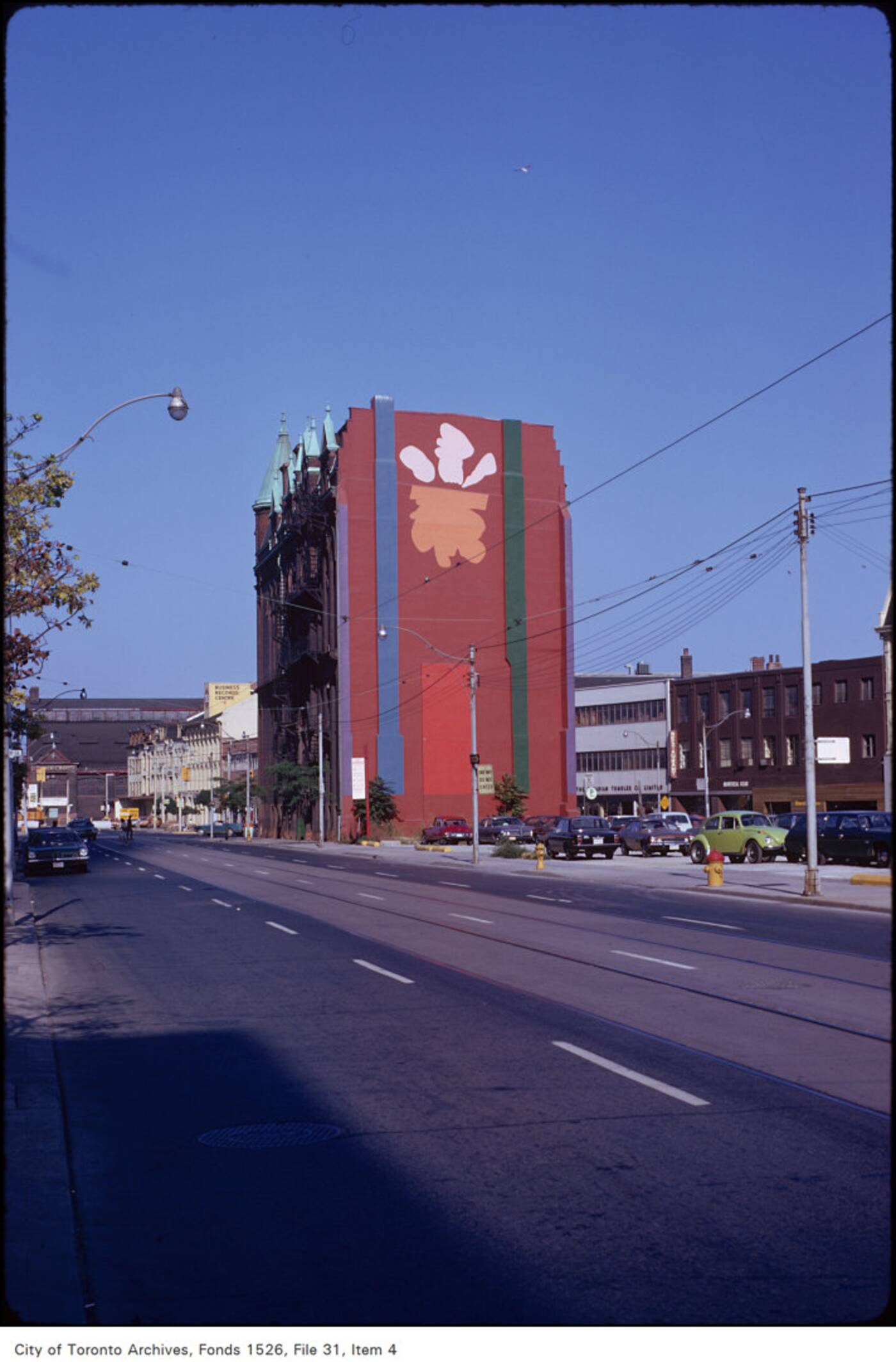 The beginnings of Derek Michael Besant's mural at the rear of the Gooderham / Flat Iron Building, 1979.