Toronto is making a big push to upgrade its libraries

Toronto's public library system is in the midst of a major transformation. Already one of the city's most important cultural assets, our network of libraries is being reinvented to incorporate more social and multi-use learning spaces as well as technology hubs designed to keep local branches relevant.

New libraries added to the system over the last few years have shown off stunning architecture and a whole new way of thinking about the role of the library in urban culture, but the process isn't restricted to new branches.

A number of our aging libraries are in the midst of makeovers that will breathe life into the communities that they serve. 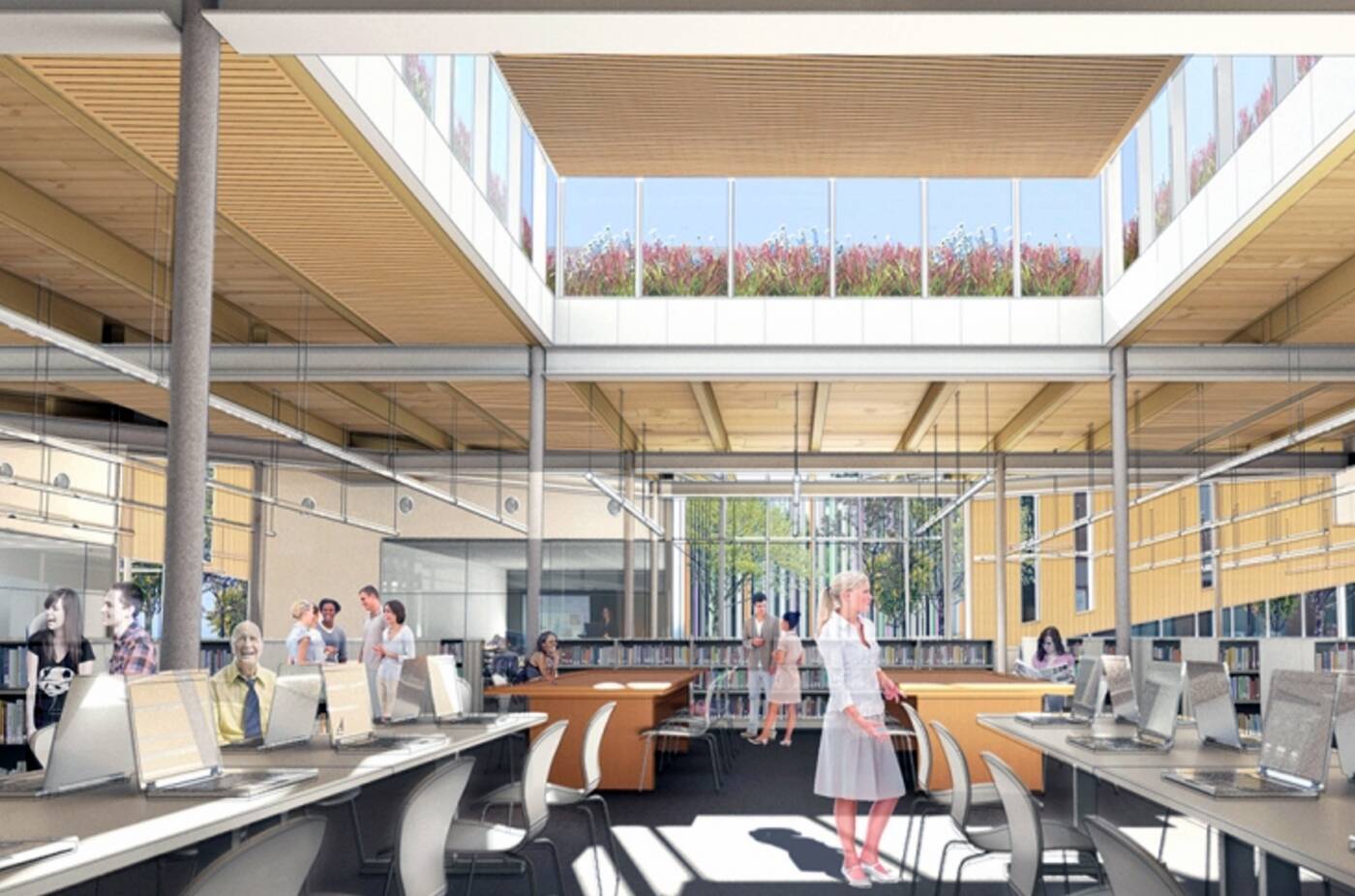 Perhaps the most stunning of these upgrades is happening at the TPL's Albion Branch, where architecture firm Perkins + Will have designed a stunning new building immediately adjacent to the existing branch that dates back to 1973.

By using the parking lot as the site of the replacement, it was possible to keep the original branch in operation throughout the construction process, which is entering its final stage. The new building is expected to open in fall of this year.

When it does, it'll feature a far more robust computer area, a technology centre complete with a 3-D printer, a specially designed kids area, and a social space being dubbed the "urban living room." 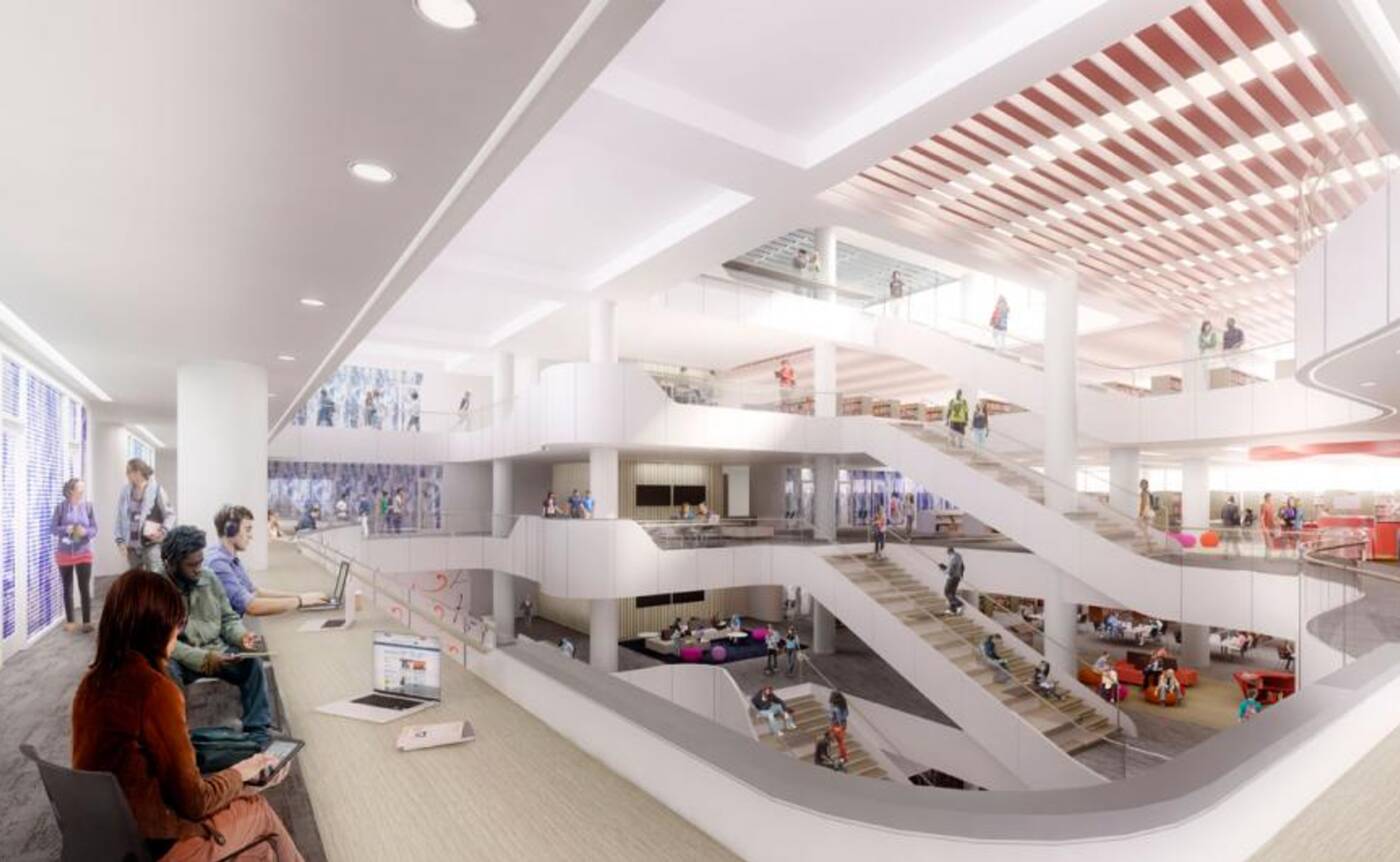 Similar upgrades are coming to another branch that's seen better days. The Raymond Moriyama-designed North York Central branch is still a stunning building with its seven storey atrium, but being the second busiest branch in the system, it was deemed a priority to upgrade its features and some of the finer points of the design.

The list goes on. No less than seven branches are currently undergoing renovation efforts, including Agincourt, Eglinton Square, Runnymede, St. Clair/Silverthorn, and Wychwood. In each case, the goal is the same: to modify the existing space to serve more as a community hub rather than merely a quiet place to study or read.

It's worth mentioning two other branches with makeovers in store. Bayview will be changing locations from the shopping centre to a new spot in the Bessarion community centre, which will prove a major upgrade and signals the type of thinking that informs the TPL's update strategy. 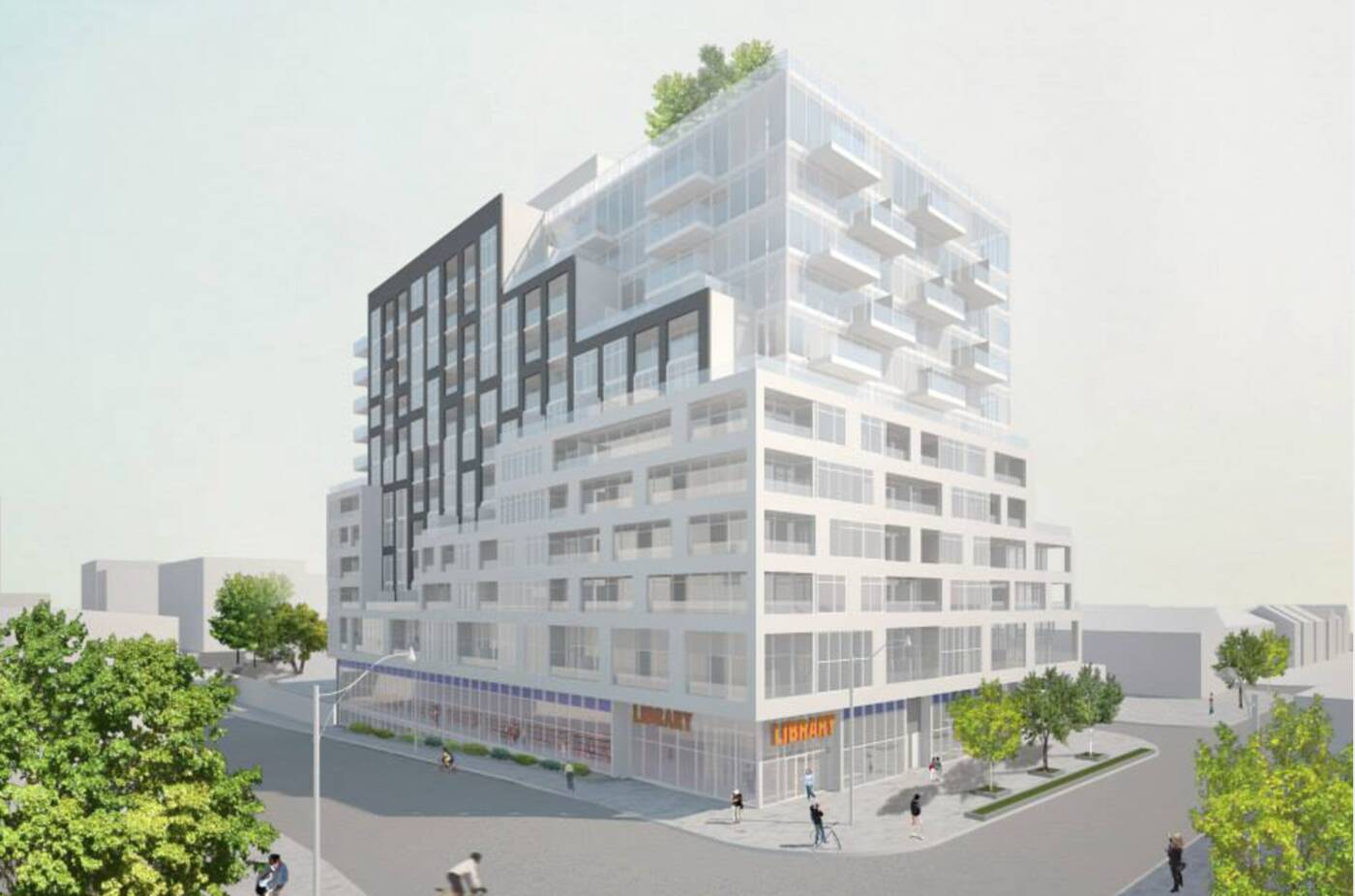 The site of the future Perth branch at 299 Campbell. Rendering via Teeple Architects.

The Perth branch is in for what might be the most significant upgrade of all. Currently the second smallest library in the system, it will eventually be relocated to a condo at Dupont and Campbell streets from developer TAS and Teeple Architects.

This new branch will be far bigger and prove a major community hub in the Junction Triangle, which could use just such a cultural amenity along the Dupont corridor, especially with an onslaught of other condos on the way.

If your local branch hasn't been updated, it might seem like the very idea of an extensive library system is outdated. But the TPL has made major strides over the last half decade to modernize its branches, efforts that are starting to show across the network.