Mirvish Village joins a history of lost neighbourhoods in Toronto

With Honest Ed's officially closed, the days are numbered for the tiny neighbourhood that bears the name of its founder. Mirvish Village tenants have until the end of the month to vacate their businesses before redevelopment of the site into a sprawling new rental complex can begin.

When construction begins, the area will join a host of others in Toronto that have been lost to the march of progress. Cities don't grow into modern cosmopolitan juggernauts without some collateral damage, but it's also important to remember the way things were if only to understand how Toronto became what is today and to imagine where it might be going. 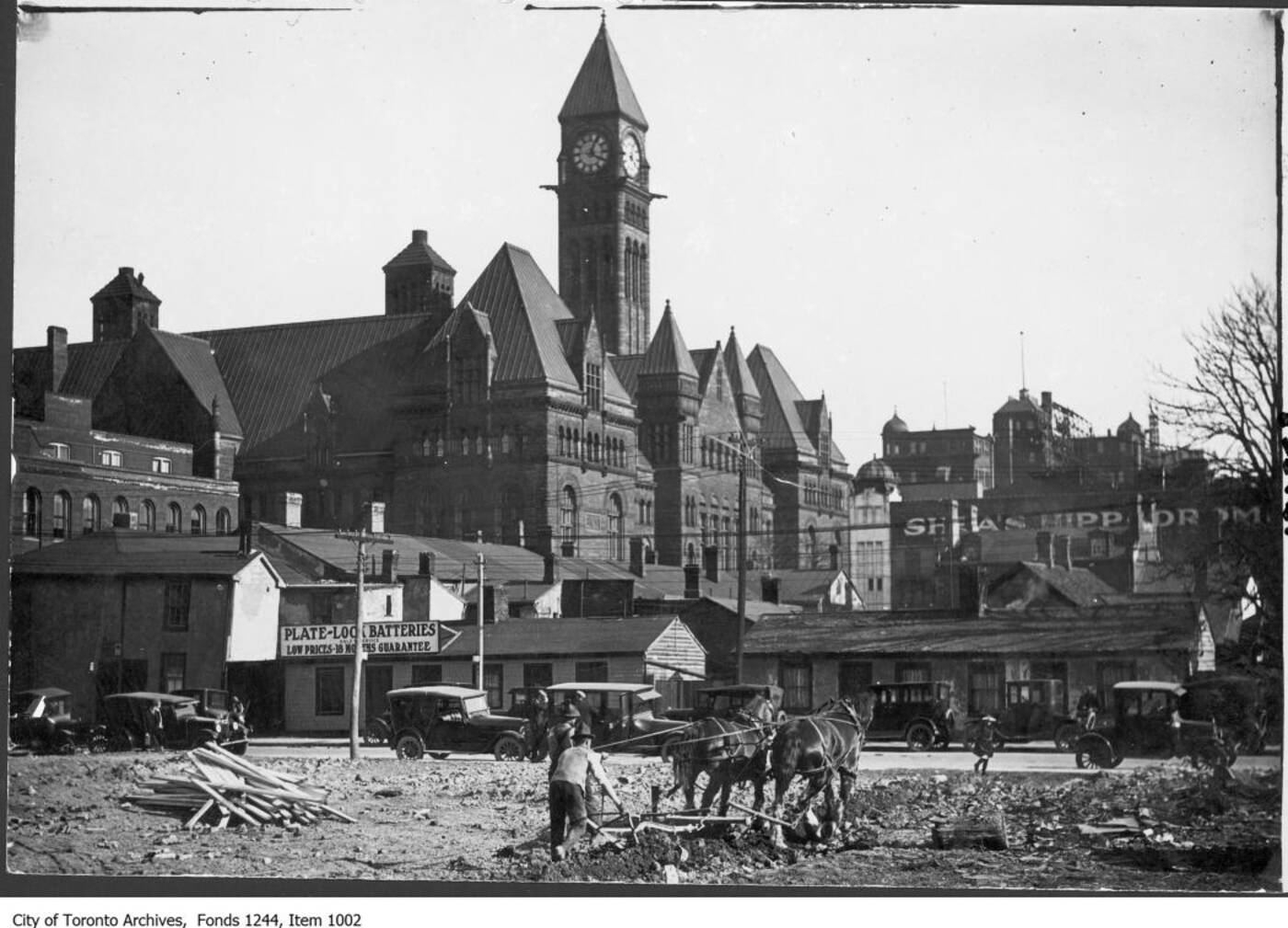 Toronto's most famous lost neighbourhood is probably The Ward, a densely packed and diverse area that bounded by Yonge, University, Queen, and College streets. At various points, it was home to numerous immigrant enclaves, including an early Little Italy and the city's first major Chinatown.

The Ward was notorious for its poor living conditions, as many lived crammed into shacks with little ability to maintain warmth over the cold winter months. Some of its areas were, by all rights, a slum, but it was a crucial starting point for many who arrived in the city, and remains an important part of Toronto's history as a diverse city.

A huge portion of the neighbourhood was razed for the construction of the New City Hall and Nathan Phillips Square in the early 1960s. This had a ripple effect on the entire area, which the city had been gradually redeveloping since the 1920s. Chinatown and Little Italy moved west and by the 1970s, very little of the old neighbourhood remained. 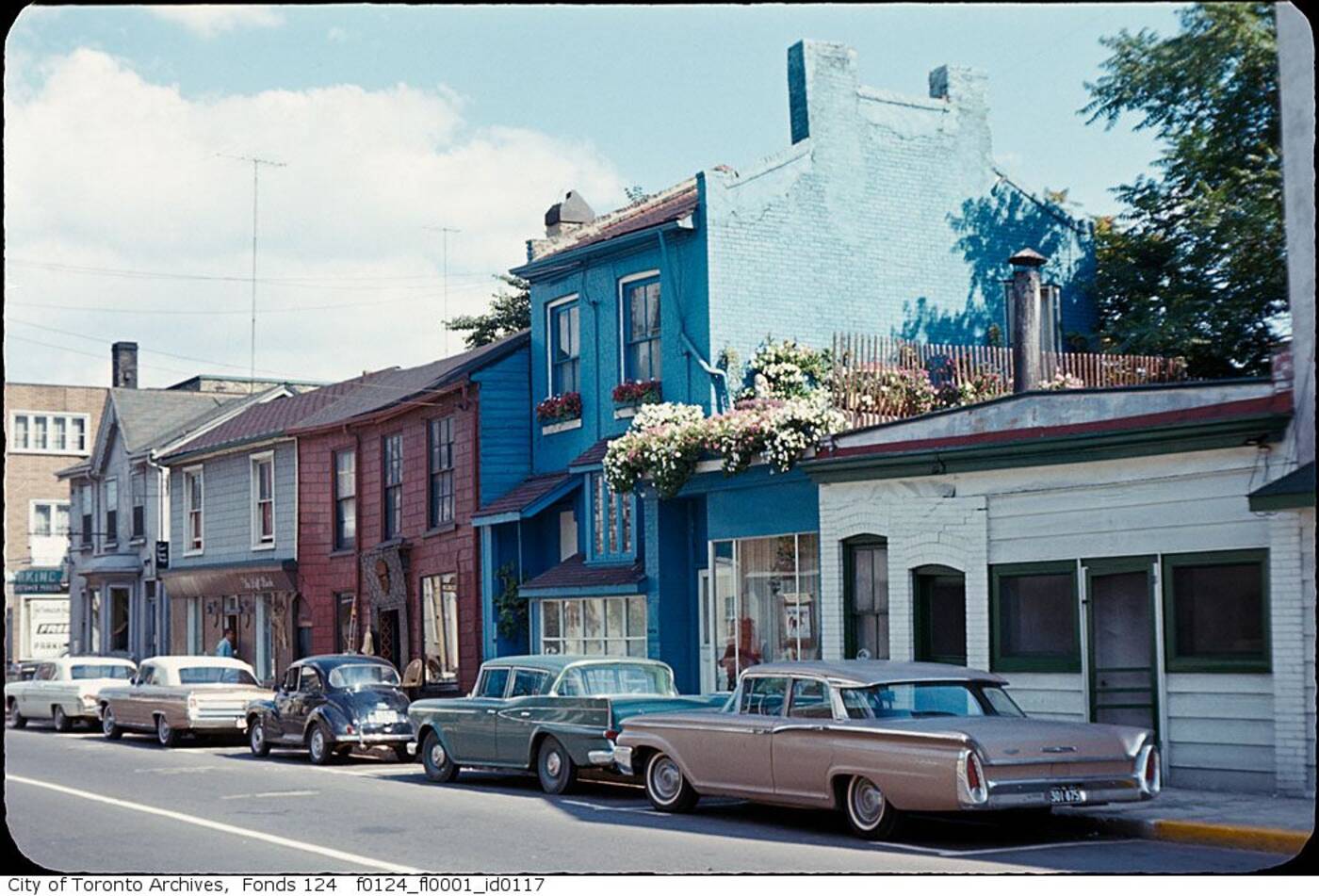 Gerrard Village is another of Toronto's lost neighbourhoods. Located within the broad borders of The Ward, it had boasted an identity quite distinct from the area to the south. This was Toronto's Greenwich Village, a hub of bohemian activity through the 1950s and early 1960s.

Populated by intellectuals and artists, the area surrounding Gerrard and Bay streets featured coffee and books shops, live music venues, and cheap restaurants. It was just a tiny stretch of the city, much like Mirvish Village, but people like Pierre Berton considered it an "intriguing island in the heart of downtown Toronto."

Depending on who you ask, Gerrard Village made it until the early 1970s before its character completely disappeared, though most will argue that the process started in the early 1960s when the nearby hospitals started to expand. There's almost no evidence left of it, save for a short row of Victorian houses just west of Bay St. 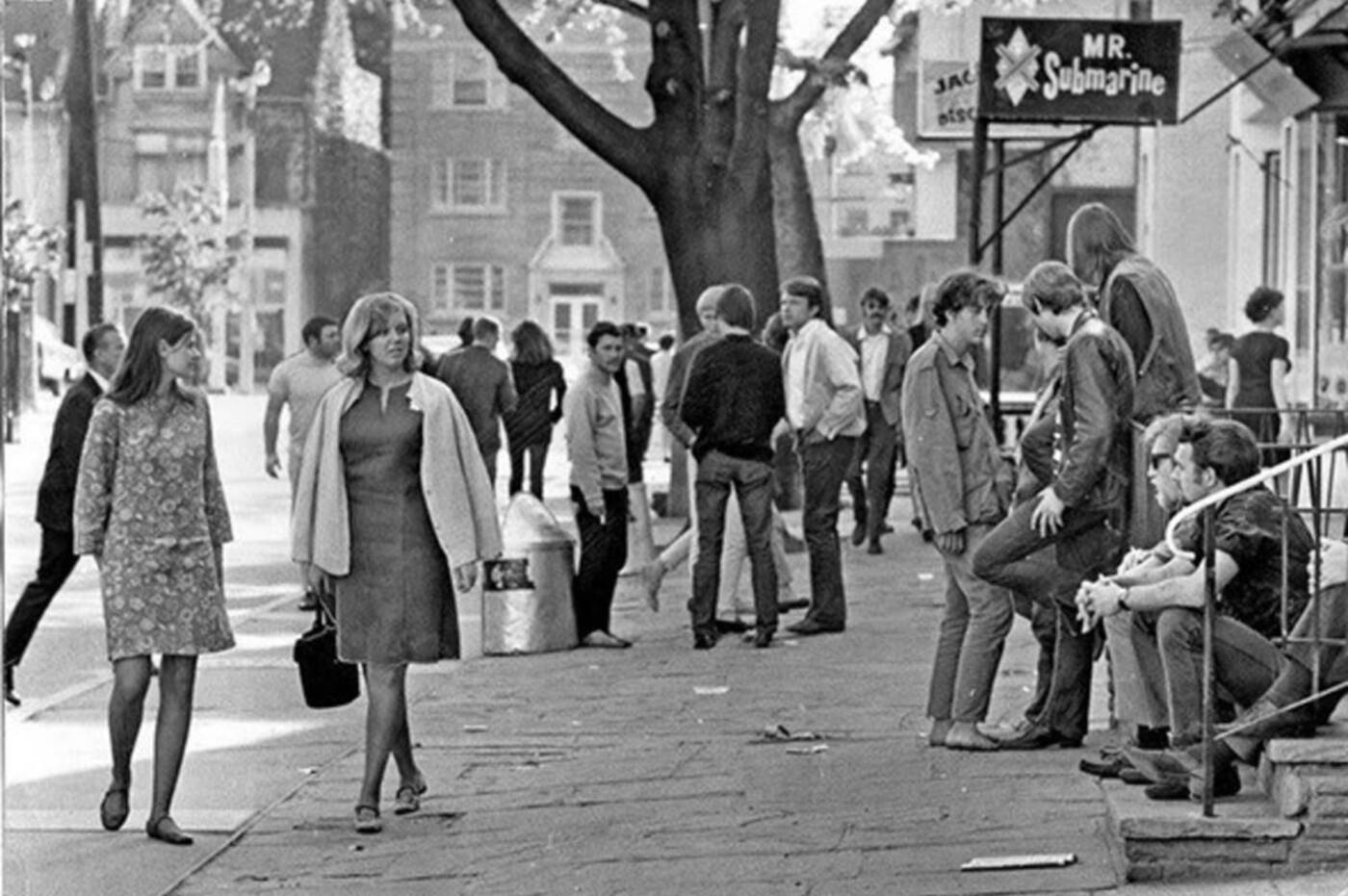 As Gerrard Village felt the pressure of area redevelopment in the 1960s, the bohemians migrated to Yorkville, which had its heyday as the heart of Toronto's music scene and hippie culture throughout the decade.

Spurred by cheap rents, the area exploded with European-style coffee shops and music clubs in the 1960s. Places like the Penny Farthing and The Riverboat Coffee House have since become legendary, even as they closed down decades ago.

Yorkville's stages played host to Gordon Lightfoot, Joni Mitchell, and Neil Young, not to mention a host of touring American bands for whom this was the place to play in Toronto.

Yorkville never disappeared as a neighbourhood, but it's bohemian culture was wiped out by the early 1970s when an increased police presence and development pressure helped to usher in its next phase as an upscale shopping destination.

Primarily a retail destination for the next 40 years, the neighbourhood is once again in the midst of transformation as condo towers rise above the once European-looking streets. 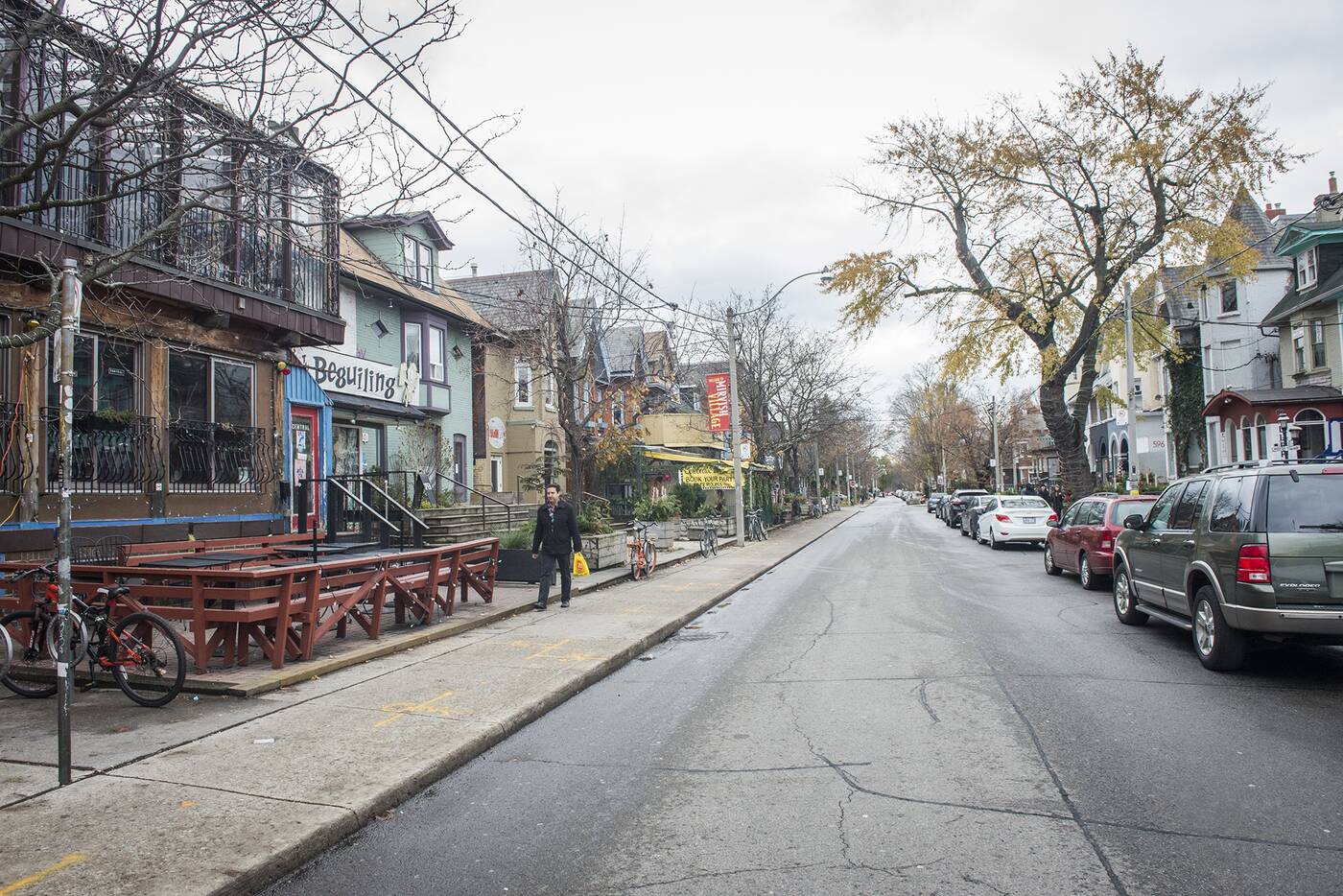 It's rare that a neighbourhood or village would be wiped out in one fell swoop like Mirvish Village, but the process by which such enclaves are redeveloped is constantly at work as both the population and land values increase.

Even old Yonge Street, the heart of seedy Toronto, is not long for this world, as its progressive sanitization reaches its apotheosis in some of the tallest condos in the city.

There is, of course, some hope in all this for those who fear what will happen to places like Mirvish Village. While something is lost in each transformation, the pattern is one of migration. Where one scene fades, another one begins. You can head to Geary Avenue for proof of that these days.

Lost neighbourhoods are inevitable in a city like Toronto, but the things that made them special to begin with are coded into our urban DNA.

Ellis Wiley via the Toronto Archives