You might never guess it to walk by, but inside 34 Isabella St., sits the world's largest independent LGBTQ archive.

Built in 1858, the three-storey house that holds Canadian Lesbian and Gay Archives is bursting at the seams with a mind-boggling number of collections. They also house some of their archival materials at Church and Wellesley and lesser-used materials in a larger storage facility outside of the city. But the real juicy stuff is in this downtown home.

"I think that people are kind of unaware of archives in general, not just the CLGA," says Raegan Swanson, the Archive's new executive director. "It’s one of those things that until you need to use one, you never realize how much they’re used."

All those historical images you see in magazines, newspapers articles or online pieces about LGBTQ happenings in Toronto? Yeah, they probably came from this archive. 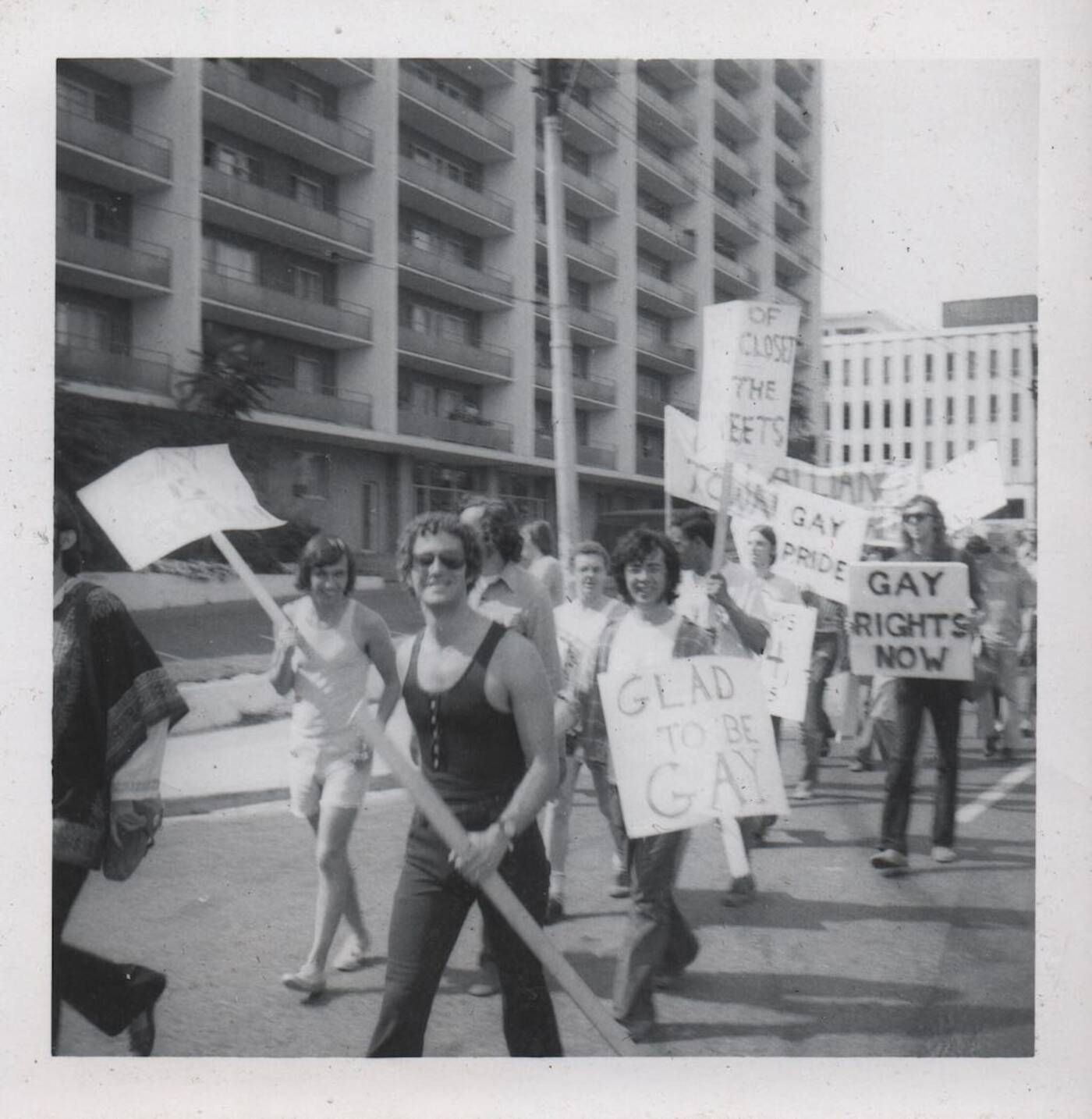 A march during Toronto Gay Pride Week in 1973. Photo courtesy of the CLGA.

Founded in 1973, the CLGA is a treasure trove in the middle of the city, and one that's about to receive a $50,000 sum from the city thanks to a big push from councillor Kristyn Wong-Tam (the house is in her ward) to help make the house more accessible to users with ramps and a working elevator.

The CLGA also survives thanks to the many donors who help keep it alive. And it needs these contributions to help support a full-time staff of three people, about 125 volunteers and seemingly endless amounts of material.

The collections date back over 40 years and even though it's based in Toronto, it houses queer collections from across the country. "There’s diaries, t-shirt collections, matchbook collections, there’s a huge section of audio and visual material and amazing photographs as well as over 5,000 vertical files," says Swanson proudly. 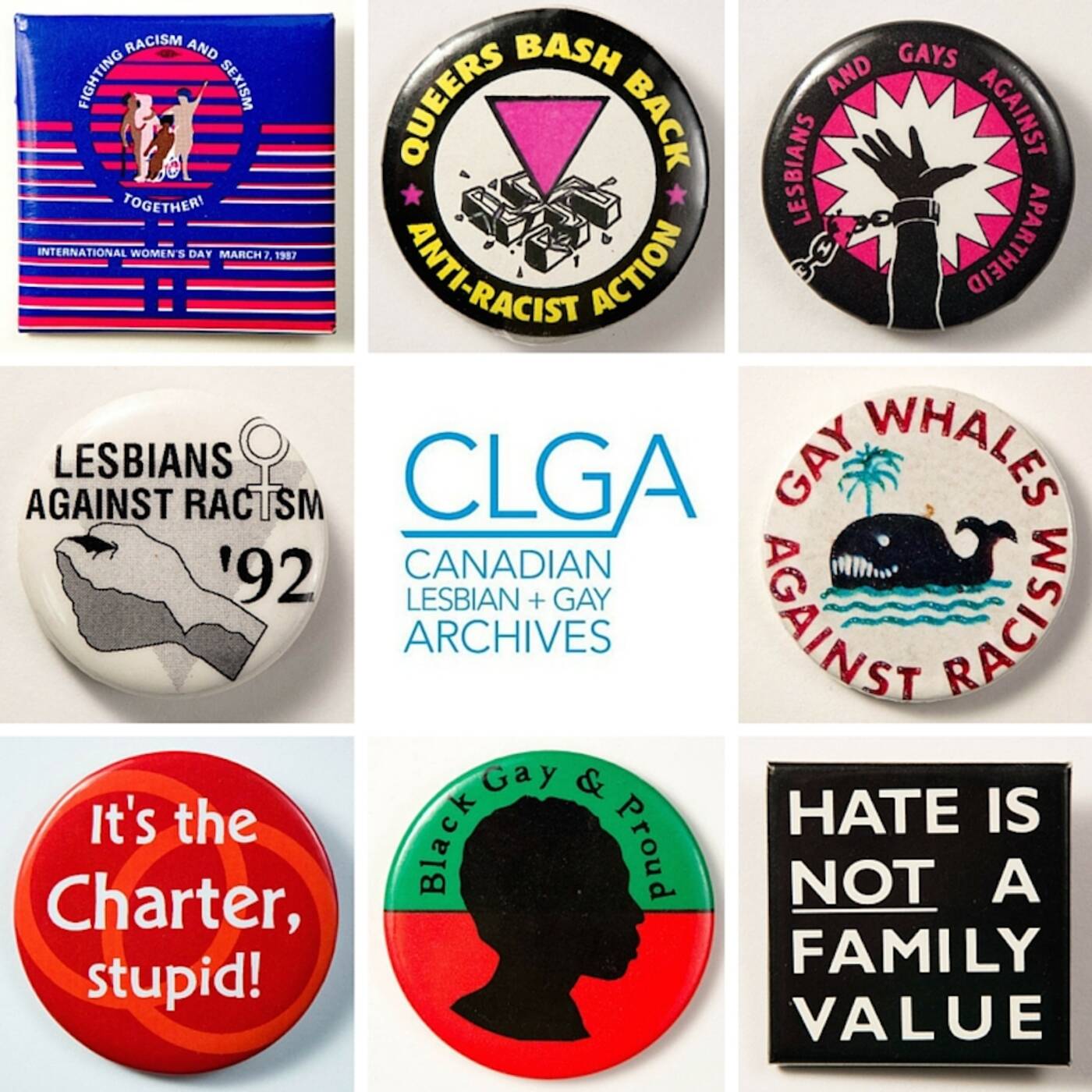 A collection of Against Racism Buttons. Photo courtesy of the CLGA.

Laurie Bertram teaches a fourth year seminar about the history of sex work in Canada at U of T says her students often use the archives, and that more folks should just pop in for fun to see what's up.

"What happened in Toronto was internationally significant. I always get the sense that [the students] reconnect with that history and that they’re always surprised and really excited to see what people in Toronto accomplished," says Bertram.

The CLGA is not only free to access (researches pay a small fee), but it has its own fiction and non-fiction library and a gallery space. 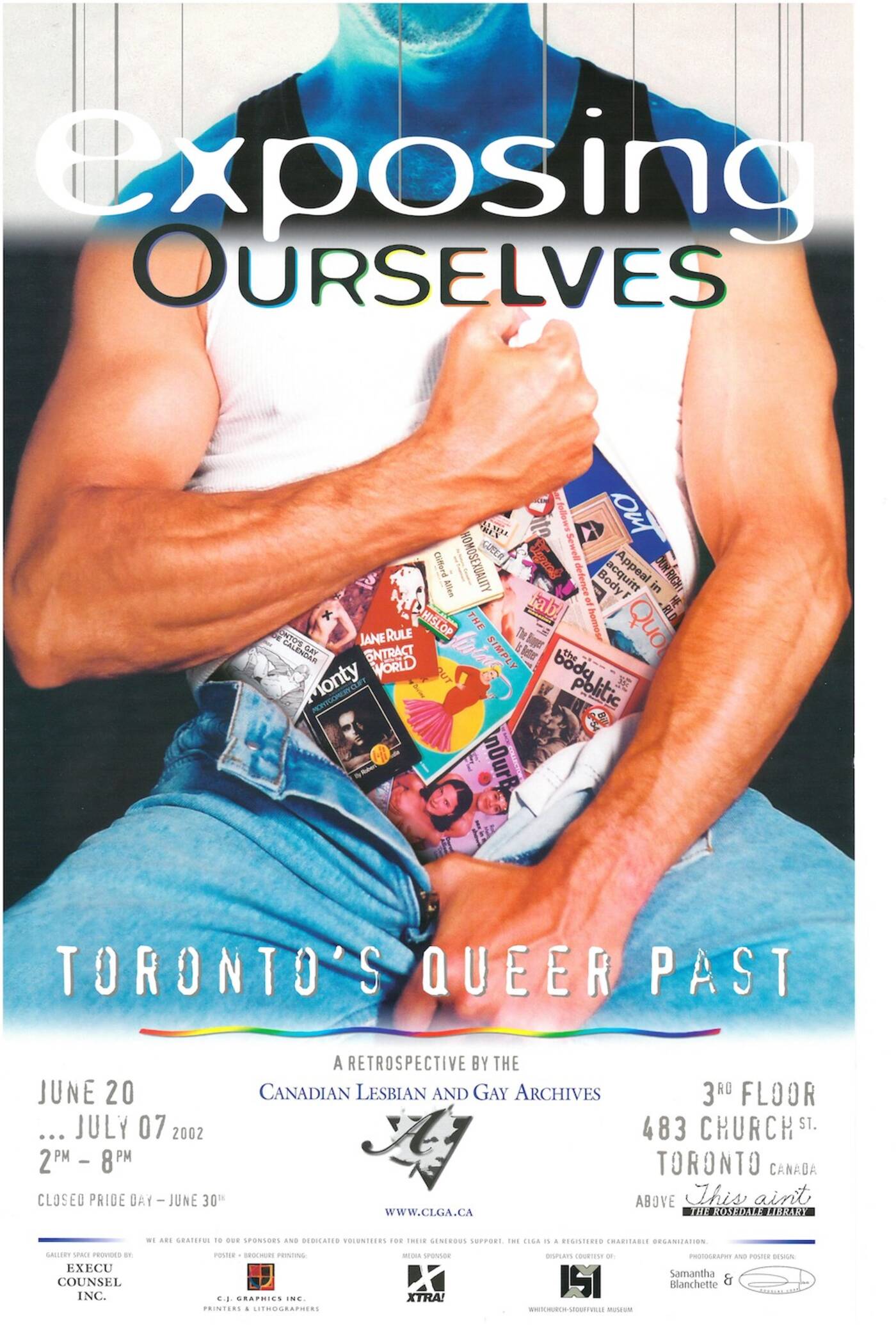 A 2002 Archives retrospective poster. Photo courtesy of the CLGA.

Digging into vertical files like a detective in a thriller movie can be intimidating, but the gallery showcases some cool things Canadian queers have accomplished.

"One of our collections that is close to my heart is the Coming Out Radio Show, Canada’s first LGBT radio show. It was run out of B.C.," notes Bertram.

But beyond the collections, it's the idea of the archive itself that's important to Toronto. 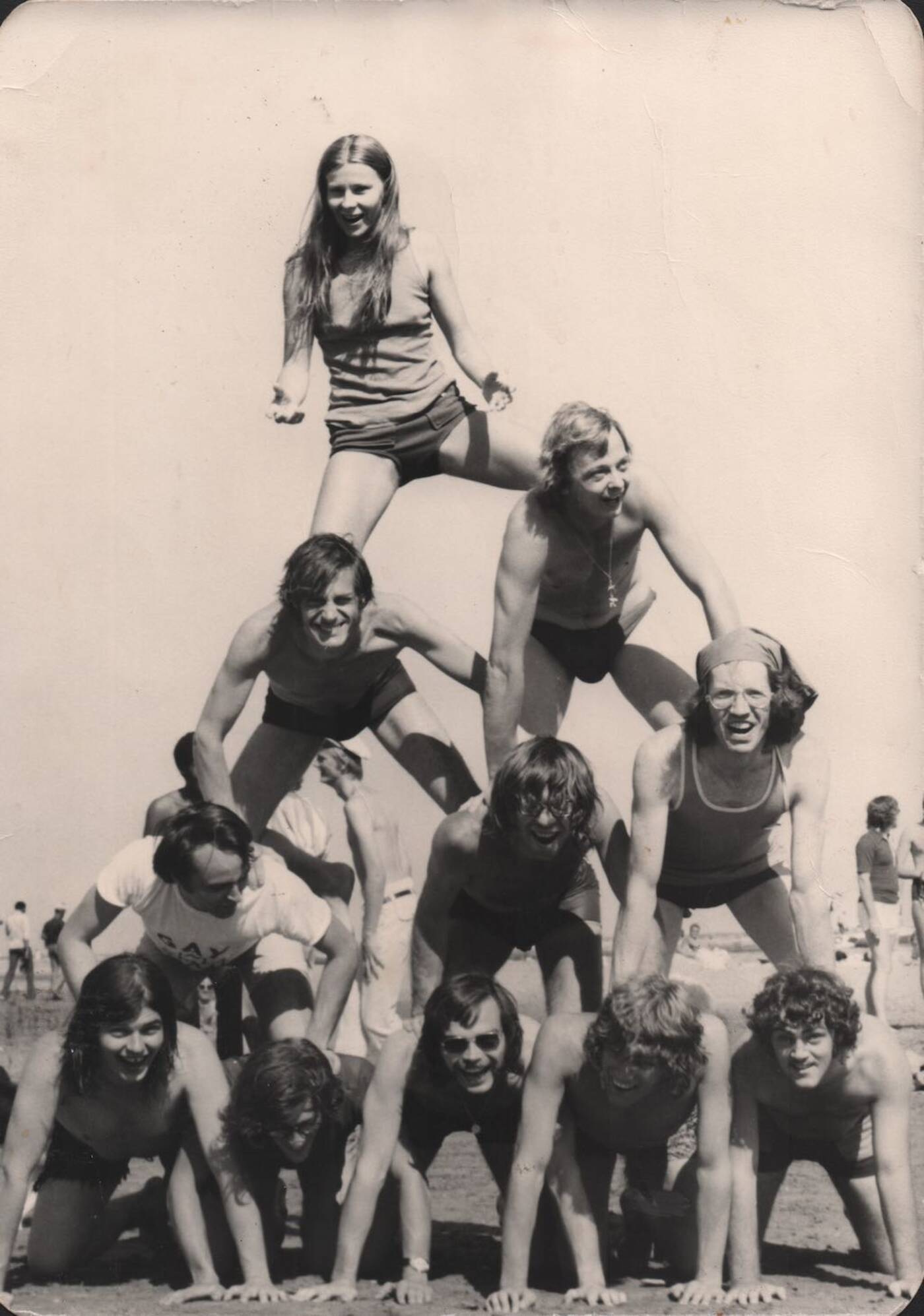 A shot from Hanlan's Point during a Toronto Pride meetup in 1986. Photo courtesy of the CLGA.

"There is some really old thinking that the only archives that really existed were the ones that were created by the government, the church and by universities, and when people started realizing that their stories and their histories weren’t in those archives, that’s when you get this movement of people trying to save their own history," says Swanson.

"Not everybody was baptized, and smaller archives like the CLGA offer a place for people who feel like they’ve been left out of the mainstream narrative to make sure that their history is being put somewhere where people can have access to it."