This street tells a brief history of Toronto in two blocks

Florence Street is about 300 metres long, running from Dufferin to Brock just north of Queen. There's little remarkable about it at first glance, but if you stop to consider its odd hodgepodge of buildings and land uses, plus the sweeping northward curve near its western terminus, you get the sense that there's something intriguing about the place. 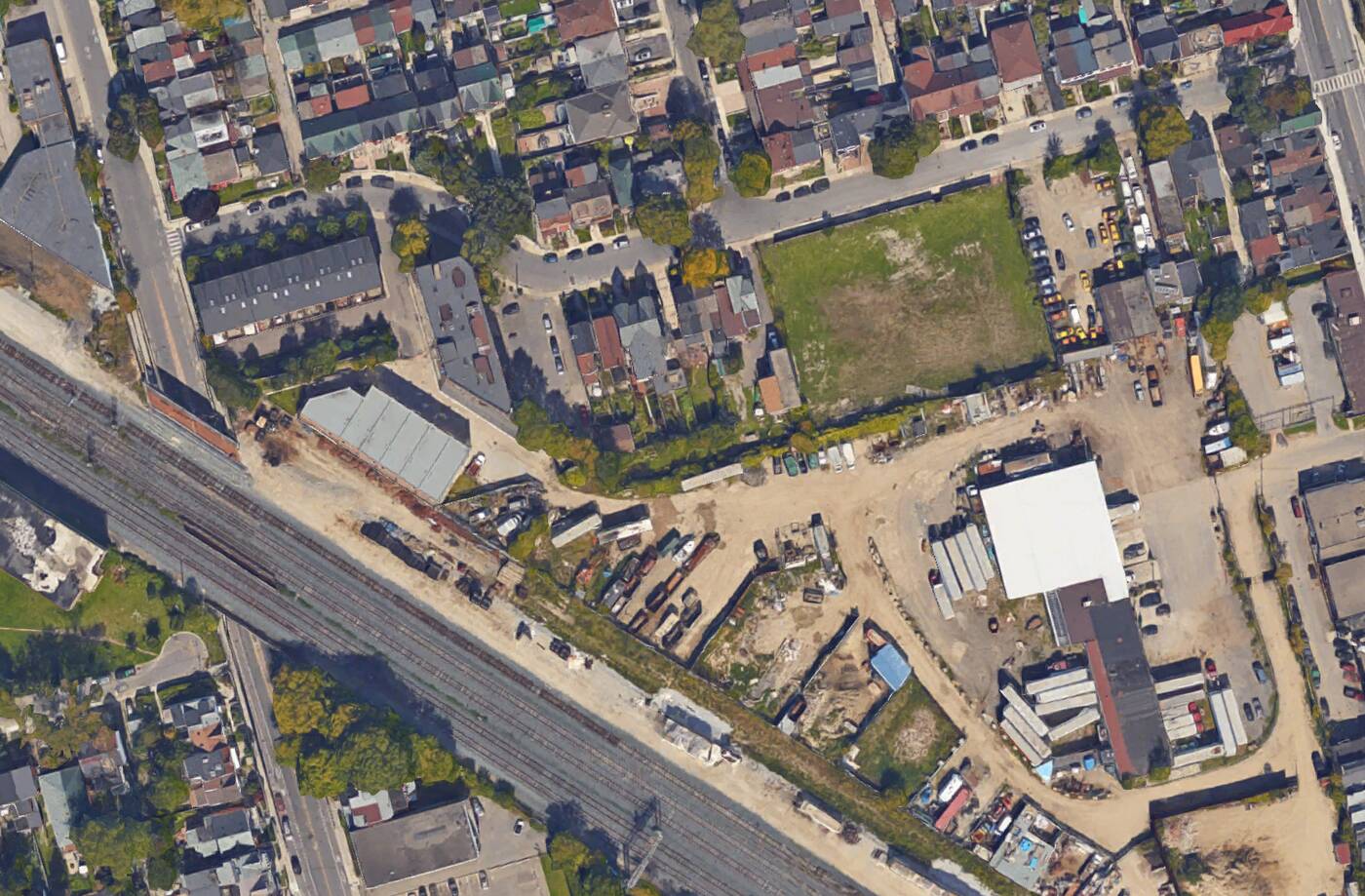 After you dig around and think about it for a while, you realize that this sensation derives from the fact that the street is a palimpsest of Toronto history. In that sense, it's like a living time capsule of the city's development, from a handful of workers cottages nestled beside the railway tracks to a new condo development that's on the way. 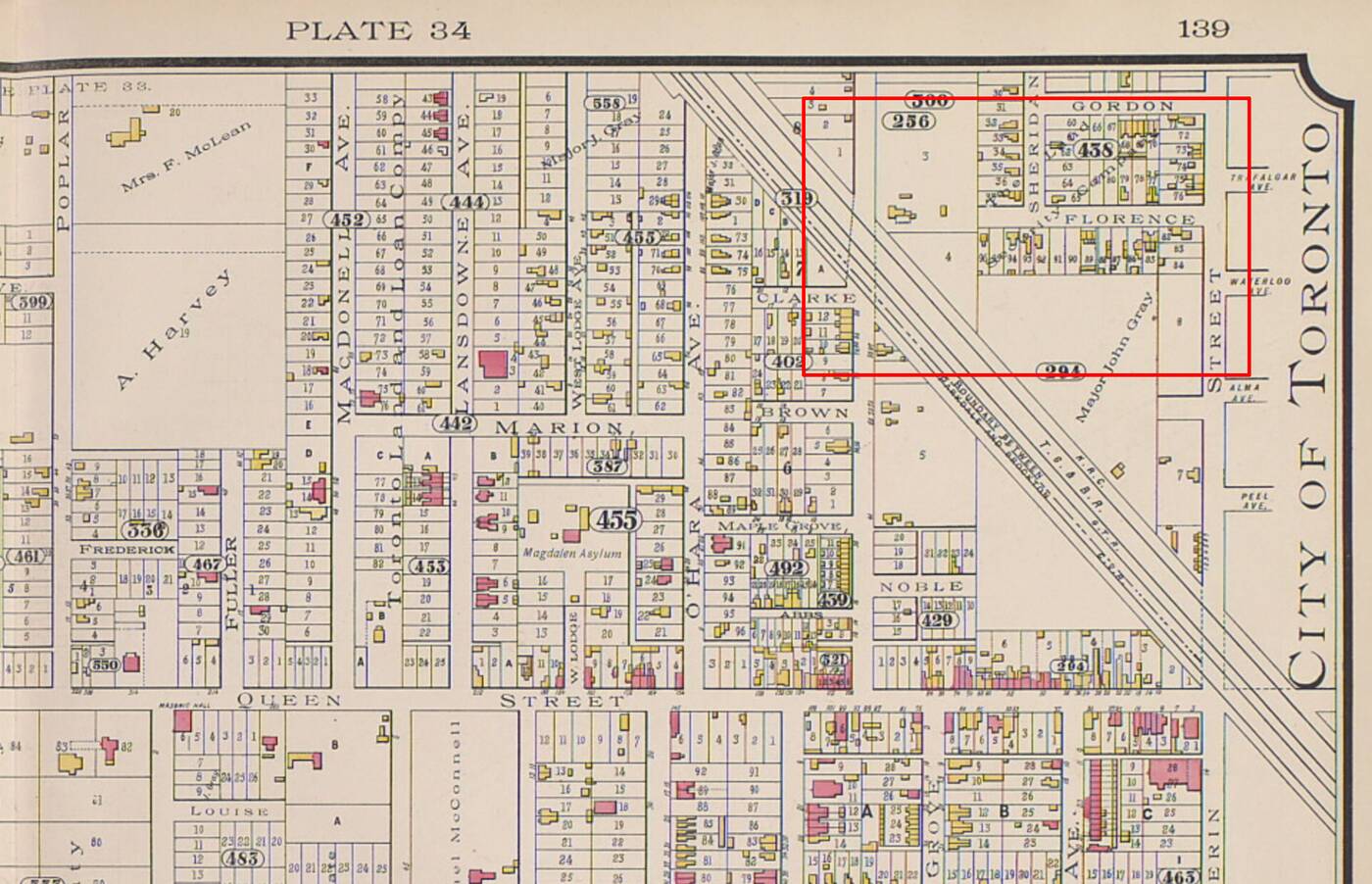 If you go back to 1884, Florence St. was half the length that it is now, ending just past Sheridan St. before it opened onto a plot of land facing Brock St. with a handful of buildings that would ultimately force the street to curve when it was extended west.

Where the street used to end is anything but arbitrary. When it was first laid out, Florence terminated at the westerly edge of park lot 29. The way in which neighbouring lot 30 was laid out didn't take into account the eventuality of the street running through it. 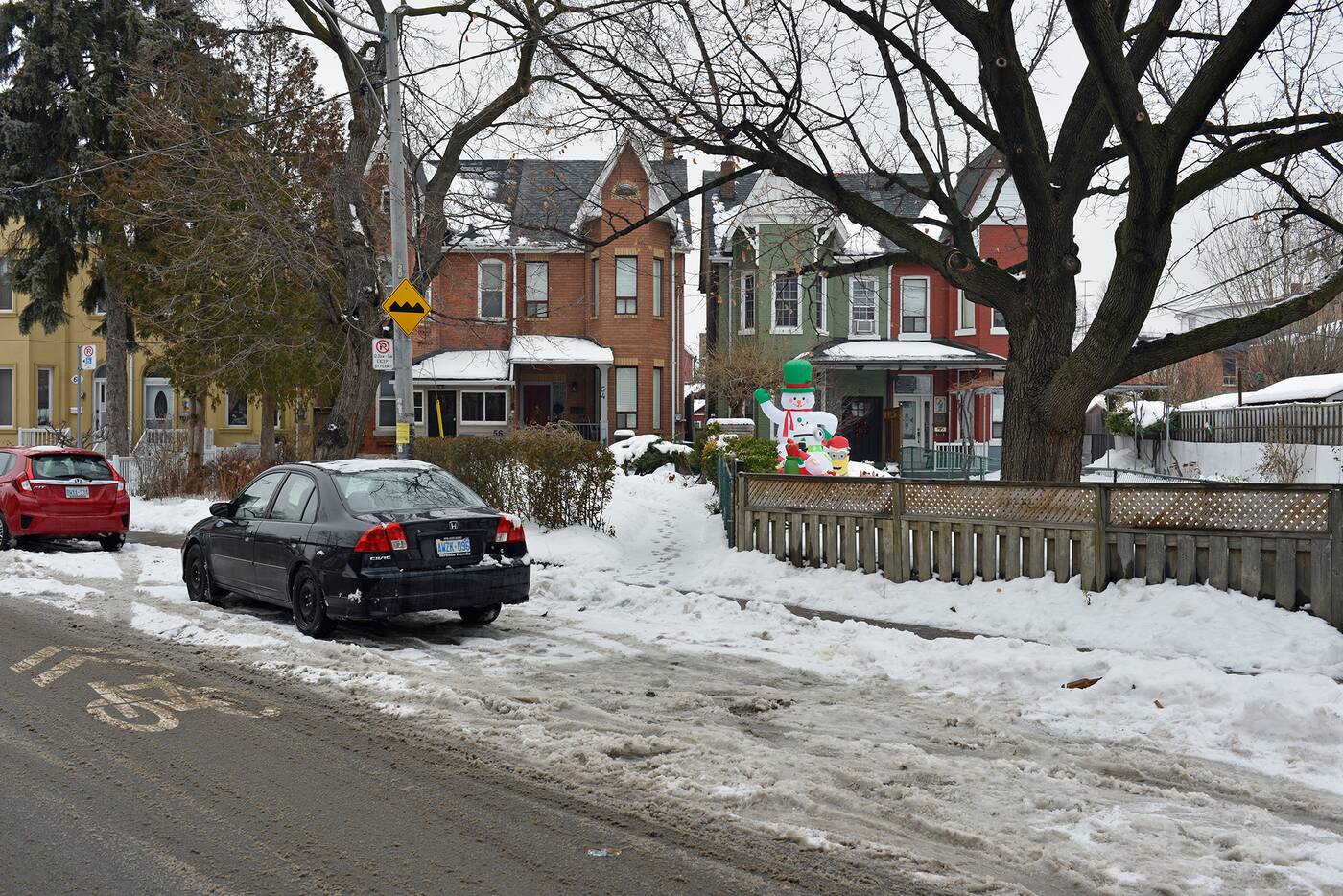 It looks quite strange now because the houses on the north side of the street west of Sheridan have way longer front yards than any of the others. After the street diverted north around the existing buildings, there just wasn't enough room to fit them next to the roadside, so they were set back by necessity.

Little things like this remind us that the city's streetscape is always communicating its history so long as you know how to look for it. 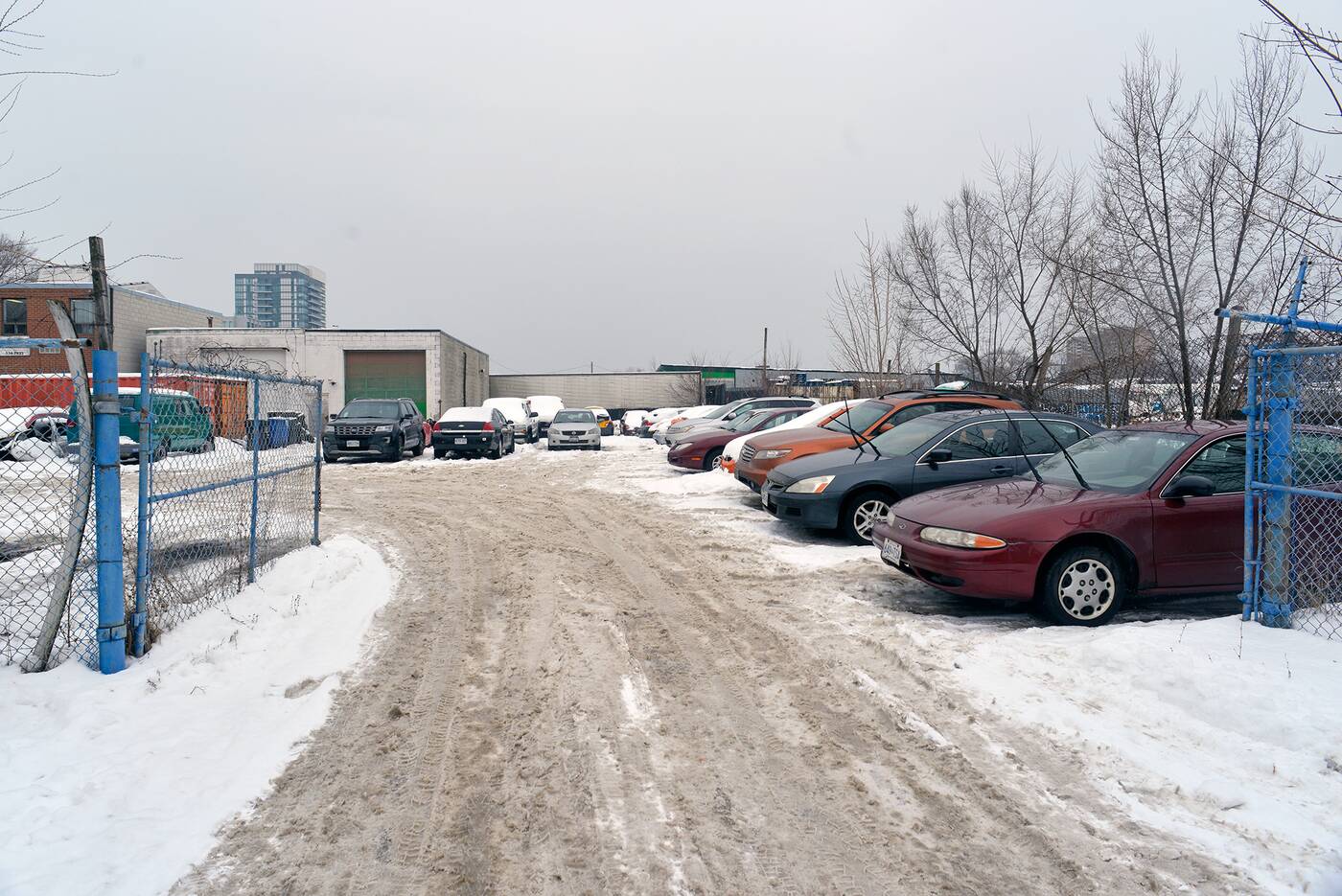 There's more to Florence St. than just its shape, though. Located, as it is, near the CPR tracks, the former industrial character of the south side of the street hasn't been completely wiped out. From parking lots filled with rusting cars to oddly placed buildings south of the street, this is a place that has yet to be entirely redeveloped and modernized. 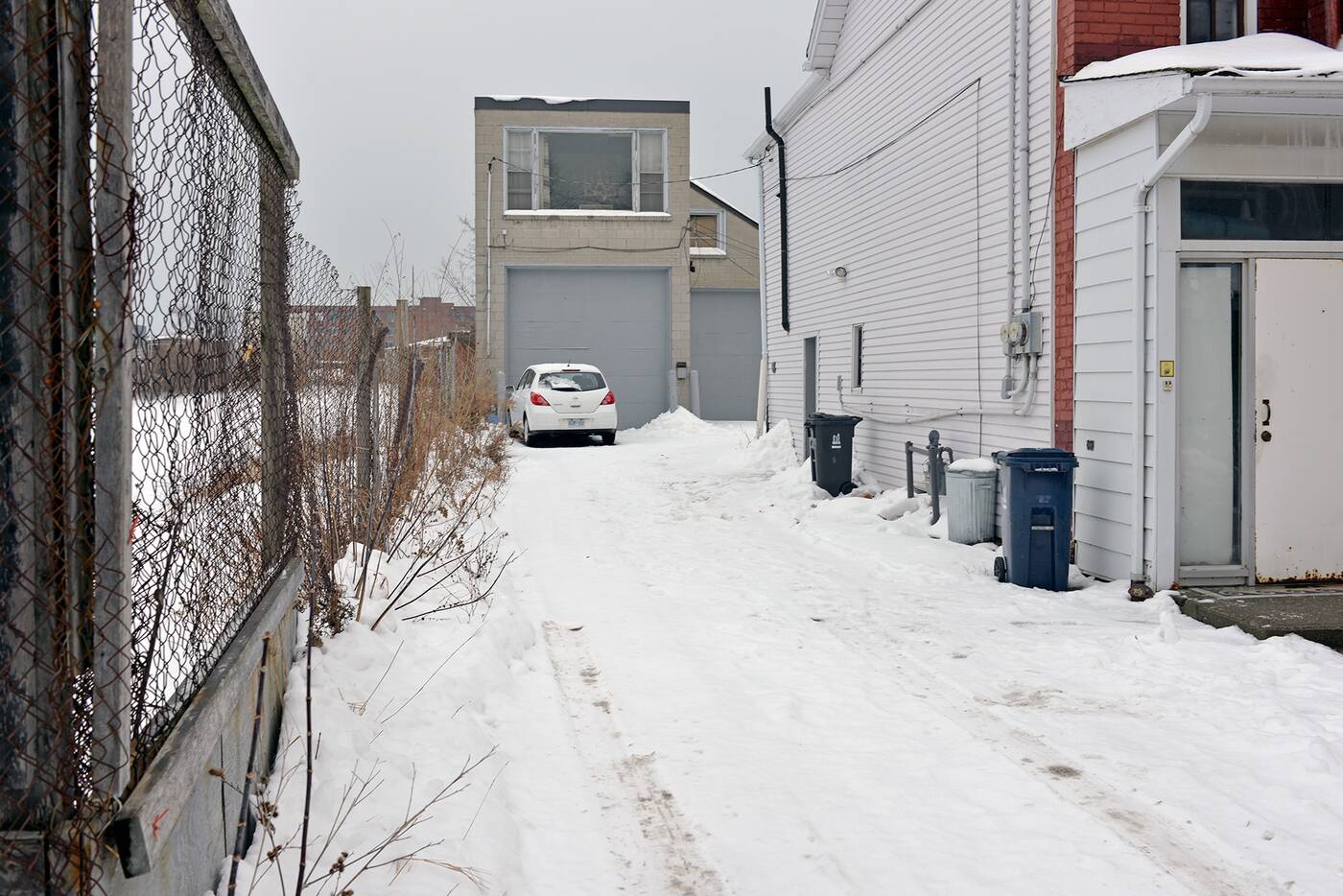 Right now this gives the street a sort of forgotten quality, but that's going to change as Great Gulf moves forward with its Brockton Commons development, which will install 36 new townhouses on the street. 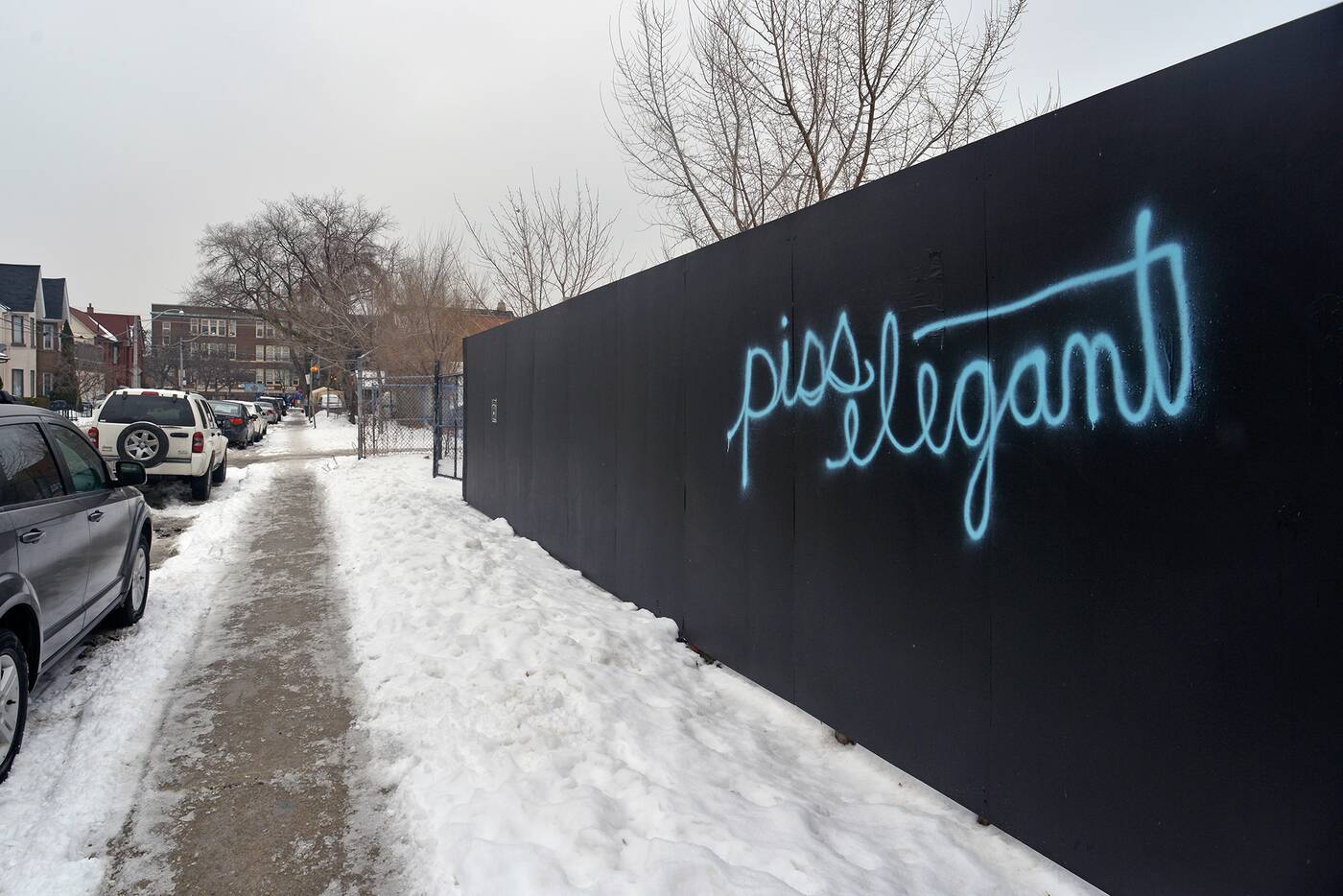 It's a development that fits well enough with the scale of other buildings in the area, but there's no doubt that it will alter the character of the street profoundly. There's already townhouses on the far west side of the street, but the section in question has offered a window to the industrial roots of the neighbourhood for decades. 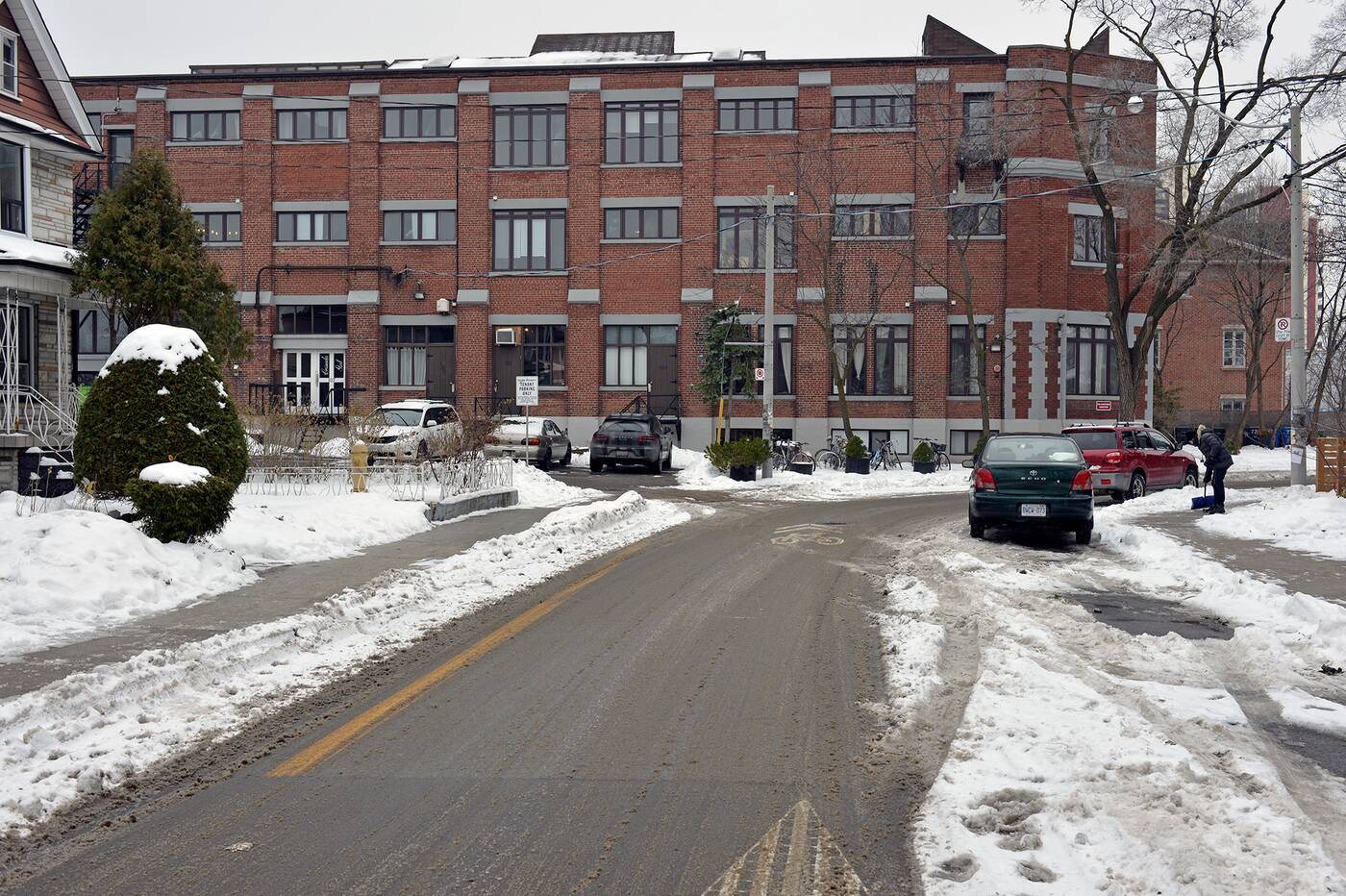 Still, even with the sanitization promised by these shiny new buildings, the presence of nearby 77 Florence ensures that the street won't all of a sudden become residential-only area. This lovely old warehouse-style building is home to an array of artist studios, small businesses, and lofts that add a diversity to the street that most lack. 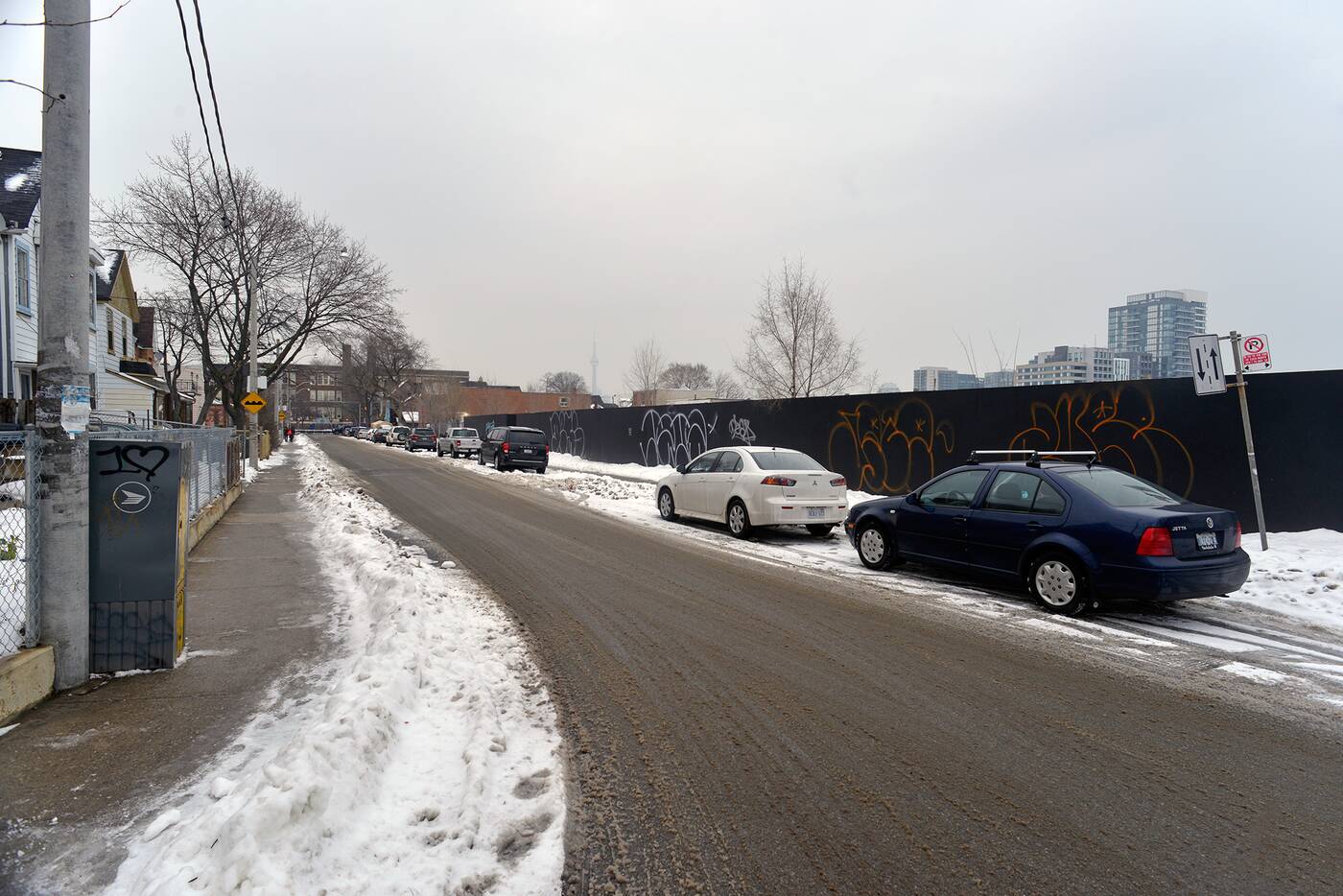 The upper floors here have a majestic view of the Toronto skyline hovering in the distance behind the messy railway lands in the foreground. It's a view from which someone could have watched the city's development boom grow outward.

And now it's arrived here as well.