Toronto is getting a gorgeous new pedestrian mall

Toronto's inventory of pedestrian spaces is about to get a lot more beautiful. Plans for the revitalization of Wilcocks Street were recently revealed by U of T at an open house, and the designs from DTAH Architects look auspicious. Improvements include a new tree canopy, social gathering spaces, a basketball court and a complete revamp of the current landscaping. 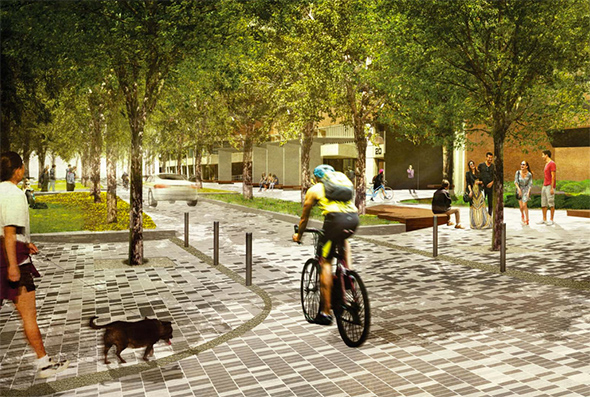 The city first experimented with making Wilcocks a pedestrian-only zone, between Huron and St. George streets, back in 2010 on a pilot basis. Upon conclusion, it permanently closed the street to traffic. Since then, the closure has retained a haphazard look with oversized planters to block cars and some patio furniture to capitalize on the space. 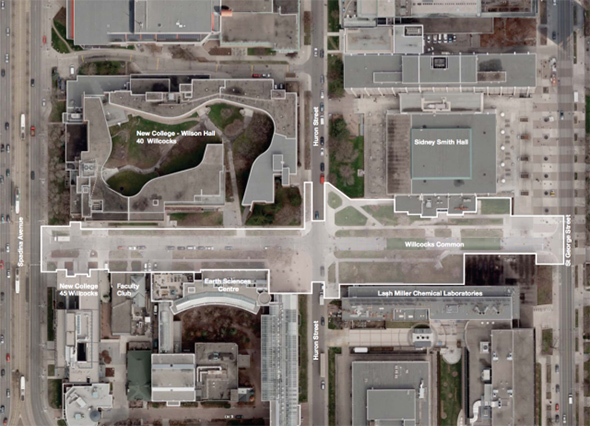 Now it will get the full design treatment it deserves. The plans are in their early stages, but in addition to the beautification, it's possible that the section of Wilcocks between Huron and Spadina will also be closed to traffic. At a minimum, it will be converted into a shared street with a heavy focus on the pedestrian realm. 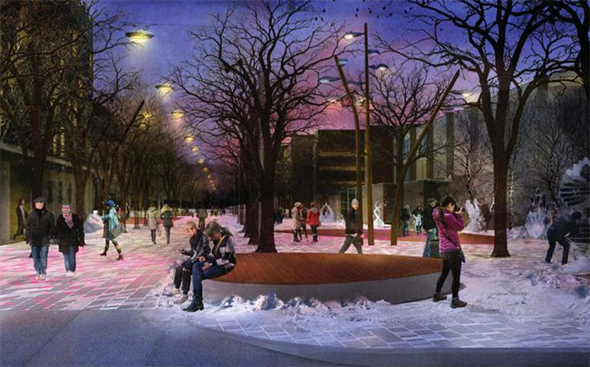 The idea is to promote Wilcocks as a gathering place on campus with infrastructure designed to encourage people to dwell there. Hence, the plentiful benches, grassy areas, tree canopy and half court. The street surface will also be raised so that it blends in with the areas immediately surrounding it; it'll no longer look like a vehicular roadway. 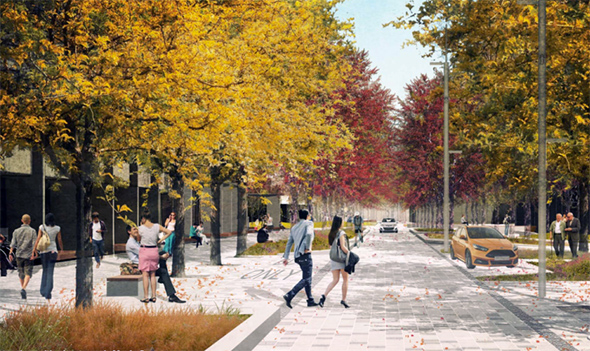 If there's bad news in any of this, it's merely that it's going to take some time to finalize the plans and begin construction. There's no estimated date of completion at the is time, but the project looks very exciting.

Images via U of T and DTAH Architects.