This is what condos should look like in Toronto

Toronto spends a lot of time complaining about condos - and for good reason. The height and density of many proposals being submitted to city planners are almost laughable. But there are good condos being built in this city as well.

They're not always the most architecturally innovative, but properly scaled buildings with obvious design merits do make a positive contribution to the city's skyline and streetscape. Take the 75 on Esplanade, for example. Despite the slightly annoying name, this is a development that gets a lot of things right, starting with the location. 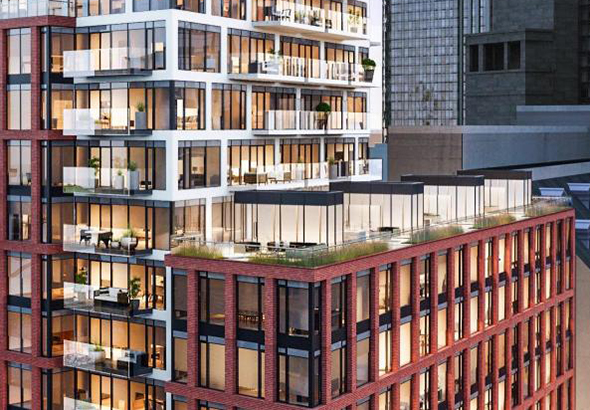 The site of the development is currently a surface parking lot at Church St. and the Esplanade. There's nothing being sacrificed for this building to go up. Moreover, this is an area that's well equipped to handle 29 storeys of density. There's already tall buildings in the vicinity and its near to both the Financial District and the St. Lawrence Market.

The initial height of this development was proposed at 34 storeys by Harhay and Carttera, but city planning staff thought that number was too high, both in terms of density for the area and the shadows the tower would cast. At just below 30 storeys, it's a more comfortable fit with the surrounding neighbourhood. 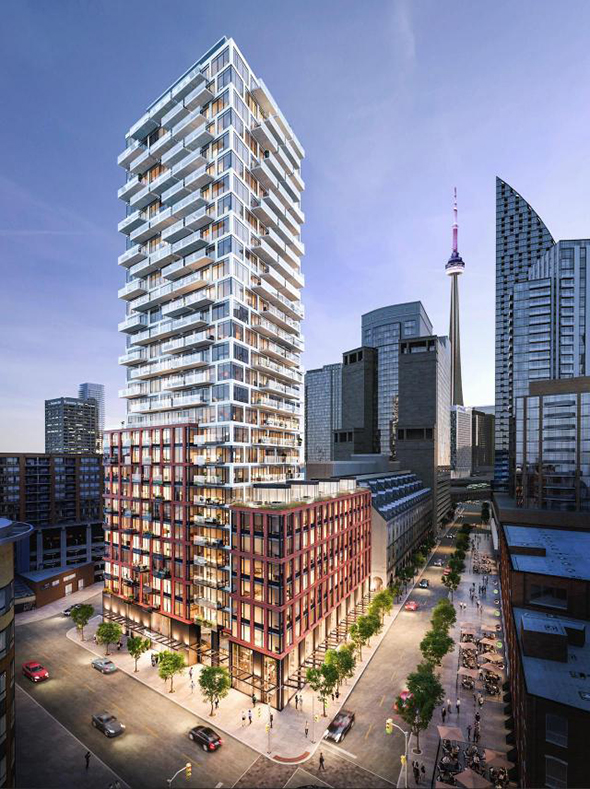 It also doesn't seem that imposing thanks to the significant brick podium, which is meant to respect the historical character of existing buildings in the area. The tower is considerably set back from the podium, which helps to mitigate the monolithic appearance that many of our glass towers have. architectsAlliance have done a good job in designing a building that feels adequately human.

Also impressive is the plans for the unit types, which include 39 three bedrooms of the 302 that make up the total number. Toronto needs more family friendly condos, and these larger units will help to address that, at least as far as this development goes.

75 on Esplanade won't go down as one of Toronto's architectural monuments, but it serves as a good example of the type of buildings that improve the city's streetscape.